The show must go on – but pandemic makes it difficult 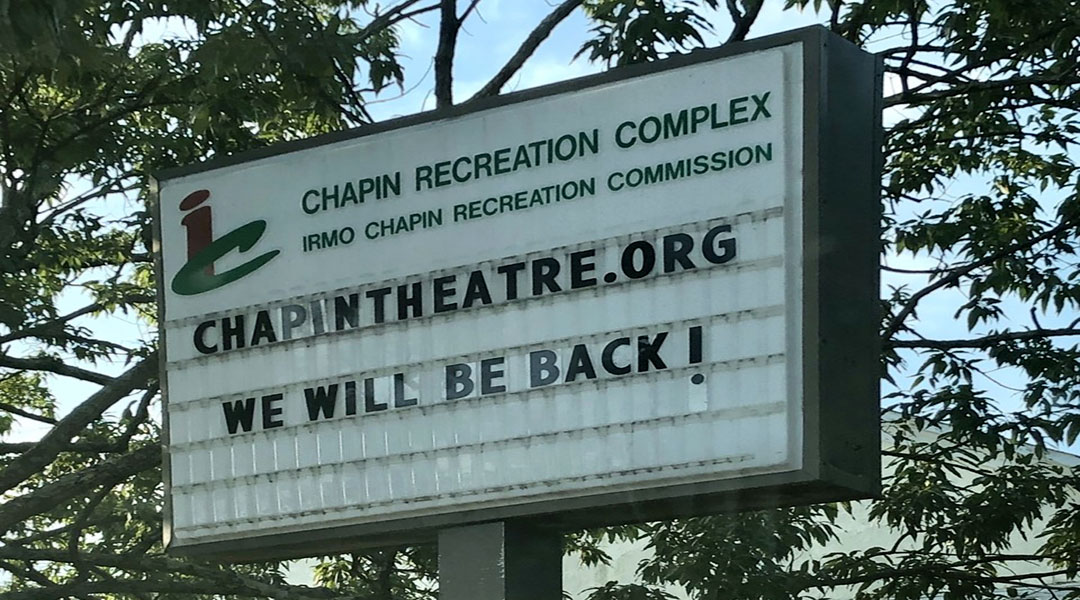 The sign at Chapin Recreation Complex reminds passersby that local theatre will return after the pandemic and offers up this cheerful message: “We will be back!”

Behind the scenes and on stage is where theater manager Jim DeFelice would rather be. Instead, as a deadly pandemic swept the country, he had to shut down his only creative outlet: Chapin Theatre Company.

In March, Chapin Theatre Company closed its two theatre locations, in the Firehouse Theatre at American Legion Post 193 and Harbison Theatre at Midlands Tech campus. It also suspended its 2020 shows and rescheduled them for next year. Actors were rehearsing “Clue,” the murder-mystery game turned show, when the outbreak occurred.

“We were right in the middle of rehearsing a show that everyone wanted to do and there was a lot of buzz around it,” DeFelice said. “It was difficult to give that up.”

DeFelice said the people within Chapin Theatre Company were a tight community. Now, with the coronavirus, the only safe way for them to communicate is via Zoom, but in theater it’s not always a good alternative.

A student theater trip to the annual “She NYC” arts festival in New York was cancelled after the outbreak and held via zoom, but according to DeFelice, it wasn’t the same.

“Everyone kept their distance and it was kind of an odd experience to try to do something like that,” he said. “It doesn’t really work.”

DeFelice doesn’t have a set date for reopening the theater, but when he does he wants to take the right measures for keeping everyone safe.

DeFelice is only one of many people around the state whose art and cultural institutions experienced the hard effects of Covid-19. Organizations in visual art and dance are also adjusting to a more socially distant crowd during the pandemic.

Columbia City Ballet, a major performing arts organization, was forced to shut down operations and events after the outbreak.

Executive and artistic director William Starrett said he cancelled a total of 14 performances and other events. When the organization closed in March, Starrett had to work remotely from home along with the finance director and director of development. The virus also impacted performers and cost some employees their jobs.

“We have 27 professional dancers who are on the unemployment rolls along with our ballet mistress, costume supervisor, technical director, and crew members,” Starrett said. “Our marketing director has been reduced to one day per week, and we have temporarily eliminated our company manager position.”

Columbia City Ballet reopened in June, but performers are still unable to have performances and events.

After reopening in June, the Columbia Museum of art followed the “museum-from-home” movement to help museum officials  shift gears during the pandemic. The visual arts center went from in-person bands and exhibition openings to digital content engagement, collaborations and virtual meetings.

The transition wasn’t all bad, but according to Erica, the visitor experience and communications coordinator, “it made everything different.”

Jobs changed overnight, everyone was working from home and the part-time staff were on paid leave.

“For me, the challenge part was trying to figure out what we could do without being in the building, so we had to use a lot of content and resources that we already had,” Thomas said. “So it was like just figuring out how to reuse that and make it fresh.”

The museum-from-home movement for Columbia Art Museum featured digital content, social media engagement and zoom meetings. Thomas said working from home called for webinars and collaborations which made it easier for her.

“There’s a lot of support in the museum community where there was a lot of collaboration with our colleagues around the world, but in America particularly,” Thomas said.

Since June, Thomas said business has been slow, but good.  She believes that the online museum-from-home digital movement could be something that stays with them.

“People are still coming in, but I think that because of the digital side of it with the museum-from-home we’ve been able to reach a larger audience,” she said. “Like, not just people in Columbia but all over.” 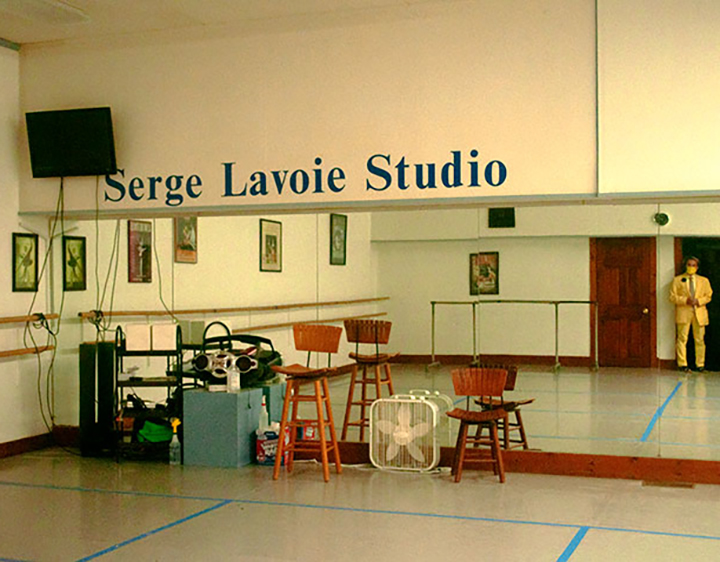 William Starrett, artistic director of Columbia City Ballet, stands inside the empty “Serge Lavoie Studio” on a tour of the performing arts institution. 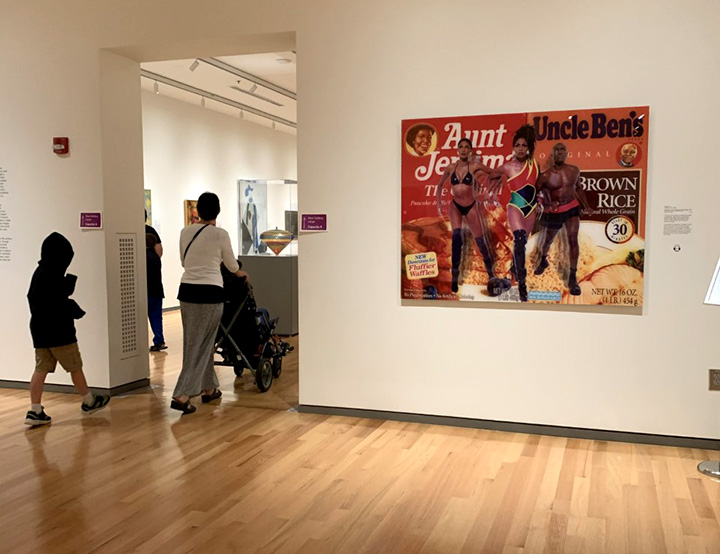 Visitors leave one of the small galleries inside Columbia Museum of Art. The small gallery had a limited capacity of two guests at a time in the room. 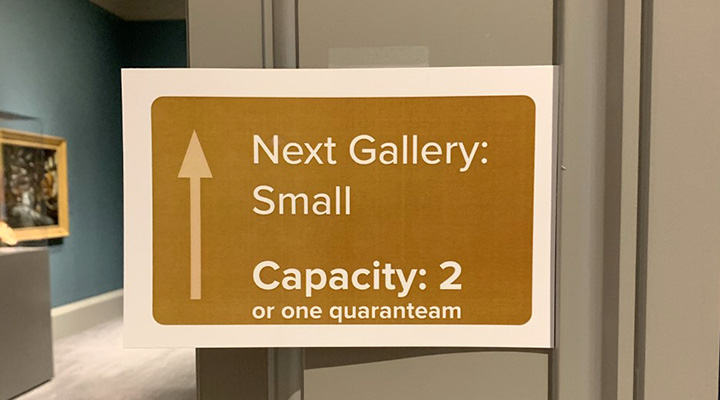 Covid-19 signage is posted outside each gallery inside the museum. 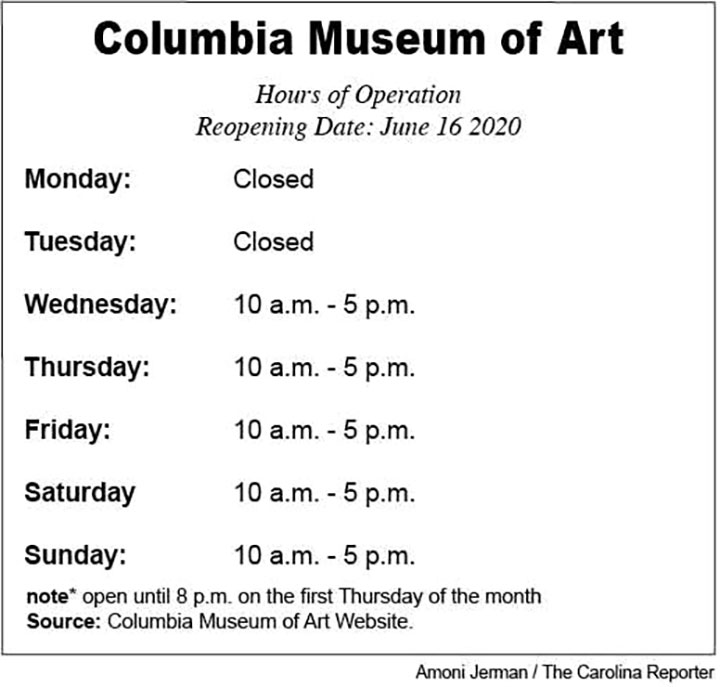