The state of coronavirus: Panic to possible pandemic 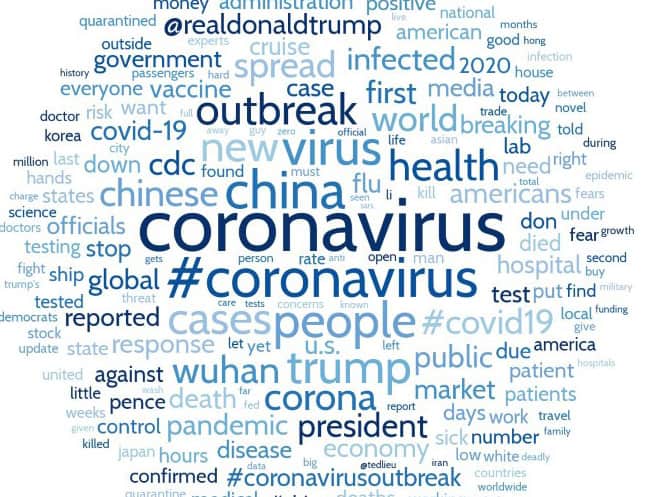 By LAURRYN THOMAS and SAVANNAH KENNEDY

Tensions were elevated in South Carolina as a handful of cases of the novel coronavirus were reported this week in neighboring Georgia and North Carolina and local officials began preparing for possible scenarios to stave off the disease.

Richland County schools sre strategizing ways to stop the disease from spreading among students while still giving them a good education. Benjamin said eLearning might be a viable option.

“We are making preparations for employees to work from home, if that becomes necessary,” Columbia City Manager Teresa Wilson said.

The city of Greenville bought hundreds of masks and gowns, along with other supplies, for first responders as they gear up for potential cases, the Greenville News reported.

Earlier in the week, Gov. Henry McMaster urged people to remain calm but be extremely diligent about handwashing.

“If you don’t want to be a case, wash your hands with warm water and soap,” McMaster said. “As you can tell, we’re like the Boy Scouts. We’re prepared.”

The state of COVID-19

The first case of the novel coronavirus, also known as COVID-19, emerged in Wuhan, China on Dec. 31. The outbreak is linked to a live animal market, according to the CDC. Animal coronaviruses are typically not capable of spreading to humans, so the origin of COVID-19 only adds to the global confusion.

The infection is mainly spread through close person-to-person contact, but can also be spread through surfaces. Since the new year, COVID-19 has spread worldwide, killing almost 3,500 of the 100,000 people who’ve contracted it.

In addition, COVID-19 symptoms – fever, cough and shortness of breath – could take two to 14 days to present after the initial exposure, according to the CDC. This, along with the methods of spread, make it particularly hard to contain and understand the scale.

As the coronavirus continues to impact the globe, more and more people are seeking treatment. Although hospitals are more equipped to handle these cases and protect their current patients than they once were, they are still pleading for more test kits in areas with more cases.

According to the CDC, the disease is most deadly to “older people and people with certain underlying health conditions.”

COVID-19 is not a death sentence for all who get it, and most people can overcome the disease after quarantining themselves for at least 14 days.

Congress approved an $8.3 billion fund to combat coronavirus, and it’s expected to be signed by President Donald Trump soon. Vice President Mike Pence, head of the Coronavirus Task Force, announced a more effective treatment will be available in a few months.

The novel coronavirus has had massive consequences on the global economy. The travel industry is taking the biggest hit, as many people fear flying internationally could lead to quarantine, sickness and even death.

While people can cancel a one-week trip, university students across South Carolina who bought a one-way ticket to study abroad were faced with a harsh reality. What was supposed to be a positive, immersive experience quickly transformed into a panic to get home.

“It all started five days ago and, as each day went on, more people got sent home and more people, and I was just waiting,” said Maddie Brotherton, University of South Carolina student studying abroad in Florence, Italy.

Brotherton desperately hoped the disease wouldn’t ruin her semester abroad. She tried to ignore warning signs about coronavirus, but it quickly became clear how serious the situation was when universities, including the University of South Carolina and Clemson University, ordered students to return home.

“It’s just disheartening, I chose to step outside my comfort zone and do something,” Brotherton said. “And then I get here and I’m starting to adjust, and I’m told to go home.”

Bethany McAlister, who is studying abroad in Vienna, Austria, is anticipating getting sent home as more cases surface in bordering countries

“It is almost the end of the 14-day period that they say symptoms show from when the first case was confirmed in Austria,” said McAlister. “The next two weeks will be very telling.”

Students being sent home are recommended to self-quarantine for 14 days and then will finish their classes online.

Peng Yui is from the Henan Province of China, near Wuhan, where the coronavirus started. Yui is studying finance at the University of South Carolina, but his parents still live and work in China. Throughout the epidemic, Yui’s family has had to stay indoors and work from home.

“If you want leave to go outside, you have to have special ticket. If you don’t have you cannot go outside,” Yui said. “For one family, you will get 1 ticket. You can go outside one time in two days to go out and get food.”

Yui originally planned to go home to Henan for the summer, but now expects to stay in the U.S. for the rest of the year because of travel restrictions.

While in China many are required by the government to stay inside, Brotherton said Italy is very different.

“I don’t feel like I’m at risk at all, people are not wearing masks, it is not even in this region,” Brotherton said. “It has not affected locals. It has affected tourism.”

Travel agent Jane Franks of Forest Lake Travel said she has been getting many calls, but her company is following what the Centers for Disease Control and Prevention advises on travel restrictions for airlines and cruises.

“I would tell people to get a travel size pack of Clorox wipes and definitely wipe down the tray and the seatbelts when getting on an airplane,” said Franks.

While many people are deciding whether to postpone, or even cancel, travel plans, Franks said to base your decision on location.

The CDC created a level system applicable for each country based on the level of confirmed coronavirus cases.

Watch Level 1 locations are safe to travel to for those who are healthy. Most countries are currently at this level, including the U.S. Alert Level 2 destinations are considered a risk to older people or those with compromised immune systems that need to be considered when traveling to these places.

Warning Level 3 places include China, Italy, Iran and South Korea. All non-essential travelers are discouraged from going to these locations because of widespread sustained transmission. 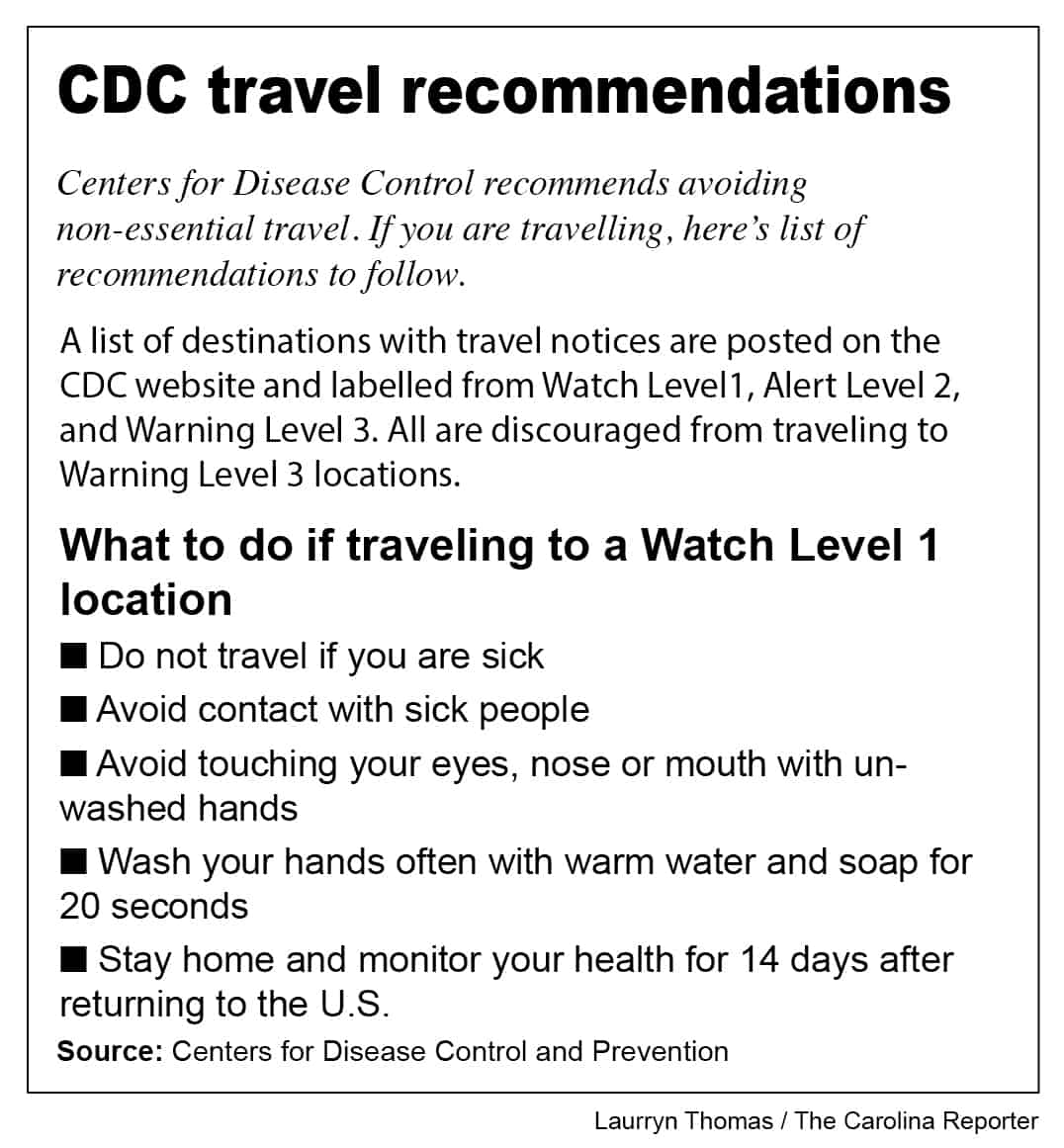 Follow these tips to stay safe during your spring break traveling. 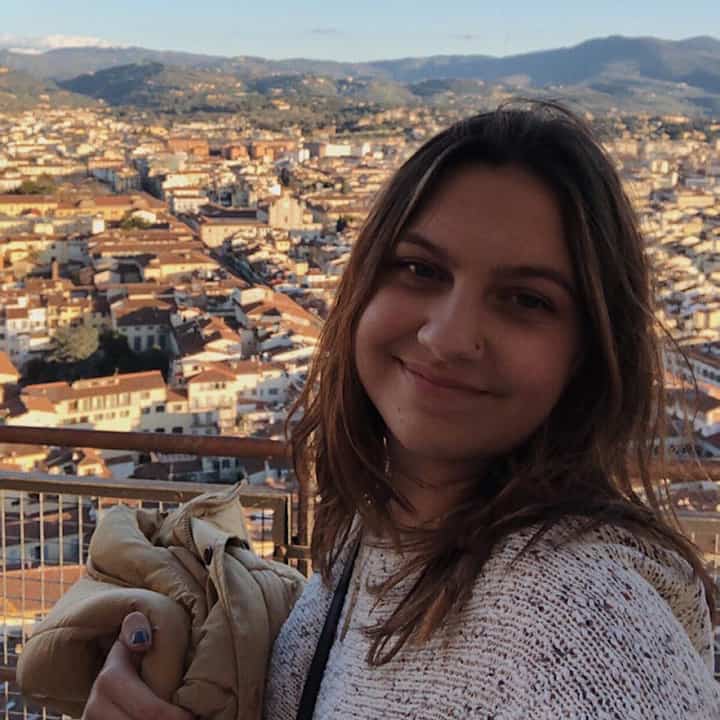 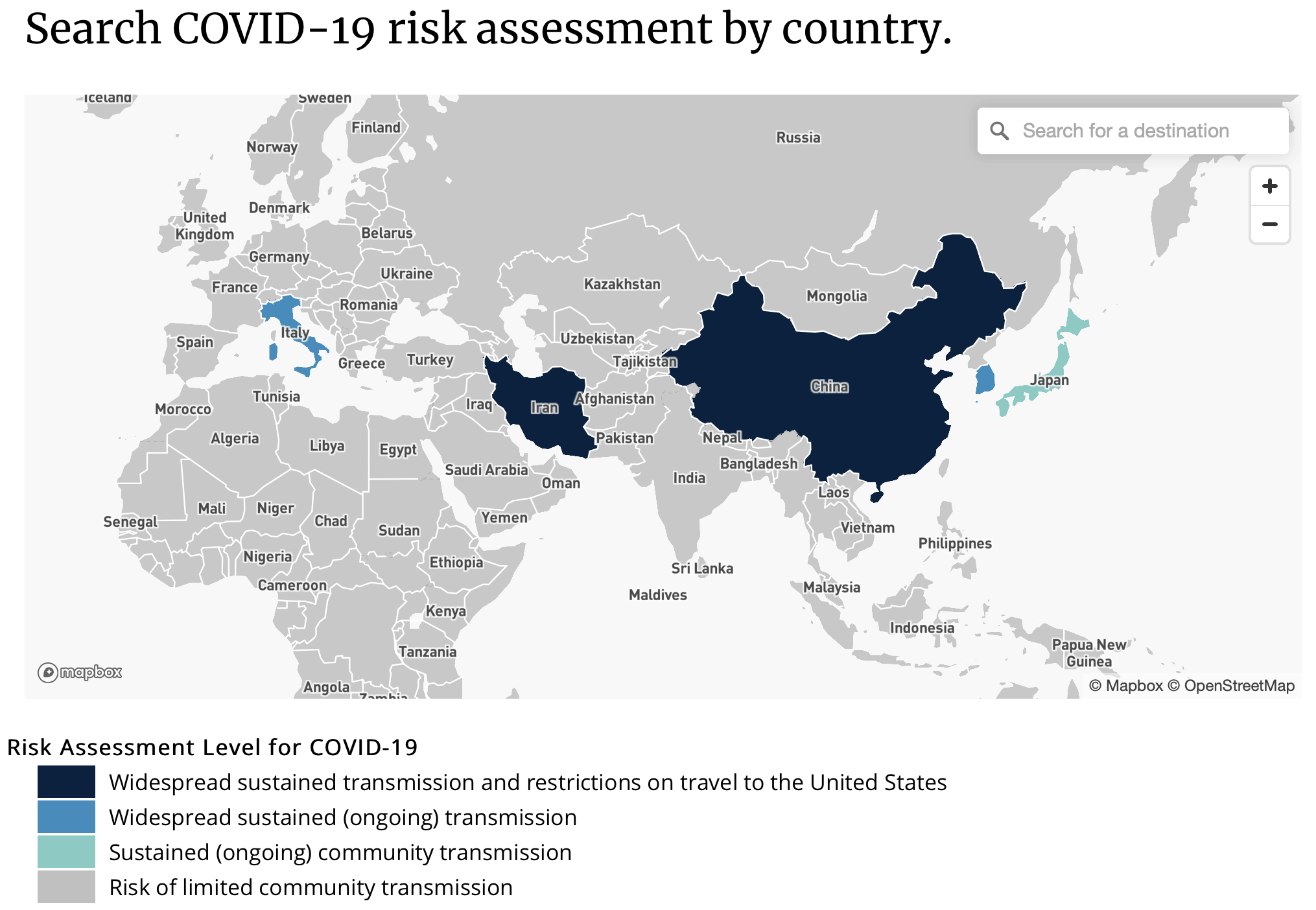 Pick whether to postpone or cancel your spring break plans based on the how widespread coronavirus cases are in each region. Credit: CDC.gov 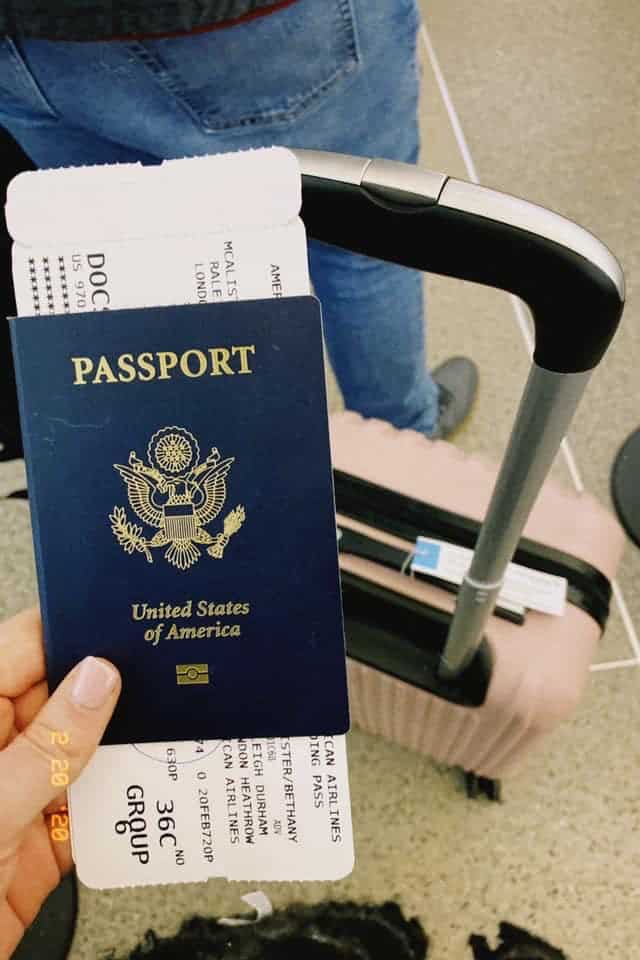