The National Weather Service has issued warnings for Richland and Lexington county. The Congaree River is experiencing flooding due to the heavy rains received in the previous weeks. The warning is in effect until Tuesday, the 10th, or until otherwise notified. Officials advise residents of both counties to avoid flood prone areas and avoid driving through water.

This is one of many flood warnings Columbia has received this year. According to the NWS Columbia averaged roughly seven inches of rain during the month of March. This year, Columbia has averaged nearly 13 inches through the first week of March.  Thursday, the 5th, the flood stage was around nine feet, at 10 feet flood prone areas in Columbia and Cayce become difficult to traverse.

Students at the University of South Carolina have felt the effects on the rain. UofSC Junior, Mackenzie Boggs expressed her frustration with the amount of rain by saying “I know that when it rains it’s a lot harder to find parking spots…I’ve definitely been leaving my house 15-20 minutes early.” UofSC junior, Darcy Goode, said that all of the rain has had a “depressing vibe” to it and that she struggles to find motivation to go to class in the mornings.

The good news is that brighter days are ahead of Columbia. Sunny skies are predicted Friday the 6ththrough Sunday the 8th, according to the NWS. It seems as though UofSC students just had to weather the storm(s) to make it to Spring Break. 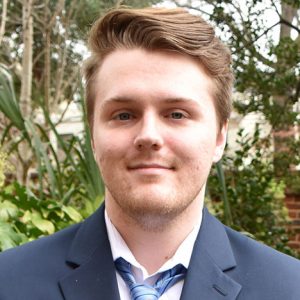 Todd Heath is a multimedia journalist from North Augusta, South Carolina. Todd is a first generation college graduate and holds a great amount of pride for his alma mater, The University of South Carolina. Todd's hopes to work in sports and entertainment as a producer or on-air personality. One of Todd's personal goals is to provide more coverage of women's sports. He does not back down from a challenge and is eager to take on any assignment given to him. In his free time Todd enjoys playing basketball, finding a new movie to enjoy and exploring the city around him.