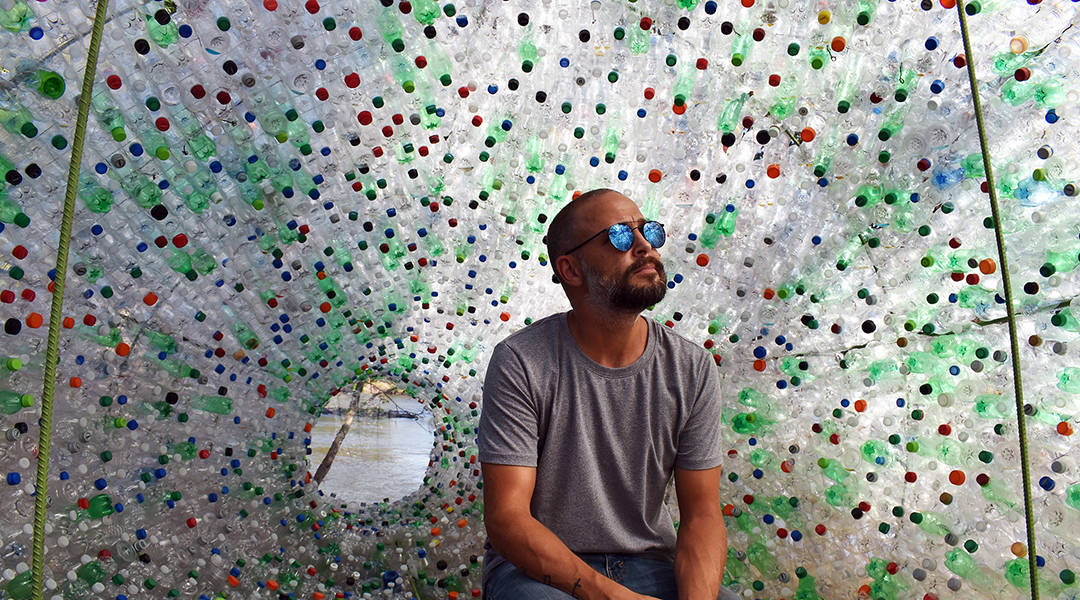 Columbia artist Karl Larsen reflects inside of his latest work, “Three Seconds & Counting…”. He aims to draw attention to the way we consume and discard items such as plastic bottles.

On the West Columbia Riverwalk, a new piece of sustainable artwork now overlooks the Congaree River by the Gervais Street Bridge. In partnership with the city of West Columbia, artist and Columbia native Karl Larsen has constructed a 27-foot-long interactive piece in the shape of a plastic bottle.

Made of roughly 12,000 single-use plastic bottles, the exhibition shines a light on the area’s consumption habits. Larsen credits spending time in nature and about 10 years of being mindful about litter and waste for his inspiration.

“I found out how ineffective and reactive litter pick-up was,” Larsen said. “I think that we need to focus on the way we consume in order to eliminate these products from making it to the river, ending up in the soil, in our drinking water, killing wildlife.”

Larsen’s artwork is titled “Three Seconds & Counting…” to communicate that every three seconds in the United States around 12,000 consumed and discarded single-use plastic bottles can be sourced to create a piece such as this.

He encourages the community to observe from both the outside and inside of his work. A doorway invites onlookers in to walk around or sit on one of the two benches to contemplate. Looking through the bottleneck reveals a glimpse of the river.

“I wanted to purposely restrict your view when you’re in there,” Larsen said. “I wanted you to be completely immersed with it so you can look around and be like, ‘Wow, I had no idea it was this bad.’ And just think, only about 25 percent of those bottles are recycled.”

Larsen and the city of West Columbia spent a month collecting bottles from locations scattered around Richland and Lexington County. The single-use plastics were sourced from homes, local schools and the Riverbanks Zoo. He built the sculpture in just 13 days.

“I think it’s all encompassing because it’s sort of the same message,” Huffman said. “You can say don’t use plastic bottles, but if you do, recycle them. We want to do the best we can for generations to come in West Columbia.”

The location of “Three Seconds & Counting…” is part of its statement. Larsen purposely installed a “piece of trash” next to the Congaree River to remind people that their waste is all around them.

“I wanted to kind of throw it back in their face and say, ‘Hey, this is yours.’ The day we were installing it, we were literally pulling bottles out of the river, so that’s how local some of these bottles are.”

Larsen wishes to bring awareness to the energy, labor and natural resources that go into producing each bottle and what happens to them after being thrown away, but the main objective is to have community members become conscious of how many disposable items they use and how often.

“We invite everybody to come down to sit and reflect over the river and just kind of think about their consumption and how they can help clean up West Columbia,” Huffman said.

The “Three Seconds & Counting…” exhibit will be on display until April 2020, although Larsen reminds visitors that it will actually be around for 450 years because that’s how long it will take for the plastic bottles to decompose. 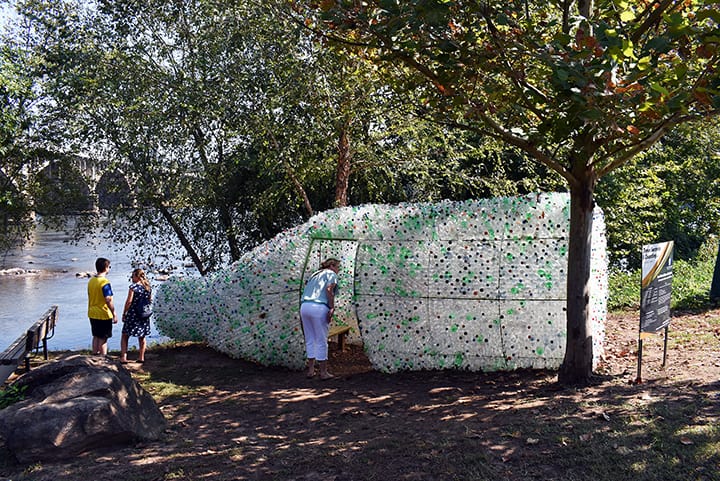 Observers on the West Columbia Riverwalk take a closer look at the interactive artwork. Larsen says he has received positive and supportive feedback from the public. 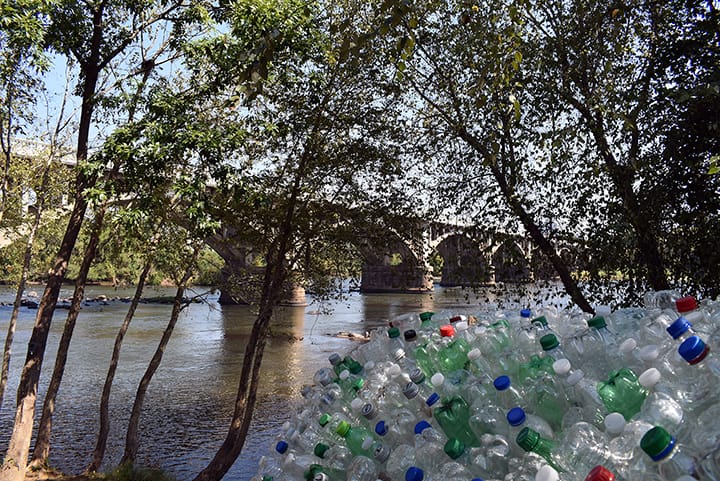 “Three Seconds & Counting…” sits beside the Congaree River and the Gervais Street Bridge. Its placement is designed to be part of its impact. 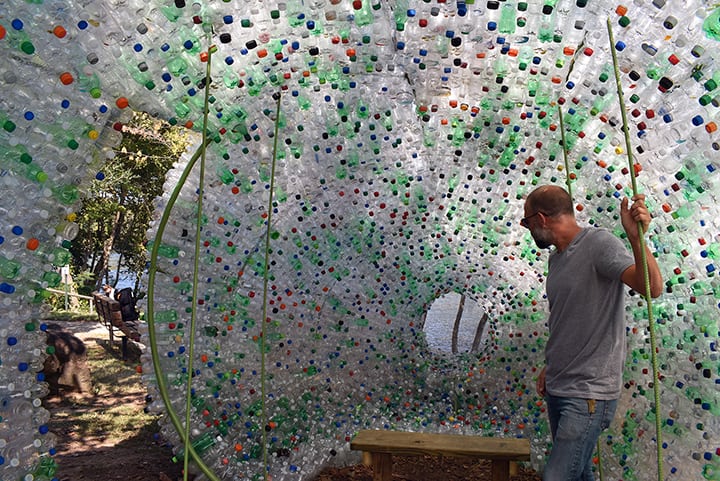 Karl Larsen looks through the bottleneck to the Congaree River. He wanted his first sustainable piece to be immersive. 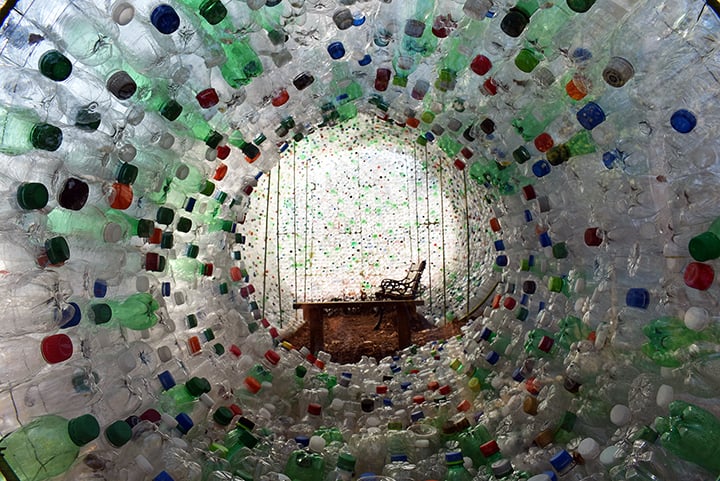 The community can look into “Three Seconds & Counting…” through the top of the bottle or through its doorway. The artwork is made of about 12,000 plastic bottles.