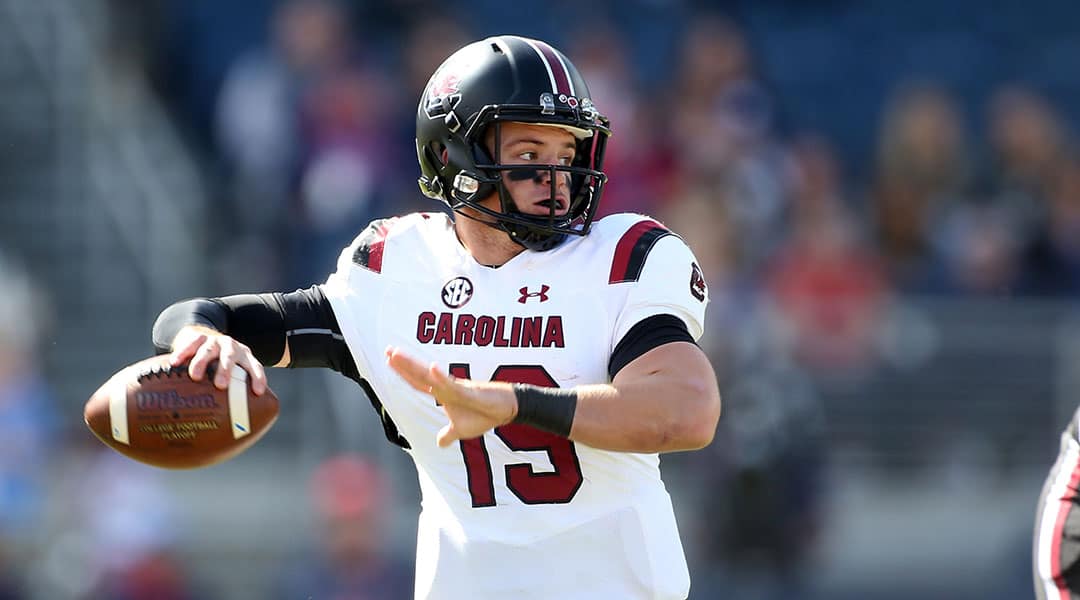 Jake Bentley has announced he will enter the transfer portal and continue his collegiate football career away from South Carolina. Credit: South Carolina Athletics

Jake Bentley has played his last snap as the quarterback of the South Carolina Gamecocks. The Opelika, Alabama, native announced on Twitter Monday that he will enter the transfer portal to spend his final year of eligibility at another school. Bentley has been out since the first game of the 2019 season when he injured his foot on the last play of the game.

Let’s take a look at Bentley’s time under center with the Gamecocks.

In Will Muschamp’s first season as South Carolina head coach in 2016, his team struggled due to many different factors. One of those factors was ineffective quarterback play with the constant shuffling of Perry Orth and Brandon McIlwain. Sitting at 2-4 and heading for another disappointing season, Muschamp turned to his third-string true freshman quarterback for a spark. Bentley came on and provided just that, leading the Gamecocks to win four of their next five games, including an upset win over No. 18 Tennessee. South Carolina earned a spot in the Birmingham Bowl and Bentley threw for 390 yards in that game.

The next season would be Bentley’s first full season as quarterback for the Gamecocks. Through efficient quarterback play and an opportunistic defense, the Bentley-led Gamecocks won nine games for just the seventh time in school history. This season was capped off with an Outback Bowl win over Michigan that saw South Carolina come back from a 16-point deficit in the second half. That comeback was led by Bentley, who threw for 239 yards and two touchdowns against a stout Michigan defense, including a picture-perfect 53-yard bomb to Shi Smith that put his team ahead for good. Bentley’s future with the Gamecocks looked bright.

Bentley’s junior season was a roller coaster. For the first half, Bentley struggled against SEC competition, throwing seven interceptions in just 3 1/2 games. In the second half, versus Texas A&M, the switch flipped for the junior quarterback. Over the next 6 1/2 games, Bentley threw for 20 touchdowns to six interceptions. This was highlighted by his historic game against Clemson. Going into Death Valley at night and against the No. 1 ranked defense in the country, Bentley carved the Tigers to pieces. He ended the game with 510 yards and five touchdowns. That 510 yards was the most ever in a single game for a South Carolina quarterback and it came against the best defense in the country. Despite this passing clinic from Bentley, the Gamecocks defense gave up over 700 yards and the team lost 56-35. Bentley’s 2018 season is one of the best seasons statistically for any South Carolina quarterback.

Bentley’s senior season ended after just one game. He suffered a Lisfranc injury in the season opener that required surgery and was shut down for the rest of the year. Muschamp was forced to turn the position duties over to true freshman Ryan Hilinski. The Gamecocks ended this past season with a 4-8 record and scored only one touchdown in their last three games. One can only speculate how different the season would have been had Bentley not been injured.

While he might not be remembered fondly because of his win-loss record, Bentley will go down fourth all-time in yardage and third all-time in touchdowns in just 2 1/2 seasons as the South Carolina quarterback. He will take a medical redshirt and be given another year to prove himself somewhere else.

Bentley has yet to announce where he will spend his final year of eligibility.

Bentley was the third-string quarterback and a true freshman when head coach Will Muschamp gave him his first career start against the University of Massachusetts. Credit: South Carolina Athletics 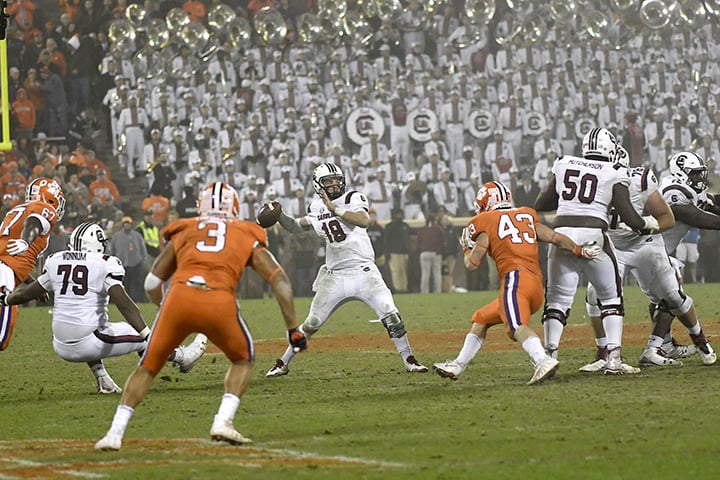 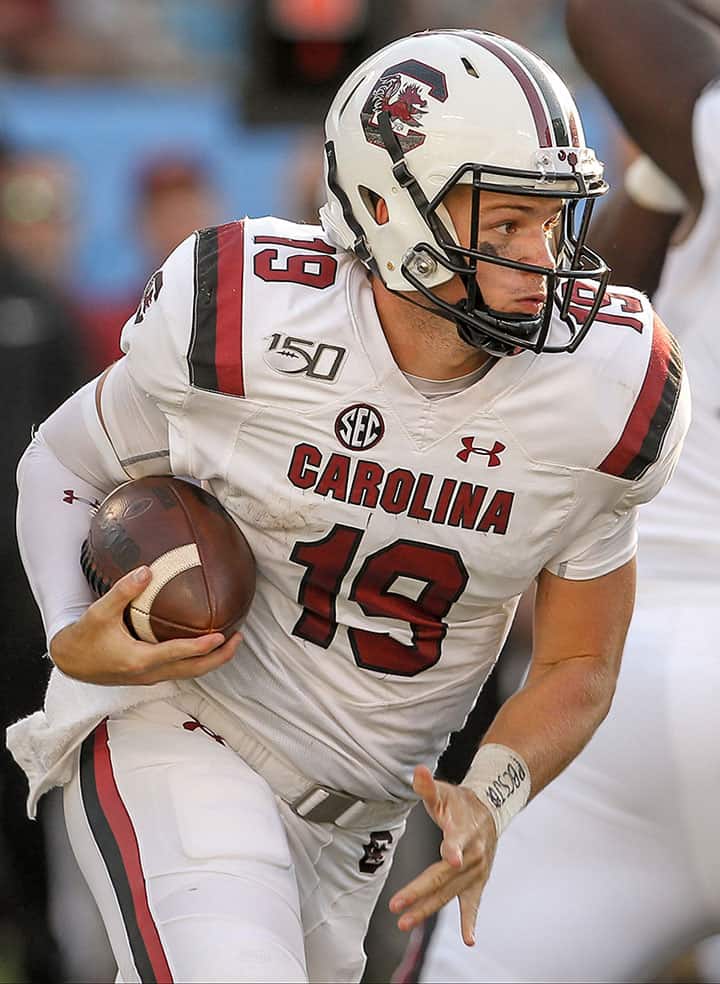 Bentley played just one game this past season before suffering a foot injury that cost him his senior year as a Gamecock. Credit: South Carolina Athletics