An unsuspecting team member is helping put child abusers behind bars in South Carolina by sniffing out internet crimes.

Queue, a 3-year-old black labrador retriever, works at the Greenville County Sheriff’s Office as an electronic-detecting K9. A local charity,  Defenders for Children, which was founded by Toni Clark, donated Queue in an effort to convict child sex offenders, abusers, and traffickers.

Clark says police often search homes with warrants for child pornography. Electronic devices can be hidden throughout a home, and police could miss some crucial evidence. Some SD cards can be the size of a thumbnail.

Queue finds the devices by sniffing-out certain chemicals. She is motivated by snack rewards. Since being placed along-side Sgt. Michael Rainey, Queue has been on more than 30 searches.

“Queue found a laptop that was hidden in a garage that had the key evidence they needed. The guy was convicted a couple months ago and sentenced to six years,” said Rainey.

Clark began Defenders for Children in 2010 when she learned Greenville County had the highest rate of sexual assaults in the state. The money raised to place Queue, Clark says, is a clear sign the community wants to combat the predators.

“It’s a strong message to the law enforcement officers that the public cares, and we want to help them,” says Clark. “We want to help you stop these guys.”

Queue was the first dog in South Carolina  trained to do this, and Clark says the state needs more. Her mission is to donate eight dogs to police departments across the state with community-raised money. Clark says it costs $23,000 for one electronic-detecting K9, and her charity will take all the help it can get. 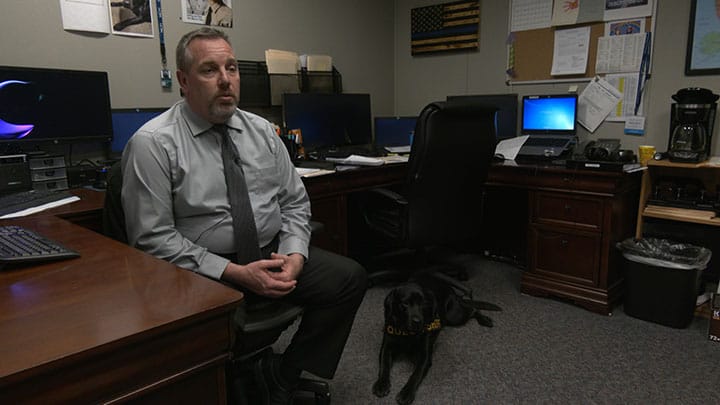 Queue is Sgt. Michael Rainey’s partner. He says police won’t go on a search warrant without Queue and her special nose. 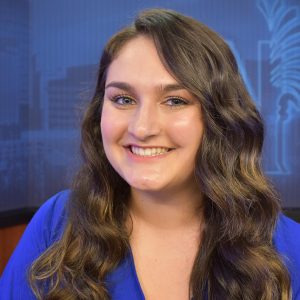 Born and raised outside of New York City, Elena Barilla dreamed of a career in broadcast journalism. She has interned at Disney-ABC's "The View", CBS Television Distribution's "Inside Edition", The Ryan Seacrest Foundation, WIS News in Columbia and WMBF News in Myrtle Beach. Seeking culture shock, Barilla moved South for her college education. The simple things, like navigating her breakfast routine from bagels to grits, have given her an appreciation for quirky cultural differences. Barilla hopes to return home as a reporter in the Northeast to tell diverse human-interest stories.