To mask or not to mask? For South Carolina schools, that is the question 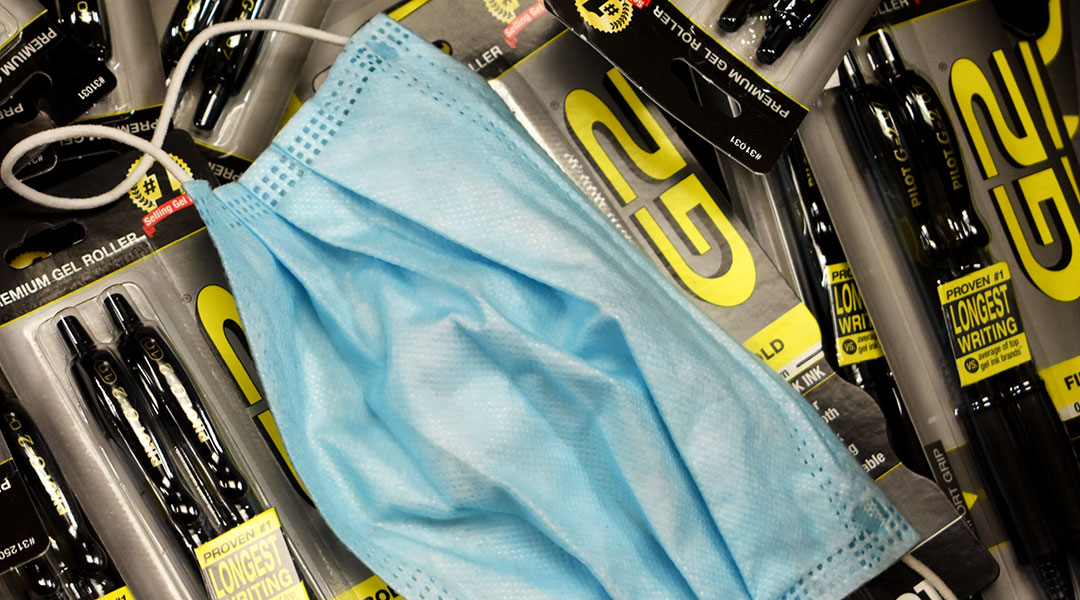 The judge’s decision came after the American Civil Liberties Union of S.C. filed a lawsuit claiming that the mandate violates the Americans with Disabilities Act, a civil law passed in 1990.

U.S. District Judge Mary Geiger Lewis affirmed that the prohibition of mask mandates directly discriminates against children with disabilities. She compared a mask mandate to mobility-assistance ramps in schools.

“Today, a mask mandate works as a sort of ramp to allow children with disabilities access to their schools. Thus, the same legal authority requiring schools to have ramps requires that school districts have the option to compel people to wear masks at school,” Lewis said. The state superintendent of education supports the judge’s decision.

The ACLU said that students with conditions such as asthma and autism were most heavily affected by the lack of mask mandates in school.

McMaster has said via Twitter that “It is not the job of the government to force people to do things when it is not necessary.”

Following Tuesday’s ruling, McMaster’s spokesperson Brian Symmes released a statement saying it will not be the last word on the matter. Additionally, McMaster released a video statement defending his decision.

“I disagree 100% with the opinion of the district judge. I believe that parents should have the final word on whether their children should be required to wear masks in school and we will take it to the U.S. Supreme Court if necessary,” McMaster said. State Attorney General Alan Wilson has said he plans to appeal.

For now, though, State Superintendent Molly Spearman has given schools statewide the go-ahead to enforce mask mandates. It’s important to note, though, that South Carolina schools are not required to do so – it’s just no longer against state ordinance.

“The SCDE strongly suggests schools and districts consult with their legal counsel… to make reasonable accommodations for students with disabilities,” Spearman wrote in a memo to S.C. superintendents.

The S.C. Department of Health and Environmental Control held a statewide briefing Wednesday to provide an update on COVID-19 and the state’s vaccine rollout efforts.

DHEC Public Health Director Dr. Brannon Traxler did not comment on the ongoing legal debate regarding the state’s mask mandates, only saying that “DHEC does continue to stand by our guidance and our message that we know masks work and that mask mandates are effective at lowering the spread of the virus.”

Additionally, despite 1,801 school closures nationwide since the start of the fall semester, 96% of public schools have remained open, Traxler said.

“Each of these studies, in their findings, highlight the benefits of masking in schools, and we hope our schools exercise the ability to protect their students and teachers and staff,” Traxler said.

Traxler also addressed the CDC’s recent report regarding booster shots of the COVID-19 vaccine. Booster shots are only available for those who initially took the Pfizer-BioNTech vaccine at least 6 months prior to receiving a booster shot.

Anyone over the age of 65 who fits this criteria should receive a booster shot, Traxler said, or anyone ages 18-64 who has underlying health conditions or increased risk of exposure.

While third doses for immunocompromised were recommended for those who received Pfizer initially, the FDA and CDC are still currently evaluating the need for booster doses of the Moderna and Johnson & Johnson vaccines. 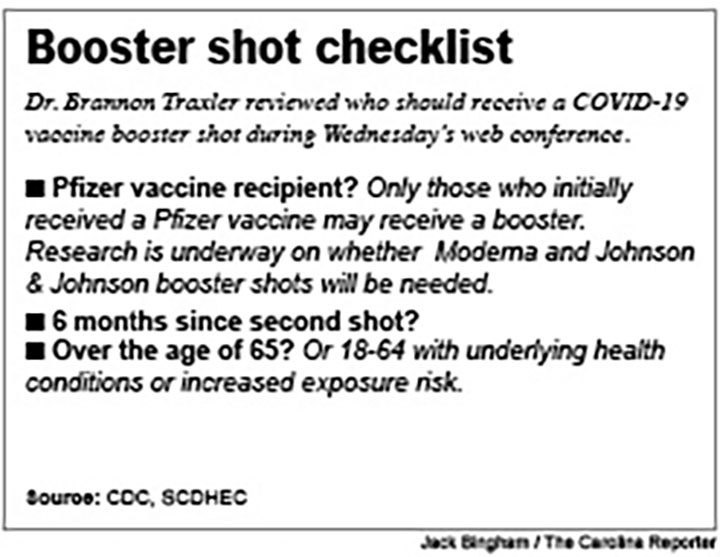 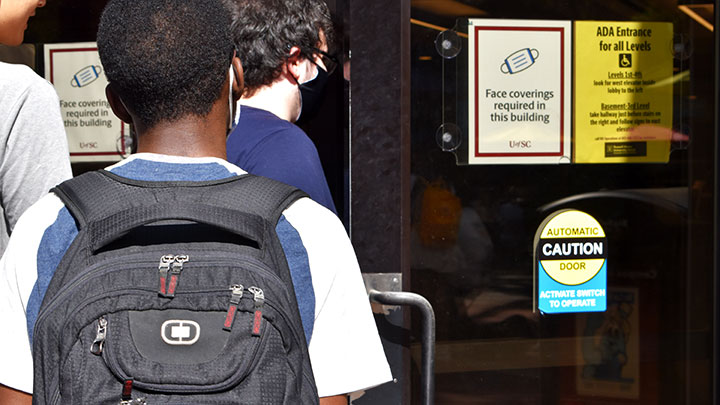 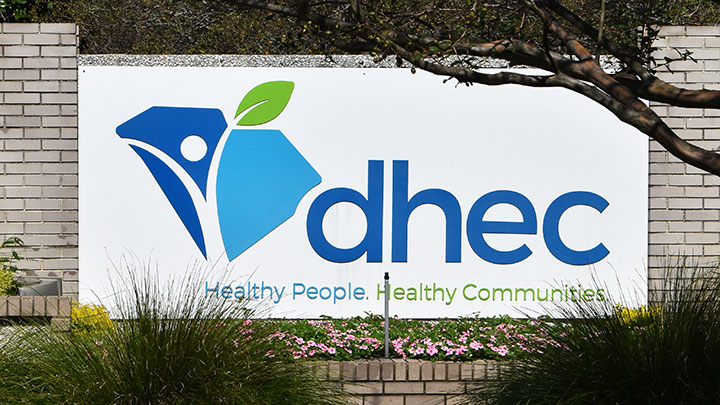 South Carolina DHEC officials addressed concerns surrounding the recent spread of the coronavirus in a web conference Wednesday. They did not comment on the mask mandate ban or the court’s recent ruling. Photo by Meghan Hurley.