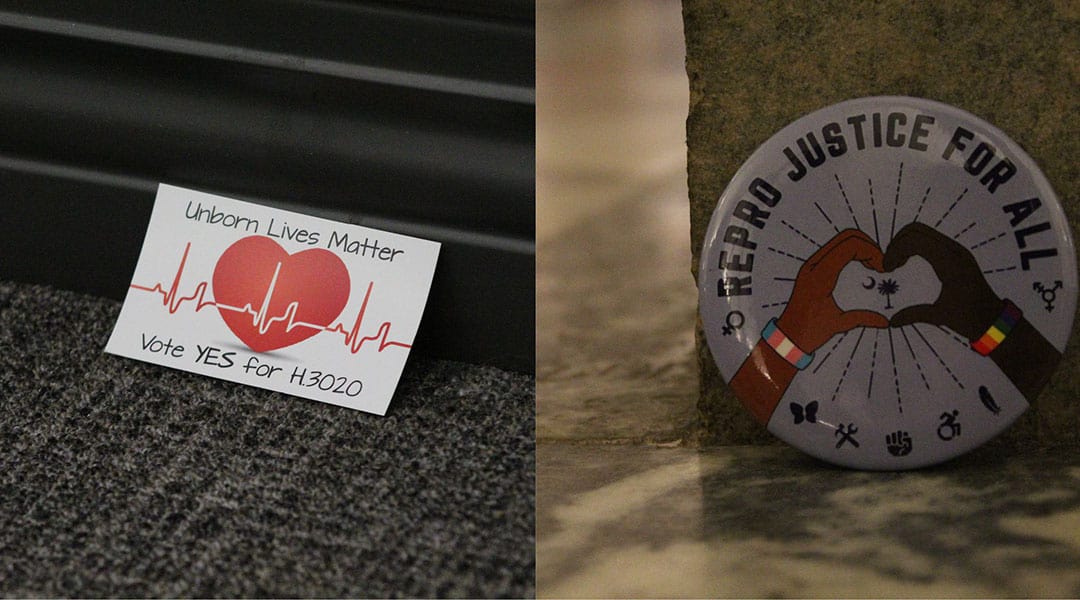 The South Carolina Senate Medical Affairs subcommittee passed a controversial fetal heartbeat bill Tuesday,  criminalizing abortion once a fetal heartbeat is detected even if the mother is a victim of rape or incest.

The committee endorsed the amendment concerning rape and incest offered by Sen. Richard Cash, R-Anderson, who argued that a baby is innocent even if conceived in violence.

“Rape and incest are terrible crimes and cause so much pain and suffering,” Cash said. “Killing the unborn baby, if that baby is conceived as a result of rape or incest, will not undo that crime.”

Sen. Kevin Johnson, D-Clarendon,  responded to the amendment with shock.

“I cannot believe what I am hearing,” Johnson said. “I don’t believe that everybody here who is for this would be for this if it was their wife or their daughter or their granddaughter or somebody close to them.”

The amendment was ultimately added to the bill in a partisan 4-3 vote. Shortly after, the amended bill passed the subcommittee with the same vote, making it one of the most restrictive abortion laws in the country.

The meeting in the Gressette Building on the State House grounds drew advocates both for and against the bill, wearing T-shirts and stickers showing where they stand.

“This is a yearly battle,” Baker said. “This was a little unexpected though with the stunt of pushing it through committees in the off session. So I thought it was even more important to show up.”

The full S.C. Senate does not meet until January, but that does not stop subcommittees from holding votes about  legislation like the heartbeat bill.

The Rev. Gary Blobaum, pastor of Immanuel Lutheran in Sumter, S.C.,  was one of many anti-abortion activists who said they support the heartbeat bill.

“The way I look at it, it’s both your faith and reason,” Blobaum said. “The perspective of reason on this is that your life matters.”

Two of the opposing senators, Johnson and Sen. Marlon Kimpson, D-Charleston, spoke at a press conference organized by the National Organization for Women and Planned Parenthood at the State House after the vote.

“I got a problem with all these men telling a woman what to do with her body,” Johnson said.

The bill, which passed the state House of Representatives last year, will now go into the full medical affairs committee before going to the full state Senate. Gov. Henry McMaster has already pledged to sign the bill if it passes the Senate.

Although passing through this subcommittee does represent a big step for the bill, it still has a long way to go before becoming state law.

Just before the vote, Kimpson addressed the crowd about the expected results of the meeting.

“Those of you will applaud after this vote, your applause will be temporary,” Kimpson said. “To those of you will cry for a woman’s right to choose being eroded, I would just encourage those to get organized.” 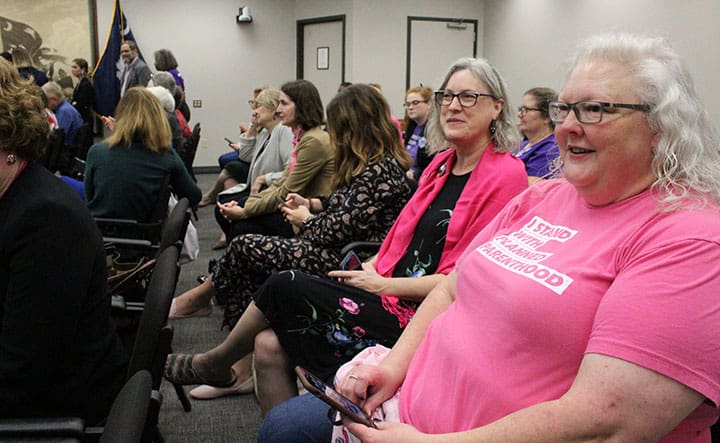 Kim Baker (right) is an abortion rights activist who had to line up before the meeting to get a seat. 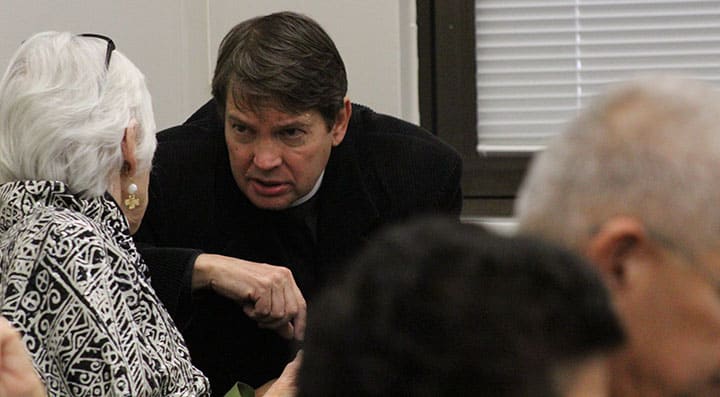 Pastor Gary Blobaum attended the meeting in support of the heartbeat bill. “The perspective of reason on this is that your life matters.” 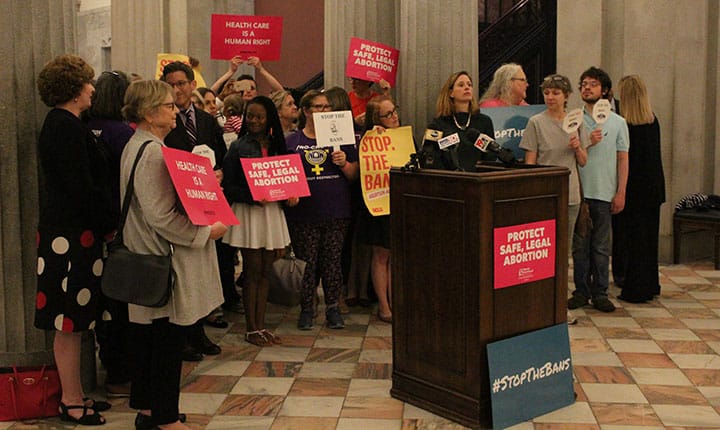 A press conference hosted by the National Organization for Women and Planned Parenthood was held in the state house after the meeting.