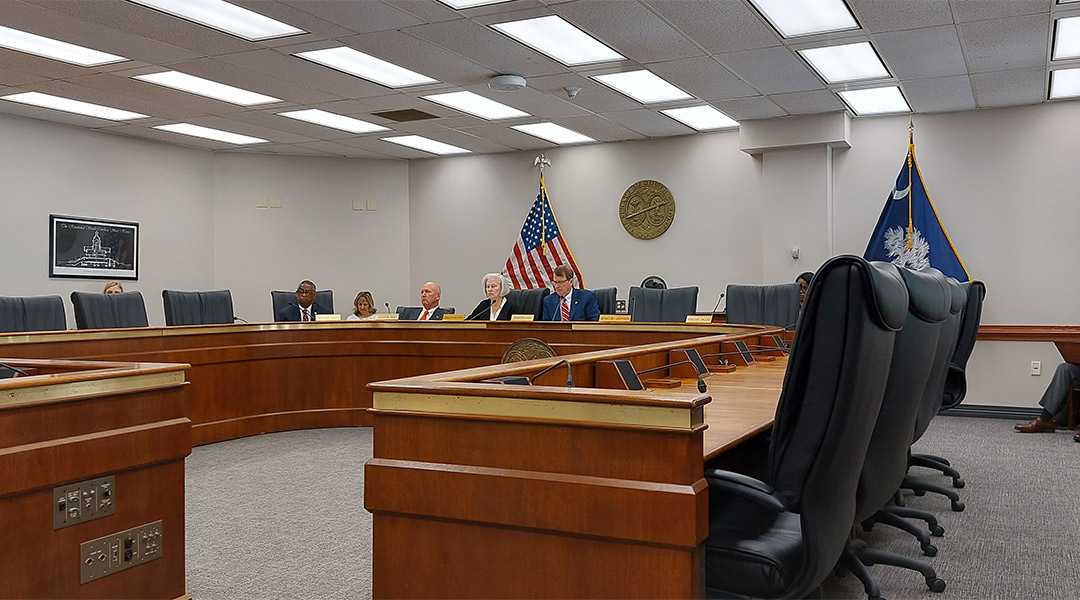 The “Save Women’s Sports” bill, which would require high school athletes to compete according to the sex they were assigned at birth, passed a Senate subcommittee with a vote of 3-1. It now advances to the full committee. Photo by Abigail Brandon.

There are only a handful of transgender athletes in the state of South Carolina. But some lawmakers want to make sure those students only compete according to the sex they were assigned at birth.

On Tuesday, a Senate subcommittee advanced the “Save Women’s Sports” legislation after public testimony from South Carolinians, including some who argued the bill is solving a problem that doesn’t exist. The vote was 3-1.

Supporters of the bill believe that it protects cisgender women from having to compete against transgender women, who they said will be bigger, faster and stronger.

“In the year we’re being bombarded with ‘follow the science,’ the science of male and female could not be more clear,” said Dianne Mitchell, director of the Greenville County Republican Women’s Club. “Males are generally bigger, faster and stronger than females.”

Opponents of the bill think that this legislation would be harmful to the mental health of transgender children.

Dr. Elizabeth Mack, a pediatrician from Charleston, is among those that believe this bill fixes an issue that doesn’t exist.

“Schools know their children best. These decisions should be left to school leaders. The current system works,” she said.

She said some children may have abnormal chromosomal combinations or anatomy that doesn’t fall within the typical biological sex assignment and asked how those cases would be handled.

The current system for determining whether transgender students should be able to play on the team they identify with is an application process through the South Carolina High School League during which parents and medical professionals testify to the student’s identity and lived experiences. Decisions are made on a case-by-case basis, and appeals can be made if parents disagree with the league’s decision.

The main sponsor of the bill, Sen. Richard Cash, R-Anderson, believes that this procedure isn’t good enough and South Carolina needs a statewide policy that determines sports teams based on sex assigned at birth. This is the third attempt by Cash to get this bill passed. The bill was first filed in 2020.

This bill now moved to the Senate Education Committee.