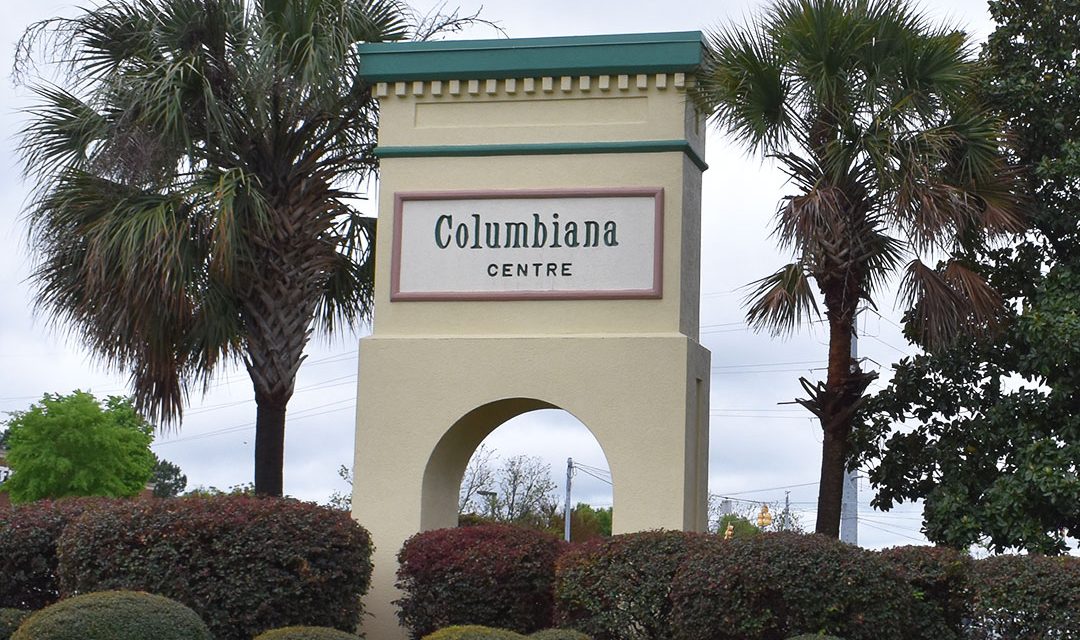 Columbiana Centre was the scene of a shooting Saturday that left 14 injured. Photo by Sydney Pennington.

Columbia Police said Monday that a second man has been arrested in connection with a shooting Saturday at a Columbia mall that injured 15 and created widespread panic as dozens of Easter holiday shoppers fled for the exits.

Marquise Love Robinson, 20, is charged with nine counts of assault and battery of a high and aggravated nature, attempted murder and unlawful carrying of a handgun in connection with the shooting at Columbia Centre off Harbison Boulevard, Columbia Police Chief Skip Holbrook announced at a news conference.

Robinson was denied bond in the Columbia Municipal Court Tuesday morning. A tweet from CPD said that the judge deemed Robinson a “flight risk.”

Continued: Bond denied after the Honorable @CityofColumbia Judge Mangum deemed suspect Robinson a flight risk & danger to the community based on facts of the case presented in court.

One suspect turned himself in Saturday, and CPD has issued an arrest warrant for a third shooting suspect, Amari Sincere-Jamal Smith, 21. Smith is wanted for nine counts of assault and battery of a high and aggravated nature, attempted murder and unlawful carrying of a handgun.

“He absolutely should be considered armed and dangerous,” Holbrook said.

Charges have been added for Jewayne M. Price, the 22-year old male who turned himself in on Saturday. Originally charged with unlawful carrying of a pistol, Price is now also facing nine counts of assault and battery of a high and aggravated nature and attempted murder in connection with the shooting that took place near the Gap store inside the popular mall.

Price was also denied bond Tuesday morning and is suspected of being a flight risk.

Price’s attorney, state Rep. Todd Rutherford, D-Richland, said earlier the shooting was sparked by Facebook threats his client had received and that his client acted in self defense, an assertion that Holbrook disputed.

“I don’t share that understanding of it. Again, I’m going to say this one more time: three people chose to come to the mall carrying guns, concealed, that have a dispute with one another, and then they chose to pull their guns and fire their guns and nine people got hit,” said Holbrook.

CPD also gave an update on the victims of the shooting, who range in age from 15 to 73.

“We still have nine confirmed gunshot victims, one that remains in ICU and in total six victims that suffered other injuries related to the incident,” said Holbrook.

Police have seized two of the three handguns used at the scene and are collecting ballistic evidence to determine the specifics of the incident. CPD is still interviewing witnesses and reviewing security footage to determine which of the subjects fired their weapons inside the mall.

“Again this was a traumatic event for a lot of people that were at the mall and we understand and that takes, sometimes,  a moment for things to register, for you to remember things, so as you do we are asking that you call us and let us know what you might have seen or heard. Every little piece of information is helpful,” said Holbrook.

The mall was open to the public again April 18 starting at 11 a.m. and police vehicles were still on the property. Mall security was also present and mall employees were working to put things back in order following Saturdays chaotic events. The mall will be closed this upcoming Saturday, April 23, for the one week anniversary of the event.

CPD is asking that any witnesses and those who captured the incident on video step forward immediately. A hotline has been set up for this incident and can be reached through the department’s Criminal Investigations Bureau at (803)-545-3525. 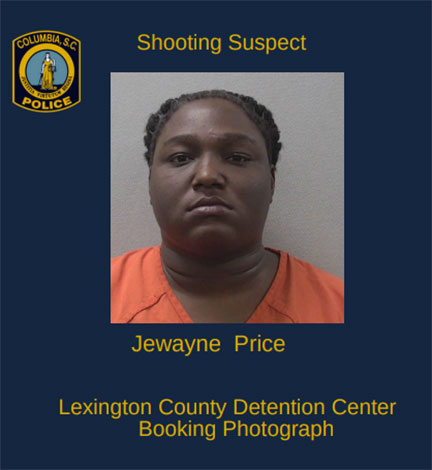 Jewayne Price has been charged with assault and battery of of a high and aggravated nature, attempted murder and unlawful carrying of a pistol. Photos courtesy of the Columbia Police Department. 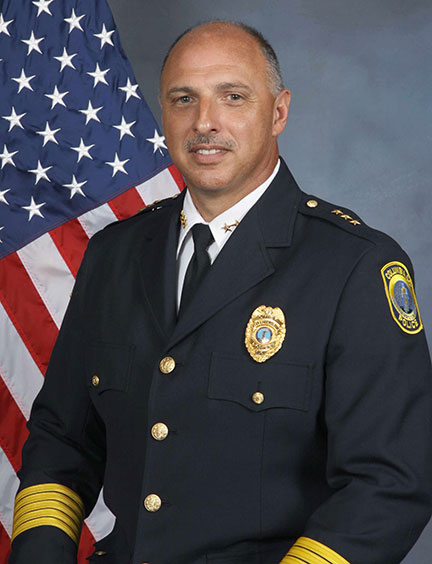 Chief Holbrook of the Columbia Police department held a press conference Monday to announce the second arrest in connection to the mall shooting. 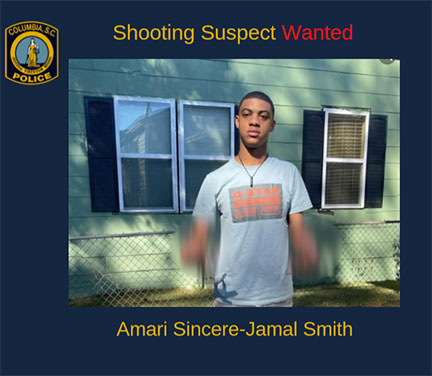 U.S. Marshalls are offering a $10,000 reward for tips leading to the arrest of Amari Sincere-Jamal Smith, who is the third suspect in the Columbiana Centre mall shooting. 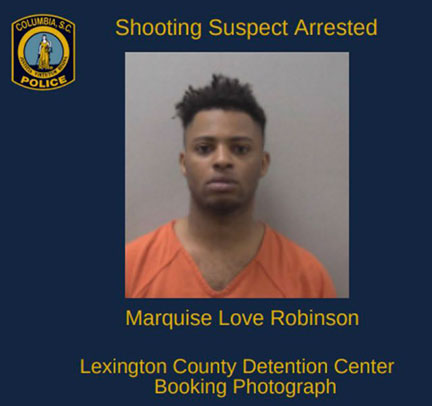 Marquise Love Robinson is the second suspect to be arrested for the mall shooting and was denied bond Tuesday morning.