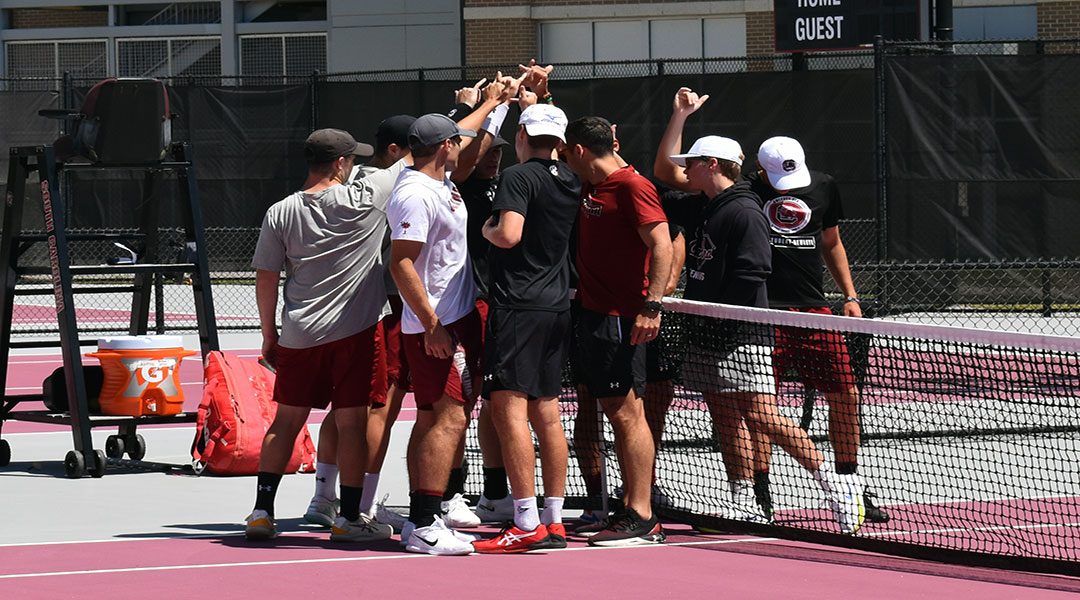 The South Carolina men’s tennis team finished second in the SEC this season behind Florida. Photos by Cam Adams.

The No. 9 South Carolina men’s tennis team will make a run at its first-ever SEC tournament title beginning Friday in Athens, Georgia. The No. 2-seeded Gamecocks, achieving their highest SEC tourney seed in program history, will face off against either No. 7-seed Auburn or No. 10-seed University of Mississippi.

The Gamecocks (21-5, 10-2 SEC) are boasting their best conference record ever after winning eight-straight SEC matches heading into the tournament.

In that span, South Carolina has defeated the likes of No. 10 Kentucky and No. 21 Texas A&M. The team also took down No. 5 Tennessee before the streak.

“It was planned like this. We wanted to be playing our best at the end of the season and that’s happening,” junior Daniel Rodrigues said. “All of the matches, in the beginning, led to the level we’re playing right now.”

Rodrigues, the No. 2-ranked player in the country, has played a big part in South Carolina’s success this season. The Funchal, Portugal,native is described as the “most reliable point in the country” by head coach Josh Goffi, posting a 24-3 record on the court.

Players like Rodrigues have helped the 12th-year head coach and the Gamecocks to seven NCAA Tournament berths, including a Sweet 16 appearance in 2021. However, the 2022 squad is a bit different from others Goffi has led at South Carolina. He called them the “the most committed group” he has ever had.

“The guys have put in a lot of hard work,” Goffi said. “I think with last year, the way we ended with a heartbreaker in the Sweet 16, it’s been a goal of ours to get back to the Elite Eight, if not further and that determination led into the beginning of the year. You saw it in their training where they competed and we’re reaping the benefits of that right now.”

Sophomore Connor Thomson says this experience for him and his teammates gives them a massive advantage heading into the postseason, both mentally and physically.

“I think everybody is in a good physical, mental state right now,” Thomson said. “Last year, for instance, we were in the Sweet 16 and the majority of our guys felt gassed towards the end of the season because we’ve never experienced it before.”

Although snagging a few extra highly-touted wins can give the Gamecocks a higher NCAA Tournament seed, Rodrigues said the main goal is to win the SEC tournament title.

Winning the title could be a tall task for the Gamecocks with three other SEC teams ranked in the top 10. But Rodrigues believes his team has the work ethic to bring home the SEC tournament trophy.

“Just be humble, fight for every single point until the end, never quit, even if we’re losing, down 3-0, whatever it is, we play until the end,” Rodrigues said. 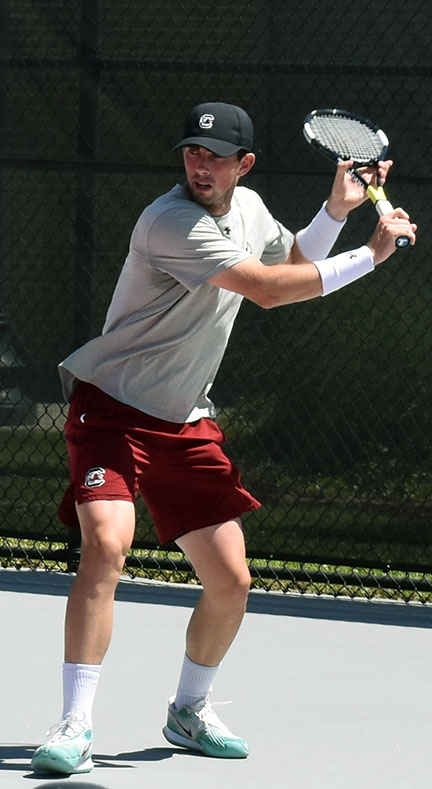