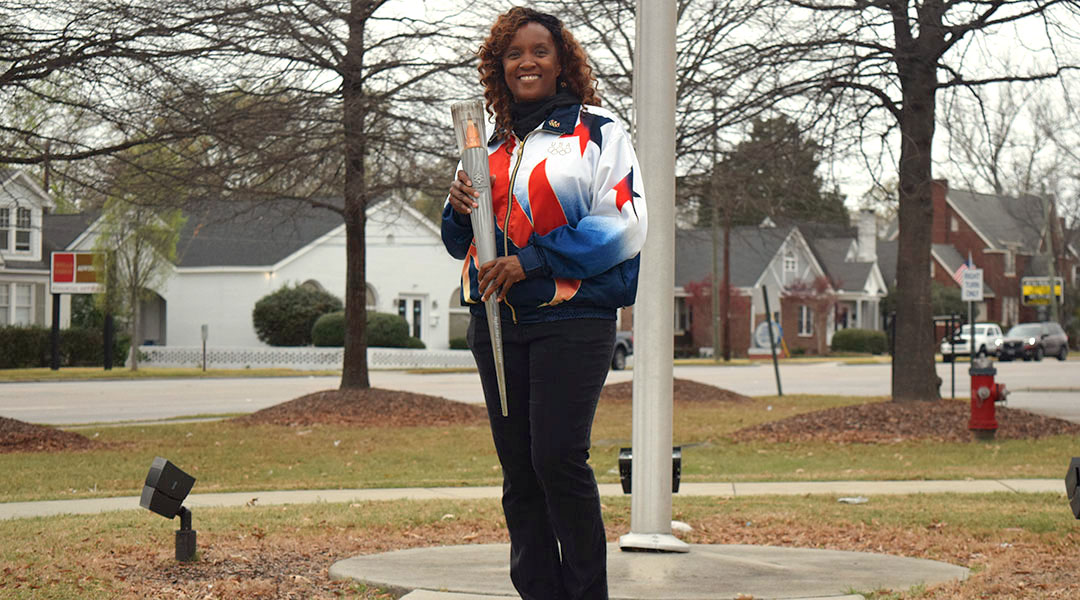 Chryssandra Hires uses her experiences as an Olympian to motivate students at Dreher High School, where she is the in-school suspension supervisor. Photo by Téa Smith.

When Dreher High School students step into the in-school suspension classroom, they are greeted by a two-time Olympian who is eager to share what it takes to be great.

Chryssandra Hires does not shy away from sharing with students her difficult upbringing and lessons on how they can overcome obstacles to achieve greatness.

“They ask me, ‘So you really did that?’ Oh, you know, they’ll say I have this going on. I have that. I said, okay, welcome to the real world. It’s what you’re gonna do with it,” said Hires, who was recently named Richland 1 School District 2022-2023 Classified Employee of the year.

Hires spent her childhood summers in Columbia playing multiple recreational sports with her brothers as her cousins and uncle cheered them on.

Her uncle, the late Magistrate Judge Walter Jones, knew that she was destined to be great because she had the “DNA of a champion.”

“[My father] encouraged her to believe she has the abilities to be greatness personified,” said Jeannie Jones, Hires’ cousin.

Hires, who played college basketball at the University of North Carolina at Chapel Hill, said when she graduated college, she planned to teach and coach, but she got the opportunity to try out for the United States women’s national handball team.

One of Hires’ professors at UNC was doing a research project with the U.S. Team Handball Federation and suggested she would be a great fit for the team. He knew that she was a versatile athlete from her time on the women’s basketball team and the track and field team. Her skills and leadership led her to become the team’s captain.

“I think [competing in the Olympics is] the ultimate goal for every athlete that laces up and wants to be the best that they can be,” Hires said. “You’ve got millions of people watching, and it’s a stage in a place that you just, at the time, can’t take it in. You can’t comprehend.”

Jones, her cousin, remembered visiting Hires when she was conditioning for the 1996 Summer Olympics. She marveled at all the athletes around her as she watched her cousin train. She thought about what it would take to make it to the world’s biggest stage for athletes.

“That’s what I like about the Olympics. It’s when ordinary people climb to extraordinary heights because they believe they can,” Jones said.

Hires, originally from Connecticut, moved to South Carolina from Colorado in 2014 with her two children in tow, looking for a change and wanting to be closer to family after her mother passed. She had spent childhood summers getting to know and love Columbia, and she thought it would be the ideal place for a fresh start.

She began substitute teaching in Richland One School District so she could be close to her teenage kids.

“I started substituting so I could be there. And then, as I got to know a lot of the administrators, they just kind of were, like, ‘You are natural at this. We want you here because you have a presence that the kids love,’” Hires said.

She has worn many hats in her time at Dreher High School — going from substitute to hall monitor and ISS supervisor. Though she may not be a teacher, she does not shy away from teaching students to be motivated leaders with stories of her days in the Olympics.

“When we introduce her, you know, there’s a million things we can say about her, but she tries to limit it. She wants people to accept her for who she is,” said Marvin Chattman, a friend from Columbia. “She wants to motivate the kids.” 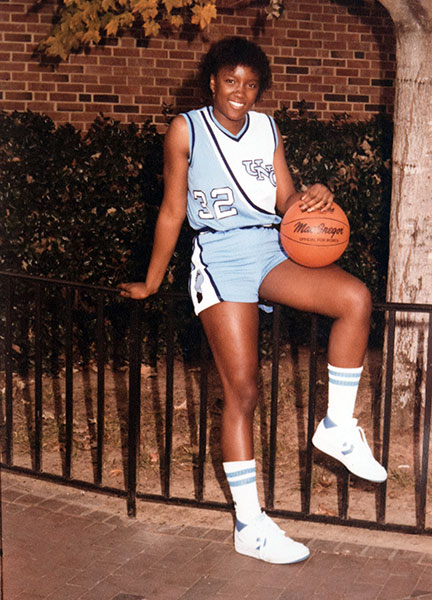 Hires played basketball at the University of North Carolina at Chapel Hill from 1984-1988 before she was selected to play for the United States women’s national handball team in 1989. Photos courtesy of Chryssandra Hires. 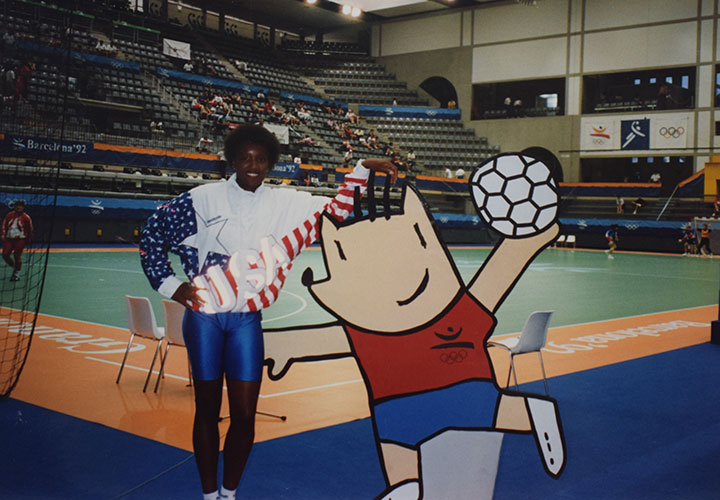 Hires competed with the United States women’s national handball team in the 1992 and 1996 Summer Olympics. 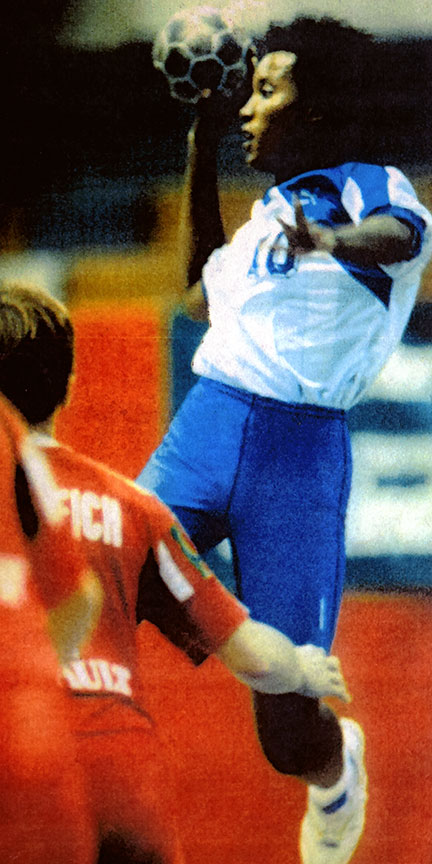 Hires, who made her mark as a college basketball player, said handball is unlike any sport she played.