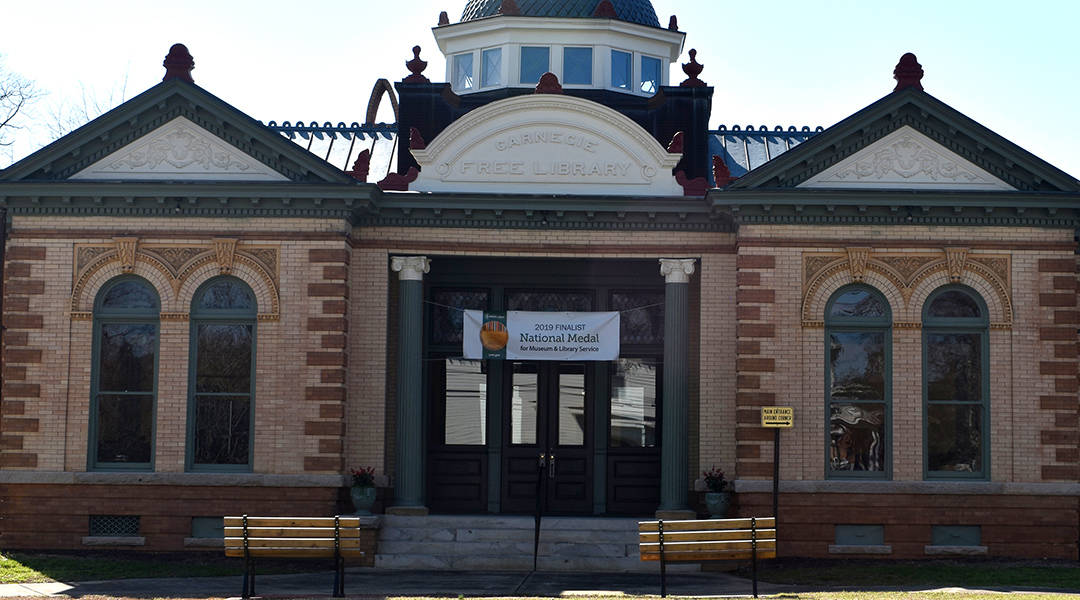 The Union County Carnegie Library in Union was built in 1905 and houses the library and many other organizations and services.

Now, these buildings have so much more to offer their communities.

When the Union County Carnegie Library underwent a $2.8 million renovation in 2018, it became a “partnership facility,” teaming up with community nonprofits to improve life for the county’s 231,000 citizens.  Taylor Atkinson, the library’s deputy director, said employees are now working in close quarters like roommates.

“We have facility partners, other non-profit agencies that actually are housed in the library now. So, South Carolina Works and then SC DEW, so the Department of Employment and Workforce,”  Atkinson said. “Next door to me is Union Cancer Services. We also have the Children’s Advocacy Center, Children’s Cancer Services, Miracle League of Union County.”

Atkinson believed having all of these services housed in one building can make the library a “one-stop shop” for patrons.

Carol Willis, a lifelong resident of Union and the assistant director of the Union County Museum, said she grew up going to the library every Saturday.

“I think that the library is a wonderful asset to our community,” Willis said. “With all of the improvements they’ve made, it’s bringing in a very diverse crowd now.”

Union County Supervisor Frank Hart said the library plays a key role in efforts to improve the quality of life in Union County.

“The Union County Carnegie Library is a true gem for our community,” Hart said. “The collection of service providers such as SC Works at the library has greatly expanded the reach of our system.”

“We’re here to serve everybody in Union County,” Atkinson said. “There’s a wide variety of wants and needs, and we do our best to accommodate and we try to identify service gaps.”

According to Atkinson, the number of visitors in 2019 was up 40% after the renovations, and the library’s program attendance was up 30%.

“That’s something I’m really proud of because I feel like we’re directly interacting with our patrons and our community more,” Atkinson said. “We serve the entire county of Union, and there are parts of Union that are very rural. We know people have barriers, whether it’s lack of transportation, and so they’re not able to come to the library, so we go to them.”

In terms of “going to” patrons, the library has three satellite branches at town halls in Carlisle, Jonesville and Lockhart. Patrons can use computers and check out books, which allows the library to provide services without having to build new buildings. Also, the library does monthly outreach at local day cares, senior centers and schools.

Union is about an hour and 20 minutes northwest of Columbia. The city has a population of around 8,000 people and a poverty rate of 30.4%, which ranks 17th in South Carolina. This is well above the statewide poverty rate of 16.6%.

Beth Wentz, a library assistant, said she thinks the availability of all of the partners within the library is significant, especially in a community that struggles with poverty.

“It’s also a focal point now with SC Works and DEW and the United Way partnering with us,” Wentz said. “It’s a one-stop shop for a lot of folks where they can get a lot of services that they need in one place that’s kind of located centrally in the county.”

Atkinson said people of all economic classes visit the library.

“If people are unemployed, if they’re filing their benefits or if they’re looking for work, this is where you come,” Atkinson said. “We have our computer lab upstairs, and that’s where people go. We really have everybody.”

Besides being a partnership facility, the library is also unique because it is one of four operating public Carnegie libraries in the state. Of those four, it is the oldest, having been commissioned in 1903 and built in 1905. A Carnegie library is one built with money donated by famous philanthropist Andrew Carnegie. In total, Carnegie gave $60 million to build 1,689 libraries across the United States.

Union’s library has two wings: one that houses the library and all of its partners, and another known as the “historic section.” This historic section, located in the original portion of the building, features century-old wooden floors, stained glass and window panes. It is now used for meetings, events and exhibits.

The library also partnered with the Union branch of the University of South Carolina and now serves as their academic library. This partnership gives UofSC Union students the opportunity to participate in a work study program at the library. Caroline Fowler, one of these students, loves her job and thoroughly enjoys her interactions with everyone.

“My favorite part of my job is working with the people and helping them find whatever they need help with,” Fowler said.

Atkinson said despite the renovations and partnerships, the biggest issue the library faces is convincing patrons it has more than one function.

“We hear that from a lot of people,” Atkinson said. “People are like ‘wait a minute, I didn’t know you had all of this.’ Sometimes we still have to fight the stereotype of ‘Oh, you’re just books.’” 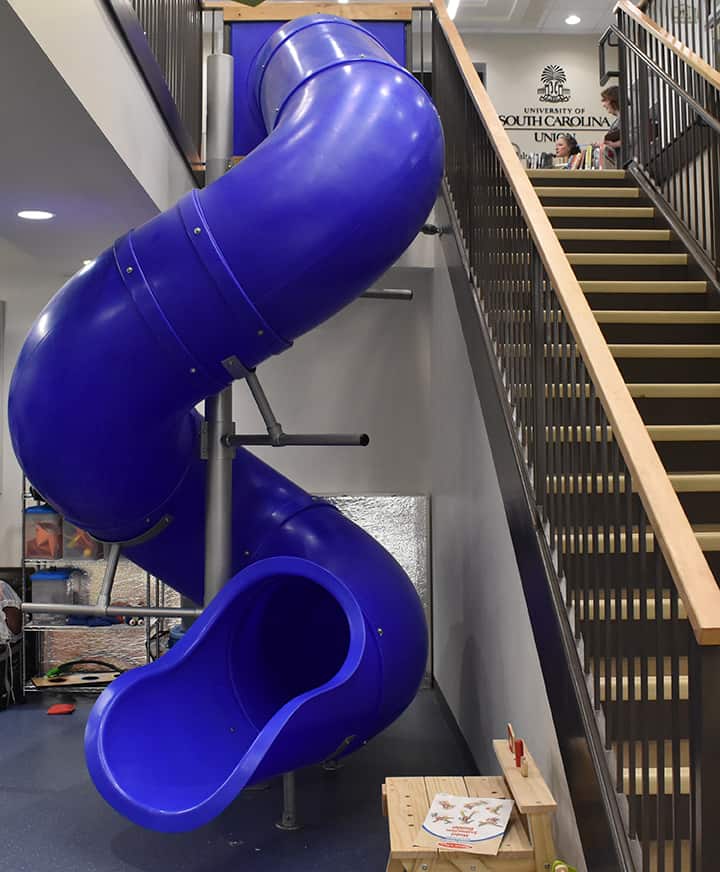 Children can choose to use the slide or stairs to get down to the children’s area at the library. 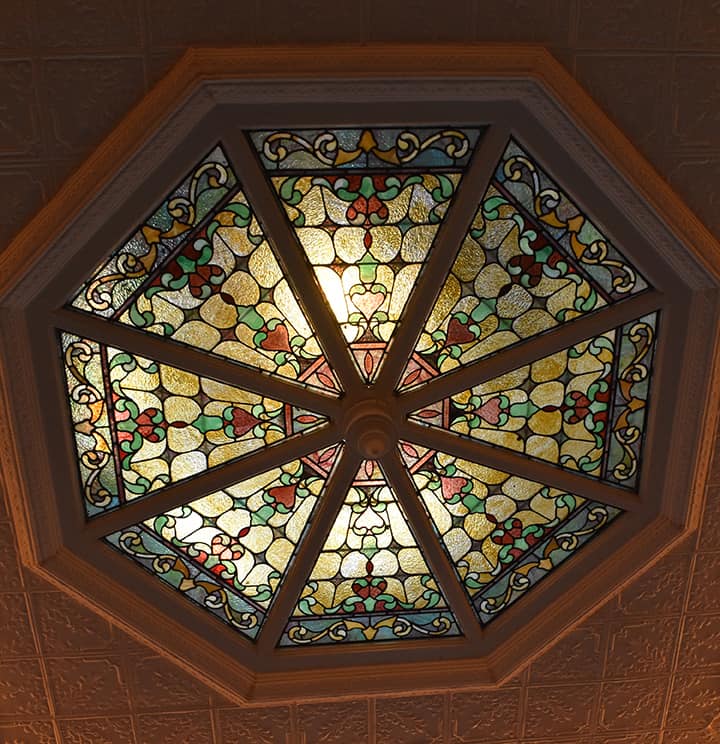 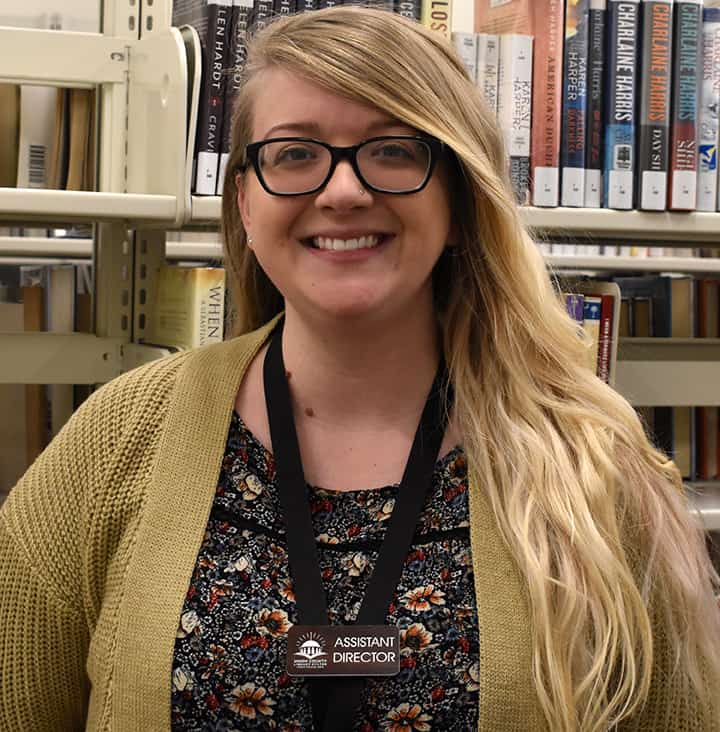 Taylor Atkinson, the library’s assistant director, is proud of how the library has grown during her time there. 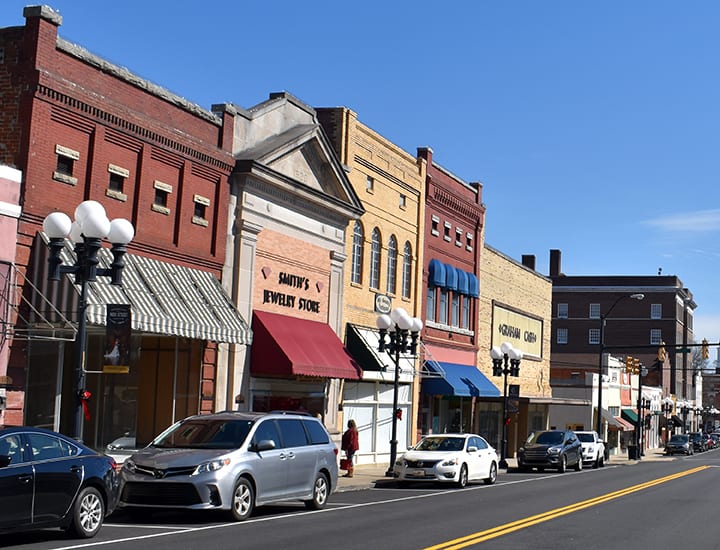 Union, a city of around 8,000 people that is located in the upstate, features the oldest Carnegie library in the state. 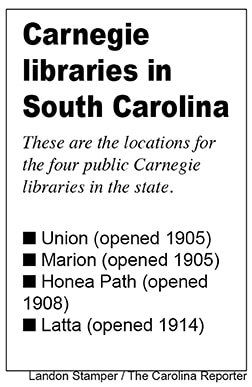