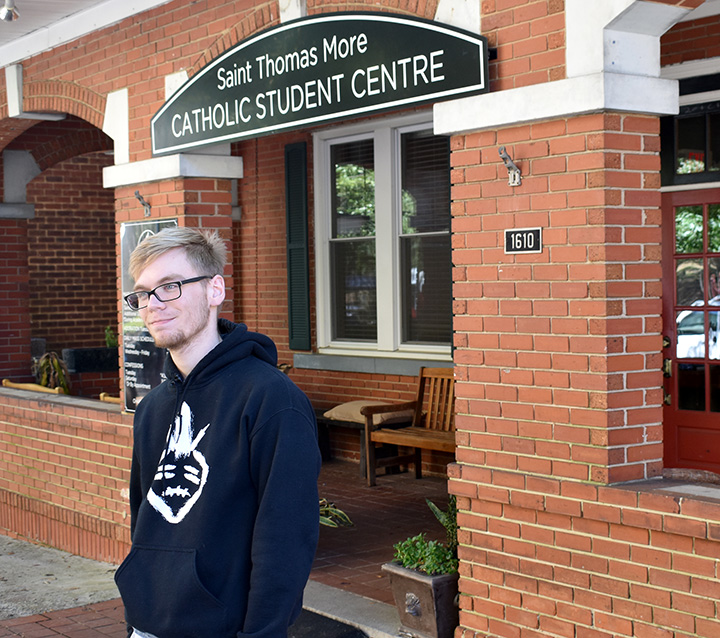 Ryan Rogers, member of the Saint Thomas More Catholic Church at UofSC believes that the sexual abuse is a serious issue giving the church a negative stereotype.

Students at the University of South Carolina talked Monday about the priest scandals in the Roman Catholic church and Pope Francis’ response at a four-day summit that just concluded this weekend in Rome.

“I think it’s good that they’re finally acknowledging that it did happen to people within the church, especially people that grew up within the church. It’s a new age, they’re addressing it,” said Megan Feeney, a Roman Catholic who was educated in parochial schools.

The clergy, including high-ranking bishops and cardinals, gathered from around the world and listened to testimonies from abuse victims. Pope Francis called for an “all-out battle” against abuse within the church, although critics say the Pope has still not addressed how he will deal with predators still within the clergy. During the meeting, it was revealed that some documents had been destroyed related to the child sex abuse scandal.

“Growing up I didn’t realize it was that much of a problem until I was in high school,” said Ryan Rogers, University of South Carolina student. “Our own priest has commented on it a few times. He’s said it’s evil what’s happening, it’s one of the greatest sins.”

Rogers was raised Catholic and has been a member of the Saint Thomas More Catholic Church for the last five years. His largest issue with the scandal revolving the church is the negative stereotype and the jokes. “It’s not funny” he said.

In 2003, the church published the “Charter for the Protection of Young People” addressing and attempting to combat “the scourge of the sexual abuse of minors and to open pathways of reconciliation and healing for those who were abused.”

The Pontiff, released a letter to the 1.2 billion Catholics apologizing for the abandonment of “little ones” and vowing for no more coverups.

Abuse by the Roman clergy was first publicized in 1985 when a Louisiana priest pleaded guilty to 11 counts of molestation of boys. In 2002, following a series of articles published by the Boston Globe, the archbishop of Boston, Bernard Law, resigned after it was revealed he and others in the diocese moved abusing priests from parish to parish rather than turn them into authorities. The scandal was the subject of the 2015 film “Spotlight.”

Last month, a high-profile U.S. cardinal and former archishop of Washington, Theodore McCarrick, was defrocked during a closed-door Vatican proceeding. McCarrick was found guilty of soliciting sex during confession and committing sins against minors and adults.

“I think they’re doing a good job of realizing that this is the time that they need to be recognizing the issue, acknowledging it, making amends and moving forward,” Feeney said.

Pope Francis told the audience they need to take “concrete and effective measures” to alleviate the situation.

The meeting concluded in Rome with the bishops agreeing to move forward with ideas and reconvene in June. Currently, there are no concrete solutions to tackle the issue.