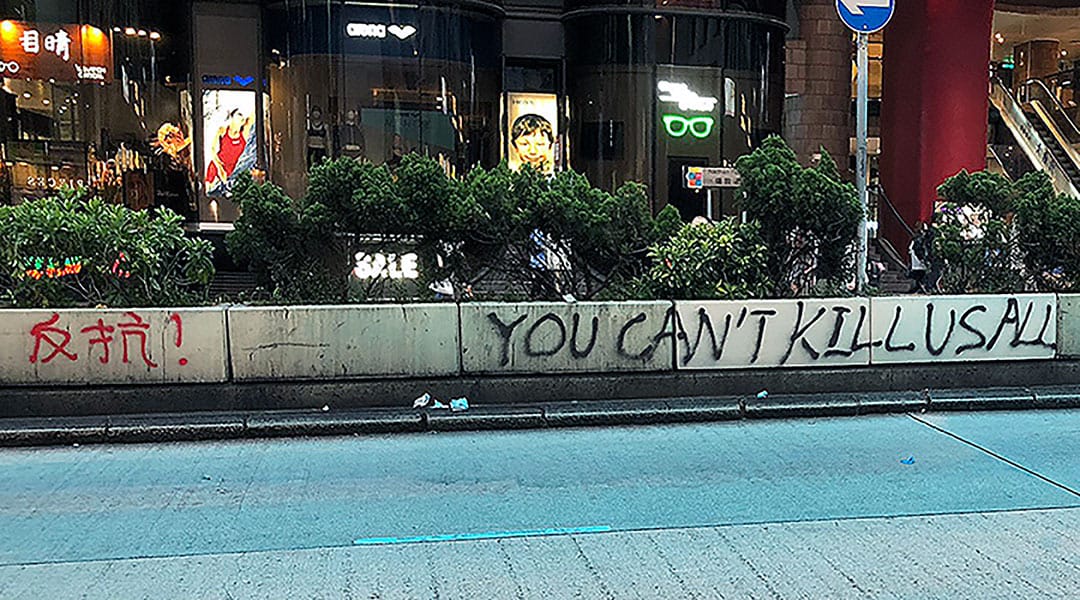 Protestors have created graffiti outside of buildings, on tunnels and under bridges throughout the city to protest the Chinese government. They write things such as “You can’t kill us all,” “My body is over the ocean,” “Free HK” and “An unjust law is no law at all.” Credit: Jack Hall

After three semesters of studying abroad in Hong Kong, Jack Hall, a University of South Carolina student, suddenly found himself on a plane back to Columbia as anti-government protests widened and swept through Hong Kong universities.

“I had just gotten back from a trip,” Hall said. ‘The protests started the day I got back and then the next day we were pulled out.”

Hong Kong citizens are protesting against the Chinese government because of an extradition law the government proposed in February, which was eventually withdrawn. The proposed law stated fugitives in Hong Kong could be extradited to mainland China.

Chiahan Chen, a UofSC graduate student from Taiwan, said this law was proposed after a teenage Hong Konger, Chan Tong-kai, murdered his pregnant girlfriend during a trip to Taiwan and left her body in a suitcase before he fled back to Hong Kong.

Hong Kong was a British colony until 1997 when China regained control of the island city.

After China regained control of Hong Kong, the government told Hong Kong nothing would be changed in the city’s government for 50 years. When the extradition law was proposed, it upset Hong Kongers, because it had only been 22 years and the Chinese government was trying to implement a new law for the city.

“As the semester went on, it was pretty calm at first, but as the government kept putting more bans and regulations on the protestors, the protests heightened,” Hall said.

“And then one day the government says, ‘Okay, we’re going to have to do something else. The protestors cannot cover your face. If you cover your face, it’s against the law,’” Chen said.

The police used rubber bullets and tear gas against protestors throughout the city. Hall said he would be shopping for groceries when his eyes would suddenly start burning because police would fire tear gas into the stores.

When the police went to the Chinese University of Hong Kong, where Hall studied, students started barricading the entire university.

“That’s when [the police] started firing tear gas at the campus,” Hall said. “The students started destroying the train tracks next to the campus for the subway system. They took bows and arrows from the track and field office, started lighting them on fire and firing at the police. That was all in a period of 24 hours.”

The day after campus protests started, UofSC told students studying abroad in Hong Kong that their semester was ending early and gave instructions for scheduling a flight home.

Witnessing the protests firsthand was a history lesson that went beyond the classroom.

“This is probably one of the biggest protests in Hong Kong’s history and I think it’s only going to get bigger and bigger,” Hall said. “This is something that they’ve been wanting to fight for a while.” 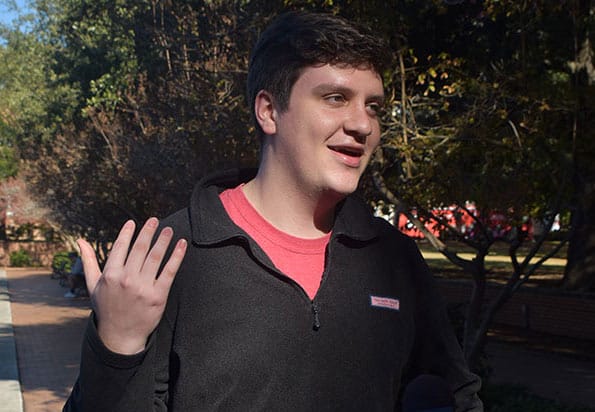 Jack Hall, a senior UofSC international business major, returned early from his third semester studying abroad at the Chinese University of Hong Kong, because of ongoing violent protests in the former British colony. 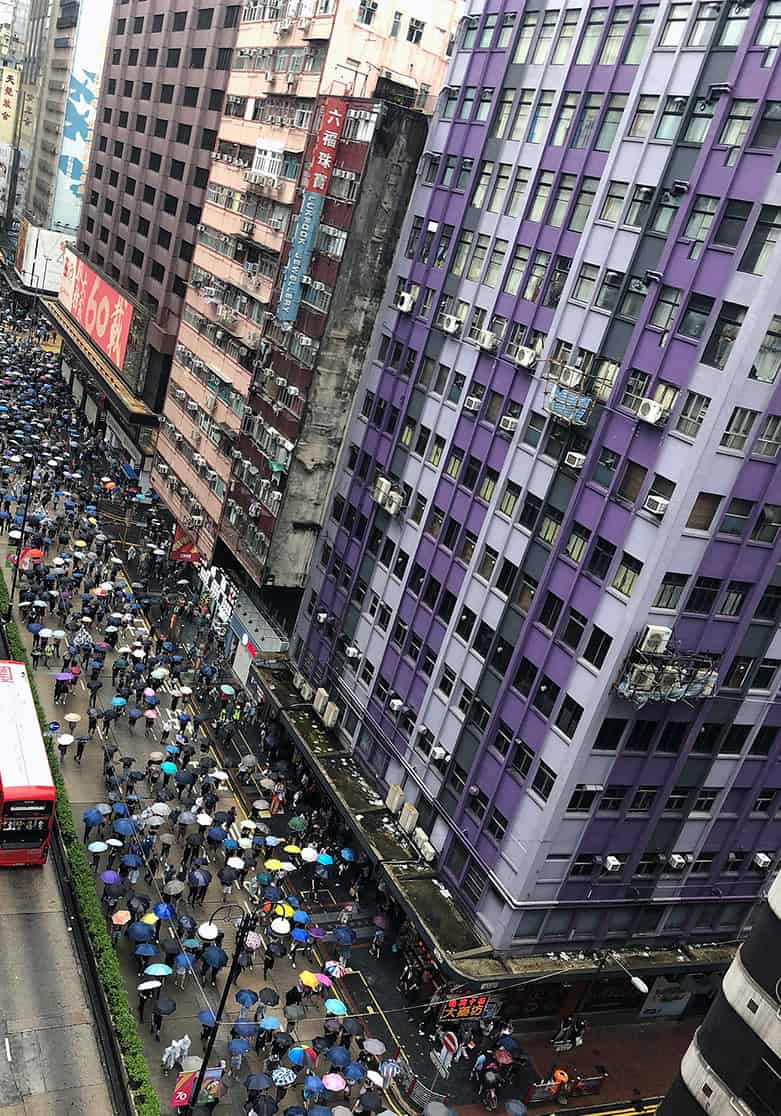 Protestors in Hong Kong use umbrellas as a symbol of resistance and to conceal their identities as they protest against the Chinese government. Credit: Jack Hall 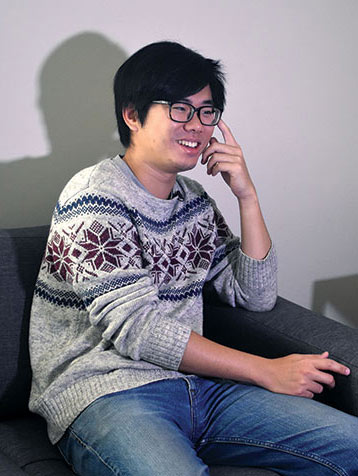 Chiahan Chen, a graduate computer science student from Taiwan, said the Hong Kong citizens are pushing for democratic reforms, but he says the Chinese government won’t listen and is using rubber bullets and tear gas to stop the protests. 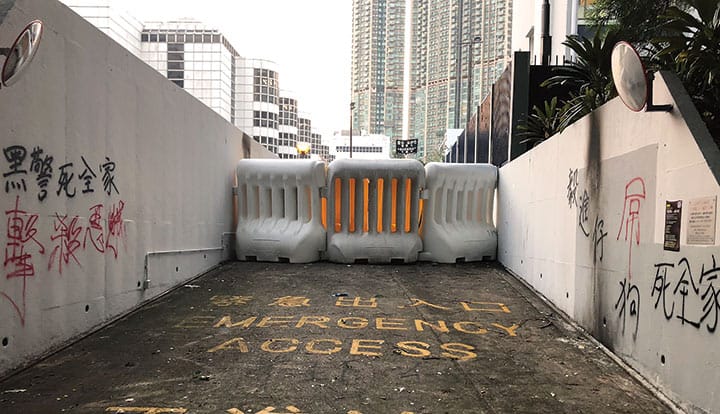 Police use barricades to surround Hong Kong universities to prevent student protestors from leaving campus. Students have been using homemade weapons and bows and arrows to fight the police. Credit: Jack Hall 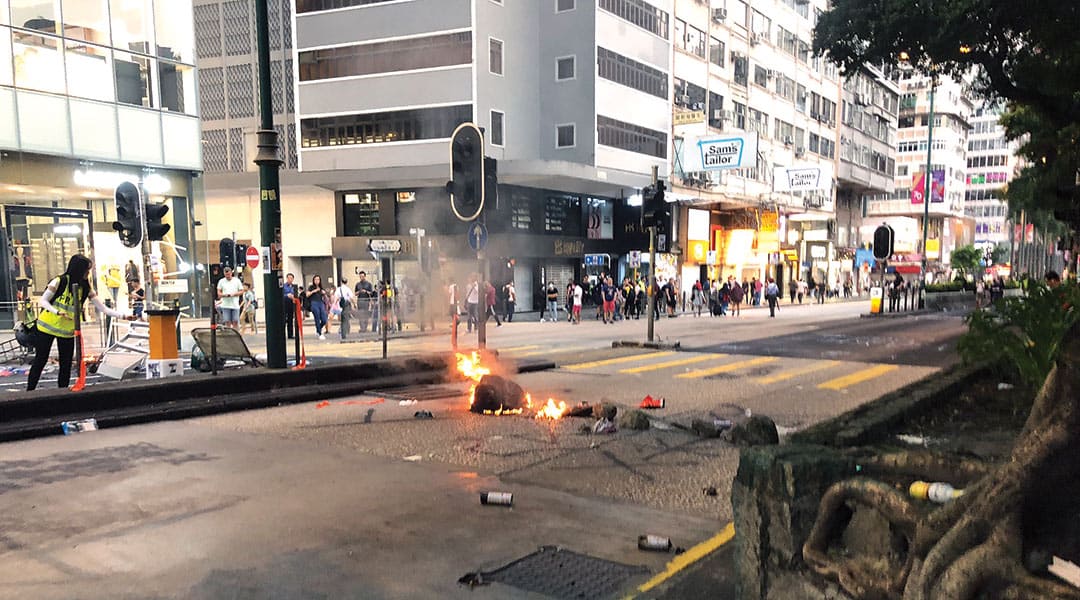 Fires burned on the streets from gasoline bombs thrown by protestors at the police. Credit: Jack Hall