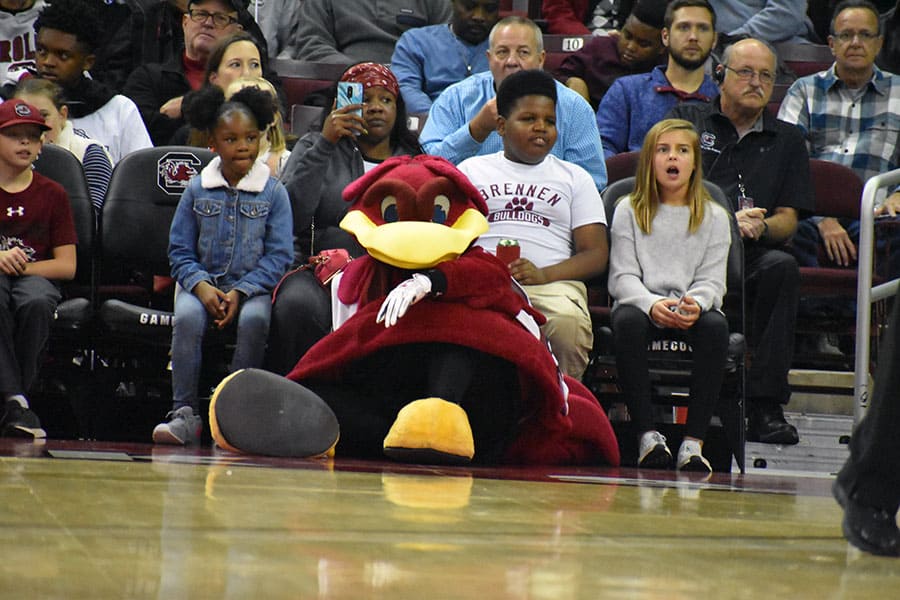 After a more than disappointing football season, South Carolina fans are looking to men’s basketball coach Frank Martin to lift their Gamecock spirits this winter.

Three years ago, the Gamecocks made their state and university more than proud when they made it to the Final Four during March Madness. The team has fallen short of making the NCAA tournament since.

Former Gamecock star Chris Silva joined the NBA last season, leaving the Gamecocks with a young team, but according to Martin, a team that has plenty of talent and depth.

The Gamecocks are currently 4-1 this season as they head to Mexico this week to finish up the Cancun Challenge with a Tuesday game against Wichita State.

The projected starters for Tuesday’s match are likely the same players Gamecock fans can expect to step out on the court at each of South Carolina’s regular season match-ups. 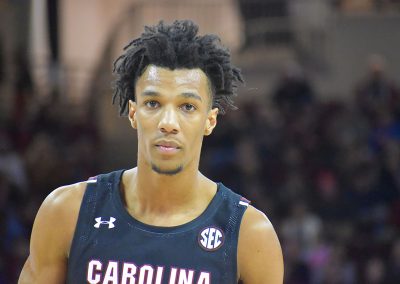 Sophomore AJ Lawson is back starting for South Carolina after withdrawing from the NBA draft pool the day before the deadline to return to college. He recorded his 100th assist of his career last Friday in a win over Gardner-Webb University. His 3.8 assists per game is a team high and he is currently averaging 17.5 points a game. He posted a team high of 22 points against Boston University on Nov. 19. 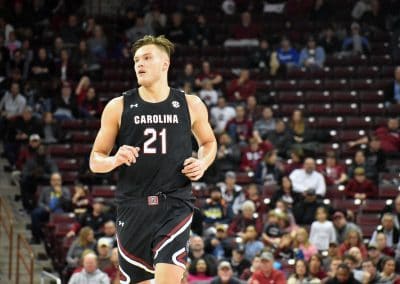 Senior Maik Kotsar is the only returning player from South Carolina’s Final Four run in 2017. In the Final Four matchup against the top seeded Gonzaga Bulldogs, Kotsar scored four points. He has continued to be one of the Gamecock’s strongest components starting in 30 games last season. He had a career high of 12 rebounds on Nov. 15 against Cleveland State. 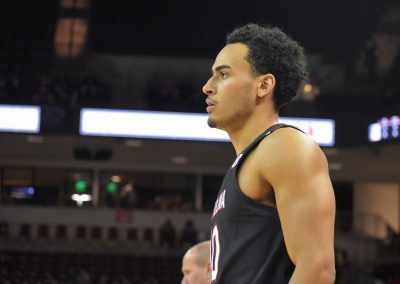 Justin Minaya saw lots of action his freshman year, starting in 30 games, but missed a majority of last season due to a knee injury. He’s back starting on the court as a redshirt sophomore after receiving a medical redshirt. The forward defensively held top Wyoming Cowboys scorer, Hunter Maldonado just 10 points in a previous game this season and had a career high of four blocked shots in last week’s matchup against Gardner Webb. 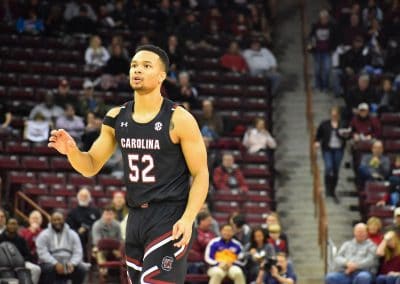 Due to NCAA transfer rules, redshirt junior Jair Bolden didn’t see any action last season at Carolina after transferring from George Washington University. His excitement to be back on the court was evident when he posted 14 points with eight rebounds in the Gamecock’s first game against North Alabama on Nov. 6. He is currently averaging 11 points per game. 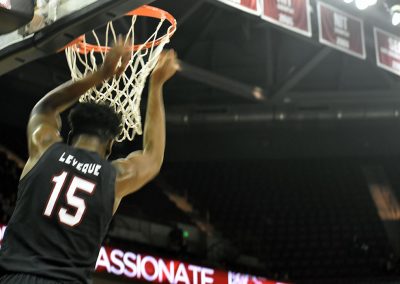 The newest starter for the South Carolina Gamecocks is highly anticipated freshman Wilden Leveque, named the number two player in the state of Massachusetts by ESPN.com. Leveque started his first game last Friday against Gardner-Webb where he blocked a season high three shots.