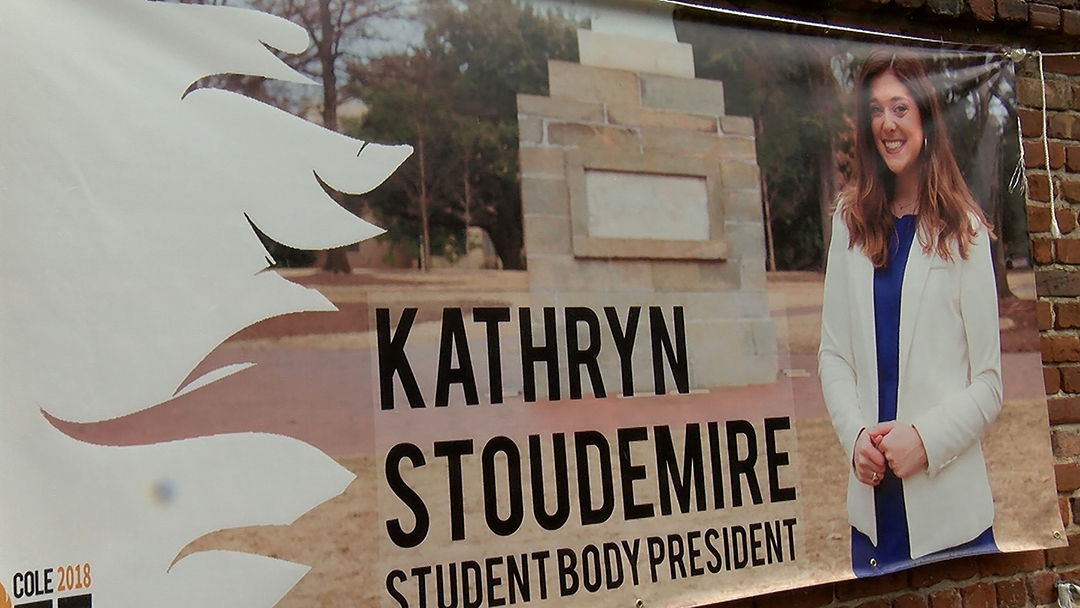 You can see these posters all over campus as Kathryn Stoudemire prepares to run for student body president. Credit: De’Angelo Stevenson / The Carolina Reporter. 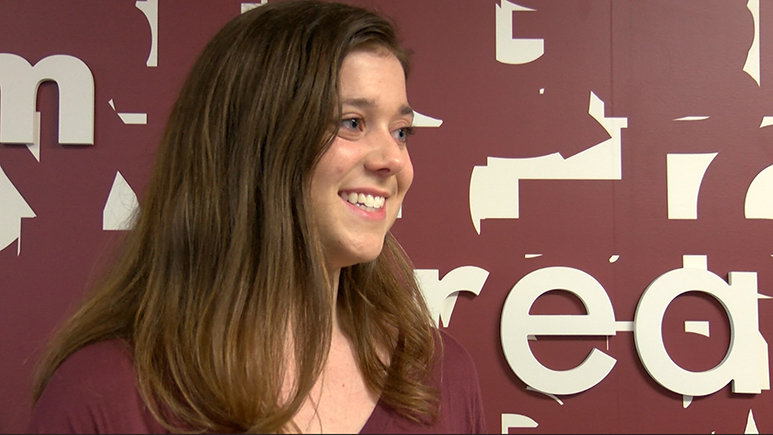 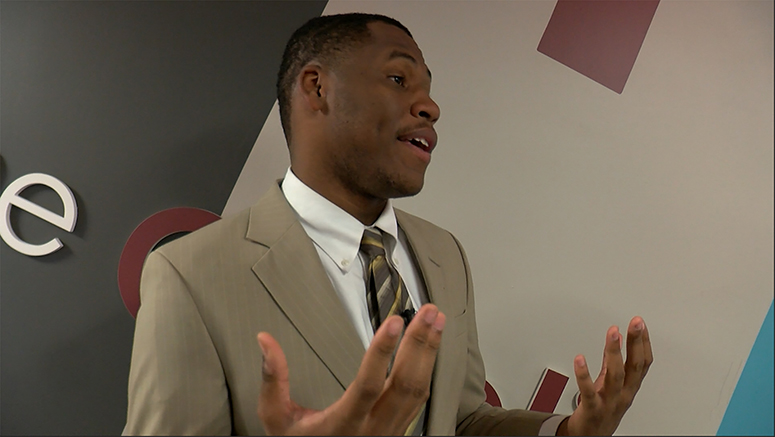 Nick Hooks talks about his plans for the vice presidency and about the significance of being a black man running for a top student government post. Credit: De’Angelo Stevenson / The Carolina Reporter. 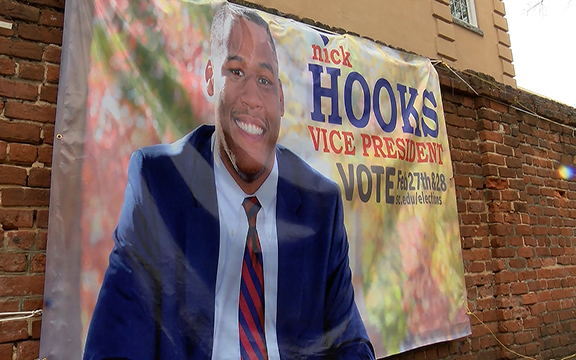 Nick Hooks vice president posters can be found all over USC’s campus as he prepares to take a crack at the VP position. Credit: De’Angelo Stevenson / The Carolina Reporter. 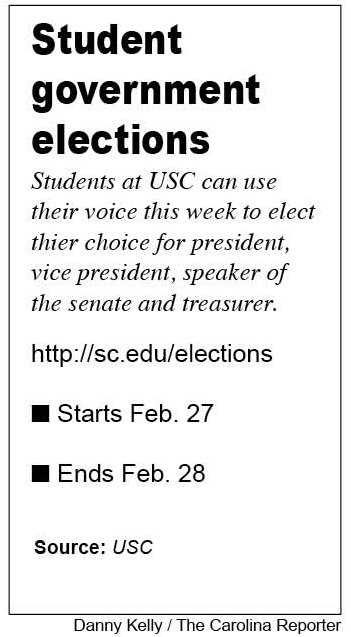 The University of South Carolina opened voting for student government elections Tuesday. This year’s election is very diverse; it includes three black men and the opportunity to elect a female student body president for the first time in four years.

Kathryn Stoudemire, a junior majoring in journalism and political science at USC, is running for student body president.

“I’m running on this idea of ‘believe we can’,” Hooks said. “Believing that we can reach into the lives of our students and truly put forth changes that we can truly build.”

Others running for student body vice president include Madi Carzon, Chase Cole and Mills Hayes. Emerson Odagis, a sophomore, is running to become the next student body treasurer.

“I think it’s seeing the reactions on students’ faces when they come up and talk to me, like ‘hey, you actually have great ideas’,” Odagis said. “That’s the biggest takeaway for me, that’s basically why I’m doing it, that’s why I love to affect change and help other students.”

Others running for student body treasurer include Wilfredo “Fredo” Anderson and Eugene Suydam. Patrick Ellis and Aaron Greenberg are running for the university’s first-ever speaker of the student senate. 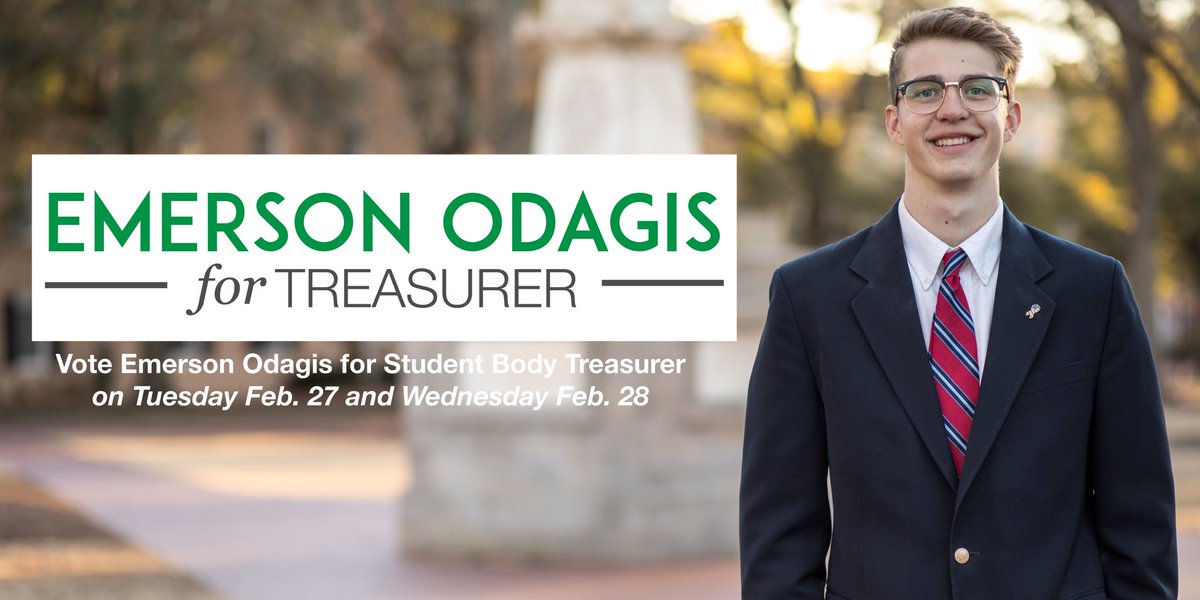 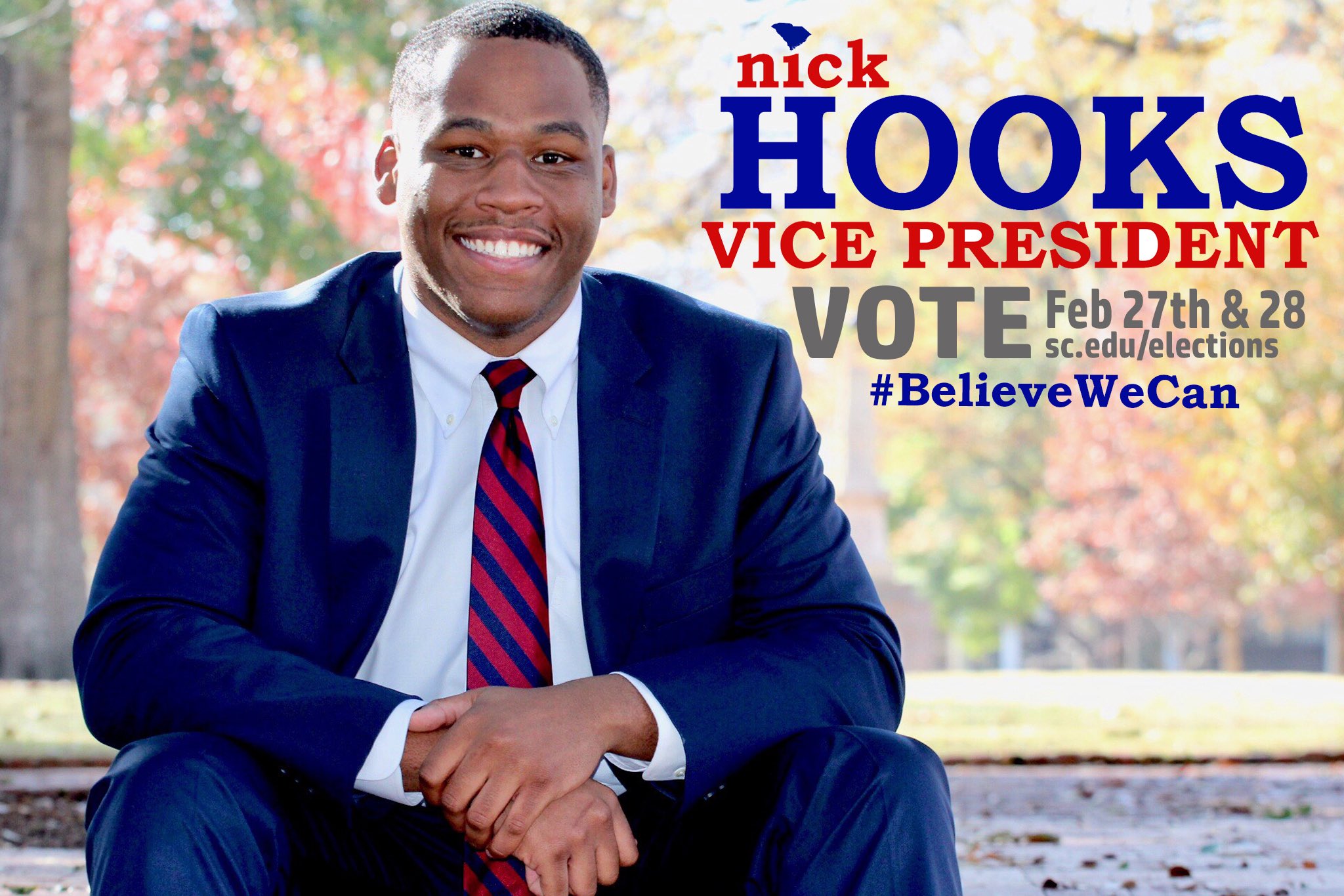 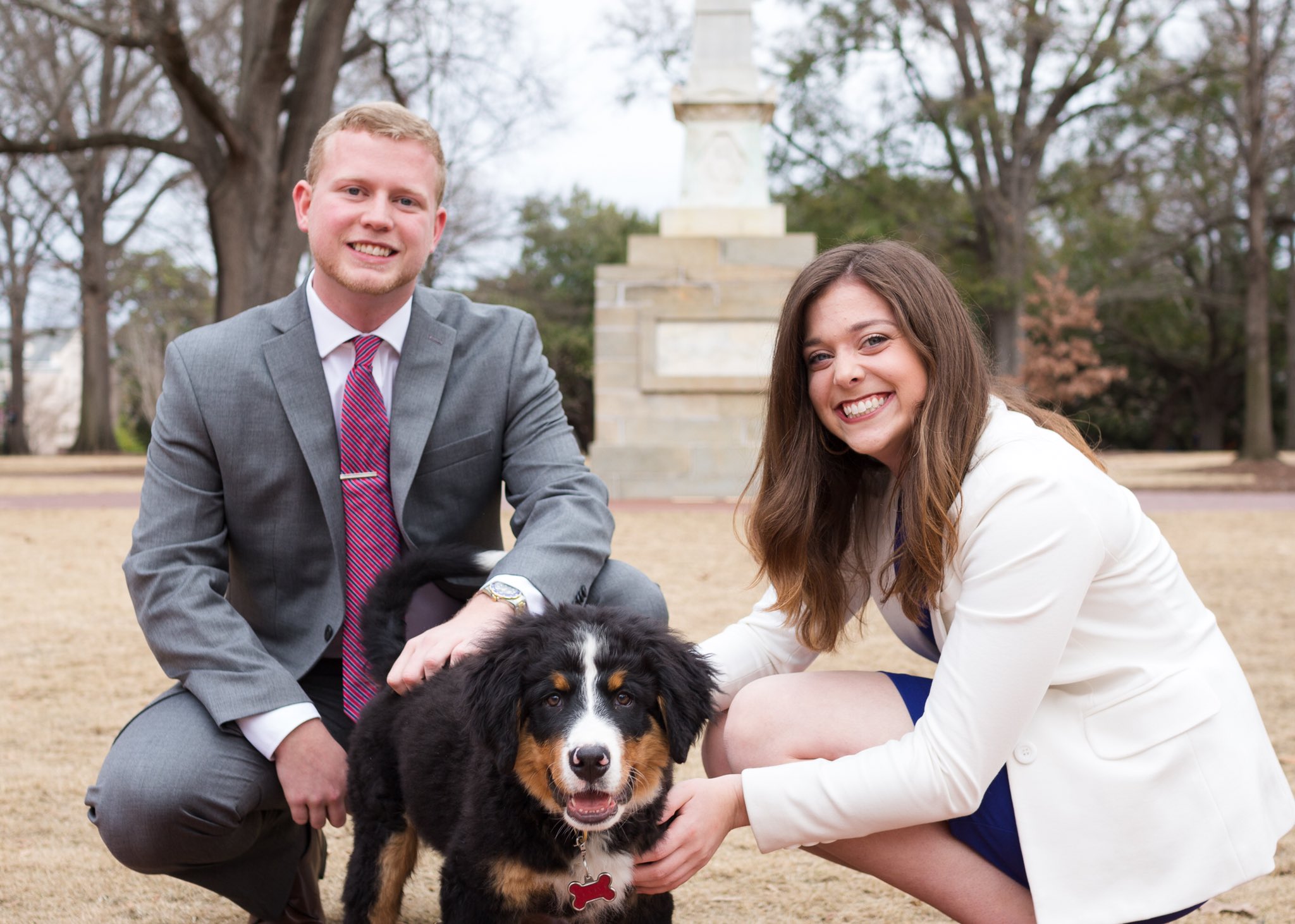 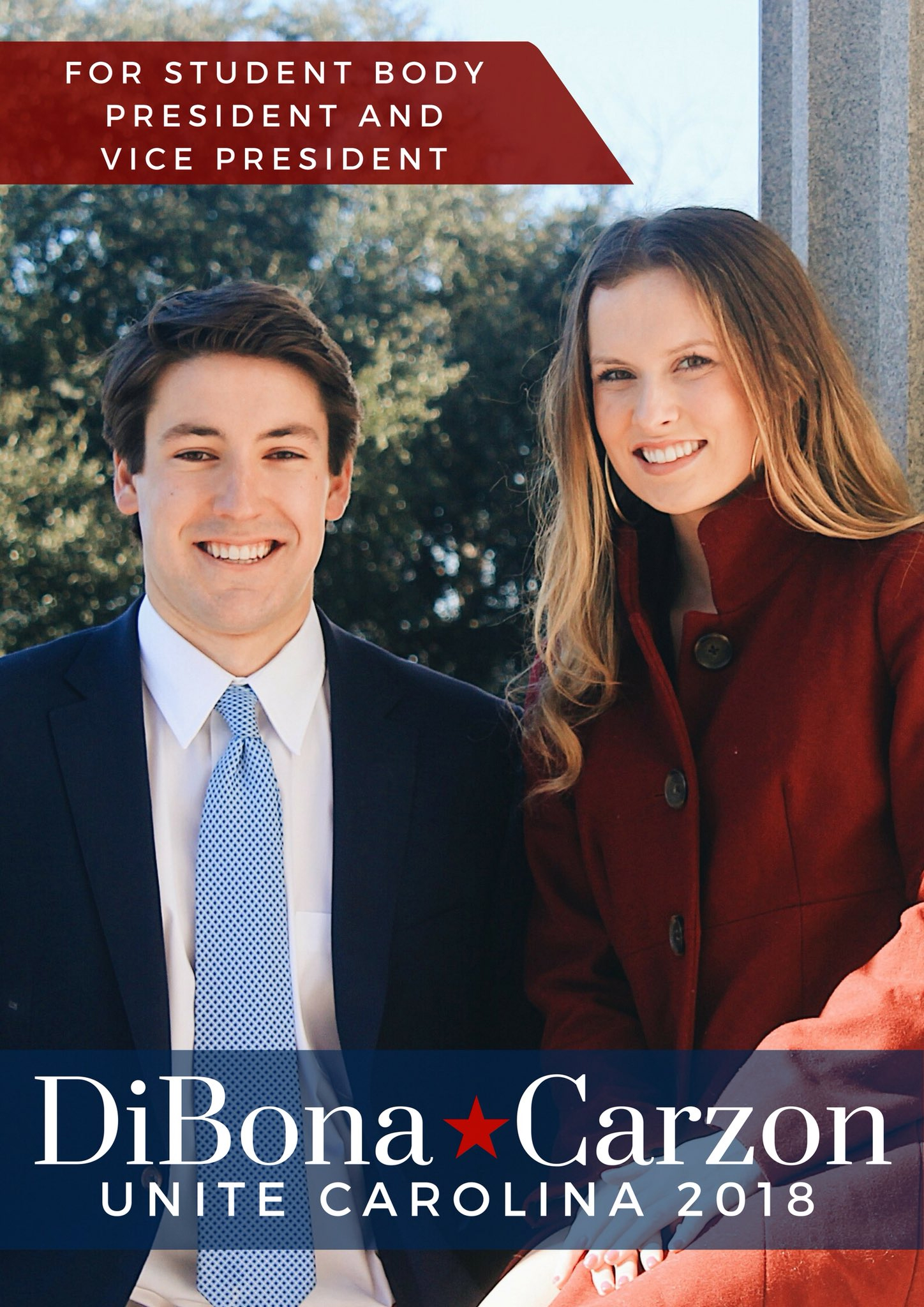