“Wall of Remembrance” unveiled on 9/11 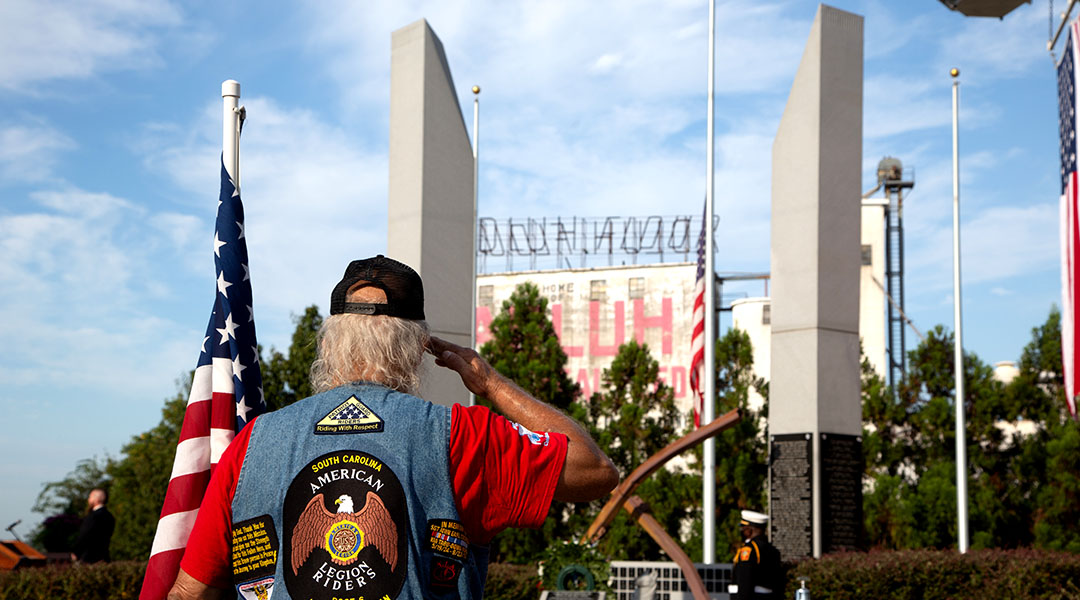 An American Legion Rider salutes in front of the Columbia 9/11 and First Responders’ Memorial during the Pledge of Allegiance.

“There is no doubt that the horrific acts of a few are surpassed by the heroic acts of many,” Caslen said. “We gather here to remember, to console and to pray.”

The “Wall of Remembrance” memorializes the names of 59 first responders and service members from the Midlands area that have given their lives over the last 19 years.

It was added behind the two steel beam towers from the World Trade Center that were built 10 years ago in honor of the lives lost on Sept. 11, 2001.

“We remember once again how ordinary human beings, living ordinary lives, reacted with extraordinary heroism when without warning, and in an instant they, were thrown face-to-face with the most fundamental questions of human existence,” Caslen said. “On Sept. 11, 19 years ago, we saw ordinary people choose duty in the face of death.”

Throughout the ceremony, two bells chimed followed by 30 seconds of silence for every airplane strike on the towers and the Pentagon.

Gov. Henry McMaster also presented Daniel Hennigan, the founder of the Columbia 9/11 memorial and a U.S. Army veteran, the Order of the Palmetto. The plaque being the state’s highest civilian honor award to South Carolinians who achieve extraordinary lifetime service and achievements of national or statewide significance. 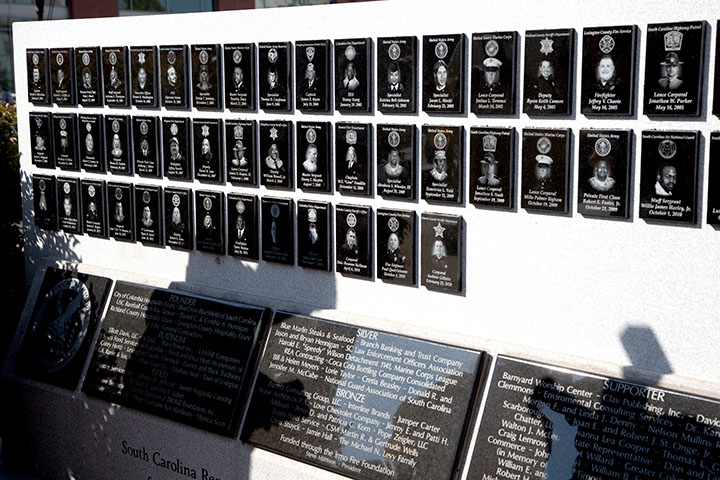 The “Wall of Remembrance” lists the names and faces of South Carolina’s first responders who have given their life for their state and country since 9/11. 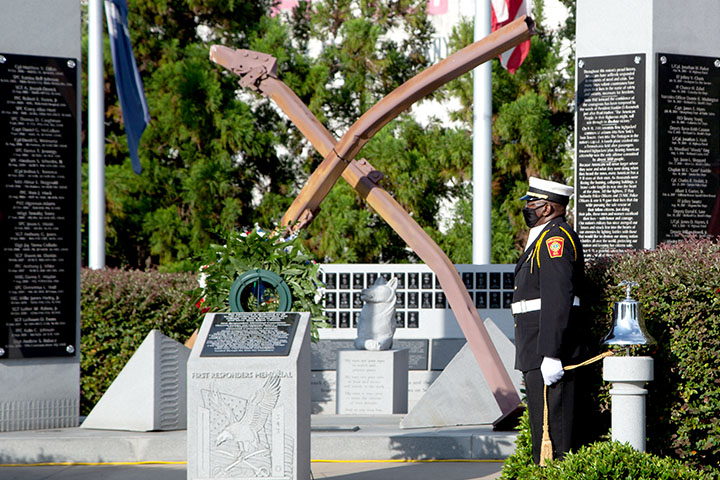 A Columbia fire marshal chimes the bell twice followed by 30 seconds of silence for every airplane strike on 9/11. 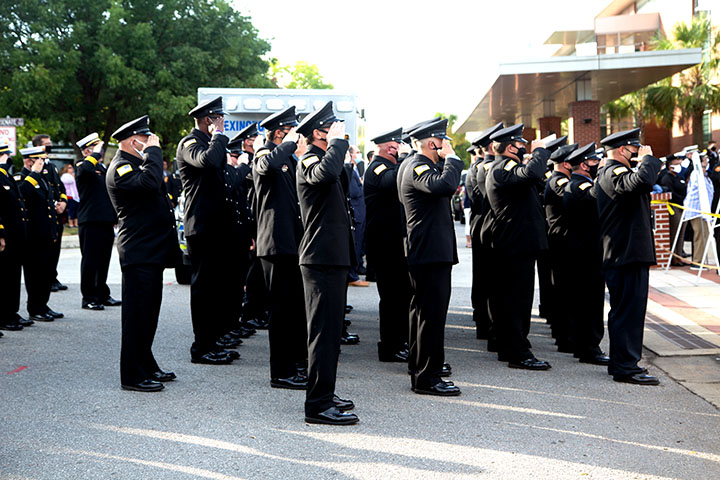 Police officers pay their respects to the lives lost on 9/11 at the 10th Annual “Morning of Remembrance” in Columbia. 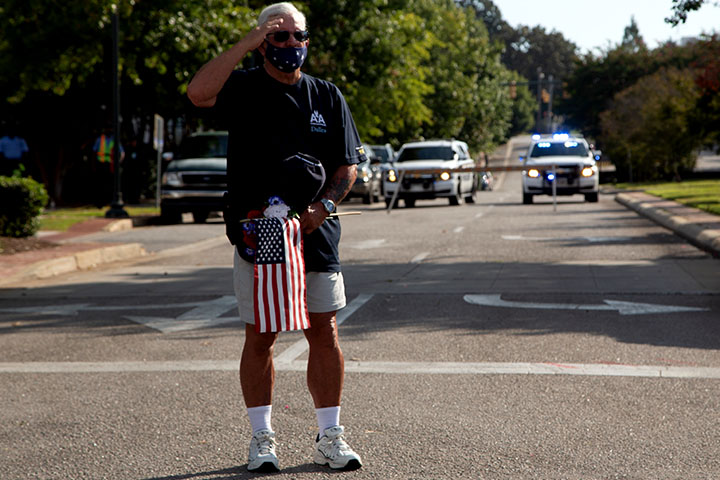 A bystander salutes during the unveiling of the “Wall of Remembrance.”