Covering a President who craves attention while excoriating media 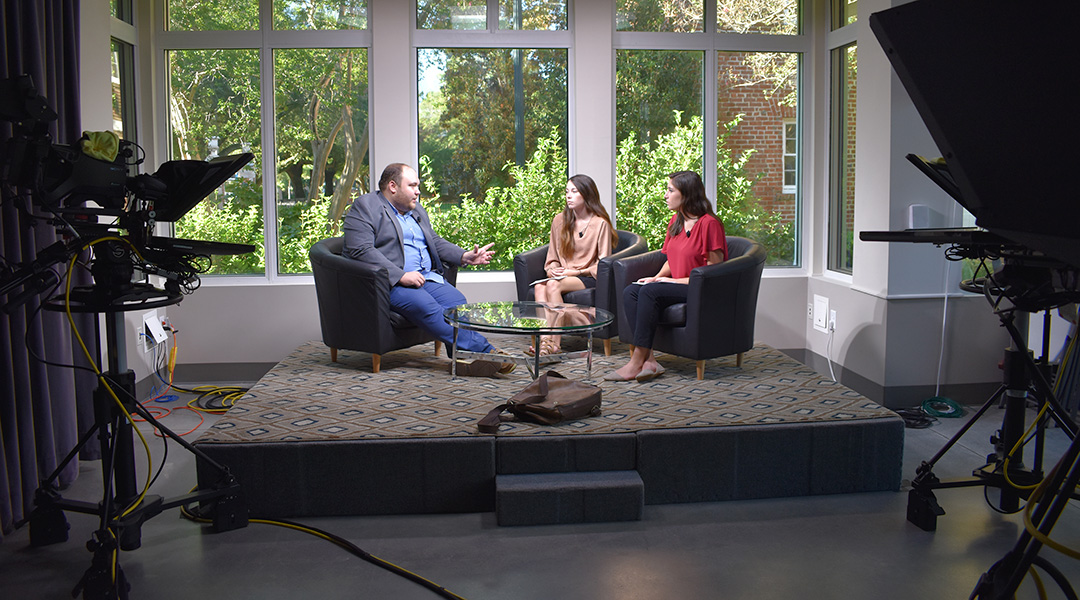 Washington Post White House correspondent Josh Dawsey said Thursday he learned quickly that President Donald Trump has two faces: the provocative rage-filled public persona he employs at his media-saturated rallies and the other less exaggerated private version of a man who doesn’t drink and eats a steak with ketchup at almost every meal.

“We’ve never, I think, seen a President who cares so much about his media coverage, who has such a complicated relationship with the media,” Dawsey told students at a University of South Carolina forum. “He both excoriates us and tells us that we’re the worst people that ever lived, and also woos us and charms us and calls us off the record; tries to convince everyone all the time to see it his way.”

Dawsey, a 2012 graduate of USC, said the President uses the media to his advantage, often telling them one thing and then saying another to his constituents. In the second year of his presidency, reporters are still grappling with how to cover the more enduring issues of governance even as as they are constantly barraged with provocative presidential tweets about firings, personal vendettas and ramblings.

“He relishes that conflict, he likes to see the fighting. So one way they [the White House staffers] fight is through the press,” Dawsey said. “For as much as he criticizes us and fights with the media though, he craves the attention just as much.”

Dawsey spoke with students, faculty and community members at an event sponsored by the Civic Learning Education and Action Team at USC. He said the work can be all-consuming as he tries to remain in front of his competitors.

“It’s the most crowded beat in the world, the scoops are the hardest to come by, and there’s just a lot of fast-moving parts,” said Dawsey, who grew up in the small town of Aynor, South Carolina. “It’s easy to get things wrong on this beat, so you have to both be very competitive and very careful.”

Those who attended the event were given an opportunity to ask questions following Dawsey’s talk, and one question that drew the crowds curiosity was what lies ahead after the resignation of Nikki Haley, the U.S. Ambassador to the United Nations.

Haley, a former South Carolina governor, resigned last week after two years in the post and left reporters scrambling to figure out the backstory behind her resignation. Dawsey says he hasn’t found the backstory if there is one; he noted that Haley is in debt, she has children in college and doesn’t make a lot of money in her current position. He said that Haley should not be discounted as a major Republican political figure in coming years, including a possible presidential contender in 2024.

“It’s way too early to know what’s going to happen,” Dawsey said. “But anyone who thinks she won’t eventually seek higher office is severely misguided.”

Dawsey, 28 and one of the youngest reporters to be assigned to cover the White House, spoke humbly about his access to the President and the workings of government, noting that his favorite moment thus far was when he stepped onto Air Force One for the first time.

“The first time you step on Air Force One is a surreal experience,” Dawsey said. “I mean you go through levels of TSA like no other, because you are now in the President’s bubble.” 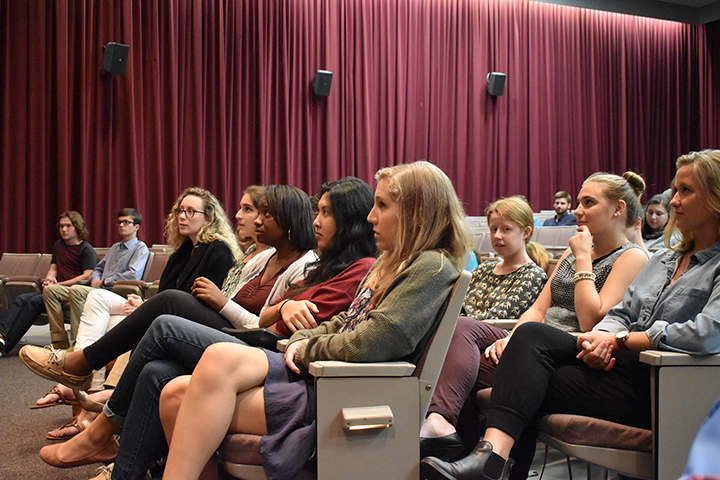 Students, faculty and community members gathered in the Russell House theatre to listen to Josh Dawsey, a USC graduate who is now a White House correspondent for the Washington Post. 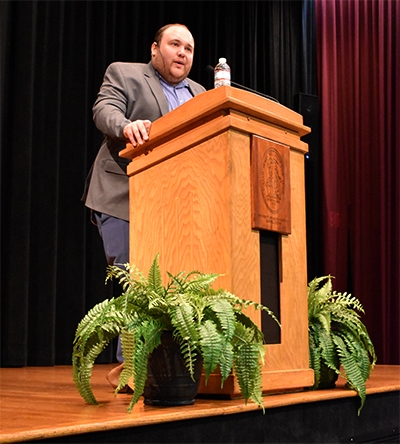 Josh Dawsey used anecdotes from his time as a White House correspondent to explain what reporting on President Donald Trump is really like.