Early in her career, Amie Kiehn, social media manager for the Carolina Panthers, worked for the NFL Combine and was surprised when she saw a long line coming from the men’s restroom, while the women’s room was almost empty.

That suggested to her how male-dominated the professional scouting and interview camp was, from players who were trying out to the reporters who covered them. And it was, for her, representative of the sports world at large.

Now Kiehn oversees a predominantly female staff in the Panthers’ social media department, including a female photographer, which she believes is very rare in the world of football.

“You probably can’t tell from the (social media) voice of a team if it’s run by a woman or a man,” said Kiehn. “Most people are surprised that it’s women that are running the accounts. I think they just associate sports, particularly the NFL, with being male-dominated.”

Since she was eight years old, Kiehn knew she wanted to be a sports journalist. As she got older she realized there were other opportunities for women to be more than just a feminine face on the sidelines.

“Does more opportunity for women need to happen? Absolutely, and I think you’re going to see that,” said Kiehn. “But I think the biggest thing is you’re seeing more representation of a role besides on-camera personalities. And that’s really important for women.”

In the male-dominated world of sports, an unequal distribution of males and females in professions surrounding sports is no secret.

Walking into the press box of a major sporting event, an observer will notice two things – the number of people and the amount of equipment. After a while, something else becomes apparent, the number of men eclipses the number of women.

Kevin Hull, an assistant professor and journalism sequence head for USC’s School of Journalism and Mass Communications, has experienced many aspects of the sports media business.

Hull started as an intern at a local sports station in high school. After graduating from Boston University, he was a news and sports reporter in Wilmington, North Carolina, before teaching high school and ultimately continuing his career at USC as a professor.

Now Hull teaches a sports media class, advising students about the industry that has drawn him in since he was a child.

“The fact is, it’s a field that’s been dominated by men for so long so I grew up idolizing male sportscasters because that’s who was on TV,” said Hull.

Hull talks to his students about the difficulty of breaking into the sports beat, for both men and women, as it is a market that requires a lot of hard work before a successful career at an outlet like ESPN.

Makenzie Miller, a recent graduate of USC and current sports multimedia journalist/producer at WACH FOX 57, is well aware of the obstacles standing her way as both a female and young professional interested in sports.

“I think it’s just because of the years past you know, the stereotype some women can’t do sports, can’t cover sports,” Miller said. “I think it’s just the past and we just have to make sure that we keep on growing and making our way into this field so we will seem just as accepted as men.”

Miller is confident that the sports media profession is changing and will continue to change for women as they feel more comfortable in their roles. Miller sees women as a major asset to sports because “having a female there in general adds a whole other perspective.”

This idea of diversity in the press box is one that others are also promoting.

Kevin Fitzgerald, broadcasting and media relations director for the Columbia Fireflies, works with an almost entirely male staff, but sees the value in having women participate in sports.

“The more and more females you see working in the sports broadcasting realm the better,” said Fitzgerald. “Diversity’s a good thing, you know I truly believe that. And I would say that I’m obviously not the only one.”

Fitzgerald has spent the past two years in Columbia with the minor league baseball team and in his experience understands why viewers expect men to report on sports.

“Coaches, managers, players, it’s almost an expectation to see men in a reporting role…” said Fitzgerald. “It is so male dominated, that’s just what the average person expects but that’s wrong, just because you expect something and that’s the way it’s been doesn’t mean it’s right.”

For now, women will continue to be a wild card, a minority bringing new ideas to American traditions. But as women settle into fresh roles as reporters, commentators and analysts, experts suggest a pastime that has been so consistently male may see a change in the way media covers the game. 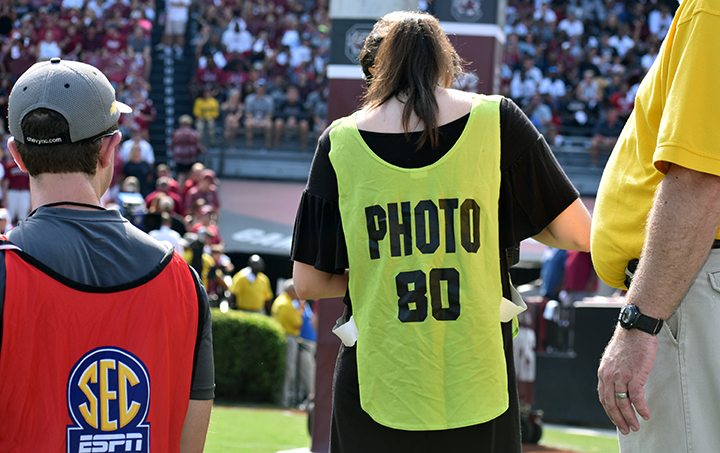 A female photographer is a rare sight on the sidelines of a football game, whether it’s at the college or professional level. 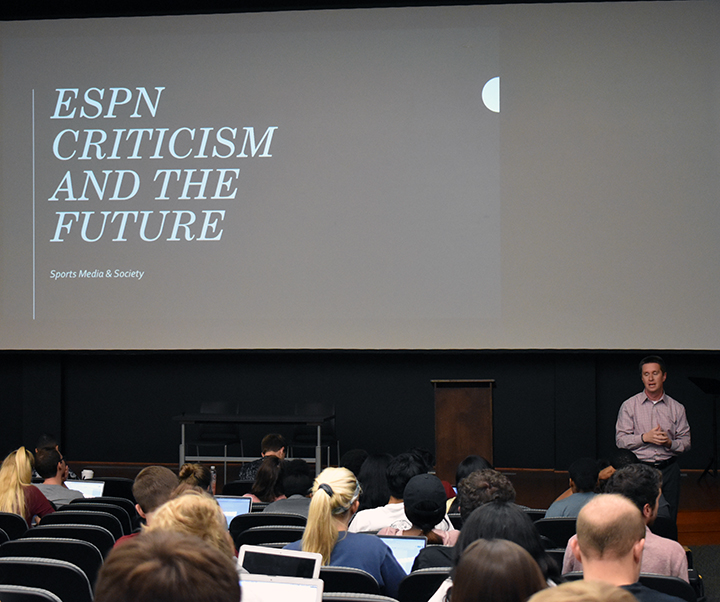 USC professor Kevin Hull’s sports media and society class explores the relationship between the sports industry and the media. Hull and his students examine the way reporters from different organizations cover sports. 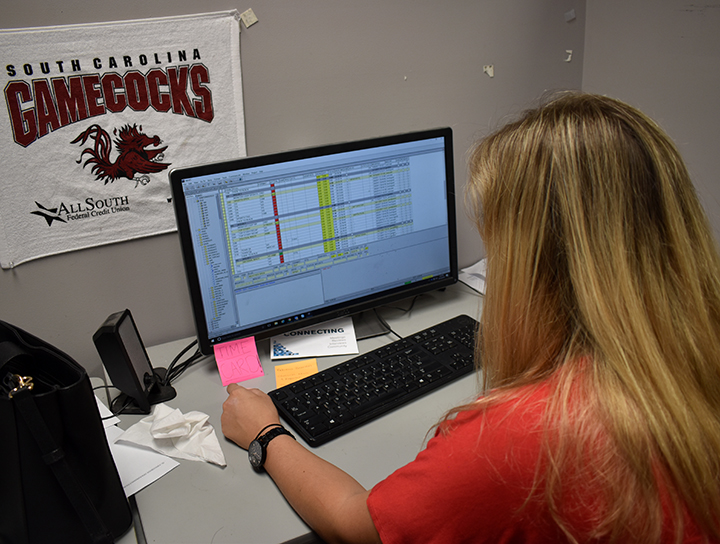 Makenzie Miller has been a long-time lover of sports and decided to turn her passion into a career. At WACH FOX 57, Miller covers sports in a male-dominated environment. 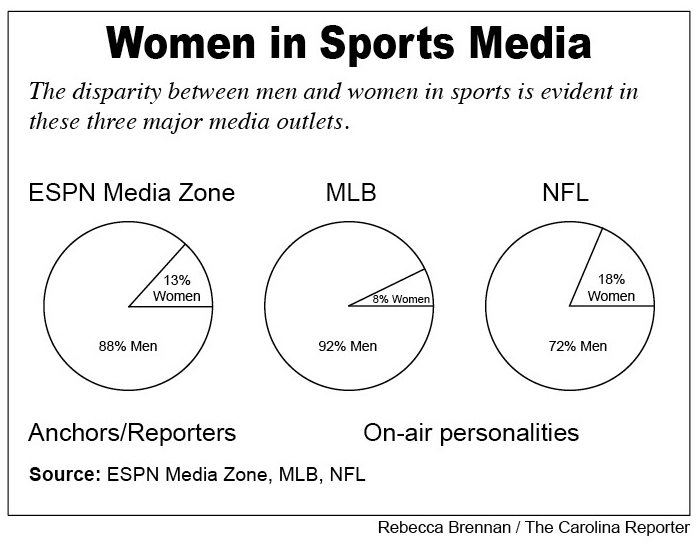