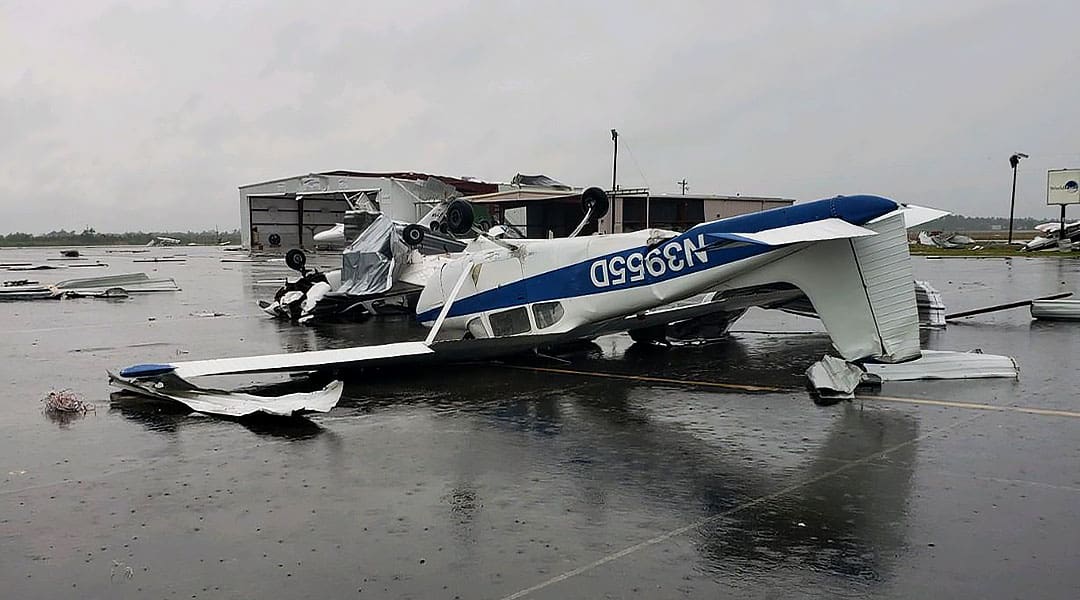 “We have had a tremendous amount of support. People really came from all over to help,” said Brenna Hancock, Hampton County public information officer. “It’s been amazing.”

Early Monday, at least 40 tornadoes caused destruction from Texas to the Carolinas, killing over 30 people across the South. Nine fatalities were reported in South Carolina. In addition to Hampton County, deaths also occurred in Orangeburg and Colleton and Oconee counties.

“We have a new disaster on our hands now,” said South Carolina Gov. Henry McMaster in a Monday press conference. “The destruction is enormous.”

Despite the immense damage and deaths, residents of Hampton County are persevering through the destruction.

All volunteers and emergency service workers wear masks and maintain social distancing while they work towards restoring homes and the electricity grid, said Hancock.

As of Wednesday afternoon, most residents have their power back on. Only 2% of houses in Hampton County are without electricity.

“They’re able to restore it fairly quickly, but we had an entire grid be destroyed, so they had to rebuild the grid,” said Hancock.

Officials estimated all power will be up by Friday.

The worst damage reported was an EF3 tornado with winds as high as 140 mph. The Enhanced Fujita scale is used by the United States used to rate the intensity of tornadoes.

The National Weather Service has not determined where the Hamption County tornado falls on the EF scale.  However, the severity of the storm could be seen in the physical devastation. Thirty houses were destroyed in Hampton and many more were damaged.

Hancock said that due to the coronavirus outbreak, the Red Cross couldn’t open a large shelter to help the affected families, so instead it placed the households in hotel rooms.

Secretary of S.C. Transportation Christy Hall said Monday that approximately 2,000 transportation employees are working with first responders and local power companies across the state to move debris out of roads and bring back power.

“Hampton County in particular is one of the areas that we are moving additional road crews in from adjacent counties,” Hall said.

McMaster said surveying continues in order to assess damages and he will use the data to determine the need for a state emergency. A state of emergency provides funding to the affected regions to help with rebuilding and to aid displaced residents.

South Carolina is already in a state of emergency for the COVID-19 pandemic.

“We haven’t had [relief funding] yet because we haven’t received the declaration yet, but it’s possible due to the amount of damage we have,” said Hancock.

The National Weather Service posted the following public information statement to their website.

“Given the complexity of the surveys, it make [sp] take several days for findings to be completed. Your patience is greatly appreciated. A results of the damage surveys will be transmitted via a Public Information Statement as they are completed and finalized.” 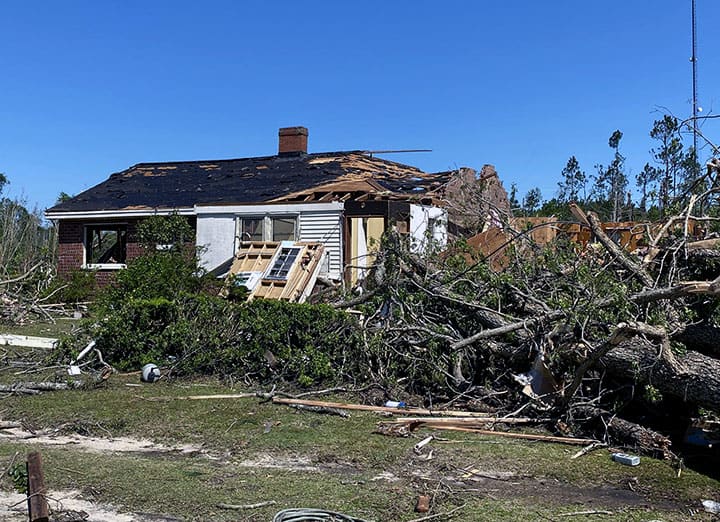 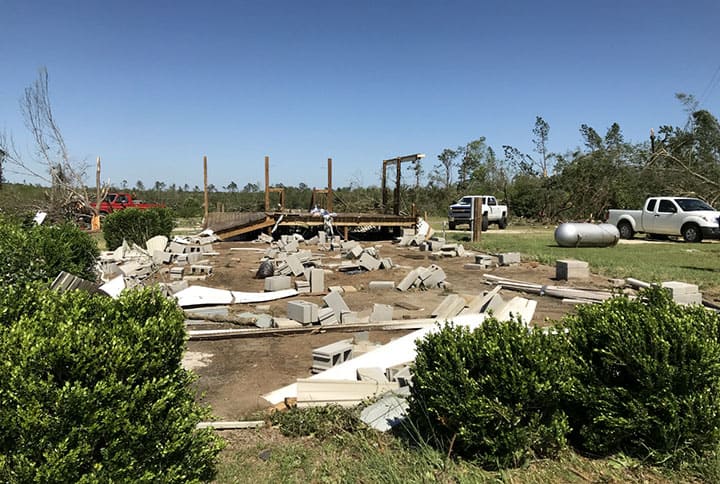 A double wide trailer was totally destroyed by a tornado in Livingston, S.C.. The tornado killed at least two in Orangeburg County and nine across the state. Credit: National Weather Service at Columbia. 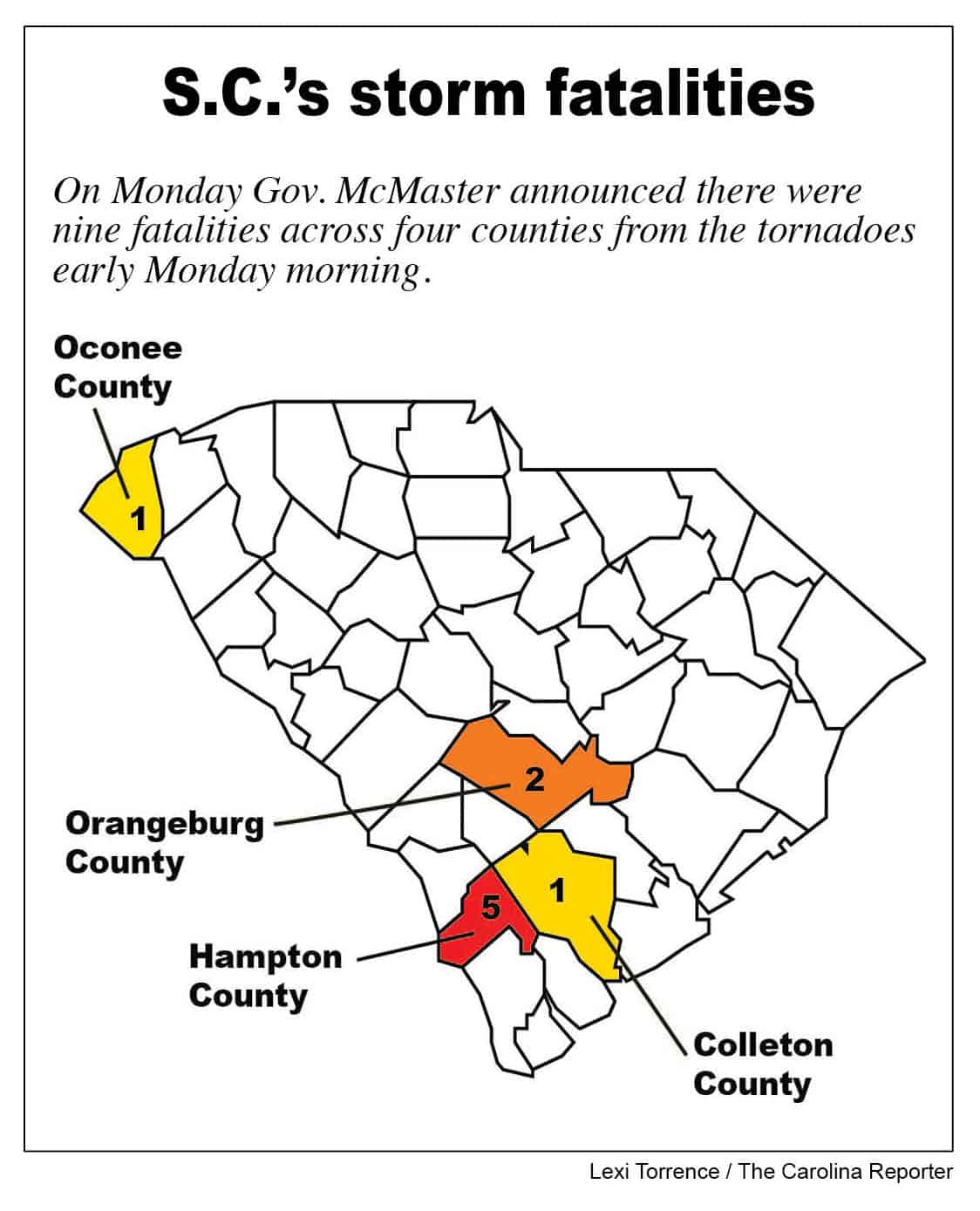