A small historically black college in South Carolina became, in a way, the petri dish for the 2020 presidential campaign when the private college brought President Trump and 10 Democratic presidential candidates to campus to talk about criminal justice reform.

As the President and the candidates aired their views in separate forums, outside a raucous crowd of protesters and supporters reminded passersby that the 2020 presidential election year would also include debates over impeachment, immigration and the role of the presidency in modern life.

The topic of impeachment cast a long shadow over the day as several hundred protesters walked through the streets of downtown Columbia and massed outside of the college wall’s Friday awaiting Trump’s arrival.

Many held up signs with phrases like “Dump Traitor Trump” or “Criminal” while chanting “Donald Trump has got to go,” and engaged in loud arguments with Trump supporters who came out to welcome the president.

Although the two groups were not separated by barricades, there was a heavy police presence nearby to keep the crowd in check. While both groups engaged in verbal attacks, no violence broke out.

Wil Lane, 37-year-old from Lexington, proudly waved a Trump 2020 flag in front of Benedict College while smoking a cigar. His reason for showing his support for Trump were simple.

“I’m a patriot first and foremost. I wanted to yell,” said Lane.

And yell they did. In the tradition of American protest, they shouted and waved signs, and tried to persuade opponents of the righteousness of their arguments.

Gary Voltor, 60-year-old Columbia resident, wore a bright orange traffic vest and led many chants with his megaphone. He said there are a lot of reasons why he came protest Trump’s arrival.

“I am a progressive, anti-Trump protester which is basically what my life has been for the last two and a half years,” Voltor said.

Tensions between the two groups remained high even after the president’s motorcade left the college around 4 p.m.

During his speech Friday to a invitation-only crowd, Trump touted bipartisan legislation called the First Steps Act which would, among other things, ease mandatory minimum sentences for federal prisoners who are serving lengthy prison time for non-violent drug offenses. But the impeachment inquiry was also on his mind as he referred to the work of House Democrats as a “witch hunt.”  Democratic candidates mentioned the president’s impeachment inquiry in their speeches.

Most Benedict College students didn’t get to see the president in person. They were told to remain in their dorms as the campus was on lockdown during the president’s visit.

“It astounds me that he came to a historically black college. I’m not real sure how he managed to get there,” said Patricia Cannon, a 55-year-old protester from Charleston. “I think it was a slap in the face to most of the people that attend college there.”

Cannon said she attended the protest to bring awareness to current issues.

Trump’s visit to an HBCU created so much controversy that Columbia Mayor Steve Benjamin had to moderate a dispute with one of the candidates and the weekend forum sponsor, the 20/20 Bipartisan Justice Center.

Before Saturday’s event, California Sen. Kamala Harris announced she would be pulling out of the event because so many HBCU students were excluded from Trump’s speech. She also objected to a decision by the 20/20 Bipartisan Justice Center to award Trump with the Bipartisan Justice Award for his work on criminal justice reform.

Harris did end up speaking after the sponsorship was changed. However, throughout the day Saturday it was unclear whether the 20/20 Bipartisan Justice Center was no longer sponsoring her as she spoke in the same venue as the other nine candidates.

“As a proud graduate from an HBCU, as someone who has worked on criminal justice reform, yes I said that I would not participate. And I did not participate in the program,” Harris said, speaking to reporters after giving her speech.

New Jersey Sen. Cory Booker echoed a similar sentiment during his speech by saying it was unacceptable that Trump filled the venue with people he brought instead of students and community members.

“Members from the broader community were not included and these are the folks who deserve to hear from this president,” Booker said at the opening of his speech. 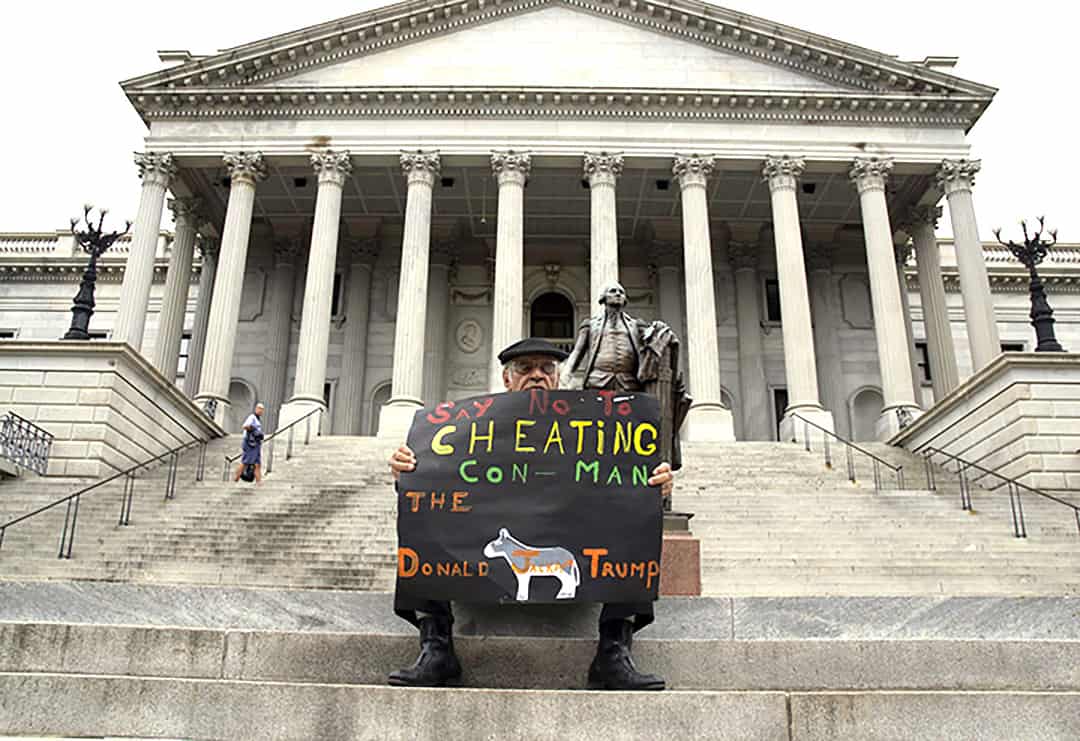 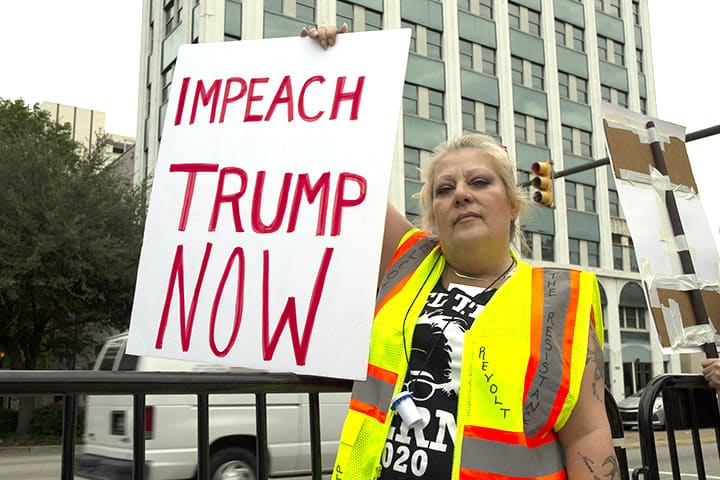 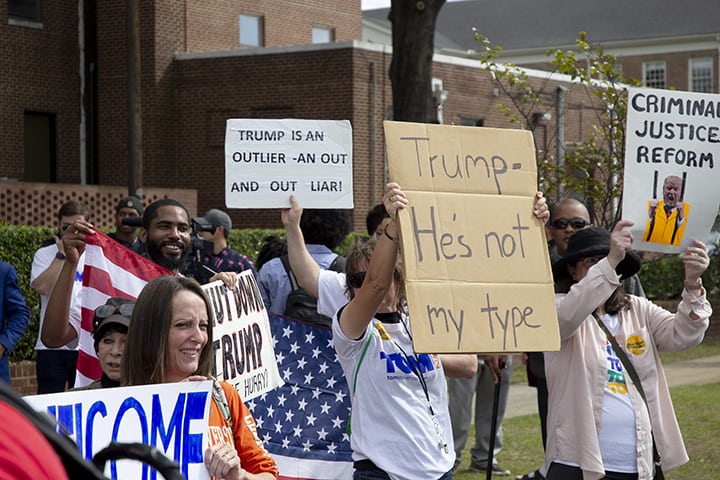 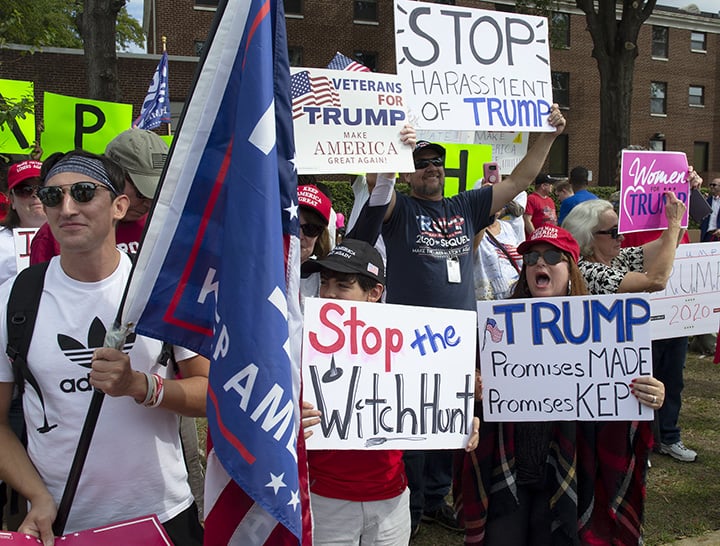 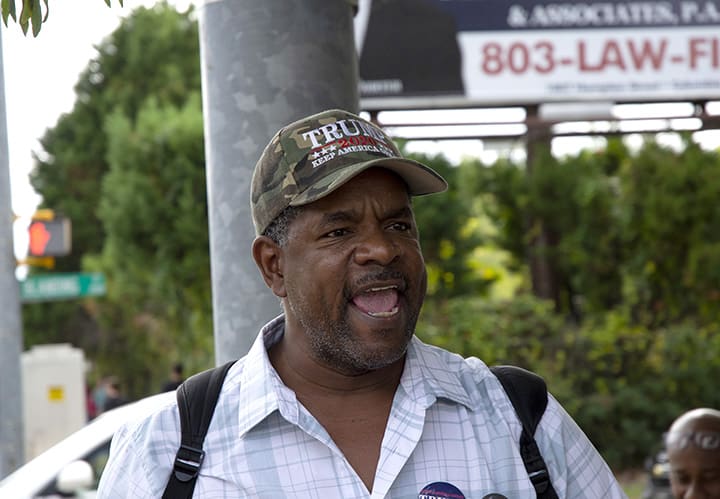 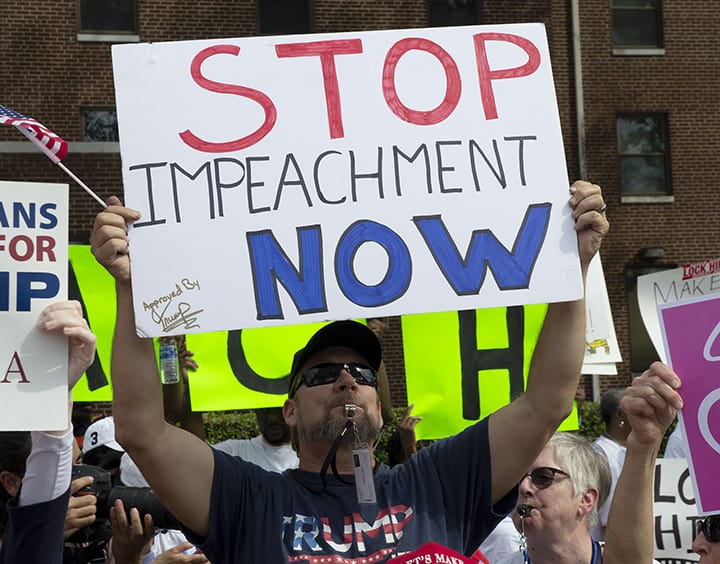 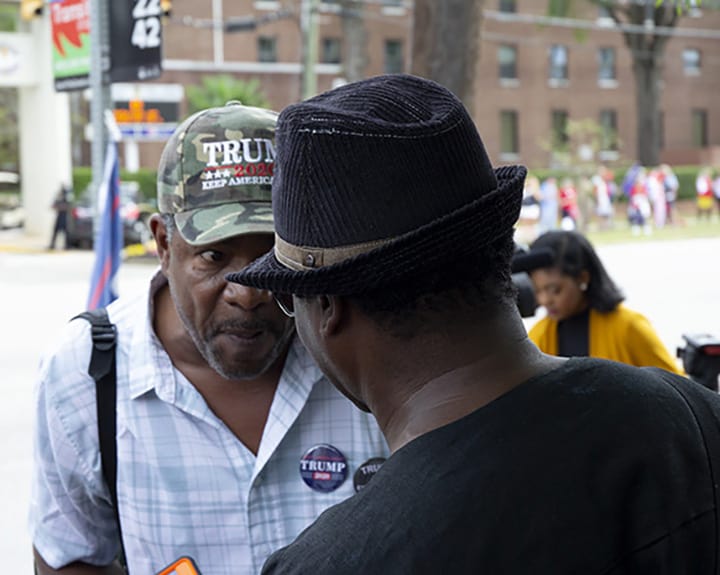 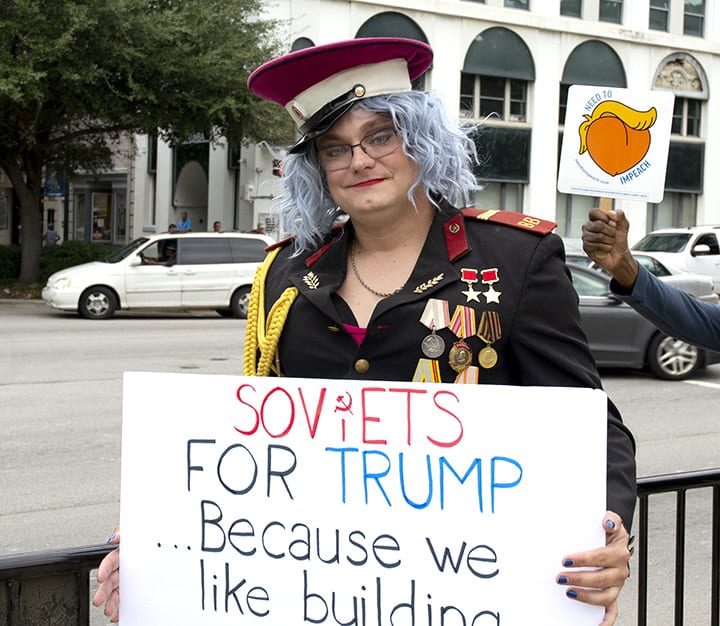