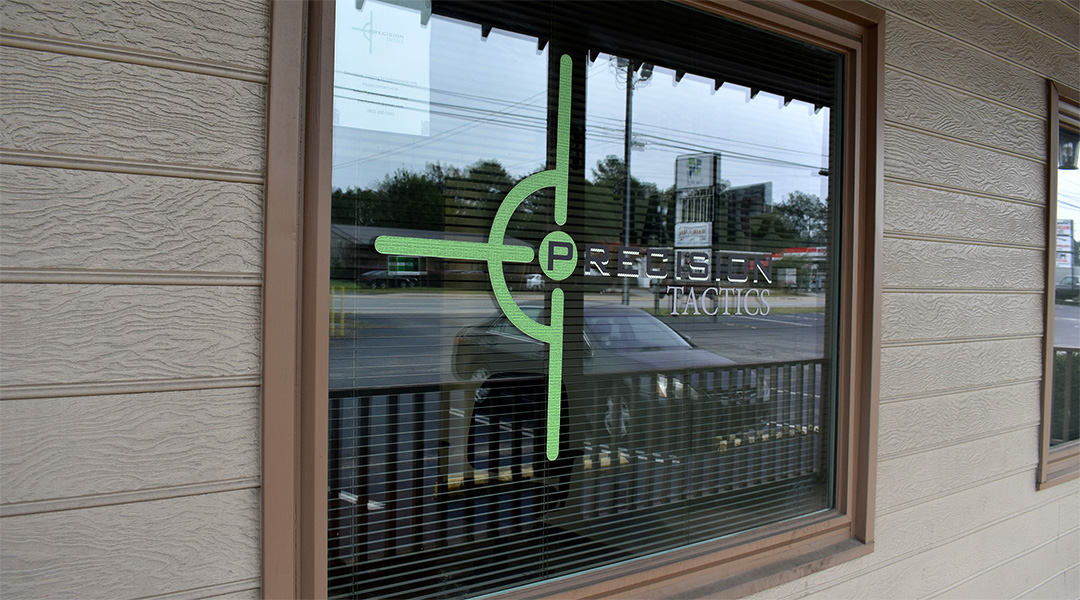 Precision Tactics is tucked inside a small building in West Columbia, and the company offers a wide variety of services that educate others on how to properly handle a firearm.

By Emily Riley and Hannah Slater

Precision Tactics, a West Columbia company specializing in defensive training, has taken on the arduous task of advising organizations and individuals on how to properly handle an active shooter situation.

Charles “Zack” Christie and his wife Julia opened Precision Tactics with the intention of making sure that people who have firearms know how to use them safely. However, they quickly realized that the scope of their services needed to be broadened.

“Our job is just to make sure we’re doing what God called us to do,” Christie said. “Let people know that we’re not in it for the money, which we aren’t.”

In 2018 alone, the U.S. has seen 306 mass shootings according to the Gun Violence Archive, a nonprofit that seeks to provide information about gun-related violence in the U.S.

South Carolina is also the fourth-deadliest state for gun homicide, with 5.31 gun murders for every 100,000 people according to the Center for American Progress, an independent nonpartisan policy institute.

The main goal at Precision Tactics is to make sure that everyone is prepared with the physical and mental skills needed to face any situation that could threaten their safety.

“If you’ve got a person that never thinks about active shootings, they never think about self-defense and they’re just operating day to day as they have been, nine times out of ten they are not going to take those steps to be preventative,” Christie said.

“Everyone thinks they can pull a trigger until they have to,” Christie said. “Taking a life is not something that’s light.”

The simulations were originally intended for houses of faith, Christie explained, because ministry is something that is important to both he and his wife. Christie also said that since the Pittsburgh Synagogue shooting, more churches around the Midlands have asked to go through the simulation.

According to Christie, Precision Tactics is the only company to offer this type of training and be available for both armed and unarmed security teams.

“You’re only as good as you train,” Christie said. “Shooting is a skill that you can lose if you don’t use it.”

While Christie believes that people do need to be better prepared for active shooter situations, he also believes that stopping mass shootings in the U.S. is much bigger than just placing someone with a gun in the doorway. 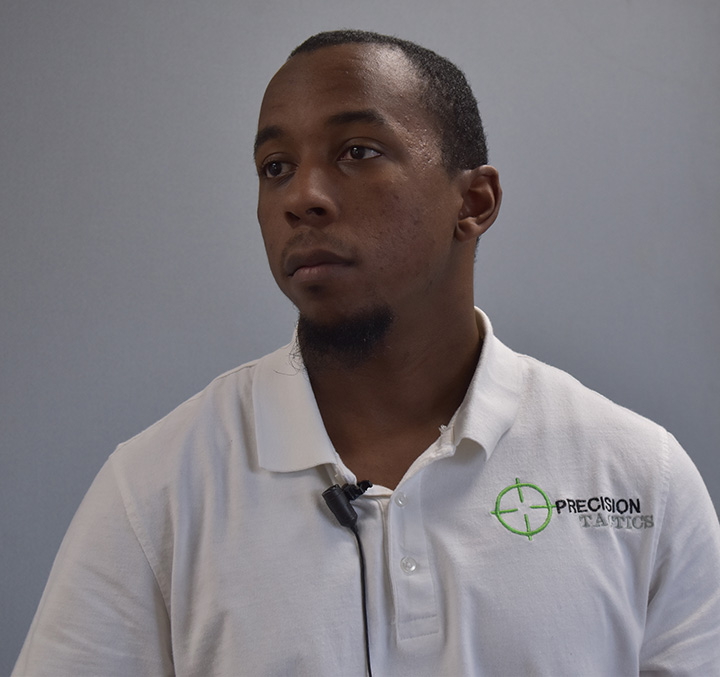 Charles “Zack” Christie says that as important as it is to be properly trained in handling a firearm, there’s so much more that needs to be learned to stop mass shootings. 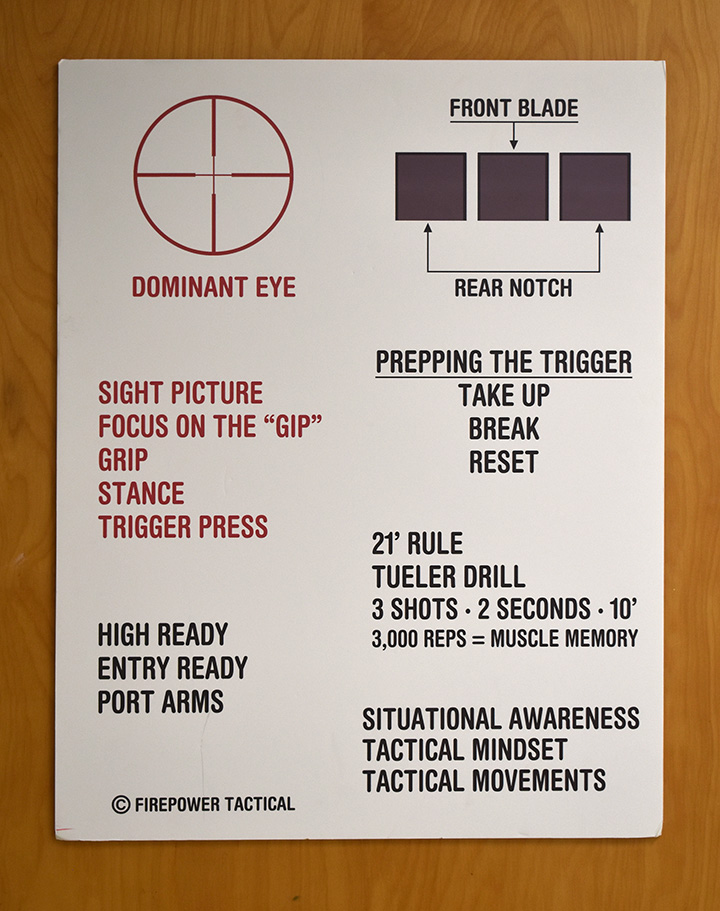 When going through training at Precision Tactics, people are first taught how to shoot properly. It isn’t until after individuals go through active shooter training that they go through the simulations. 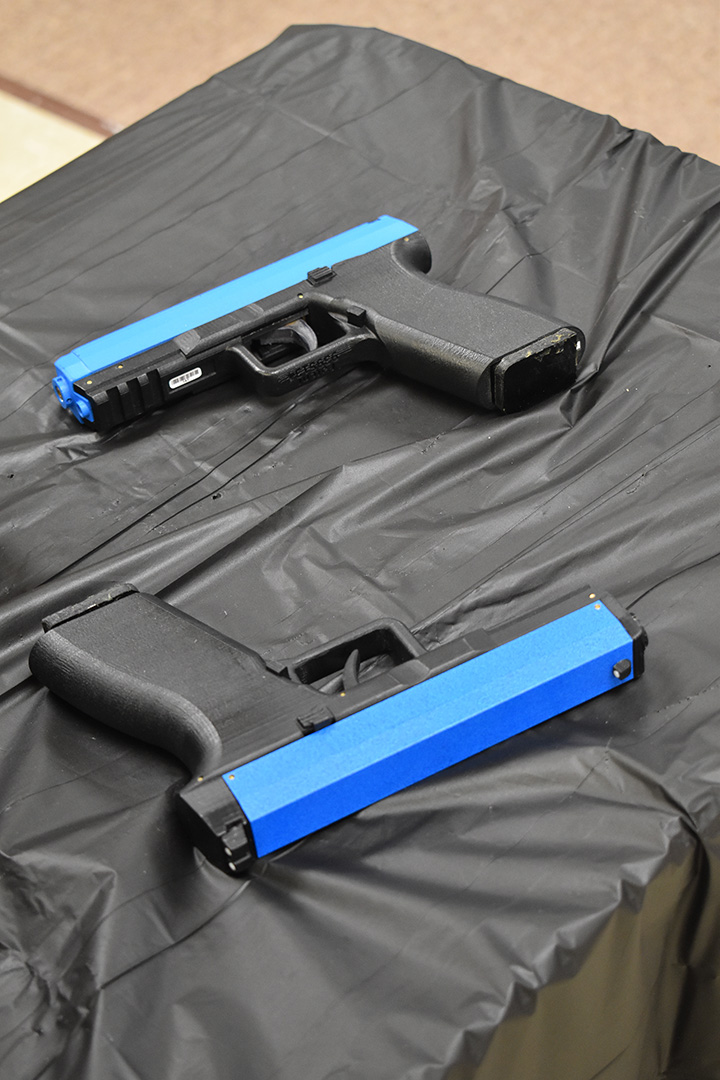 Individuals are given hand guns similar to those used in video games during training, however during the simulation exercises people are trained to use verbal cues and treat the experience like a real event.