What Trump’s proposed budget could mean for students 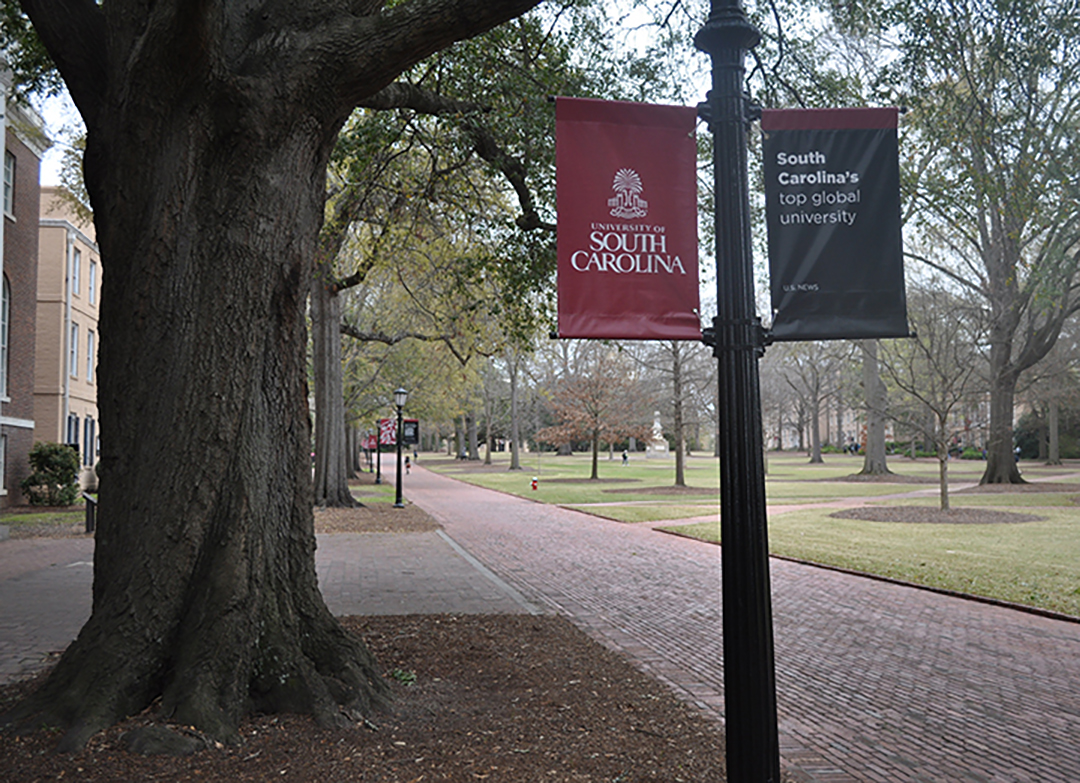 The federal budget proposed by President Trump may have an impact on student loans across the country, including at the University of South Carolina.

Joseph Derrick, director of the financial aid office at the University of South Carolina, explained that the Trump budget proposal might result in fewer loan programs and fewer payment options, which he said is not necessarily bad. 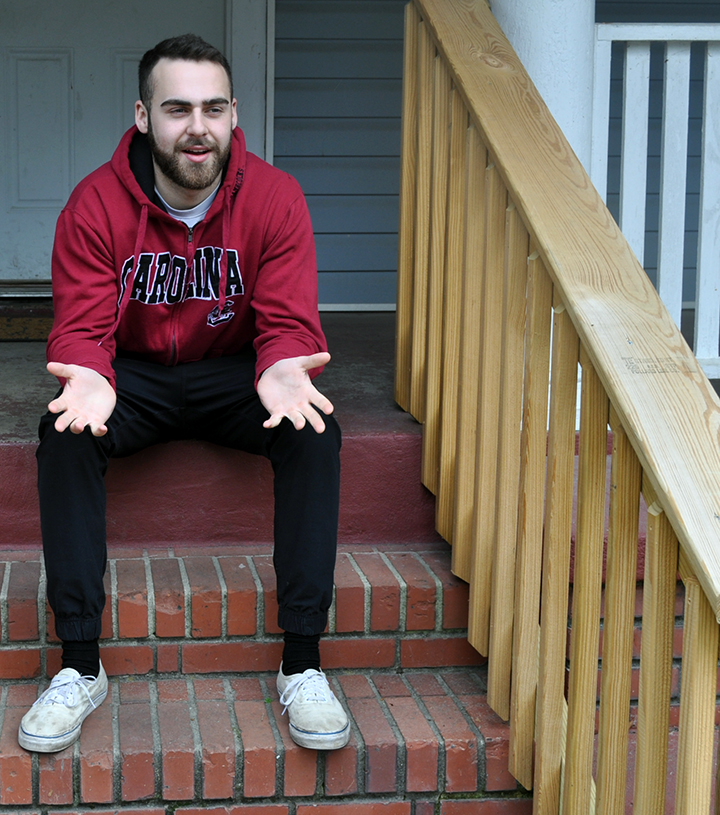 University of South Carolina senior Jacob Camilliere works two jobs to pay for his tuition and has taken out federal and private loans to help him with the costs. He says that he views his education as an investment and is not afraid of paying back his loans. 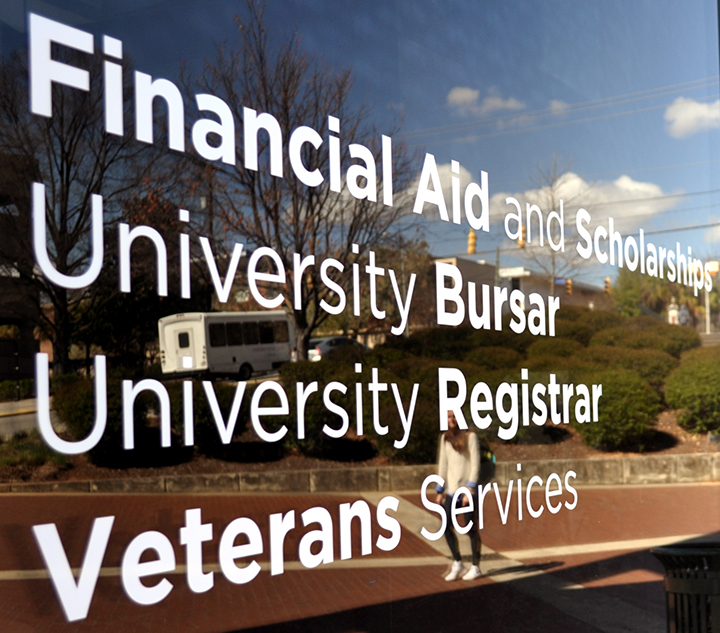 Joseph Derrick, who directs USC’s financial aid office, said that 88 percent of students on campus receive some type of financial aid in either scholarships, loans or grants. 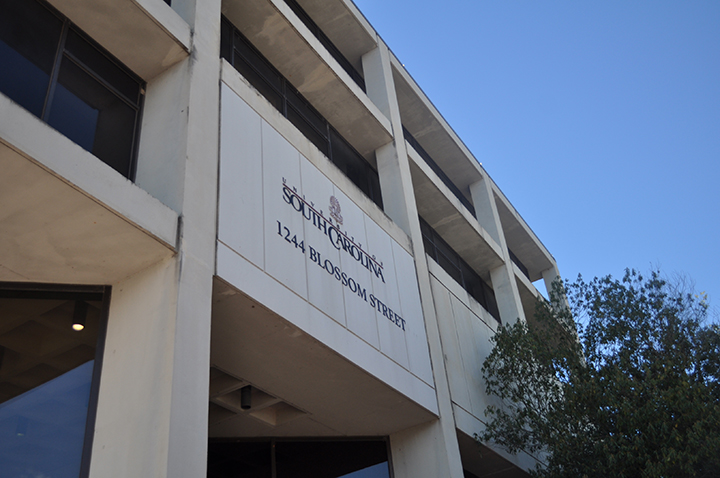 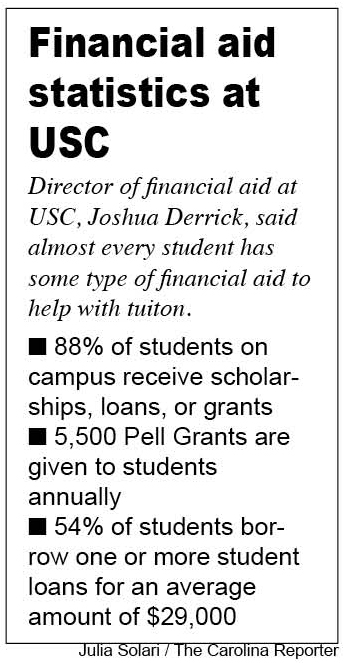 If President Trump’s proposed budget is approved, it will affect student loans for any student starting school after 2019.

Currently, anyone pursuing a career in public service can have their loans forgiven as long as they are paid on time for 10 years. The proposed budget will cut this loan forgiveness.

Jacob Camilliere, a senior at the University of South Carolina, works two jobs to pay for his education at USC and has taken out federal and private loans.

He thinks that taking away public service loan forgiveness will discourage people from pursuing those careers.

“Public service figures already don’t make enough to pay back hefty loans. If loan forgiveness is taken away from them I don’t see why anyone would be inclined to pick that career,” Camilliere said. “It will be a lot of debt going down that road.”

As a student paying his own tuition he decided to major in finance, a career path he hopes will help him pay off his student loans.

“Right now the job market is so competitive, it’s really important not just getting an education, but picking a major or career that will allow you to pay back your loans,” Camilliere said.

Trump’s proposal also calls for the elimination of subsidized loans, one of the federal student loan programs in which the interest accrued is paid by the government. Under this program the U.S. government covers the interest charge for student loans while students are still in school, that way interest does not accumulate while they are getting an education.

“Eliminating that is probably a disproportionate impact on lower income students,” said Joseph Derrick, the director of financial aid at the University of South Carolina.

“But at the same time I do think that we need to examine the amount of revenue the Department of Education is bringing in on these student loan programs, and determine whether that is really where the money should be spent,” Derrick said. “So there are two sides to it.”

Derrick also said that almost all students at USC receive some type of aid to help with tuition. Therefore, any changes made to the budget will impact most of the student population.

On campus, 88 percent of students receive scholarships, loans, or grants. Out of the students who stay at USC for all four years of school, 54 percent borrow one or more student loans for an average amount of $29,000.

“There is a lot in these proposals. I think, in the long run, there will probably be less different loan programs and repayment options. Which is not necessarily bad,” Derrick said. “Right now, there are more than 40 programs for repayment, which can be confusing. I think there will also be additional transparency and disclosure requirements when a student receives a loan.”

The budget is awaiting congressional approval and is still subject to change.