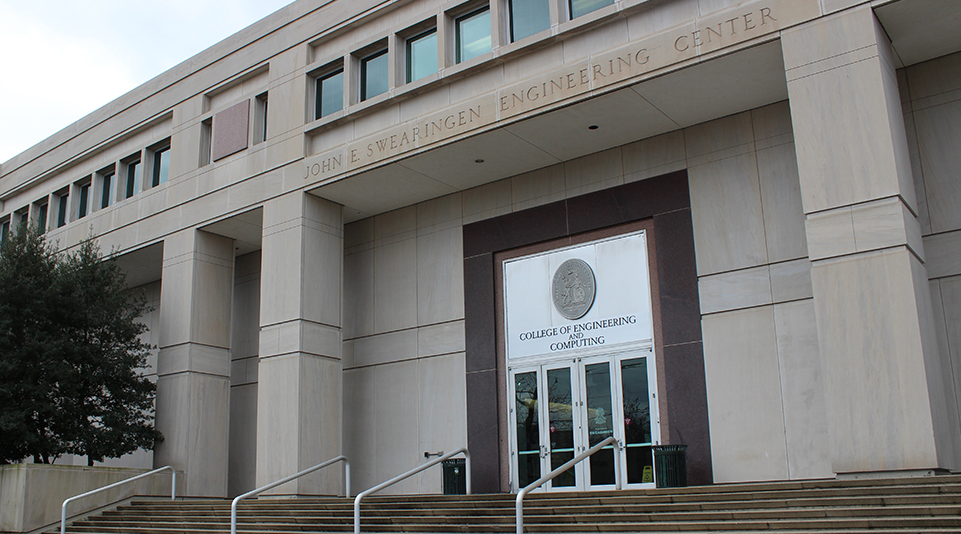 Haj-Hariri, the dean of USC’s College of Engineering and Computing, is trying to erase debt and the deficit at the college. 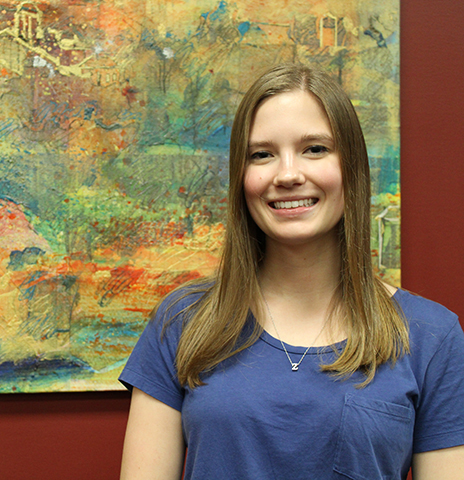 USC senior Taylor Zedosky was shocked by the increase in programming fees at the College of Engineering and Computer Science. 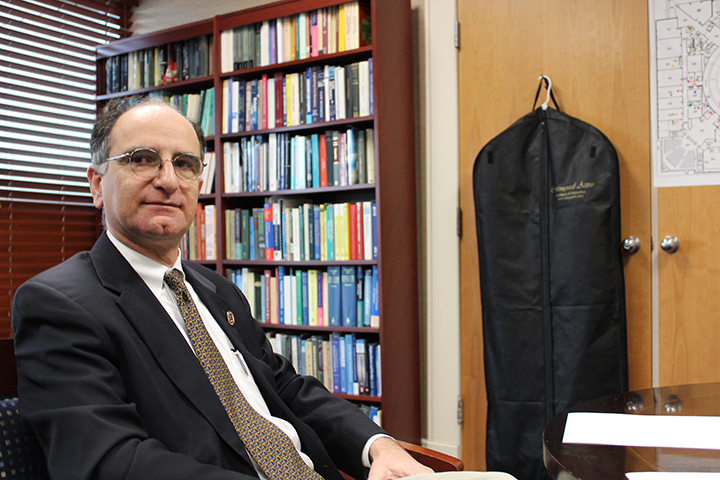 Dean Haj-Hariri, head of USC’s College of Engineering and Computer Science, says he had to raise fees to keep the engineering school competitive with other universities. 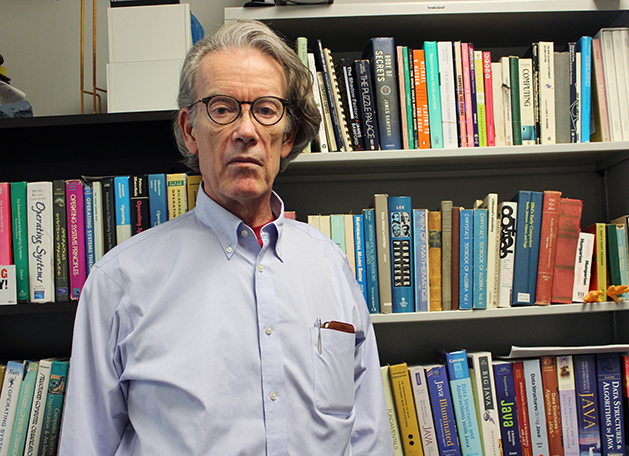 USC Professor Duncan Buell was outraged over increases in programming fees for the College of Engineering and Computer Science. 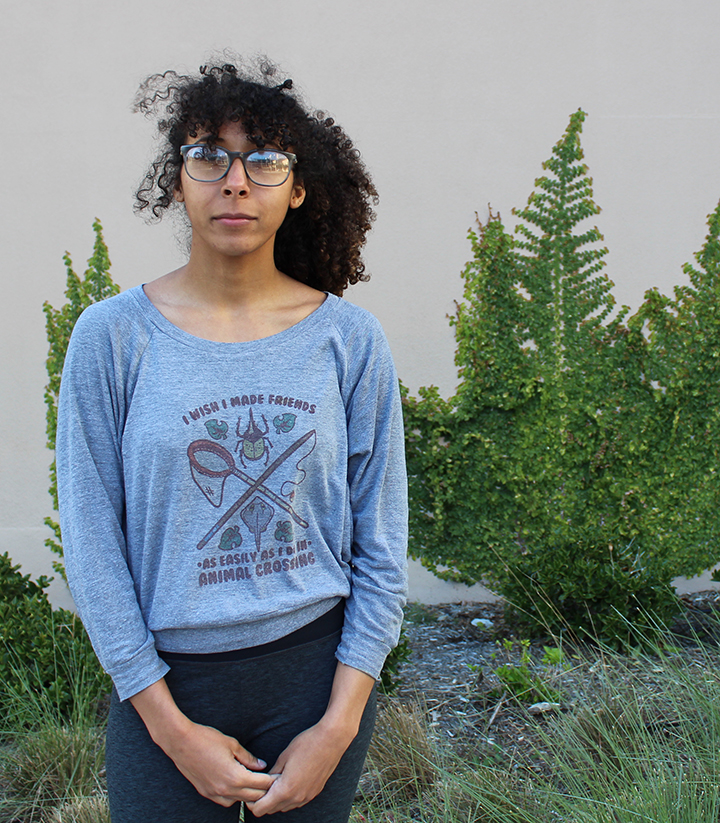 Victoria McQuinn, a USC student in the College of Engineering and Computing, has had to make personal sacrifices to accommodate increasing programming fees in her college.

University of South Carolina senior Taylor Zedosky was astonished when she opened her fall 2016 tuition bill and found she was required to pay a $918 programming fee in the College of Engineering and Computing. She had paid $504 for that same fee in the fall of 2015.

“My mom actually noticed it, and asked me why it was significantly higher. It just jumped dramatically out of nowhere,” Zedosky, the president of USC’s Society of Women Engineers, said.

The $918 fee, which is projected to rise to $1,500 per semester in the 2019-20 academic year, was no accounting error — it was an initiative from Hossein Haj-Hariri, the dean of the College of Engineering and Computing. Haj-Hariri said the increase was necessary  to keep the cash-strapped college afloat.  The college’s annual budget is $50 million.

“The college was in some difficulty as far as finances; they hadn’t hired anybody.  The student-faculty ratio was going in the wrong direction,” Haj-Hariri said in a recent interview. “We had a lot of courses being taught by TAs (teaching assistants) and adjuncts.  Really unacceptable for a flagship university.”

When Haj-Hariri arrived as the college’s dean in January 2016, the college was nearly $3 million in debt. He planned to reduce the college’s deficit by 2021 by phasing in programing fees that would rise to $3,000 annually by 2019. One critic, computer science and engineering professor Duncan Buell, said that is way too much and represents a 17 percent increase in the cost of the tuition package for engineering and computing students from 2016 to 2019.

Before the fee increase in 2016, engineering students were paying under $1,000 per year to fund traditional laboratory operations. After the program fee is fully phased in, it will be among the most expensive program fees for undergraduates at the university.

In a Feb. 18 email circulated to engineering and computing faculty, students and USC President Harris Pastides, Buell  questioned how the new funds were being allocated.

“I asked back in May 2017 for an accounting of how those monies were being spent,” an incensed Buell wrote. “I asked four times subsequently through late spring and summer of 2017, and I received zero response from your office. Your refusal to respond, I believe, speaks volumes.

“It is time to ask, in a public forum, how you are spending those funds. The students who are paying this increase deserve to know,” he said.

Victoria McQuinn, the president of the USC chapter of the Association for Computing Machinery, has also tried to address the dean about the fee but says she has had little success. She said she pays her own college expenses and additional fees are a financial burden.

“I asked where the fees were going and he said that there is no real way to trace where the money is going, because it’s going into a pool to supplement professor salaries,” McQuinn said.

The increase in the program fee reflects a larger issue in society. Students across the nation are struggling to keep up with the ever increasing price of getting a college education and amassing more debt than previous generations.

Haj-Hariri blamed the South Carolina legislature for failing to provide sufficient operating funds for universities, causing parents and students to shoulder that burden.

Haj-Hariri said he has used the increase in funding from the escalating new fees to hire 11 new professors and reduce the number of teaching assistants and adjunct instructors who teach more advanced courses.  He said that some of that money is also being spent on upgrading technology and equipment.

Haj-Hariri said that the university has to remain competitive with peer institutions including the states other prominent university, Clemson, which charges more in total tuition and fees.

If the revenue from the new fee increase is steady, a study delivered to the USC Board of Trustees two years ago said the $1.1 million annual deficit would be eliminated by 2021 and the $3 million debt by 2024. In 2016, USC was ranked 108 in U.S. News & World Report’s annual college rankings, lower than many of its peers including Clemson, which was ranked 56.  After the fee increase, the engineering college’s ranking has improved by four points, landing it at the 104 spot.

But Buell remains unconvinced and has requested a full accounting of the budget, filing a Freedom of Information request to the university as a private citizen.

Haj-Hariri said that most of the parents he talked to weren’t upset about the fee itself, but the way in which it was implemented and communicated to them. The USC Board of Trustees did not approve the fee until the last meeting of the year, in June 2016. At that point, no information was communicated to parents before they received their  bills in July.

“Honestly, if they really do need the money and they can show us where it is going, I’m okay with the fee increase,” McQuinn said.