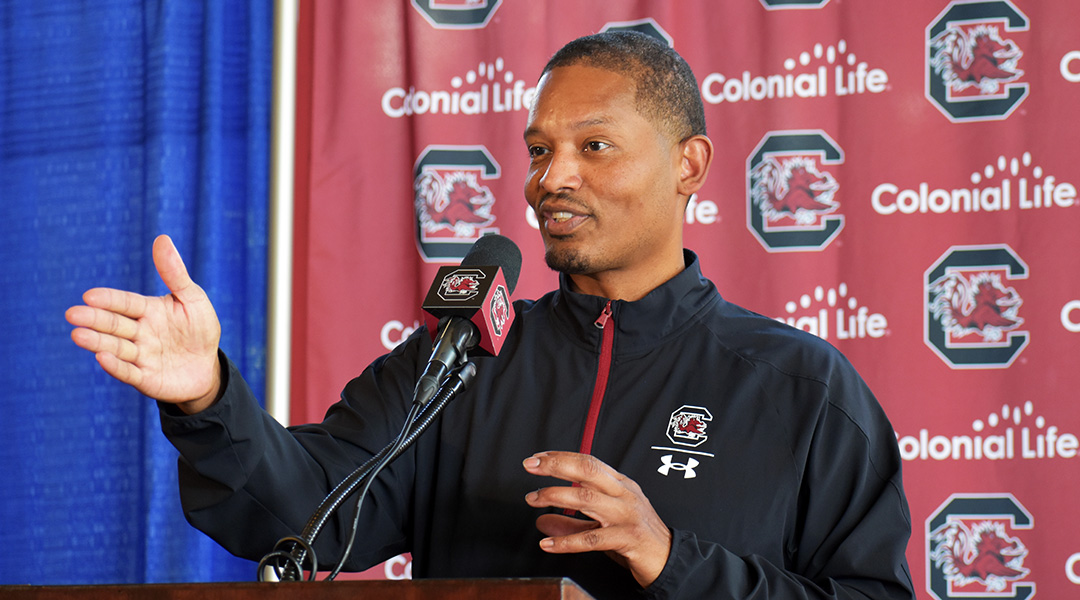 The South Carolina men’s basketball team will start the first season of the Lamont Paris era in 27 days.

Paris was hired 10 days after Frank Martin was fired in March, ending his 10-year tenure as head coach of the Gamecocks.

Headed into his first season, Paris said he’s focusing on implementing a system for the long term, while balancing what he can do in the short term with his very first team.

“(From a) personnel standpoint, we’re not completely suited to do everything that I want to do,” Paris said. “It would be hard headed of me to try to force some things on the personnel that we have. But at the same time, there are some things that are going to be in our DNA as a team as we move forward. And so those things will be implemented.”

The Gamecocks have endured roster turnover between this year and last. Ten players from last year’s roster are no longer with the program, whether through  graduation or the transfer portal.

This year South Carolina has a range of players of all ages, Paris said laughing, with players as young as 17 and as old as 24.

Despite the potentially odd dynamic of a hodgepodge roster made up of holdovers, transfers and a few highly touted recruits, Paris lauded his players for their “willingness to dedicate themselves” to doing what it takes to win games.

When it comes to gauging how success in the first season looks for Paris, he said it comes down to his “calling card” of growing and getting better.

“I think even in the best teams I’ve ever coached, that’s been a thing,” Paris said. “Rarely have they come out of the gates really fast and then didn’t really have to get much faster. … Some had no choice but to get better a couple of times and got marginally better. But some have made tremendous improvements.”

Paris said he’ll continue to evaluate the team’s success throughout the season. Record-wise, Paris has a shot at becoming the first South Carolina head coach in more than 20 years season to have a winning record in his first season with the program.

Dave Odom and the Gamecocks went 22-15 in the 2001-2002 season. For comparison, Frank Martin didn’t have a winning season until his third year on the job.

Senior guard Chico Carter likely will be a staple on this year’s team. Last year he played in 24 games and averaged 9.4 minutes and 4.2 points per game off the bench after transferring from Murray State.

With more than 70 games of college basketball under his belt, he has quickly found himself in a veteran, leadership-type role, a role he said he’s embracing.

“I feel like I had to take a step up being a senior but I also felt like I was put in that role because it’s my fourth year in college,” Carter said. “We’ve got some younger players on the team. So they, of course, going to look up to the guy with the most experience.”

As for what his expectations are for the season, Carter said as long as the team follows Paris’ plan, then success will find its way to Columbia.

“I feel like Coach Paris just has a locked-in plan for us,” Carter said. “I feel like if we execute that plan to the best of our ability, we’re going to win some games this year.”

For junior forward Ja’Von Benson, the experience the team brings to this season will be crucial to early – and sustained – success for the Gamecocks.

“Win ball games right away,” Benson said of his expectations for the year. “I can’t even sit here and say we’re a young team, like we got a mixture, we got a variety. Win, we gotta do that right away.” 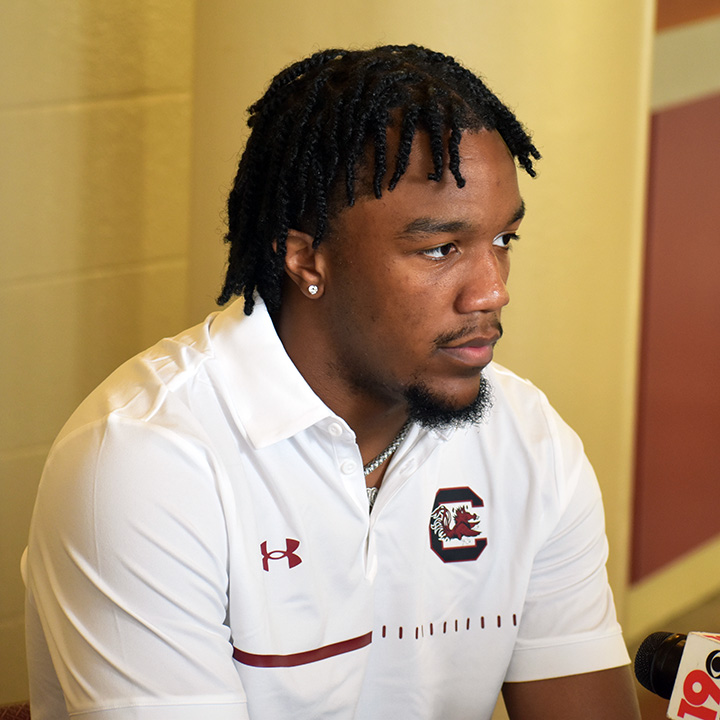 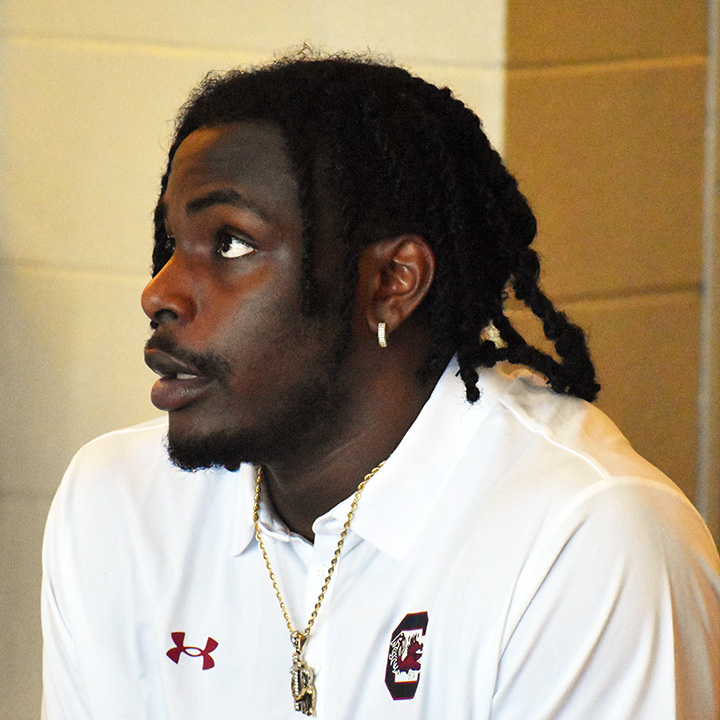 Junior forward Ja’Von Benson speaking to reporters. Benson is one of six S.C. natives on the men’s basketball team this year.