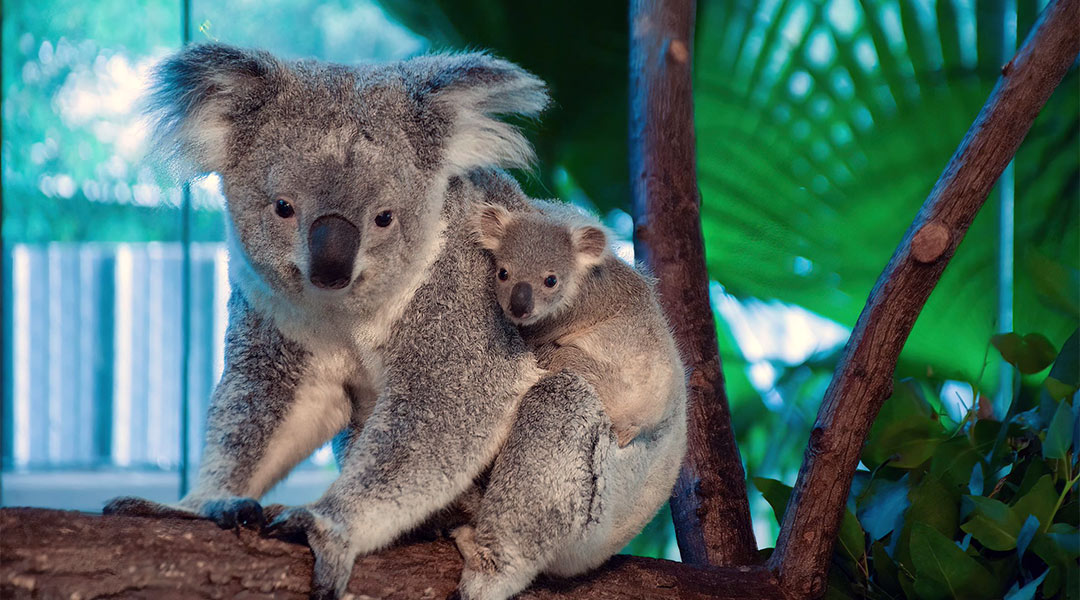 Charlotte, a koala at the Riverbanks Zoo, poses with her baby joey, Kirra, born in December. Members of the public chose her name during the first week of January. (Photo courtesy of Riverbanks Zoo and Gardens)

A third generation of koalas has been welcomed to the Riverbanks Zoo as the zoo’s koala breeding program continues to see success.

“The hope is we don’t have to go out into the wild — we can represent these animals here,” said Greg Peccie, the curator of mammals at Riverbanks Zoo. “They can be ambassadors for their wild counterparts. And we’re having them reproduce at a rate that gives us what we need to be able to show these animals and to inspire people about these animals.”

Fans of the zoo were excited about a new joey and expressed that on social media.

“Aw yay!!!! so happy for you we loved being able to see her a few weekends ago,” said Christiana Harper in a Facebook comment replying to the announcement of a joey.

The baby’s name, Kirra, was chosen by fans of the zoo through an online poll. It means “leaf” in the Yugambeh language, an Australian aboriginal language from the coast of Queensland.

Kirra is related to Lottie, one of the original koalas brought to the zoo in 2002 from Queensland. Lottie was a gift from the Australian state as part of the sister-state relationship between it and South Carolina. Lottie was one of the oldest koalas in world when she passed away at age 19 in 2021.

However, due to the high mortality rates in baby koalas, a lot had to happen behind the scenes to safely bring the latest joey into the world.

Being able to study how koalas are bred in captivity has given them insight into how they can begin reintroducing them into the wild, Bill Ellis, a Research Fellow at The University of Queensland who specializes in Koala research,  told Carolina News & Reporter in a video interview.

Riverbanks Zoo used a unique system that Peccie compared to “Match.com” but for koalas to find a genetic match for Charlotte. They were able to find it in Coedie, who came from The Toledo Zoo.

A carefully chaperoned visit to Columbia did the trick.

“If you’re going to have a successful breeding program, you’ve got to have the male and the female together and one of the challenges that comes into a lot of breeding programs is our routine ends up interfering and getting in the way of the animal’s routine,” Peccie said.

The zoo team worked to keep an eye on the koalas past the usual zoo hours through cameras to ensure the breeding process was successful.

“One of the things we worked with with the team here was making sure that Coedie and Charlotte had enough of an opportunity,” he said. “And and so we worked really hard to set them up so that they could actually live together overnight.”

Kirra was born eight months ago but has been developing in Charlotte’s pouch until December, when the birth was announced.

This was a “dangerous” time for the zoo team, Peccie said. A lot could still go wrong.

“We were really nervous this last month watching to make sure that everything was going OK,” Peccie said. “Fortunately, it was. We were able to do her first vaccine and to check that it was a female.”

For Peccie, conservation efforts at Riverbanks Zoo have been just as important as efforts elsewhere because they allow the zoo to educate people on what they can do to help.

Ellis agreed that one of the best ways for people in the United States to help with koala conservation is through education.

“We’ve known for a long time the best way to conserve species is to somehow make them relevant to people’s live,” Ellis said. “It’s like if you don’t see it, if you don’t know about it, you’re not going to save it.” 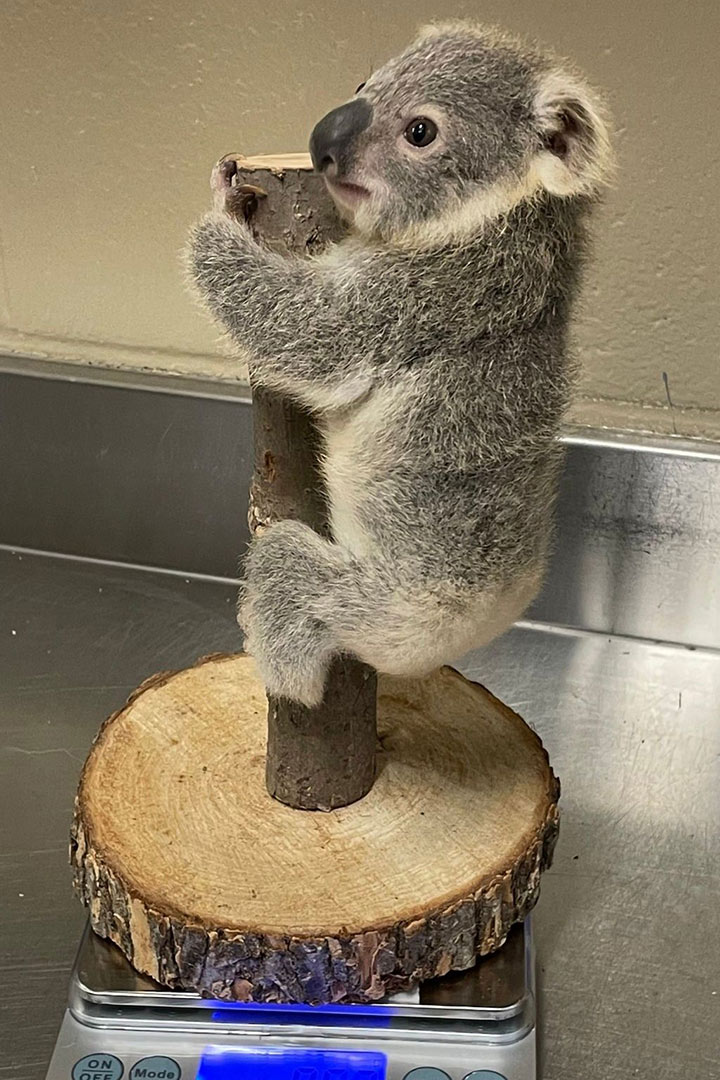 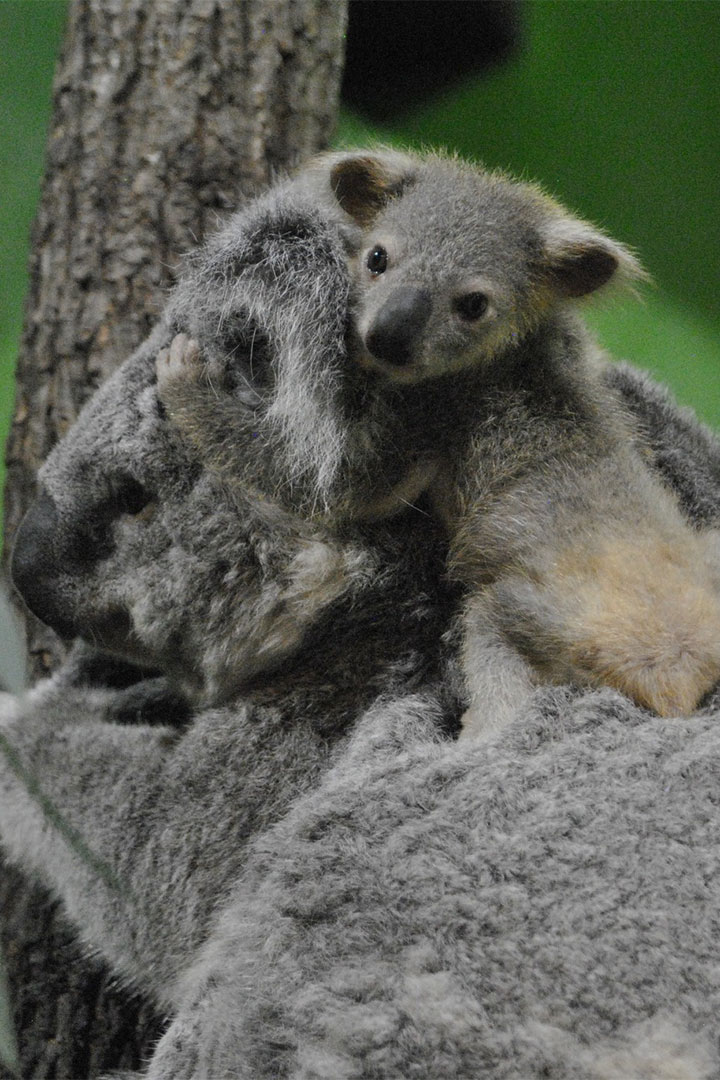 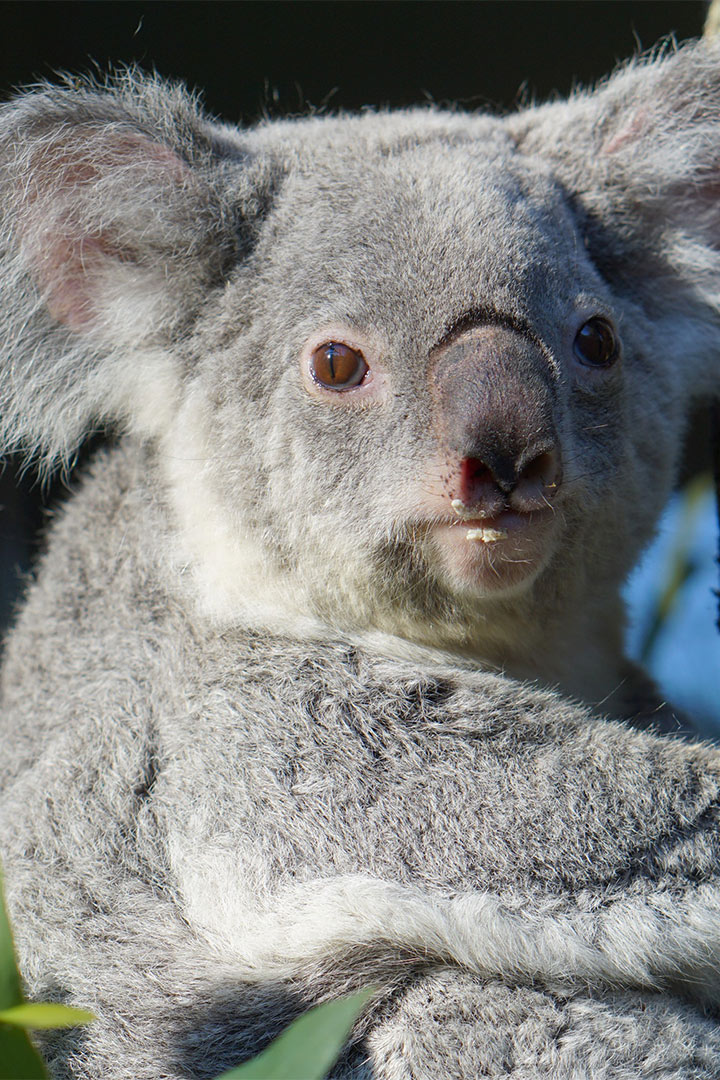 Lottie, Charlotte’s mother and one of the first koalas brought to the zoo, in her enclosure at Riverbanks (Photo courtesy of Riverbanks Zoo and Gardens) 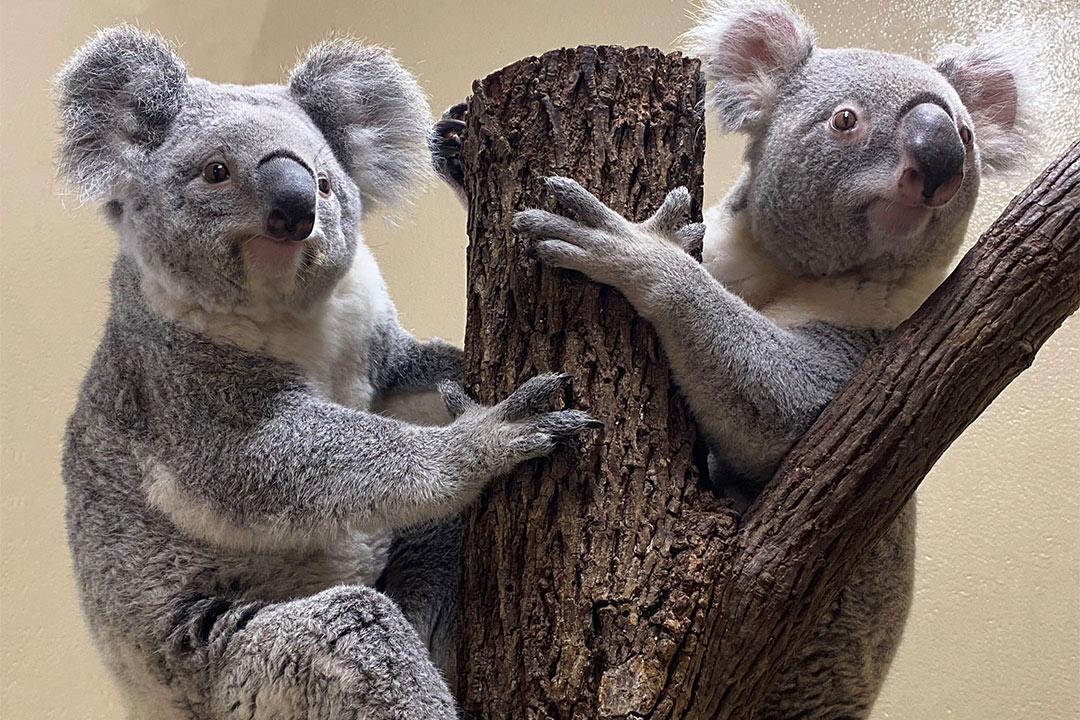 Coedie and Charlotte together after they were found to be successful genetic matches through Riverbanks Zoo’s breeding program. (Courtesy of Riverbanks Zoo and Gardens) 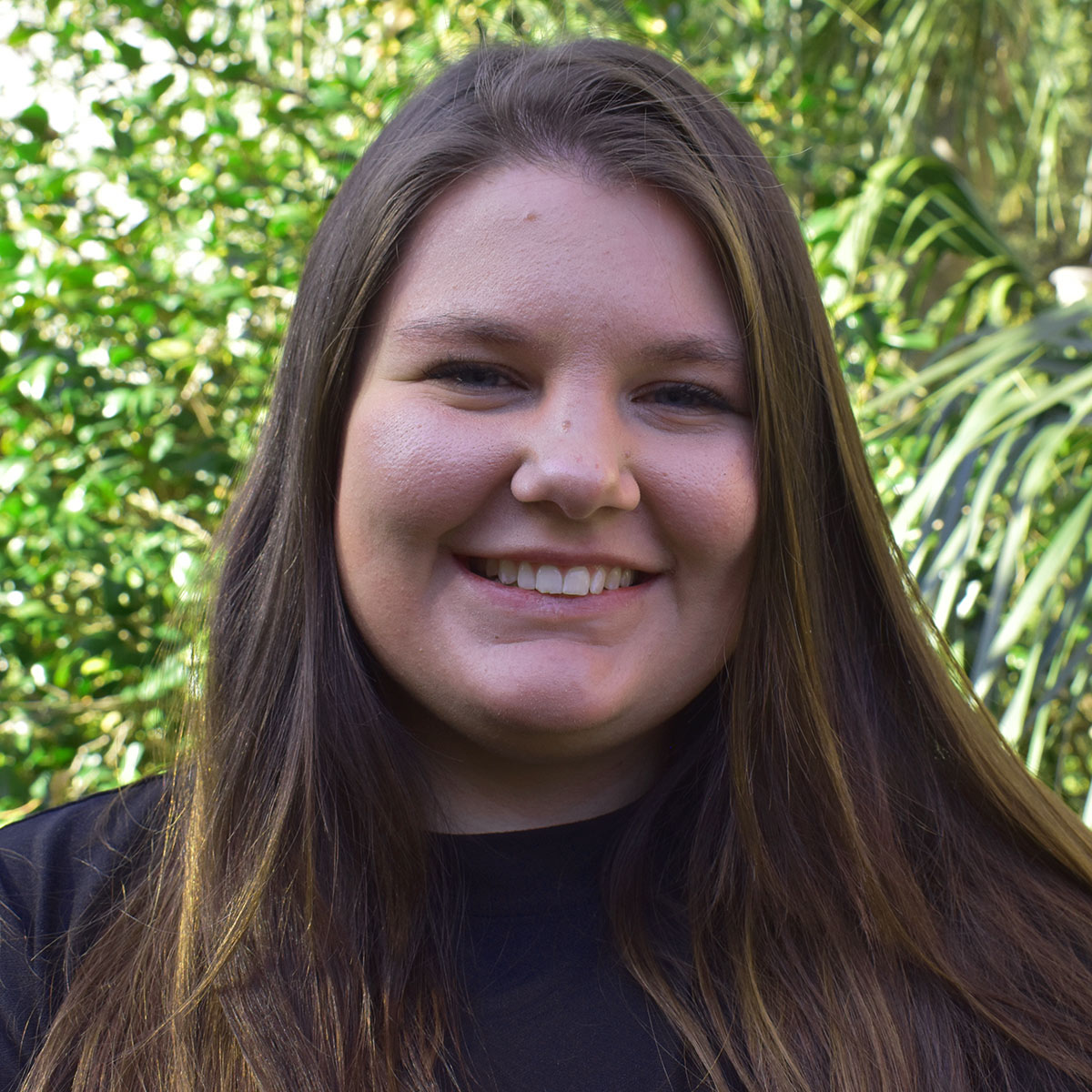 Beltz is a senior journalism major at the University of South Carolina. While she leans towards covering sports, she also enjoys writing about small businesses and business development around Columbia. In her free time, she is fond of embroidering, baking and playing tennis. 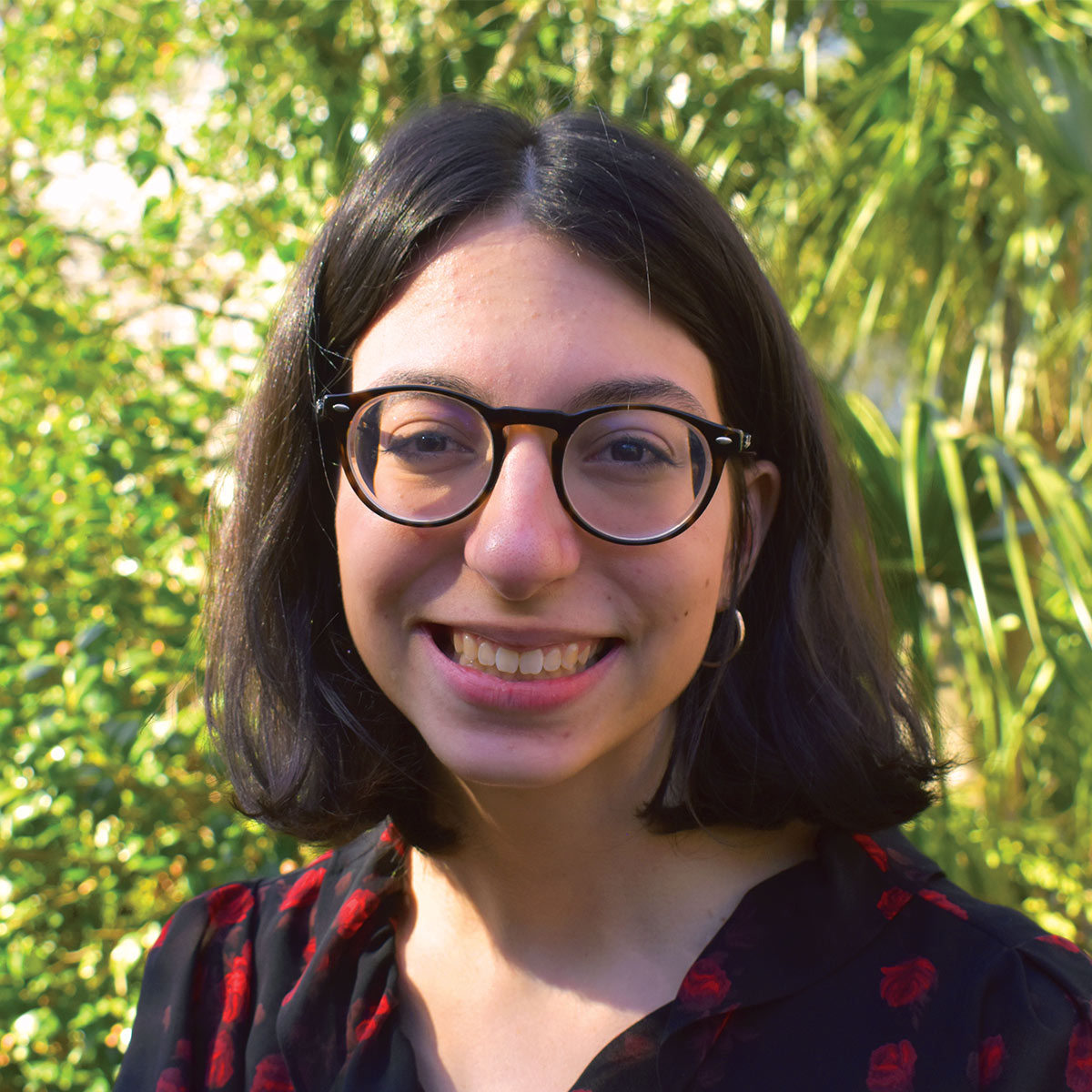 Frame is a senior journalism major at the University of South Carolina. She enjoys writing about unusual news events and finding local personalities. Her interests range from crime to art festivals and everything in-between. In her free time, she enjoys drinking coffee, binge-reading and cooking.