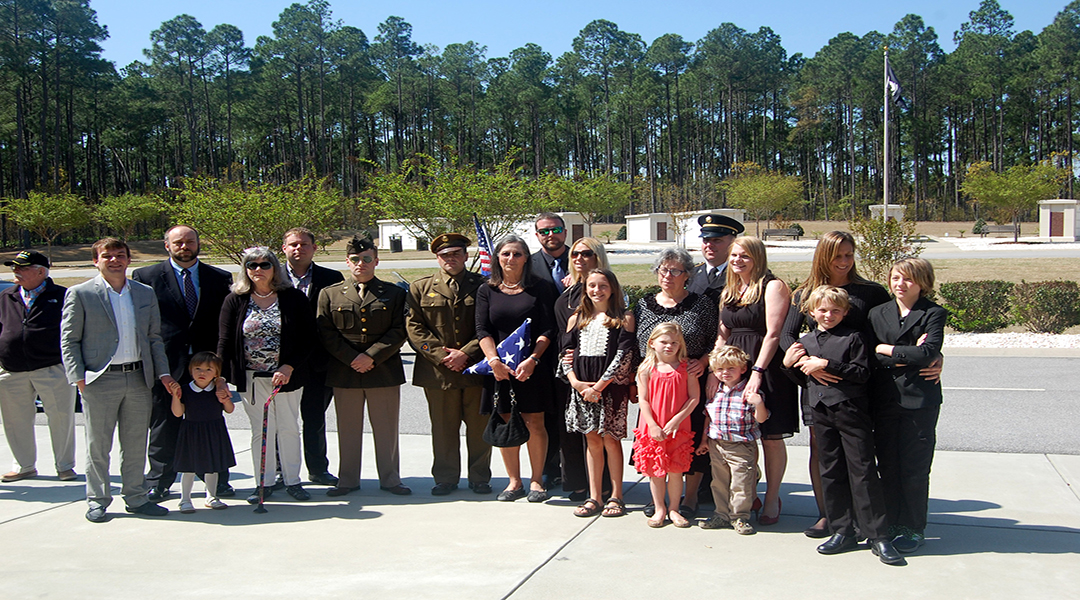 The family of Lt. William Harth Jr. gathered at his funeral ceremony on Friday. His niece Bonnie Hipkins contributed DNA in order to identify Harth’s remains. 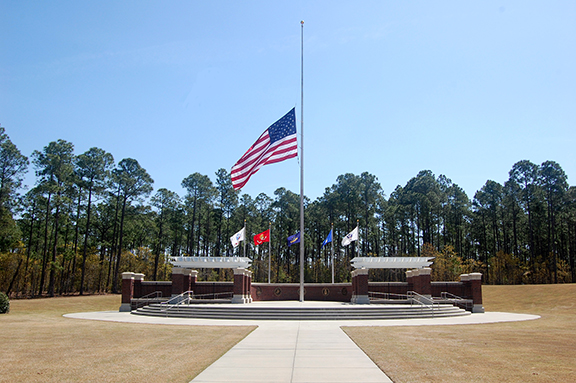 The flag was flown at half mast at Fort Jackson National Cemetery on April 6 to honor William Harth Jr., a deceased World War II veteran whose remains were recently identified. 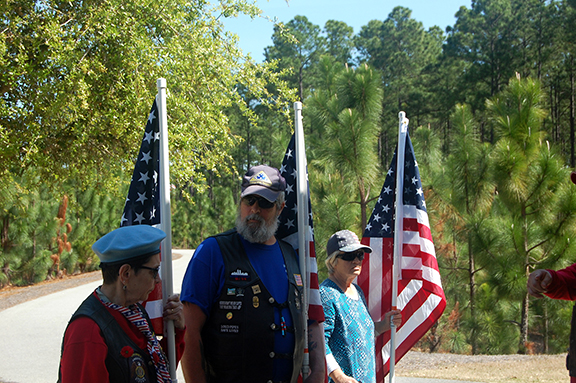 Veterans held flags and looked on at the funeral ceremony for Lt. William Harth Jr. at Fort Jackson National Cemetery. 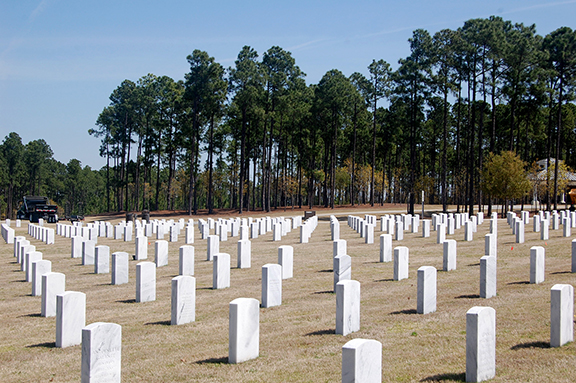 Hundreds of graves of deceased veterans and their families are located on the 585 acres at Fort Jackson National Cemetary.

The recently identified remains of a World War II veteran from Columbia who died 70 years ago were put to rest Friday at Fort Jackson National Cemetery.

Lt. William H. Harth Jr. of Columbia was 22 when his aircraft was shot down by German anti-aircraft fire. His remains were recovered by Romanian officials and interred until they were identified.

Harth was a bomber pilot serving on an aircraft nicknamed “Hell’s Angels” during the operation called TIDAL WAVE in which he was shot down over Romania on August 1, 1943. He was declared missing in action when his aircraft failed to return following the mission.

Harth’s niece, Bonnie Hipkins, was present at the funeral on Friday. It was in part thanks to her DNA sample that Harth’s 70-year-old remains were identified.

“We didn’t know a whole lot about my uncle because it was devastating to my grandparents and my mother,” Hipkins said. “So learning all of this stuff about him is invaluable.”

Harth was the son of the late Velda Baxter Harth and William Henry Harth, who was the athletic director at the University of South Carolina.

The ceremony, marked by a 21-gun salute, was held Friday afternoon at Fort Jackson National Cemetery, which spans over 585 acres. The family was presented a Purple Heart, which was awarded posthumously to the soldier.

“We’re really emotional for everything that Fort Jackson has done, everything the Army has done to get him home and all of these organizations who have come out to provide full honors for my uncle,” Hipkins said.

Harth is survived by his nieces Bonnie Hipkins of Irmo and Carol Watson of Summerville, as well as great-nephews Ben Watson, Max Hipkins, Josh Griffin and Hugh Griffin.