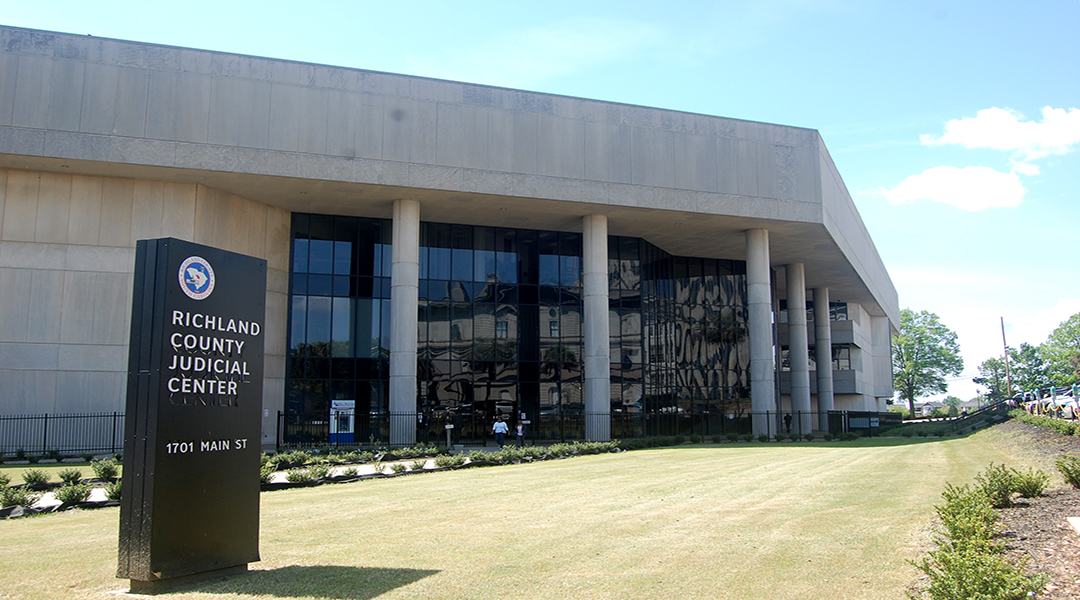 The Circuit Solicitor’s office, located inside the Richland County Judicial Center, has been under investigation by the F.B.I. and S.L.E.D. after reports surfaced documenting misspending allegations by Dan Johnson. 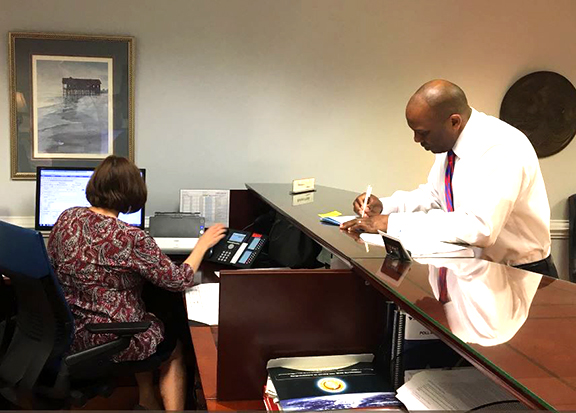 5th Circuit Solicitor Dan Johnson filed for re-election to his office on March 30 despite the misspending controversy surrounding him. 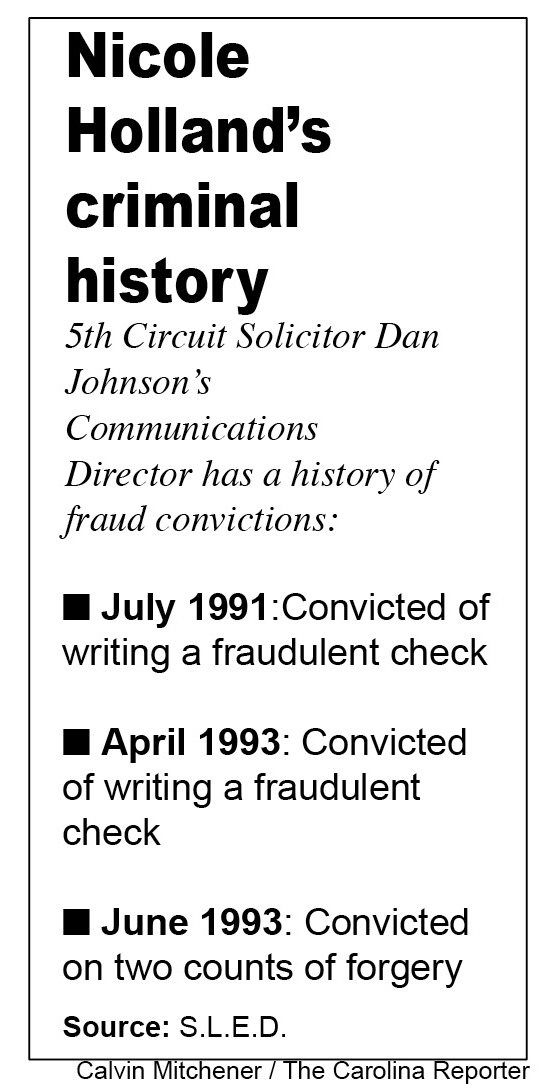 In the wake of a spending scandal inside the Richland County Circuit Solicitor’s office, a Winthrop University political science professor said Friday state employees should know the appropriate protocols for spending state money.

“We have to sit down with a member of our accounts payable staff who briefs us on how we can use our cards. It’s very clear that using them for personal expenses is not an appropriate use of state funds,” said Karen Kedrowski, former chair of Winthrop’s political science department at Winthrop University.

Nicole Holland, the communications director for 5th Circuit Solicitor Dan Johnson, allegedly made hundreds of charges on office credit cards which included thousands of dollars worth of expenditures.

Holland was permitted to make these charges despite having a troubled financial history which includes convictions for forgery and writing fraudulent checks.

According to the State Law Enforcement Division, or SLED, Holland was convicted on nine misdemeanor charges of writing fraudulent checks and forgery from 1991 to 1999 in Richland and Lexington counties.

“It is known that most employers do a background check, in this case either Dan Johnson or his office did not do that or they did do it and ignored it,” said John Monk, political reporter for the State newspaper in Columbia.

Johnson, Holland’s superior, is currently embroiled in an FBI probe into misspending allegations, first reported in The Post and Courier.

Johnson filed for re-election to his solicitor’s position on March 30 despite the controversy surrounding him.

When speaking to reporters after re-filing, Johnson said that Holland’s credit card privileges have been revoked.

The reports of the Solicitor’s office spending were initially released by a Columbia nonprofit organization Public Access to Public Records (PAPR). PAPR operates as a watchdog and was founded by a small contingent of South Carolina businessmen including former journalist Bill Fox, Charleston lawyer Chris Bryant and Columbia business owner Porter Barron Jr.

The organizations goals include, “shining a light on the actions of South Carolina public officials and agencies,” (papr.org).

Holland’s use of her office credit card also included spending another $72,000 on various cards over a nine-month span of 2017.

“I would say there was clearly a lack of infrastructure to review the use of these purchasing cards,” Kedrowski said.

With the allegations of Holland’s spending coming just weeks after the initial review on Johnson, it remains to be seen if the actions of other public officials will come to light.

“There is a strong possibility of a much deeper and more complex story involving other people that could eventually emerge,” said Monk.

Holland could not be reached for comment regarding the allegations made against her.