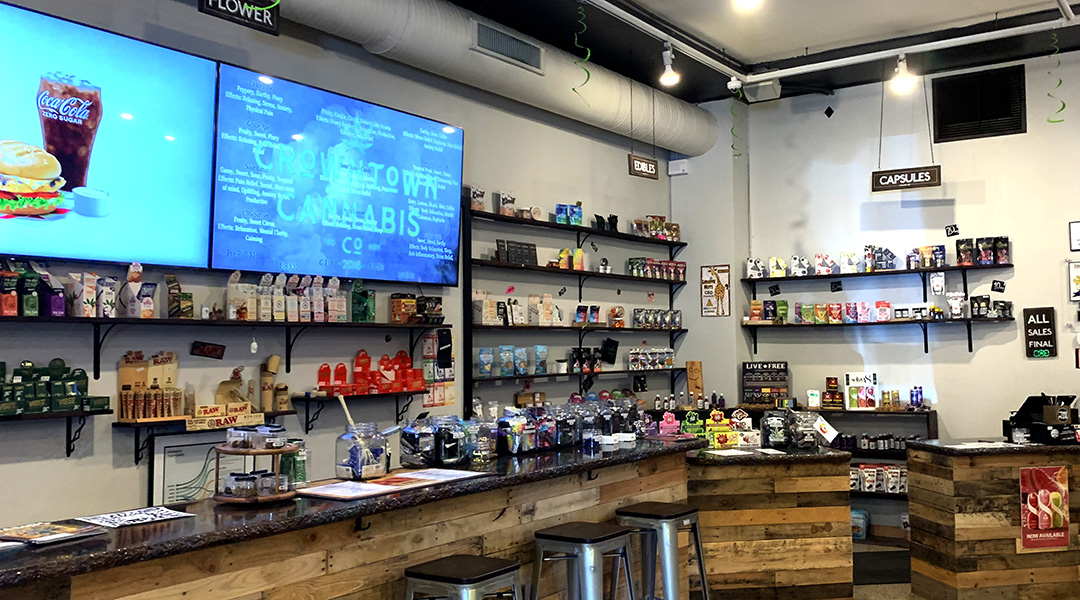 South Carolina is one of only 13 states where marijuana is illegal. But some lawmakers and doctors in the state continue pushing for the legalization of medical marijuana, which they say can be a safer treatment for people with debilitating illnesses than some prescription medications.

An attempt to legalize medical marijuana failed this spring, passing in the state Senate but not the House of Representatives .

Rep. Tommy Pope, R-York County, who voted against the bill, said he thought it went too far.

“My biggest concern is that I feel like it sets up an infrastructure for (full) legalization,” Pope said. “As opposed to focusing on taking care of those that probably need help the most.”

Still, legislators who support medical marijuana argue that legalization could significantly reduce the impact of the opioid epidemic.

“When we have patients who are dealing with … cancer or chronic pain or terminal illness issues, unfortunately, we’re seeing addiction to opioids in those scenarios,” said Rep. Spencer Wetmore, D-Charleston County. “When in reality, there is a far less-addictive alternative in cannabis.”

In 2020, about 1,400 people died from opioid overdoses in South Carolina, according to the S.C. Department of Health and Environmental Control.

Rep. Deon Tedder, D-Dorchester County, said the Compassionate Care Act, the name of the bill that failed to pass, would give patients “an option outside of opioids” and “would decrease the number of opioids we distribute.”

Marijuana also can replace immunosuppressant drugs, which can make people more susceptible to infections and cancers while being used to treat inflammatory diseases, said Prakash Nagarkatti, a University of South Carolina professor known for his marijuana research.

“What we found is that marijuana does not randomly destroy the entire immune system,” like some of the prescription drugs on the market, he said. “It selectively kills those cells that are activated,” as opposed to killing everything in sight like traditional immunosuppressant drugs, such as azathioprine.

Medical marijuana, if legalized, could be regulated by medical professionals the way regular prescription drugs are.

“It would go to people with epilepsy, long-term diseases — and really, it’s beneficial for a lot of our veterans with PTSD and things of that nature,” Tedder said.

One current fear of unregulated drugs is fentanyl lacing. Fentanyl is a man-made opioid that is stronger than regular opioids or heroin. In fact, a tiny amount can kill a person.

In the past few years, fentanyl overdose deaths have soared, as it sometimes is laced into marijuana and other drugs without the user’s knowledge.  In 2020, fentanyl was the cause of 1,100 of the total 1,400 opioid deaths in the state, according to the state health department.  That was double the number from 2019, when 527 deaths were reported.

But Pope said the bill that was defeated included more options than just distribution through traditional pharmacies. Allowing dispensaries, which can be operated by licensed organizations and businesses, makes it feel like “we’re backdooring (recreational legalization).”

“If it’s for a good cause and helping people legitimately, then I’m OK with it,” he said. “If we’re going to legalize it for recreation, then that’s a whole other debate we need to have.”

Many lawmakers say some sort of bill or bills that propose legalization will be reintroduced when lawmakers meet again in January.

The lack of access to legal marijuana already has led to the production of alternative compounds that have similar effects.  While marijuana is illegal in the state, other cannabis-based products are not. Edibles and vape pens, containing CBD or hemp, are just two ways cannabis products can be consumed legally.

The cannabis plant naturally produces more than 100 different cannabinoids, according to the FDA. Delta-9 THC is what we know as regular marijuana. It is the illegal one. But Delta-8 THC and Delta-10 THC, which are less potent, are just two of the legal compounds that have entered smoke shops in recent years.

Alternative compounds can still get you high, but Mike Sims, who co-owns Crowntown Cannabis, said everything in his store also has a medicinal or holistic benefit. Hemp and CBD products can help people with a variety of ailments, including insomnia, pain and Tourette syndrome, he said.  Crowntown Cannabis is one of six smoke shops in the Five Points district.  A city ordinance being debated would limit the number of smoke shops in the city.

“A lot of these compounds and things are coming in as a way for people to get relief from cannabis and dance around the arbitrary laws that have been put before us,” Sims said. “All cannabis is medical cannabis. Behind the scenes … on the farmers’ level … it all comes from the same farms. It’s all grown the same way.” 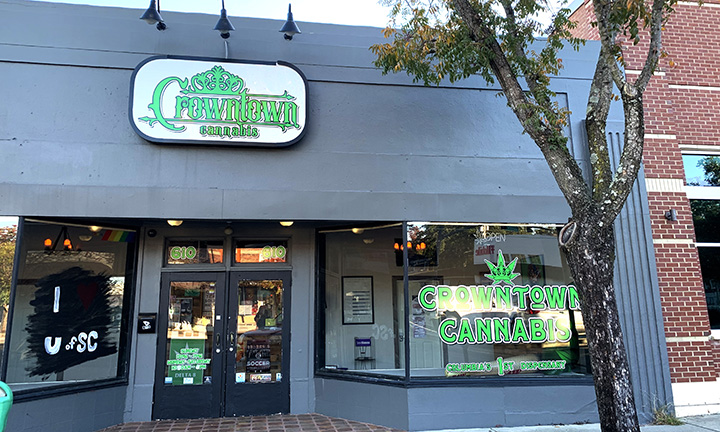 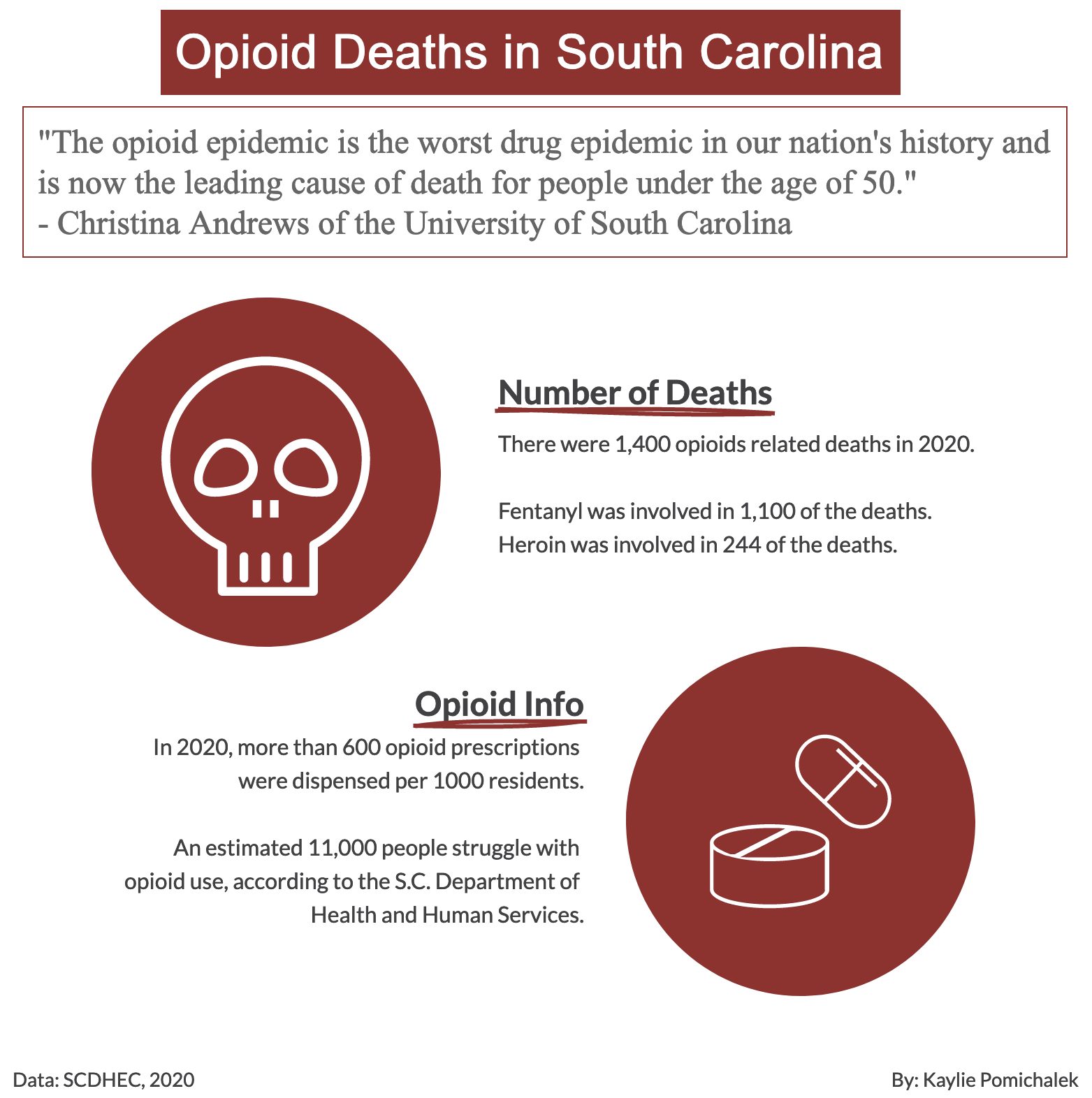 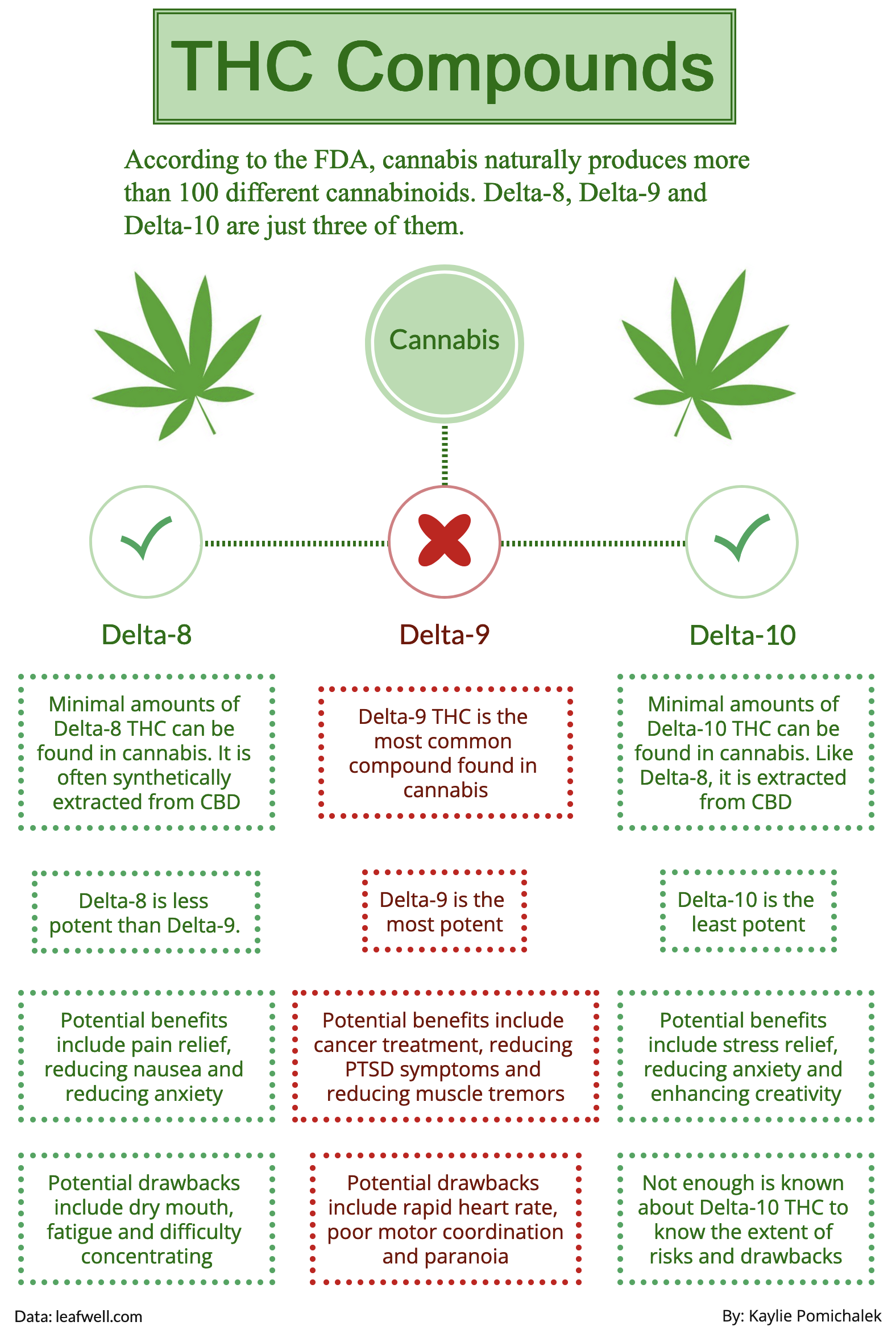 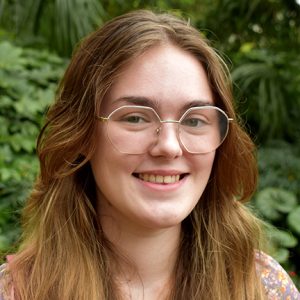