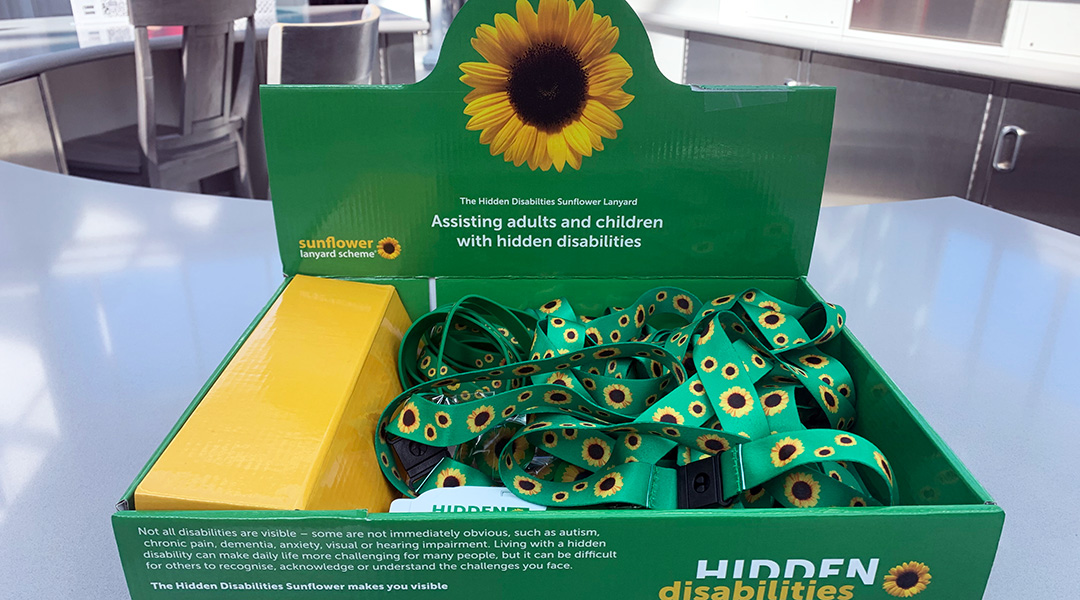 The Columbia Metropolitan Airport is the first in the state to adopt the Hidden Disabilities Sunflower Program. Passengers with hidden disabilities can pick up the lanyards that let staff know they might need help at the information desk of the airport. (Photos by Michael Sauls)

The Columbia Metropolitan Airport launched a program Monday aimed to help its passengers with hidden disabilities.

The Hidden Disabilities Sunflower Program provides a discrete way for passengers with disabilities that are not immediately apparent to get extra help in the airport while they’re traveling.

“We immediately wanted to be involved,” Mike Gula, executive director of the CAE airport, said in a press release of learning about the program.

CAE’s information desk has a basket with sunflower-covered lanyards and bracelets passengers can take to identify themselves to employees.

The sunflower symbol was chosen because of its positive connotation, according to North American Program Director of Hidden Disabilities Lynn Smith.

“It was chosen because of its positivity, its show of strength,” Smith said. “Its overall symbolism is one that fits the meaning of the program.”

Smith said the program helps travelers gain confidence that they won’t be judged by staff or other people around them.

“The sunflower is a way to say, ‘Hey, there’s something going on that you can’t see,’” Smith said. “’Just give me a minute. Just give me that little bit of extra kindness, patience and understanding.’”

While this is the first program to be implemented in the state, the program initially launched in the United Kingdom in 2016. Now, the program is used in 176 airports in 24 countries across the globe.

“We love being trailblazers within the aviation space and this is just yet another way that we can ensure that we are doing everything we can to put our passengers first,” said CAE’s Director of Marketing & Air Service Development Kim Crafton.

Crafton said CAE would be more than happy to work alongside other airports to ensure the entire state has adopted the program.

The CAE staff underwent additional training for the program over the past month to understand why it was in place and what it means, Crafton said.

The sunflower lanyards are free of charge and don’t have to be returned, Crafton said. 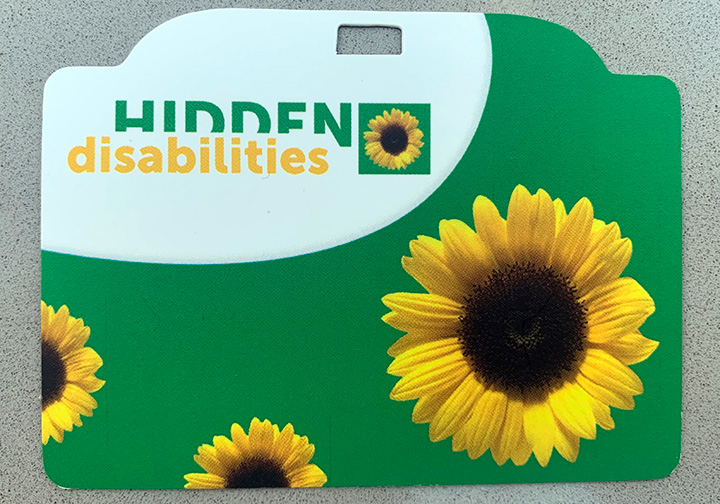 The Hidden Disabilities Sunflower Program started in the United Kingdom in 2016. Now, the program is in 24 countries across the globe. 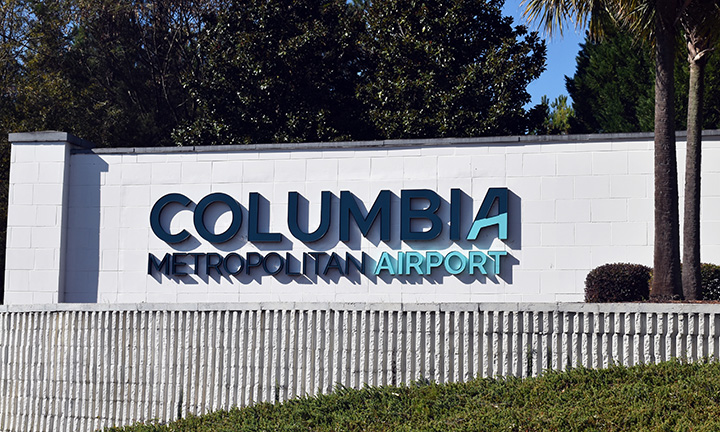 The Columbia Metropolitan Airport is the first in the state of South Carolina to implement the Hidden Disabilities Sunflower Program.