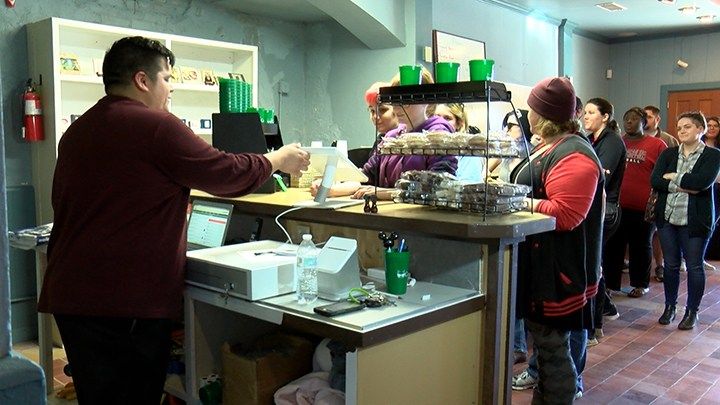 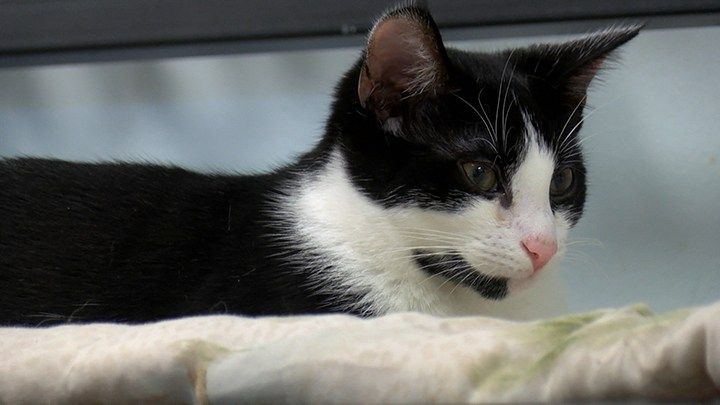 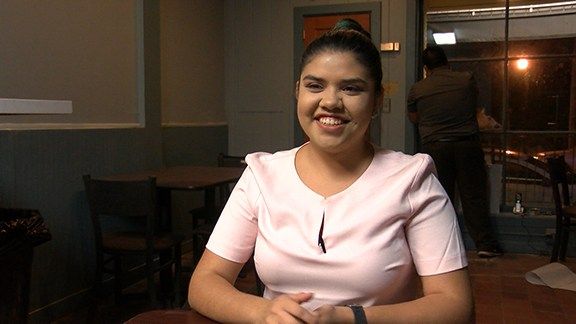 USC student Maria Garcia, co-owner of Catitude, is excited to have her dream job. 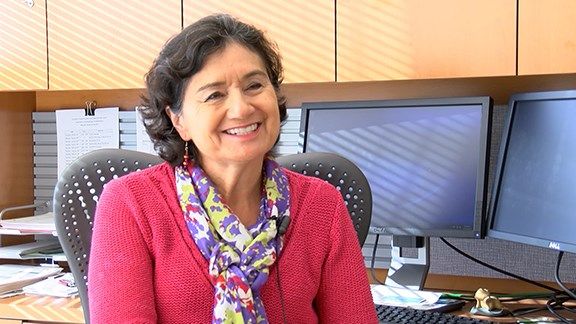 Myriam Torres is excited for Garcia and says her story represent that of many immigrants who start businesses and create jobs.

Columbia already has bars and restaurants that cater to dogs, but Jaime Andres Ortega and USC student Maria Garcia partnered with a local pet shelter, Pets Inc., to open a business that is dedicated to cats.

The idea for Catitude Cat Café began when Ortega was traveling with his previous job.

“Instead of going out and doing whatever it is that young people do in a new city, I instead missed my girlfriend and our cat,” Ortega said. “So, the way that I would get my quick fix is that I would look to see if the city had a cat café.”

The “claw-some“ idea became more of a reality when he and Garcia found stray cats behind the dumpster of a Sonic restaurant. He remembers, “the cats at Sonic that were cold, wet and hungry. I decided that I would take a chance on myself and I would try to make a difference.”

Guests at Catitude, located at 118 State St. in West Columbia, are able to order pre-packaged pastries and drinks, including beer, wine and coffee downstairs. Kitty visits are fifteen dollars, and guests receive a complimentary drink of their choice. Then, they can visit the cats supplied by Pets Inc. upstairs with their coffee in-hand. If they fall in love with one of the animals, they can begin the adoption process in-house. Pets Inc. is a no-kill shelter.

Garcia is excited to be able to have her dream job, but her dream was almost not a reality. She was barely able to renew her application with DACA – Deferred Action for Childhood Arrivals – right before President Trump decided to end the immigration program and give Congress a six-month window to replace it. The executive order issued by former President Obama allows individuals who entered or remained in the United States illegally to stay and work towards a work visa, and the application is renewable every two years.

Myriam Torres, director of the Consortium of Latino Immigration Studies at the University of South Carolina, is optimistic about the change but skeptical.

“The weakness is it is an executive order, and we need something permanent where no one feels like, “what is going to happen in four years?” Torres says. “But it doesn’t seem to be a priority in Congress right now… It hurts many families and it hurts us as Latinos who want to support the young people who grew up in this country and who are as American as anyone else.”

Torres is excited about Garcia’s entrepreneurial spirit and believes many immigrants share that trait. “Immigrants start businesses… They create jobs,” she says. “(Garcia’s) is the story of one person, and it can be the story of thousands of young people who got DACA.”

Garcia is thankful for DACA but prefers, “something that’s more solid with more certainty.” She and Ortega are working toward the American dream – not just as co-business owners, but also as a soon-to-be-married couple. Ortega proposed right before Catitude held their grand opening on Nov. 10, and of course, she said yes.