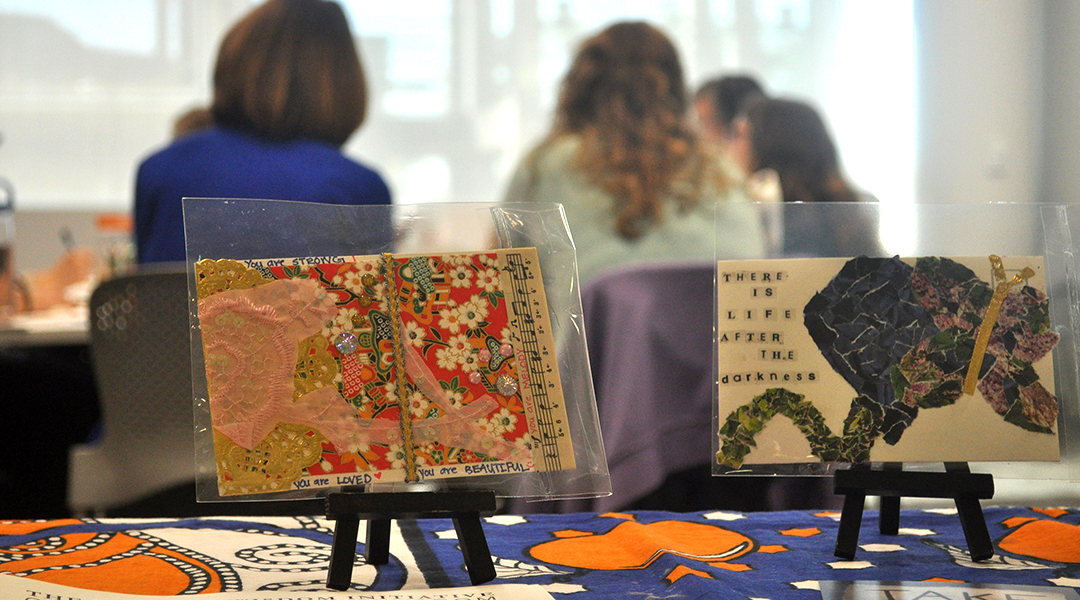 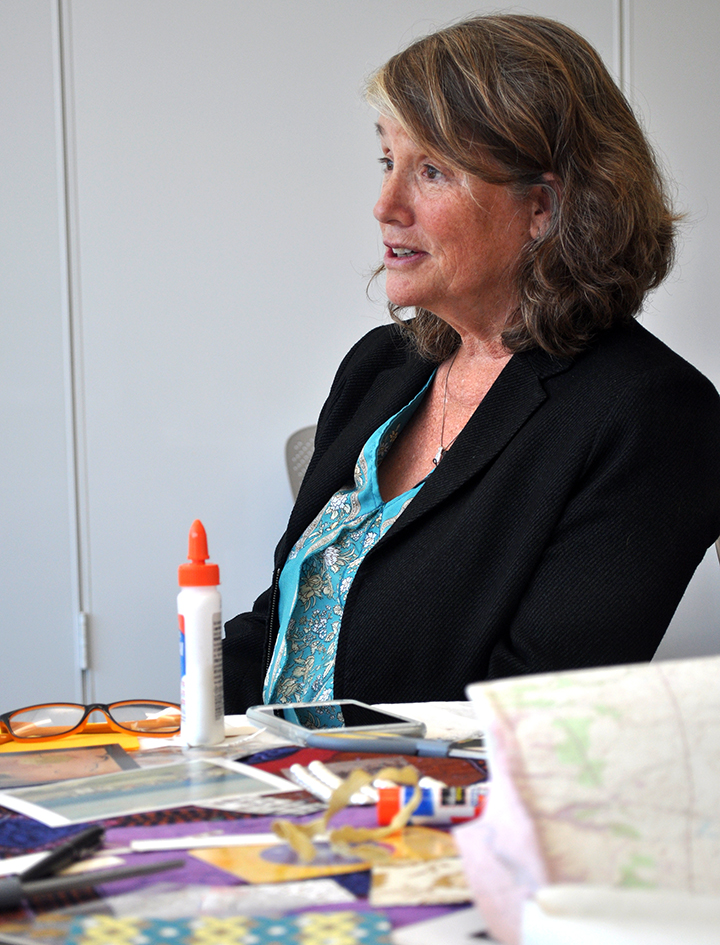 Caroline Lovell started the Traveling Postcards workshops in 2009 to focus on art as a healing mechanism for survivors of sexual trauma and other forms of oppression. 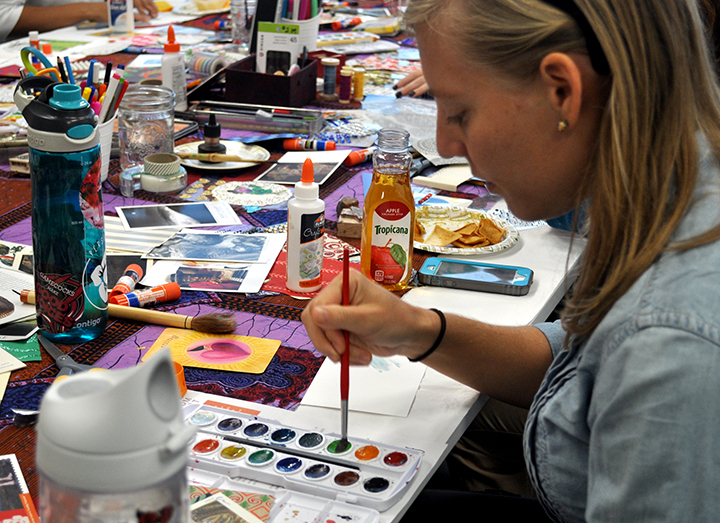 The Traveling Postcards workshop resonated with Kelsey Phillips because she finds art a healing way to communicate feelings that are hard to verbalize. 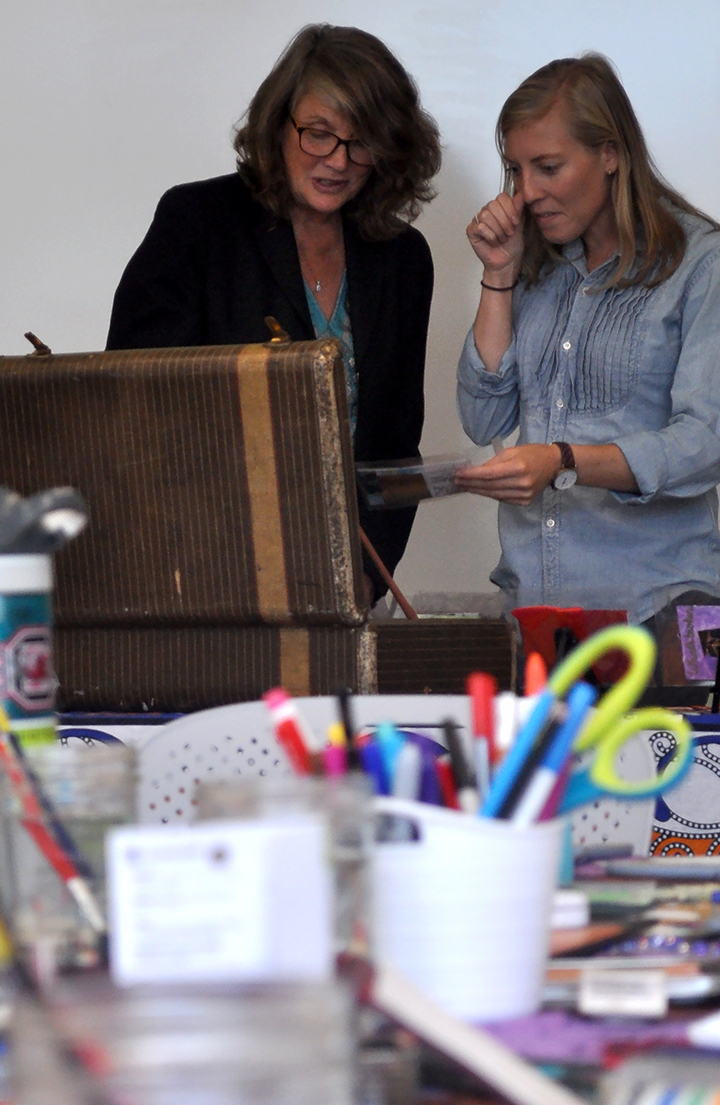 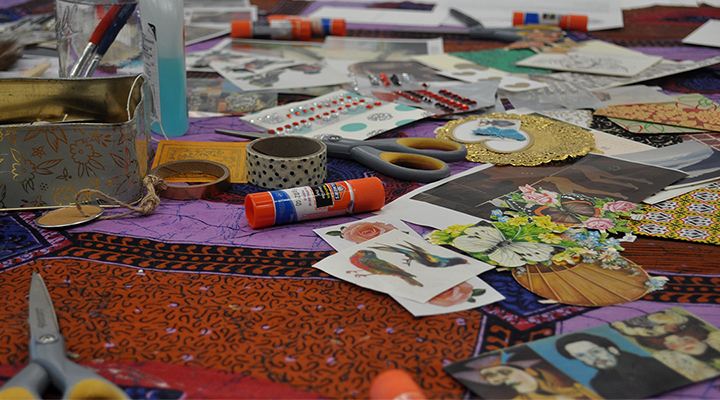 The participants at USC’s Traveling Postcards workshop were all female, but Caroline Lovell says more men are attending the touring workshops.

Caroline Lovell this week transformed a second floor room in USC’s new Center for Health and Well-Being into a place where healing and art come together.

As participants trickled in one by one and filled every seat, Lovell opened her Traveling Postcards workshop with an introduction exercise and gentle words.

Lovell, founder and executive director of the Women’s Wisdom Initiative, began Traveling Postcards in 2009 as a way to use the healing arts to address trauma caused by sexual and domestic violence and other types of oppression. Workshop participants decorate postcards to be hand-delivered to survivors around the world.

“We give you the opportunity to settle into that space and into your heart to have a communication with a survivor that is genuine,” she said.

So far, more than 4,000 postcards have traveled all over the world, from Costa Rica to Afghanistan. The organization works with worldwide aid agencies as well as military and domestic violence shelters on college campuses. Lovell said the stop at USC is the last in a month-long college tour that started in Boston a month ago.

“We are collecting students’ words of wisdom, and really wanting to collect wisdom from the heart,” she said. 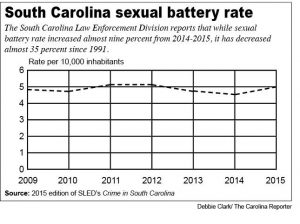 USC graduate student Maria Lamoine’s postcard came from her love of the beach and the ocean. She wanted to highlight the ocean’s extremes: calm and peaceful and strong and fierce.

“I just love the contrast of both of those, and letting survivors know they can be in that moment but that they can be fierce, and that both are okay,” she said.

Lamoine is getting her master’s degree in counselor education and wanted to learn more about how to talk to survivors and, with her postcard, “give them a piece of light when times get difficult.” She said she hopes that whoever receives the card she made knows they are loved and deserve peace even if it takes a while.

“They deserve all of those things, and no matter what they are still strong and they’re still fierce and they can get through it,” she said.

Her friend, art education student Kelsey Phillips, decorated her card with a quote from Psalms 1:34 on a background of dark blues and greens shot through with gold. She was inspired in part by the pottery technique kintsugi, where gold is used to put broken pieces back together.

“It was cool, using the colors and the gold to remind you of the embrace and the calmness in this time of hurting and pain but also being renewed,” she said.

Some of the postcards will go in recovery bags given to sexual assault survivors in the hospital after a rape examination. There is a pocket on the front of the bag so the postcard is the first thing the recipient sees. Lovell hopes this message of solidarity conveys to the recipient that someone out there cares.

For Phillips, part of the healing nature of art is how it is a way to share words and feelings that can’t be verbalized with others. She also loves the giving nature of art, and Lovell said the postcards are a gift to not only the survivors who receive them but also the people who create them.

“The wisdom we have in our hearts … that we keep hidden and only share with a few people is the most powerful wisdom we have,” she said. “And if we can take that wisdom that we hold and put it towards that issue of gender-based violence, then we can make a difference.”