A discussion with the governor: making schools safer 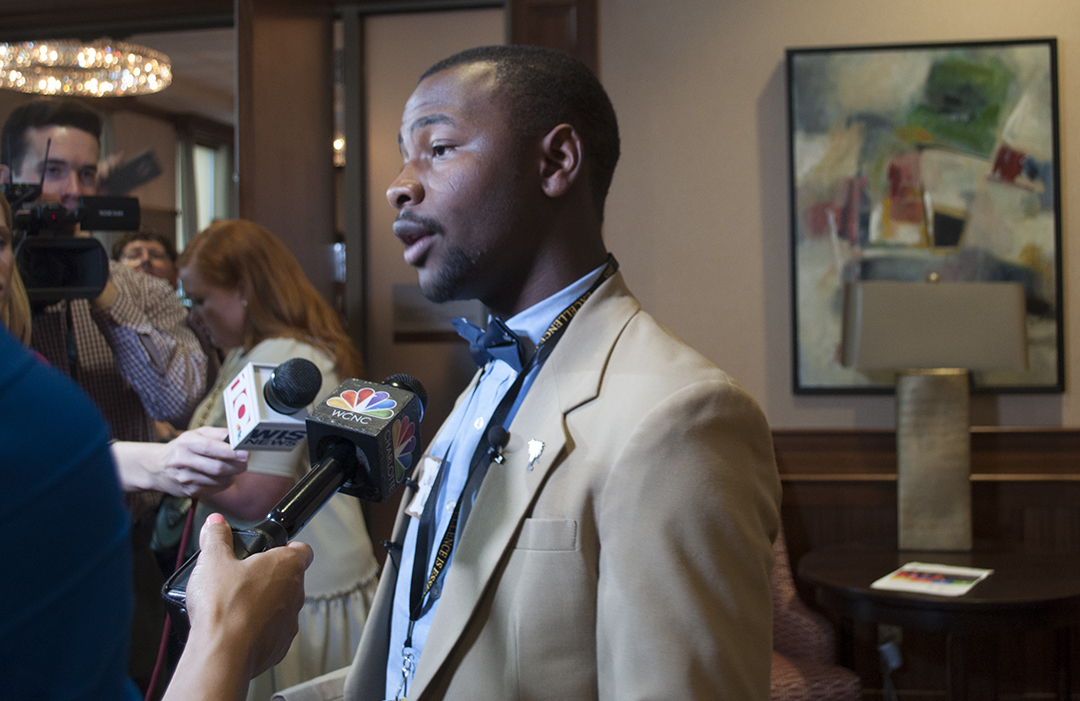 Dillon High School student Jacorie McCall argued for equal state funding for all schools, so that rural schools and urban schools can have the same level of protection against a school shooter. 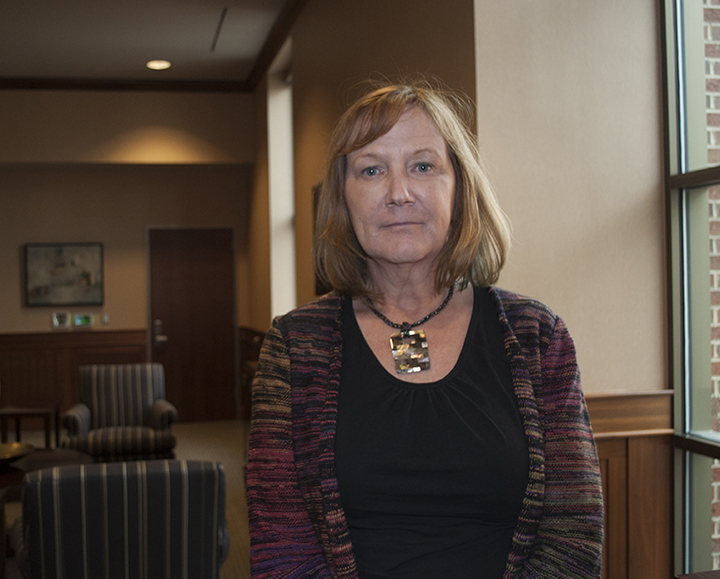 Carla Damron, the executive director of the S.C. chapter of the Association of Social Workers, argues that every school in South Carolina needs both mental health counselors and social workers to help detect the warning signs of a potential school shooter.

Gov. McMaster opened the panel with a speech on the importance of making South Carolina schools more secure against the tragedy of a school shooting. 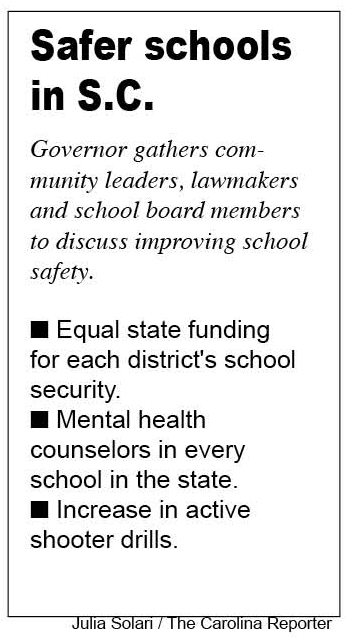 “The kids in Dillon matter just as much as the kids in Lexington,” said McCall, who joined several dozen community members in a conversation with the governor.

In the wake of the Florida mass shooting on Valentines Day, Gov. Henry McMaster gathered lawmakers, school board members, and members of the community to discuss improving school safety in South Carolina.

McCall is trying to organize awareness in his community for school safety. His school district cut funding for school resource officers, making his school more vulnerable to an armed gunman.

“I think the state should help out communities like mine more because the county and the communities can’t really help if they don’t have businesses or a huge tax base there. We shouldn’t be negotiating with lives when it comes to rural areas,” McCall said.

His district is among a number of rural districts that have been fighting for equal state funding for more than 25 years.

School security isn’t the only route in protecting schools. One executive argued that there has to be a clearer path to identify troubled students and get them help.

“We work in a system now where we work with the burner that’s on fire,” said Carla Damron, the executive director of the S.C. chapter of the Association of Social Workers. “The smoldering burners are these kids. If we don’t see them and catch them while they are smoldering, it gets really bad when it’s on fire.”

Damron warned that failing to act on potential signs of a troubled school shooter early on might result in tragedy. The Parkland Florida school shooter, Nikolas Cruz, had an automatic weapon and had been expelled from school. Police received numerous warnings about Cruz’s mental state, including worries that he would become a school shooter.

“While a counselor can deal with the clinical issues, the social worker can look at the child in the context of their family, community, support system, and needed resources,” she said.

“We need to have a system in place where enough eyes and support are on this kid early on to catch them before something really bad happens,” Damron said.

“Ironically, no one has died from a school fire in 70 years,” Spearman said.