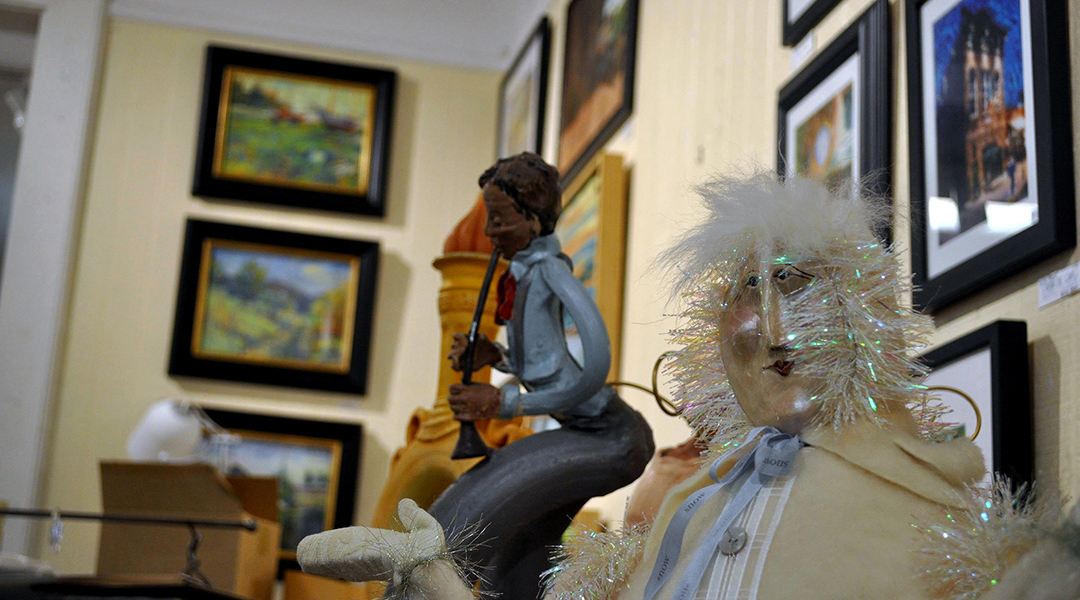 Portfolio Art Gallery has sold a variety of American art, from prints and paintings to jewelry and pottery.

Portfolio Art Gallery owner Judith Roberts is seeing the bare walls of her Saluda Avenue gallery for the first time in 22 years.

The gallery, filled with an eclectic mix of fine paintings, pottery, jewelry and the occasional wonderful oddity, is closing at the end of the week. Portfolio has been an artful attraction in Five Points for 39 years, first in a small location on Devine Street and, for the past two decades, anchoring a spot near the corner of Devine and Saluda that offered two separate entrances.

“I still have a lot of energy and a lot of momentum in doing something else… not just something just for myself but for the art community,” said Roberts, who hopes to provide some studio space for artists a few blocks from the gallery.

Her interest in the arts started at a young age in Delaware, Ohio, where she took advantage of living a few blocks away from the Ohio Wesleyan University art department.

“When the students would throw their paintings out that they didn’t want, I would go retrieve them and put them in my bedroom,” Roberts said. “They were my first art collection.”

She studied studio art, art history and art education at St. Petersburg Junior College, Ferris State University and, finally, the University of South Carolina, where she completed her degrees. She has utilized her eye for artful design to educate Columbians on paintings and pottery that would become signature pieces in their homes. Her customers have poured over jewelry cases filled with handmade items and discovered small treasures tucked away on high shelves.

Roberts and her husband, James A. Roberts, moved to Columbia in 1971 when her husband was relocated for work. Nine years later, her husband rented space in Five Points for her to open Portfolio Arts Gallery. He died in 1982.

“My husband encouraged me to do this,” Roberts said. “He knew all about my interest in art and that I studied art.”

Portfolio is known for showcasing American art, primarily from the Southeast.  Niche magazine labeled Portfolio as one of the top 100 American art galleries in the nation.

But she has also promoted local artists, including Celtic painter Monica Wyrick, an art teacher at St. Peters Catholic School who Roberts has known for about twelve years.

“She showed me pictures of her children’s work and I said, ‘Oh, let’s have a show,’” Roberts said. “This whole wall was dedicated to these kids and we put their pieces on exhibition. We had an opening and their parents came.”

Roberts said that Portfolio wasn’t meant to be like most galleries.

“I always thought galleries were stuffy, and I always felt uncomfortable,” Roberts said. She wanted her gallery to attract “everyday people because a lot of those people have really good taste in art.”

“I want everyone to feel comfortable here,” she said.

Customers do find comfort here; regulars can now be seen popping in for their last goodbyes, reminiscing with Roberts about their commitment to the store and the memories they shared, including Wyrick.

“There really isn’t anything else like it in Columbia,” she said.

Joe Pinner, a retired Columbia television personality known for “Mr. Knozit,” a children’s television show on WIS News 10, is one of her customers who is sad to see the store go.

“When he heard that I was gonna be closing, he came into the gallery and he was sobbing.”

The final departure has not been without a bit of distress.

Roberts said she dropped her change purse just inside of the door when she was locking up on Feb 13 and returned the next morning to a shattered door and a missing purse, apparently a casualty of late-night crime in the popular nightlife district.

But despite that, Roberts says she has enjoyed working in Five Points with other business owners like herself.

“A lot of towns and cities right now are trying to recreate places like this or build them to look like they are really old and we’ve got the original thing here,” Roberts said. “It is unique because of that.”

Though Portfolio will be leaving 512 Saluda Ave., Roberts is packing things gradually, trying to sell as much art as she can until the last day the gallery is open.

“Doing this gradually has been a good thing because… if I just sold the business and then walked out the door, I’d probably cry for weeks,” Roberts said. “This makes it real. I still have things and artists I can still promote, and People just love Portfolio.” 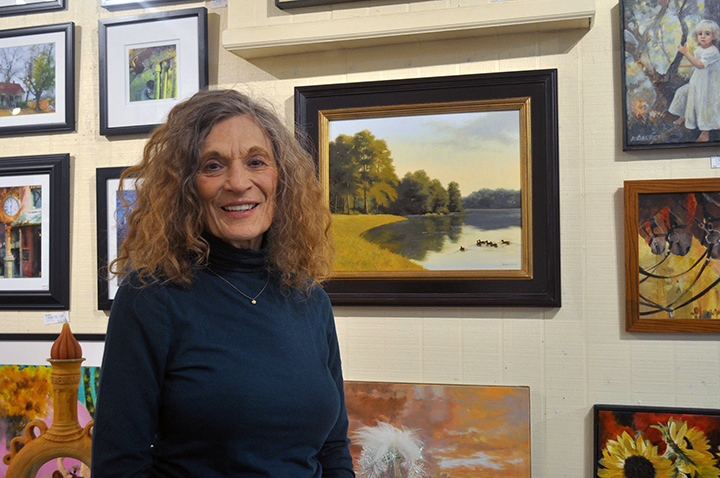 Judith Roberts opened Portfolio Arts Gallery in 1980 with the help and support of her late husband. Her gallery was ranked one of the top 100 American art galleries by Niche magazine. 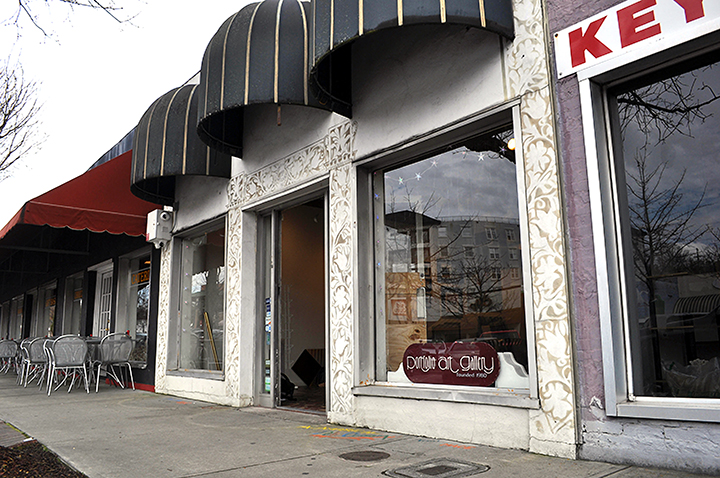 The gallery, which was relocated to its current location at 512 Saluda Ave. 22 years ago, will be closing its doors at the end of this week. 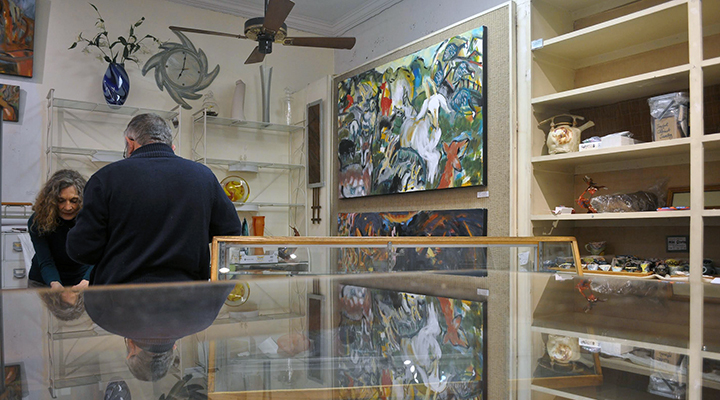 Roberts says customers have come into the store in tears after they heard that Portfolio Art Gallery is closing. Roberts wanted to make the gallery a place anyone could feel comfortable in. 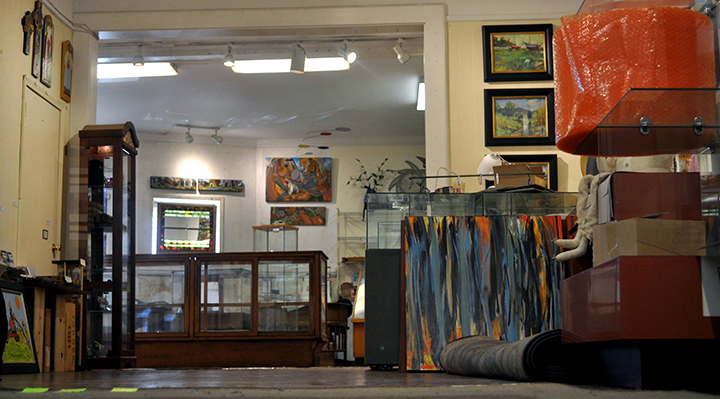 Roberts has started packing and moving out her collection of local art. She says this process is making it easier for her to say good-bye.