A ‘lighthouse’ of hope for South Carolina 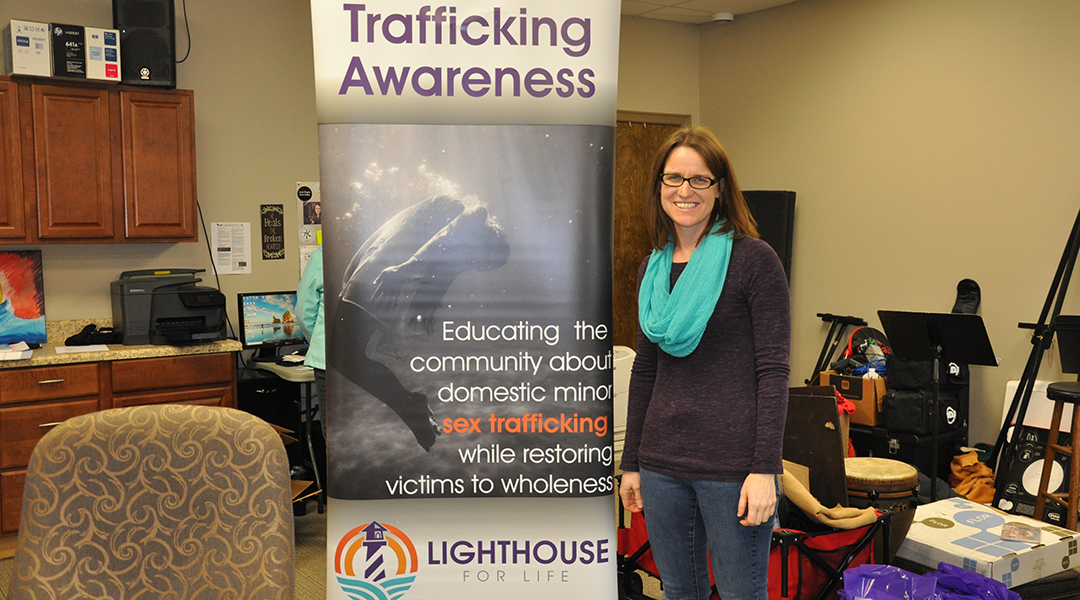 Lisa Kejr, Program Manager of Lighthouse for Life in the organization’s office located at Radius Church in Lexington. 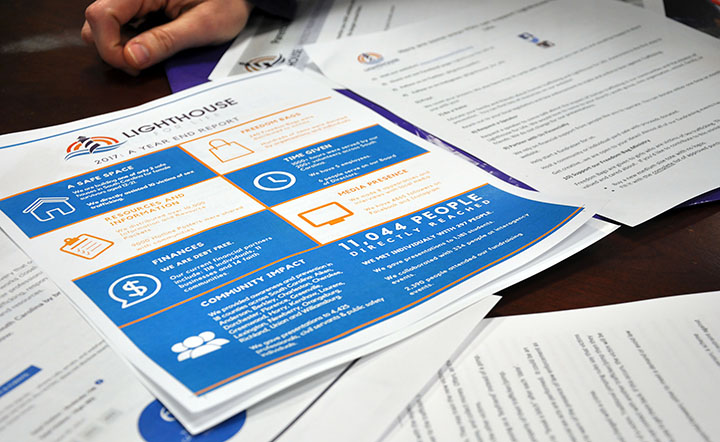 Informational flyers distributed by Lighthouse for Life in their workshop packets.

Education, restoration, and empowerment. These words have become the foundation of a South Carolina organization with the first safe-house for human sex trafficking victims within the state.

Lighthouse for Life, founded by Andrea Wind in 2014, will open its doors in Lexington this April to young girls ages 12-17 who have suffered through the horrifying experience of sex trafficking, including being prostituted by strangers and oftentimes by their own families. South Carolina is among the worst in the United States for exploiting children for sex.

Wind created the organization after hearing a sermon at church called “stop the hurt.” She envisioned a lighthouse with many houses built around it, said Lisa Kejr, program manager for Lighthouse for Life — hence the name Lighthouse for Life.  The organization’s mission is to assist victims as well as educate and train the public to be actively looking for signs of human trafficking.

In the United States annually, more than 100,000 youth, ages 12-17, fall prey to human trafficking. A report from the National Human Trafficking Hotline shows that in 2017 alone, South Carolina had over 65 reported cases of human trafficking. This does not include the cases which were not reported.

Brooke Burris, east coast policy director for the Lynch Foundation for Children, works with many cases on human trafficking throughout the Carolinas.

“South Carolina hasn’t mandated human trafficking education or training,” said Burris. She explained that not having programs set in place brings a great deal of frustration and discomfort to lawyers and anti-trafficking organizations throughout the state.

“Currently, we do not have any beds in the state of South Carolina for victims,” she said, which means there are no safe places for trafficking victims in the state, making it incredibly difficult for many of them to escape the nightmare of a reality they live through.

Lighthouse for Life will be the first organization in South Carolina with beds for victims. With the construction of their first home, they will house three people at a time — girls, ages 12-17. The home will be “family style,” which means there will be a male and female couple who will look after the girls and care for them.  Though the number seems small, it is the ray of hope for trafficking victims in South Carolina.

Kejr stressed that the public must “be informed and know this is happening in our community.” The organization holds workshops for businesses, college groups, K-12 groups, churches and virtually any group or individual interested in being educated and trained to combat human trafficking.

Some possible signs that a young person might be trafficked are:

“Understanding that nobody can fight something they don’t know exists is what we’re trying to fix,” Kejr said, which is why hosting workshops is a key component of Lighthouse for Life’s mission.

While all participants in the program have different needs, all of them contribute to the same purpose — to educate, restore and empower.

Bhonslé intends to graduate in May of 2018 and attend graduate school to obtain her master’s degree in journalism or attend law school to pursue child advocacy law. A long-term goal of hers is to write for Vogue or Southern Living Magazine. Bhonslé has a wide range of interests, which she enjoys learning more about through her research and writing.