Absentee voting up in Richland County in advance of midterms 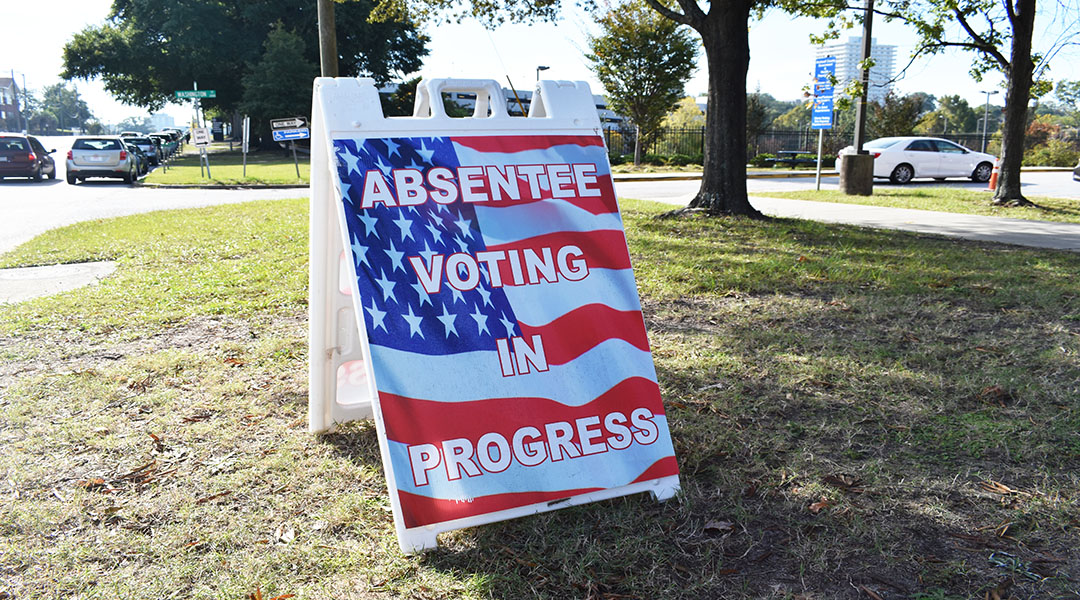 Absentee voting can be done either in-person or through the mail and gives people, who are unavailable on Election Day, the chance to vote.

The director of Richland County Voter Registration and Elections was in the Halloween spirit Wednesday, dressed in a pumpkin-print suit and handing out candy to voters waiting to cast their in-person absentee ballots.

Suleman says he anticipates that number to reach a total of 20,000 by Monday, the last day to absentee vote in-person.

“Absentee voting has been higher than our previous midterm election in 2014,” Suleman said. “We’re not as high as the presidential election of 2016, but we’re certainly setting a record for midterm elections right now.”

South Carolina voters, like students and vacation-goers, qualify to participate in absentee voting if they’re away from their county of residence on Election Day. Other voters qualify if they expect to be unable to vote due to work or other commitments such as jury duty.

Thad Hall, the deputy director of Richland County Voter Registration and Elections, dressed as Uncle Sam and said that he has been assisting some voters with absentee curbside voting, a system that allows the elderly and physically disabled to vote outside of a polling area and remain in their cars.

Two officials are involved in curbside voting, one to handle the paperwork and the other to oversee the use of the portable voting machine. While at the voter’s vehicle, the official gives machine assistance to the voter while maintaining their privacy.

“Last week we had a gentleman who was African American and born in 1919, and he came here and voted. He had grown up here in South Carolina, and so he likely couldn’t have voted because of the legal restrictions on African Americans voting until he was about 46 or 47,” Hall said. “So, it was really heartwarming and exciting for all of us to help him vote.”

Voters can submit absentee ballot requests for direct family members, and Hall says many grandmothers and mothers “want to pass on the importance of voting” and come to the office to ensure their family members are sent their forms.

According to Suleman, the office has seen “a little bit more of an increase in student activity” for absentee voting, but Hall said there is still a larger turnout of older voters.

Armanis Pollard, an absentee voter and a recent University of South Carolina graduate, said a lot of young people don’t understand how voting works. But she said if she had to encourage someone from her own generation to vote, she would ask them just one question.

“I would ask them ‘Have you been satisfied with all the past elections?’” Pollard said. “And if the answer is ‘no’ you might want to do something about it.”

Hall says that there is a real need for a younger voter turnout, because although the younger generation is outspoken, public policy depends on the votes.

“People should treat voting like the USC and Clemson game. You should pick a team and get excited about your team and participate,” Hall said. 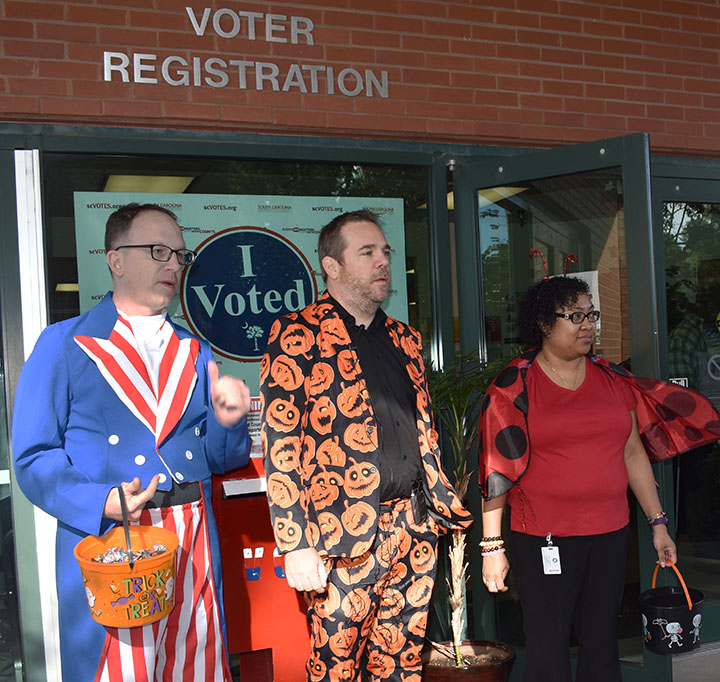 Rokey Suleman, center, the director of Richland County Voter Registration and Elections, said there appears to be an uptick in absentee voting this year. He was joined by Thad Hall, deputy director, and Michelle Harrington, his assistant at the Halloween news conference. 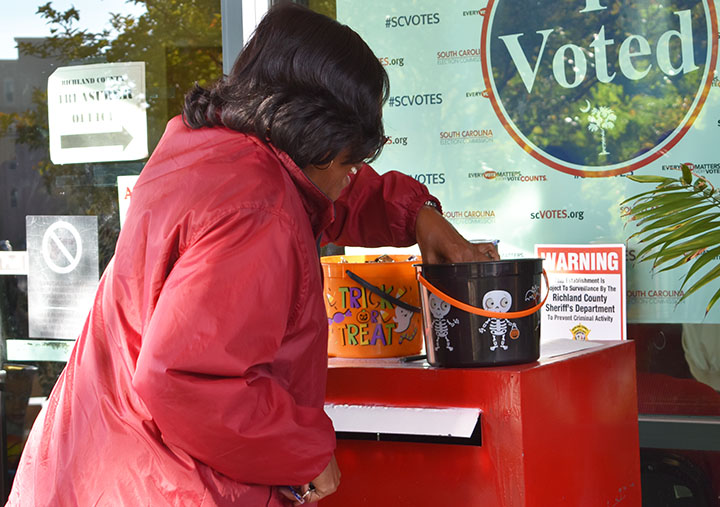 Richland County Voter Registration and Elections got in the Halloween spirit and offered candy to their absentee voters Wednesday. There are only three days left to cast an in-person absentee ballot. 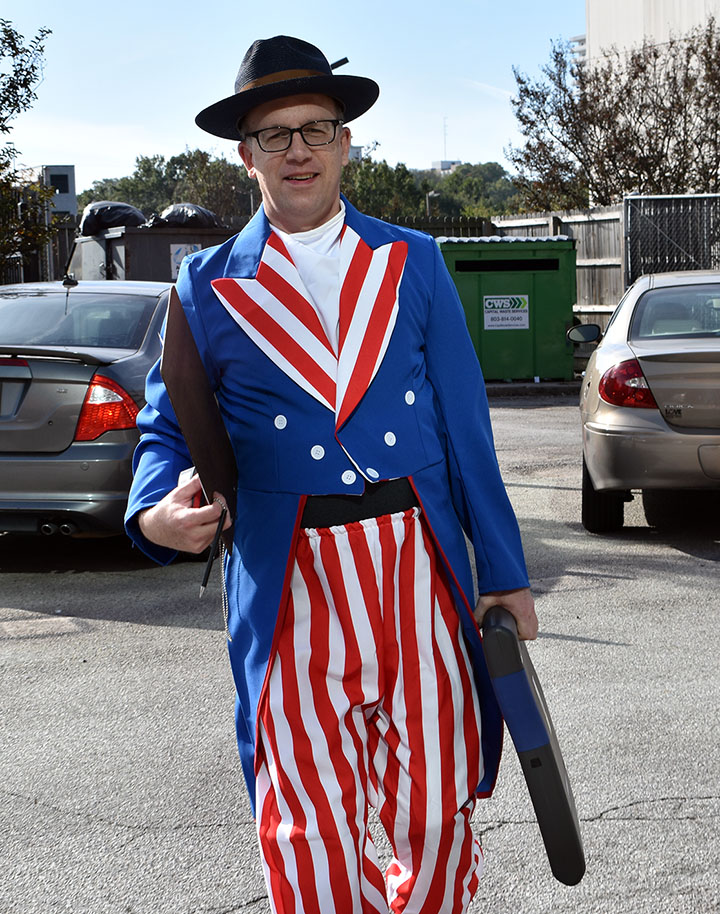 Thad Hall, deputy director of Richland County Voter Registration and Elections, oversees absentee curbside voting, a system that allows the physically disabled and elderly to cast their votes while sitting in their car outside a polling center. 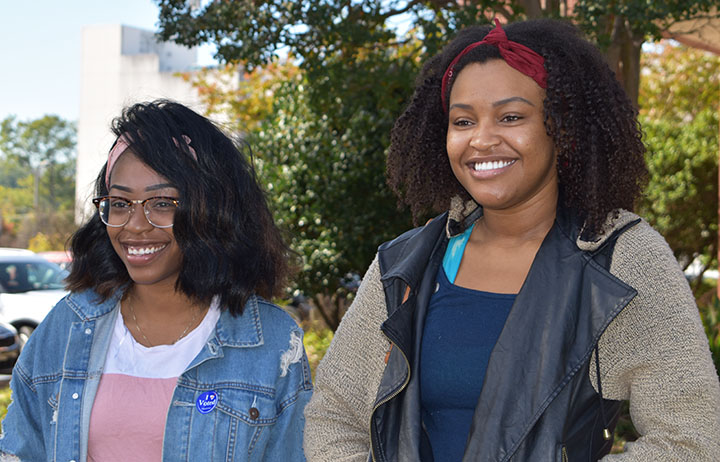 Danesha Williams and Armanis Pollard, recent college graduates who cast absentee votes on Wednesday, say that many younger people don’t understand how voting works. They encourage anyone who is unhappy with the current political climate to come out and vote.