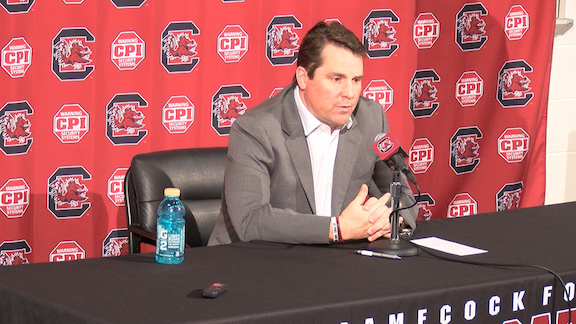 USC Coach Will Muschamp talked on Tuesday about coming back from an emotional Thanksgiving weekend loss against Clemson and being more prepared for the final game of the season Saturday against Akron.

“When I found out that we were gonna get the game, we got all their film from this year. It’s the same operation that we always have. We didn’t have any summer work on Akron cause that’s normally when we do the foundation of our game plans. But we’ve got all the film we normally have at every game,” Muschamp said.

He said his team players will be fully prepared by Saturday, although he wants them to get into the right mindset for the game.

“Every game is a mindset game. You got to have the right mindset, the right energy, the right focus, the right effort, toughness and discipline on Saturday afternoon at noon,” Muschamp said.

Even though it was hard to game plan with limited time, Muschamp and his team found a way to get through it.

“Just familiarize yourself with the personnel a little bit, and this time of the year there’s not a lot of new things you’re gonna see. I mean people do what they do, they have a couple wrinkles here and there. You face that every week. That’s part of it,” Muschamp said.

He hopes for the return of injured Jaycee Horn to play in Saturday’s upcoming game, and AJ Turner for the opportunity to play on Saturday.

“Jaycee Horn was in a boot today but still may get him for Saturday. We’ll see how that goes,” Muschamp said.

The final game of the season for the Gamecocks will be held Saturday at Williams Brice Stadium at noon. 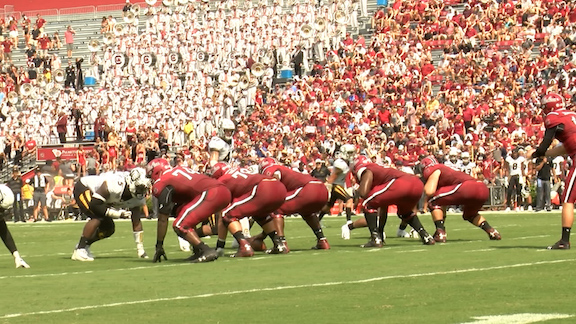 The Gamecocks are gearing up for their final game of the season against Akron on Saturday.