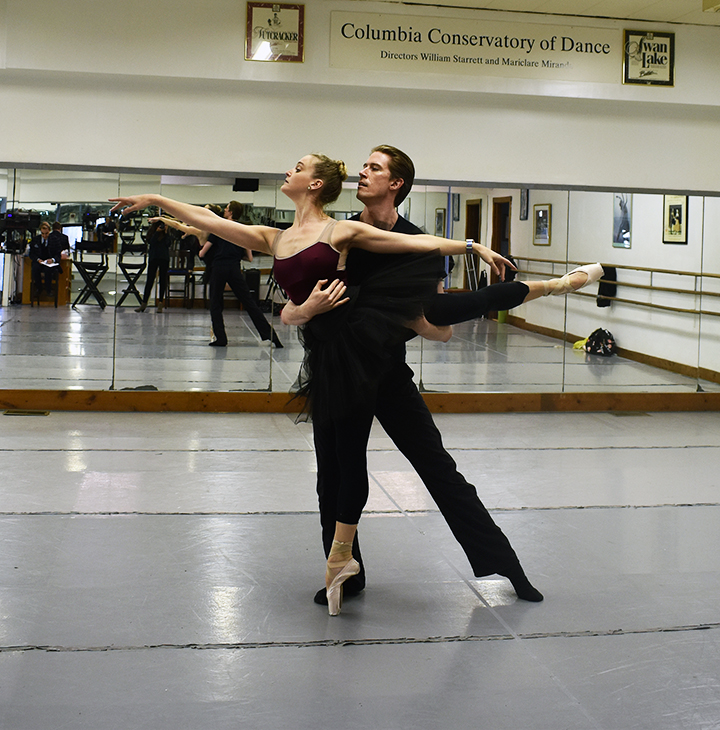 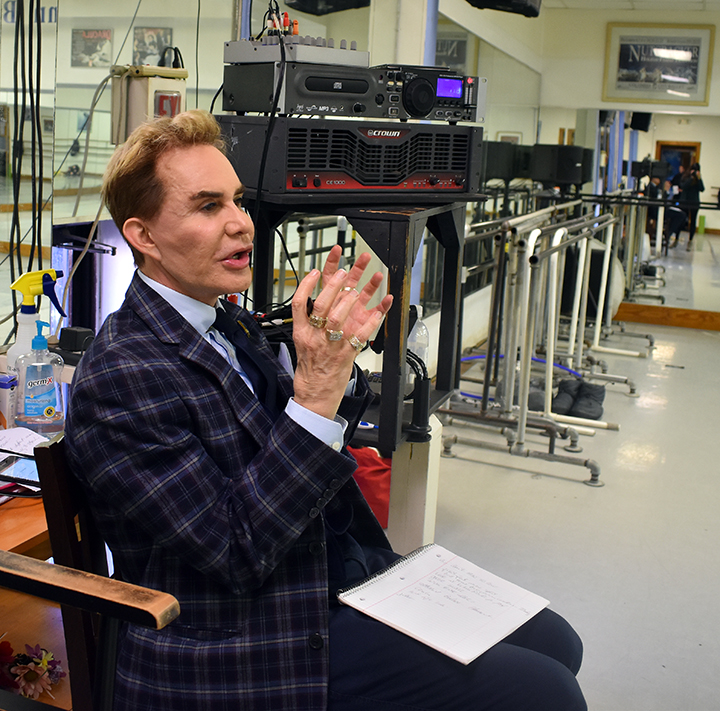 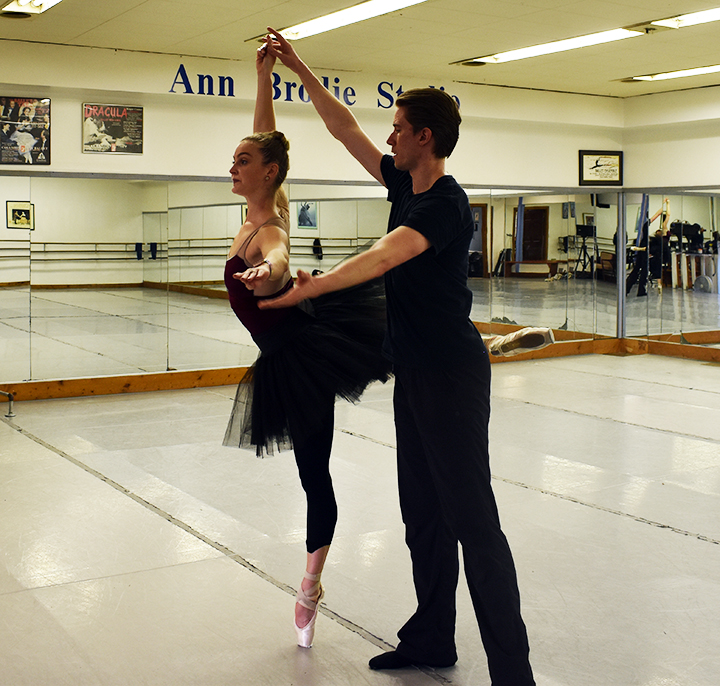 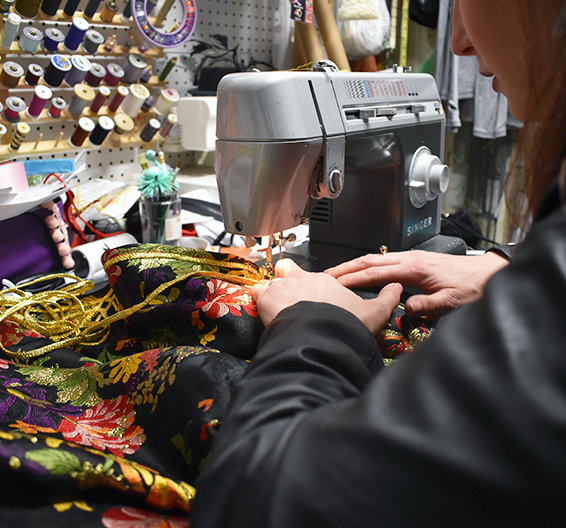 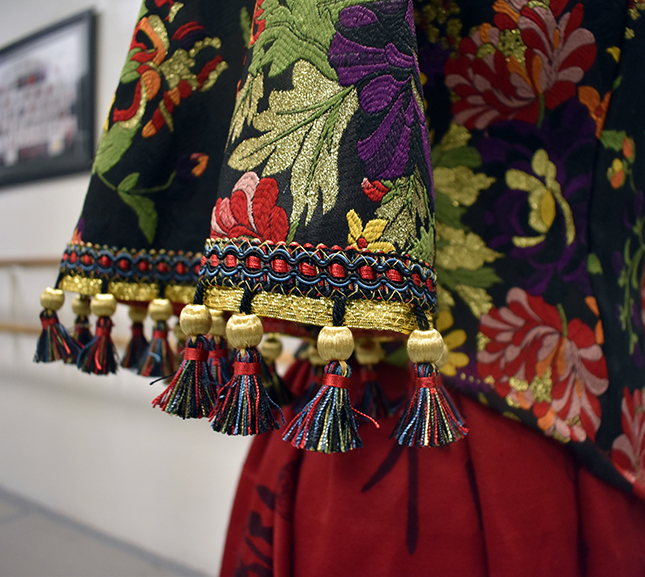 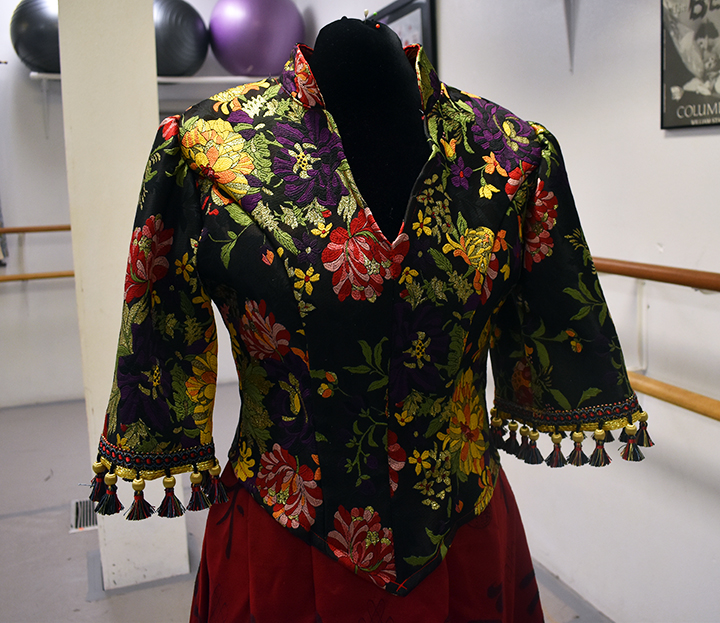 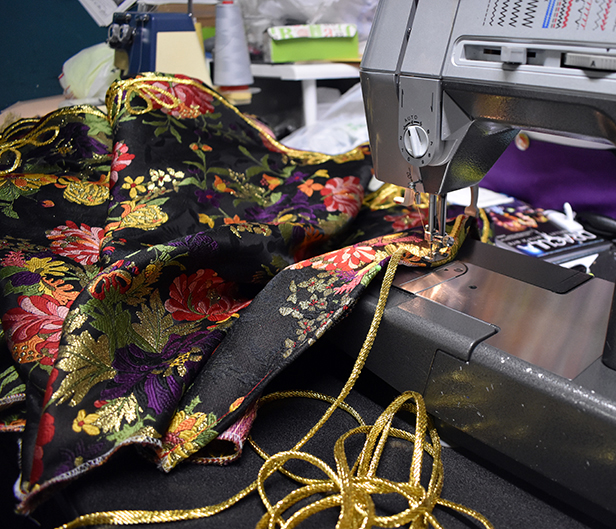 Audiences get to experience the magic of “The Nutcracker” on stage, but the true magic occurs backstage, where costumes are stitched, dancers are training, and production is flourishing.

Columbia City Ballet has been producing The Nutcracker for 51 years, and artistic director William Starrett believes the magic of the play continues to live on.

“You would never change the smile on the Mona Lisa,” Starrett said. “I take liberty with numbers and the music. I sped up the music and I’ve taken out all the repeats, so it keeps it more current.” 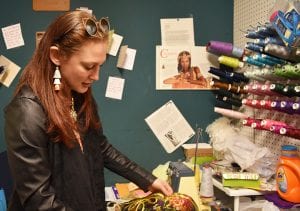 Along with the other changes, costumes are something Columbia City Ballet takes liberty in changing up each year.

Alexis Doktor, the costume designer for The Nutcracker, said her goal this year was to revamp the old and craft the new. Staying true to the tradition of the play, Doktor’s job is to also preserve the old costumes. She said that fabrics have a shelf-life, and she does her best to take care of pieces that were made by designers before her.

“This year, we have decided to do brand new party scene parents,” Doktor said. “The colors of the costumes foreshadow the moments that will occur later on.”

The party scene costumes will evoke the different kinds of candy that will appear in the candy land scene. For example, the most recent costume Doktor has worked on is covered in a Chinese chinoiserie pattern that resembles the Chinese tea.

“The plan for it was to not only find fabrics that will be the correct color, but also ones that have influence on the actual patterns being traditional to that area of the country,” Doktor said.

The material is made from baroque fabric and Doktor, who is from New York City, tries to travel there twice a year to grab the best fabrics for the show. She prefers baroque fabric because of its “depth” and ability to make details shine. It also allows the audience to see the intricate designs in the pattern of the fabric.

“Baroque fabrics tend to use metallic, and there is a rich texture to the fabric,” Doktor said. “The thing that makes baroque fabrics really special is they tend to be heavier.”

This year, Grant Show, who acted in the television show “Melrose Place,” will be in the party parent scene. Doktor said that she feels lucky seeing people like him wear her designs.

“We have been using the same party parent dresses for a while, so it’s exciting to see what their reactions will be,” Doktor said.

The costumes play a huge part of the production, especially for the dancers.

“Each night you’re something different… so it really inspires you to be that character,” Abby McDowell, a dancer in The Nutcracker, said. 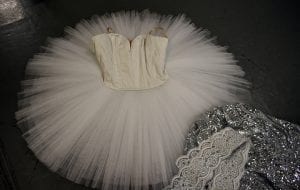 McDowell and fellow dancer Bo Busby said each show is going to inspire the next generation of kids in the audience.

“It can change their lives in a magical way,” Busby said.

Starrett wants those who come to the Koger Center to feel the same thrill.

“This is my 32nd year teaching The Nutcracker,” Starrett said. “My goal is for the [audience] to discover the art each year… I make it with so much artistic expressions, so the audience sees this high caliber of dancing, and they can discover the art of it all.”

Columbia City Ballet will host “The Nutcracker” for a number of performances Dec. 8-9 and 15-16 at the Koger Center. Tickets can be purchased by phone or online at www.columbiacityballet.com 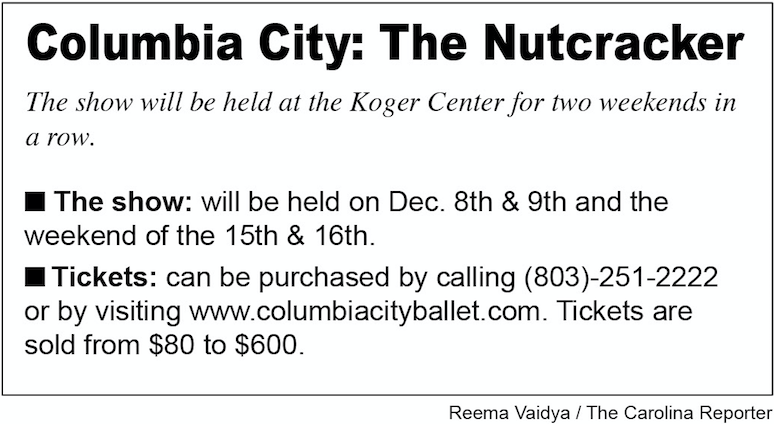