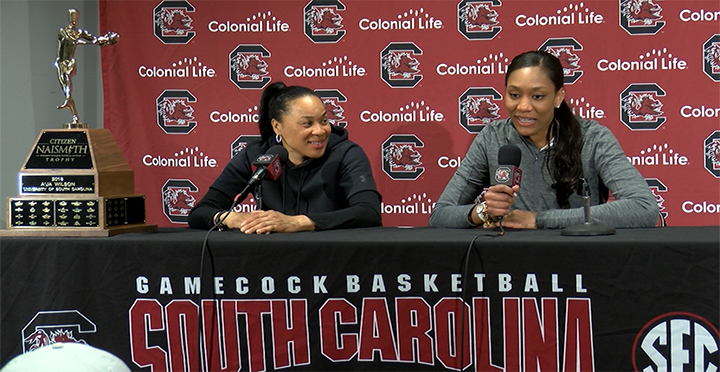 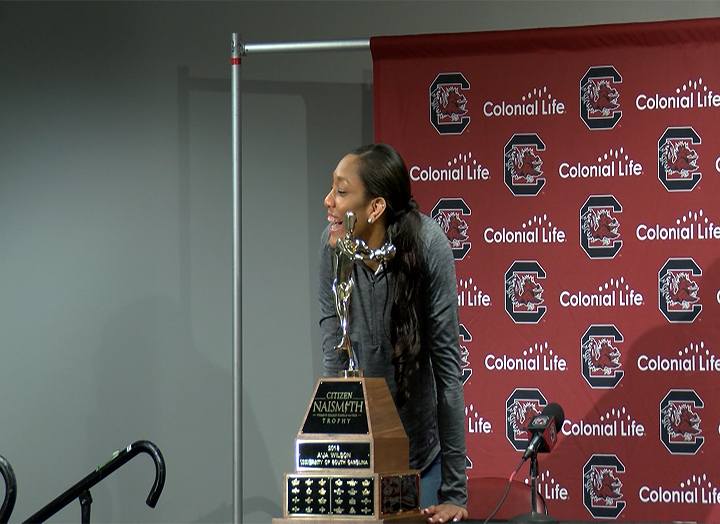 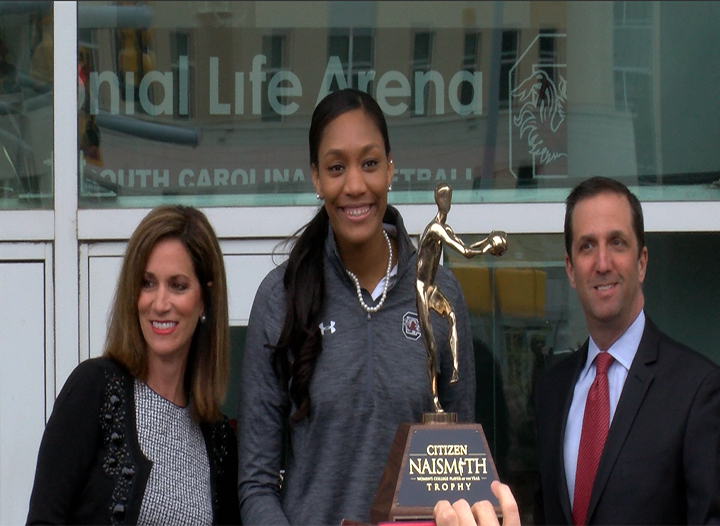 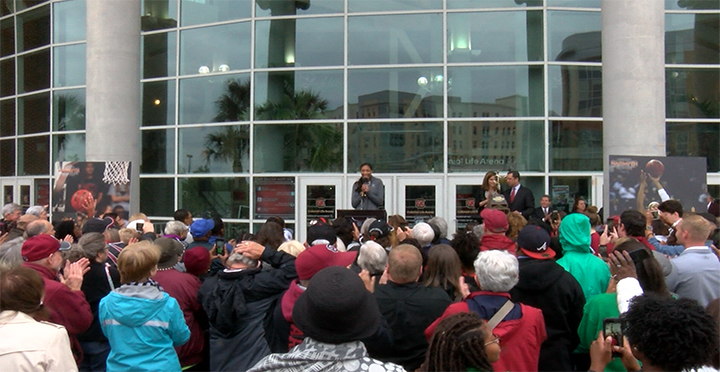 A’ja Wilson thanks her fans at the Colonial Life Arena in Columbia for their support.

Former USC basketball star A’ja Wilson was presented with her final award April 8 as a college athlete, the prestigious Citizen Naismith Trophy. Hundreds of people gathered at the Colonial Life Arena to celebrate her achievement.

However, Wilson is much more than a star athlete.

“A’ja is the person who never turned down an autograph, a selfie, a high five,” USC President Harris Pastides said.

“Wow you never meet anybody with that type of character and does what she does on the court,” Citizen’s Watch Co. Vice President Tammy Machado said.

Wilson left a legacy at USC with her basketball skills and her character as well. She thanked her family, women’s head basketball coach Dawn Staley, the coaching staff and her supporters.

“I just can’t put into words how grateful and blessed I am to be apart of a great family like Gamecock nation,” Wilson said.

Staley says that her character will allow her to be the face of change for the WNBA.

“It takes more than just points and rebounds. You have to have a great personality, you have to be relatable and she has all those things that can take the league to the next level,” Staley said about A’ja transitioning  to the WNBA.

Wilson says the only thing that worries her about transitioning to the WNBA is playing for someone other than Staley.

However, Staley made a plan so that Wilson wouldn’t be too far away -at least in spirit.

Staley has started to petition to get a statue of Wilson on campus. On April 12, Wilson was picked number one overall in the WNBA draft by the Las Vegas Aces. 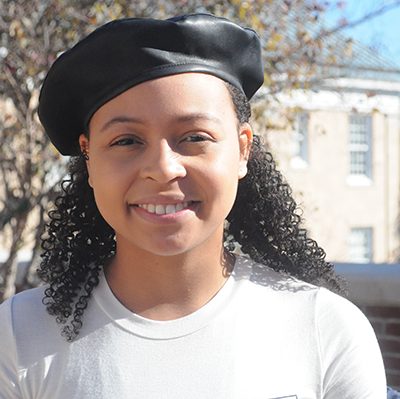 Brianna Briggs has held a variety of positions from being an intern at Gamecock Productions to being the current president of the Association of Black Journalists. She is confident in her abilities to tell stories from a wide variety of topics, but holds a special place for creating original content for her personal Youtube channel. Briggs hopes to use her skills to create exciting videos for an entertainment news outlet.