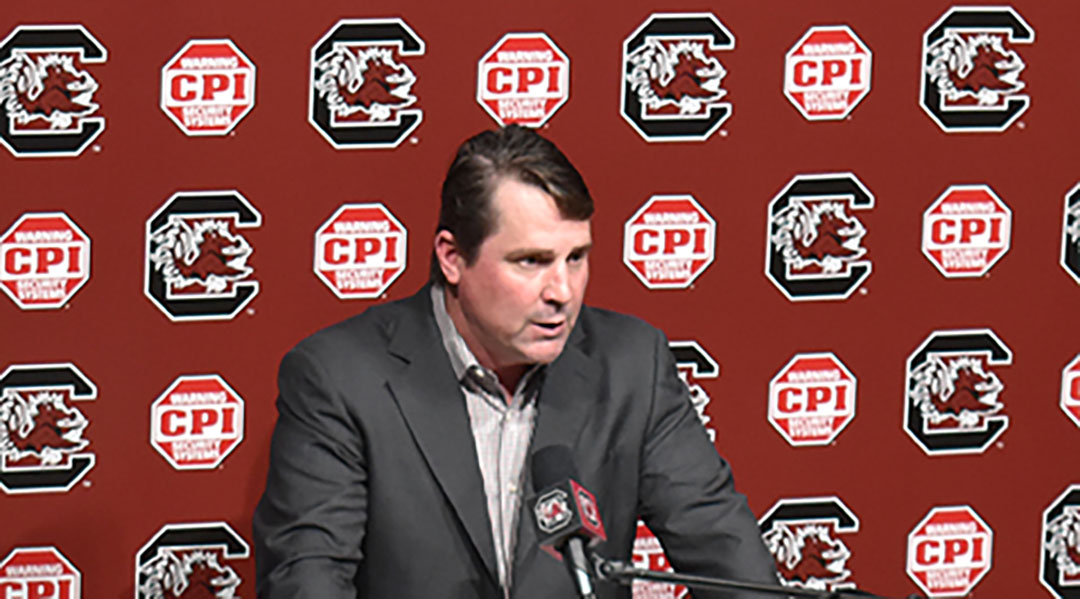 While debuting his third recruiting class on National Signing Day, South Carolina football coach Will Muschamp was quick to offer praise to a Gamecock who roamed the field at Williams-Brice Stadium a few years before Muschamp arrived on campus.

“He’s an outstanding player, and a great ambassador for our school,” he said.

Muschamp’s comments were not surprising to those who keep up with the team on social media, where the program has been promoting Gilmore’s performances throughout the NFL postseason.

In an era where fans and programs alike breathlessly follow the latest news on recruits, promoting powerful alumni has become another weapon in the fight for the nation’s best high school athletes, said USC journalism assistant professor Kevin Hull.

“They have really gone all in on social media; a lot of the top programs have,” said Hull, who researches the intersection of sports and social media.

Although social media is a factor in recruiting, Muschamp is also a proponent of keeping former stars around the program in a literal sense. That strategy was put into action with the debut of the team’s new operations center, which features designated space for former Gamecocks to work with current players.

“I wanted that before this building was ever built,” he said. “We have a former players locker room that is spacious enough for over 20 guys to be here at any one time to be a part of any team drills that they want to be a part of and to positively affect our guys.”

Still, Muschamp said part of his recruiting strategy is to motivate potential commits to want to surpass the achievements of their predecessors.

“I tell recruits all the time, ‘Come be the first, not the next. Come be a part of the first SEC Championship team. Our road is a little tougher, a little rougher and a little bumpier. It’s not as smooth as some places, but you can come here and have great success,’” he said.

Gilmore is the latest former Gamecock to get national attention, but the strategy isn’t just limited to football. 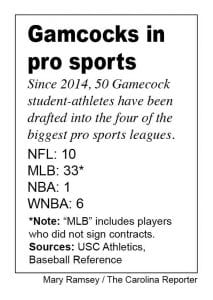 After sending six players to the WNBA in the last five years, including league rookies of the year Allisha Gray and A’ja Wilson, women’s basketball coach Dawn Staley’s 2019 recruiting class boasts three of the top ten players in the nation. It’s a group that ESPN wrote “could be considered among the best of all time” in terms of recruiting.

On the diamond, the Gamecocks continue to reap the rewards of their success under former coach turned athletics director Ray Tanner, which included back-to-back national championships in 2010 and 2011.

We're 9⃣ days away from Opening Day!! We had nine guys in "The Show" last year and can't wait for that total to grow in 2019!! #Gamecocks #ForeverToThee pic.twitter.com/YZssqbiAEp

Two of Tanner’s former stars, Jackie Bradley Jr. and Steve Pearce, played critical roles in the Boston Red Sox run to a World Series title in 2018. And both spoke publicly throughout that run about how their time as Gamecocks prepared them for the big stage.

“It was just about winning,” Bradley Jr. told the media about his four years in garnet and black. “No one cared about anything else.”

Hull said moments like those provide indirect recruiting tools for South Carolina athletics, especially in the era of social media. Today’s recruits are typically active on Twitter and other platforms, he explained, so teams can use them to make sure they notice when a former Gamecock stands out in the pros.

“Every tweet they send out is really geared at recruits first,” he said.

Under Armour All-American DL Jaquaze Sorrells rounded out the 2019 class on National Signing Day, choosing the Gamecocks over multiple other teams including Alabama.