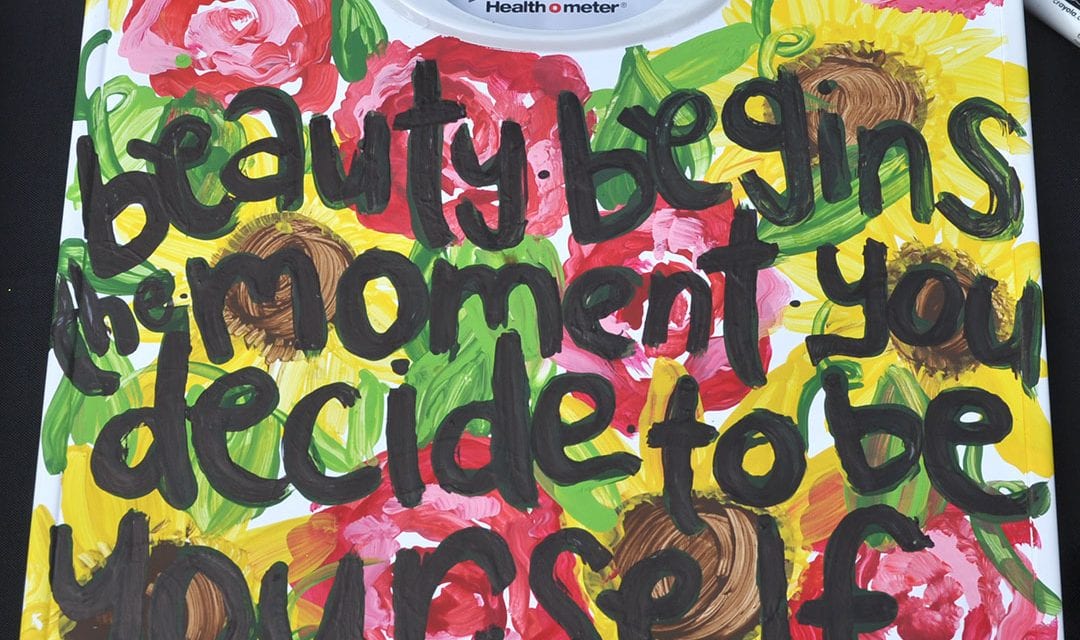 Students at the University of South Carolina smashed scales that were decorated and donated by sororities and organizations.

University of South Carolina students wielded sledgehammers and baseball bats to bathroom scales Wednesday in an effort to destroy society’s concept of a perfect body image.

Students joined the Carolina BeYOUtiful campaign to encourage self-love and break the stigma around eating disorders and body image.

“We all know what it feels like to just not feel good enough,” said McCall Dempsey, founder of the nonprofit Southern Smash. “Smashing the scale itself is so cathartic, it’s empowering, whether or not you’re tied down to a number on the scale.”

Dempsey silently struggled with an eating disorder for 15 years and founded Southern Smash in 2012 as a way to begin the conversation on topic that she felt was not spoken about enough. Dempsey, now a mother of two, spent 81 days in a residential treatment program in Durham, North Carolina in 2010.

Student Body Vice President Mills Hayes got involved with Carolina BeYOUtiful and brought Southern Smash to UofSC in support of the “Stigma Free USC” campaign. Hayes was recently treated for an eating disorder and wanted to highlight the disease as a mental illness and promote positive body image.

“Eating disorders have the highest mortality rate of all mental illnesses,” Hayes said. “This is something that is really personal to me, I’m thankful that so many people in student government were behind me on this and wanted to do something to support this mental illness.”

According to the National Eating Disorder Association, the 18-24 age group is most affected by eating disorders which include, anorexia nervosa, bulimia nervosa and binge eating disorder. Southern Smash focuses on the problems college students experiences.

The scales were decorated and donated by sororities and other organizations across campus, and any student feeling frustrated could smash one. “We all have something we have to smash that is holding us back,” Dempsey said.

Curious students watched as participants laughed and lifted bats and hammers above their heads to shatter the scales that were confined in trash bags. Hayes cheered on males and females with words of encouragement, telling them to “smash it harder.”

UofSC student health officials helped design the week-long program handed out buttons with quotes such as, “too busy changing the world to change my body” and “mental health matters.”

“I’m going to deal with this for the rest of my life, I’m going to constantly be fighting it. I hope one day I’m fully recovered but I’m not there yet,” Hayes said.

Dempsey, a graduate of the University of Mississippi, hopes to bring Southern Smash to more college campuses and encourage students to become their best selves. She’ll continue to bring the scales because to her, “it just feels so damn good.” 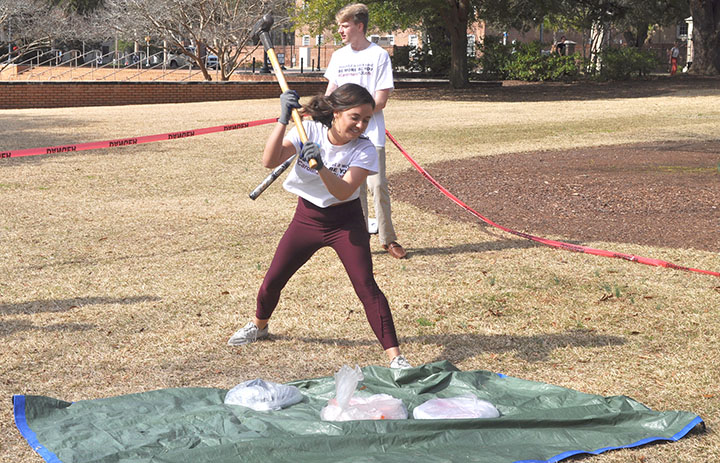 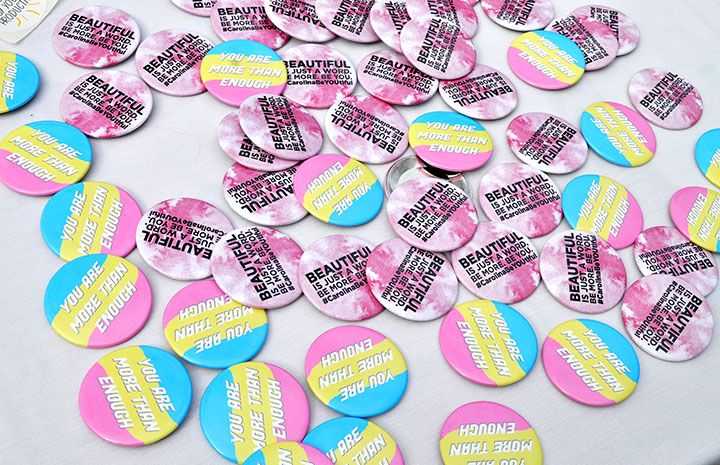 Buttons and stickers were provided by the Student Health Center and Student Government with affirmations to promote positive body image. 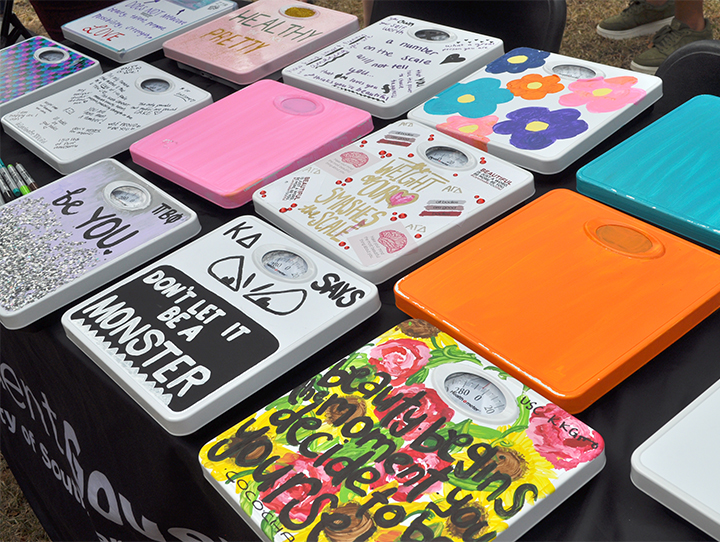 The donated scales were on display for students to choose which one they would like to smash.

Students were supplied with sledgehammers and baseball bats and encouraged to smash out their aggressions on the scales. 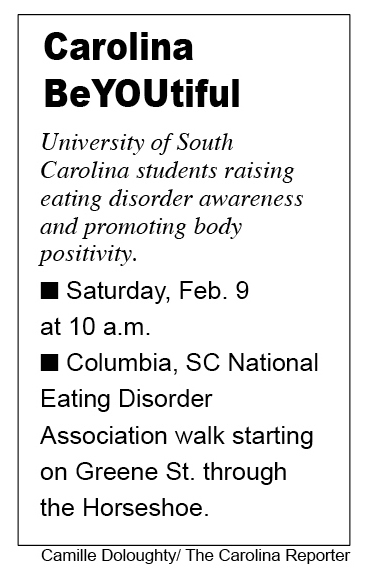