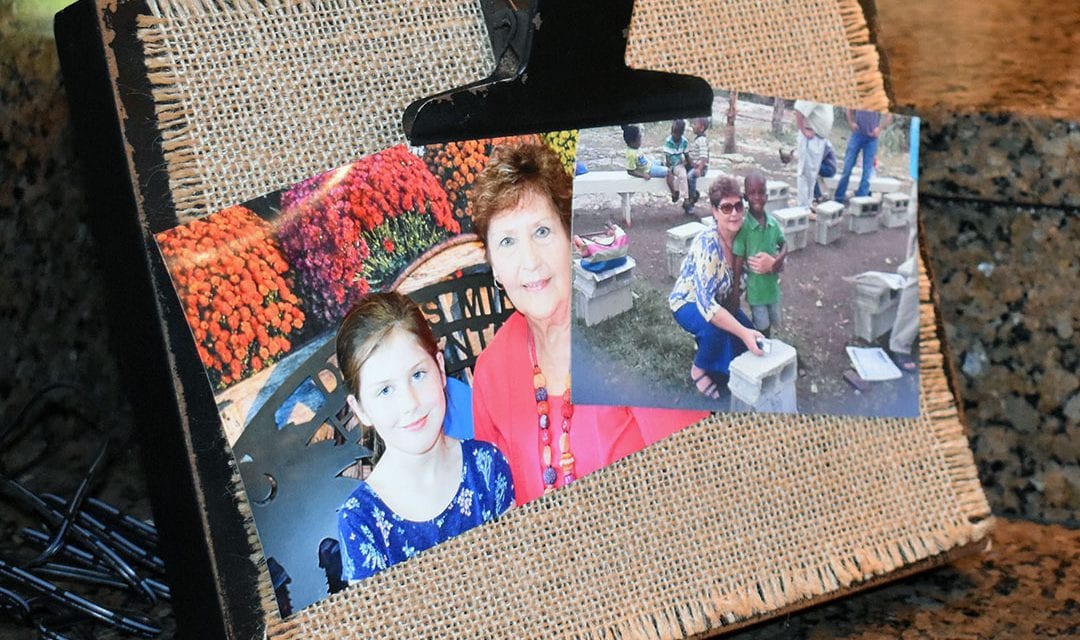 Over the years Carl and Mary Brown of Elgin have made it their goal to insure that every child that comes into their home feels like a part of their family. Even after fostering over 200 children, they said they wouldn’t change a thing about their decision.

Over the last 44 years, Carl and Mary Brown have shown in over 200 different ways what foster care can accomplish when you open your hearts to others.

The couple has welcomed over 200 children into their home in Elgin, a small community outside of the state capital, along with their three biological children and eight adopted children. And even at the ages of 79 and 75, they still continue to foster.

“It’s been the greatest thing that we’ve ever done. It’s become a part of our lives, almost our whole life,” said Carl Brown.

Mr. Brown believes that since opening themselves and their home to fostering, they now know how important family is.

“People need to know that there’s nothing greater than being a part of a family. Every child needs a family,” he explained. “When they’re taken away from their family in under what they think are normal conditions, it’s so important for those children to have someone that’s willing to take them into their home ­– you’ve never seen them and they’ve never seen you – and to open your heart and home to that child and be that family for them.”

According to the South Carolina Department of Social Services, in the month of October there were 4,702 children in foster care throughout the state. The number of homes available for them to be placed in? Only 2,729.

That means there is a gap of almost 2,000 homes that are needed in order to meet the number of children that are in the state’s care. Two of the biggest demands for homes involve families that are willing to take in siblings or teenagers; without those families, siblings will have to be separated and teens will be placed into group homes.

No matter the age of the child, two or eighteen, Mr. Brown said that they need someone to tell them that they’re loved. When children come into the system they sometimes don’t understand why, but “you’ve got to wrap your arms around them, you’ve got to love them.”

Mary Brown said that foster parents must understand the individual circumstances of each child who arrives in their home.

“They all have a background and a history of what brought them into care and that affects them,” she said. “The trauma that they suffered affects them throughout their lives and we try to instill that you’ve got a family that cares about you and loves you.”

Fostering a child that you’ve never met can be challenging but the Browns believe that it’s absolutely worth it.

“At times you want to give up, but it’s so rewarding when you see what you’ve accomplished in helping to parent those children in a time of need,” said Mr. Brown. “It’s not easy. Sometimes we wish we had the time to do things that we couldn’t do, but we love what we do.”

Mrs. Brown explained that while the job of being a foster parent can be difficult at times, which is no different than the challenges you have with your own children, knowing that you’ve been there for a child when they need you makes a lasting impact.

“You’ve just have to have a heartfelt calling and be determined that you are there to help that child when it needs help,” she said. “You just have to take that child and love and nurture them.”

She went on to say that through fostering, the couple has been able to better view the world around them by the children that have come into their home.

“It’s opened our eyes to what a lot of families live in and how they live, but it’s also made us want to help more from seeing that.”

The Browns believe that while fostering isn’t an ideal situation for anyone involved, it can, more often than not, be exactly what is needed.

“As bad as it may seem to a family to have their children taken into foster care, I think that we as foster parents can really be a support for that family,” Mrs. Brown said. “What we want is for the parents and children to reunited. We let them (the children) know that it may take weeks, it may take months, but that’s our goal.”

Even after children leave their home and the foster care system, Mrs. Brown says that they still have families that come to them for support, advice, and to just keep in touch.

When asked what their advice would be to people that are currently considering foster care, Mrs. Brown chuckled before saying that she believes a lot of families come into foster care thinking that the child coming into their home will be perfect.

“That’s not always true. We’re going to get children that have issues and challenges and we have to deal with them,” she explained. “Just being separated from their parents is enough. We have to be willing and able to help them through that.”

Mr. Brown’s advice was quite simple.

“If you have a lot of patience, a lot of love, and care about people, you’ll make a good foster parent.”

The driving force behind foster care in the state comes from the South Carolina Department of Social Services. This state agency provides a myriad of services, such as protective services for children and vulnerable adults, adoption, and foster care.

When a child is found to be a victim of neglect, abuse, or an emergency situation, SCDSS takes them into their care.

“We look around and if there’s a relative who has a safe home, who can care for the child, then that’s our first option. But if not, then we look for a foster home,” said Chrysti Shain, a public information officer for SCDSS.

When children are being placed into foster homes after coming into care, SCDSS looks first in the child’s own community.

“We try to keep children close to home so the child can still go to the same school, still be in the same class, because chances are that teacher and those classmates are probably the only stability in that child’s life,” Shain explained.

According to Shain, a lot of times keeping the child in the same area isn’t possible because of the lack of available foster families.

“We are always looking for families, especially in our larger counties, so that we can keep kids close to home. We’re really trying to educate people about the need close to home so kids can stay near their support network.”

When it comes to recruiting foster parents, SCDSS often finds itself running into a wall of negative labels surrounding the process. That makes prospective foster parents hesitant.

Jim Casserly, the foster care recruitment coordinator for SCDSS, believes that there are a lot of ‘myths’ about fostering that need to be ‘busted,’ such as the fact that you don’t have to be married or own your home.

“Will you be inconvenienced a little? Yeah, you will because you’re going to take this child to medical appointments, you’ll have to take this child to school as if they were one of your own,” Casserly said. “Having these children is literally no different than having your own biological children.”

Besides hesitation, SCDSS explained that one of the biggest reasons they’re constantly on the search for foster parents is actually a good thing.

“A lot of times when someone is a foster parent, they end up adopting the children they’re fostering. They can no longer be a foster parent because they don’t have any more room in their home,” Shain said. “Which is a happy ending for the children, but that means we still need more families to take in the new children who are coming into care.”

Step-by-step to become a foster parent

The steps to becoming a licensed foster parent are, contrary to popular belief, fairly easy.

According to Shain, the process takes between three to five months and includes an application, orientation with 14 hours of training, fire marshal inspections, a physical with your doctor and a background check.

The timeline of getting your license depends on how long it takes you to get your paperwork in order and how fast you can get any corrections on your home that are needed after the initial inspection.

For a complete step-by-step layout of the licensing process, take a look at the bottom right graphic provided from the SCDSS. 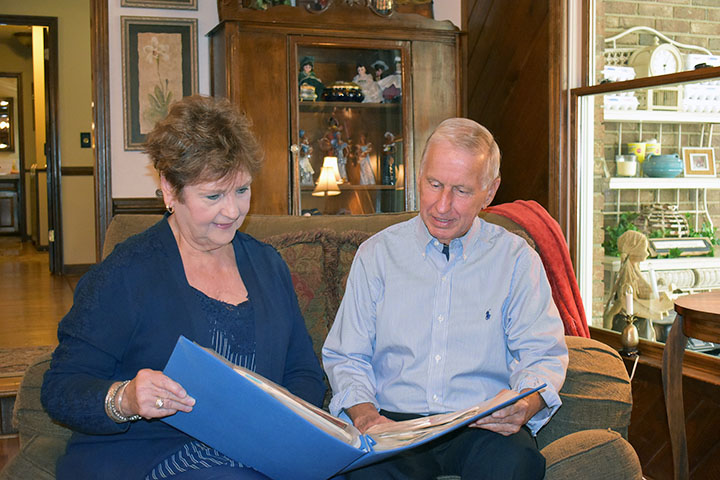 Carl and Mary Brown have spent the past 44 years fostering more than 200 children. Fostering has been such a huge part of their lives that they now run the S.C. Foster Parent Association out of their home, while also continuing to foster. 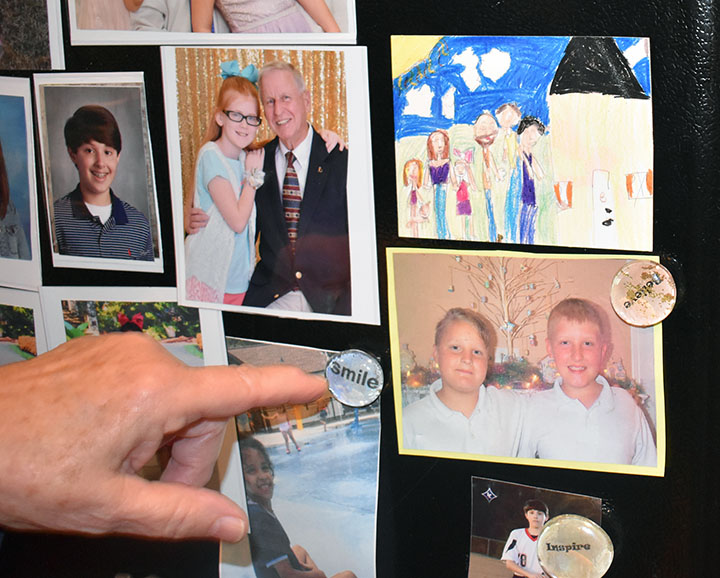 Mary Brown enjoys telling the individual stories behind each photo on her refrigerator. More often than not, the memories attached involve a child that they once fostered. 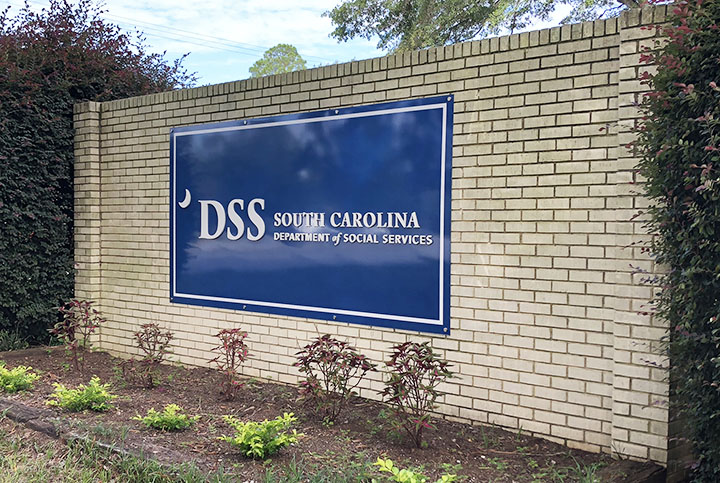 The South Carolina Department of Social Services continuously works towards the welfare of the state’s most vulnerable children. The ultimate goal of the agency is to reunite kids with their families after parent have overcome their personal struggles.