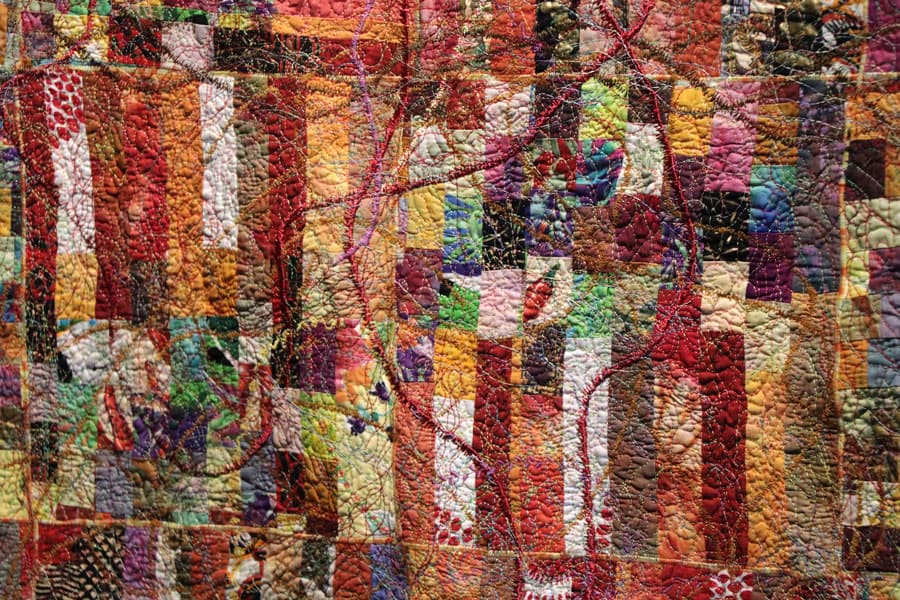 Patricia A. Montgomery’s unique style of decorative stitching is inspired by doodling, “I could make doodling any kind of shape, size, color, anything it wanted to be.”

Artist Patricia A. Montgomery said she was inspired by the quilting traditions of colonial African-Americans to tell stories of the black experience, stitching elaborate, textured pieces that feature memories of the past.

Montgomery is at the University of South Carolina this week as the second speaker in the three-part “Women in the Civil Rights Movement” series. Montgomery’s work compliments the McKissick Museum’s new “Piece by Piece” exhibit illustrating the evolution of the quilting tradition over the past 150 years.

The textile and installation artist will display her portfolio of quilted swing coats that celebrate and document African-American women who shaped civil rights struggles in the nation.

For her first quilt, Montgomery used authentic African fabrics and stitchwork to pay homage to the quilts used by her ancestors on the Underground Railroad.

Using her sewing machine, she stitched historical photos of African-Americans into the fabric, remembering the needle and thread tradition and those who carried it for over a century and a half, across generations.

“The ghostlike images honored my ancestors,” Montgomery said Monday in the first of two lectures. “The quilts and fabrics of Africa and batiks honored where we came from. The stitch throughout represented the journey we continue.”

Her quilt honoring the Scottsboro Boys, a group of nine African-American teenagers that were falsely accused of assault in 1931, prompted a shift in her art.

The quilt was displayed in an installation painted to look like a jail along with the names of young African-Americans that have been unjustly arrested or shot and killed by police officers.

The main focal point of the quilt is nine sets of multicolored overalls, each representing one of the young men falsely accused.

“This is the birth of me going into using more garments,” said Montgomery. “The birth before the step that takes me to the coats.”

The multicolored coats are characterized by Montgomery’s signature stitching and textures, as well as historical photographs and drawings depicting the heroines of the Civil Rights Era.

Montgomery said she is particularly proud of her coats and described the design and creation process of turning her dream into reality.

“They took on a life of their own and they were very important to me, mainly because of the research I was doing,” Montgomery said. “I was learning a great deal from it, and I also got to experiment with fabrics that I would never use, or never dreamt I would use. Those are the things I’m really proud of.”

The coats have become a defining part of Montgomery’s portfolio, and she is often affectionately recognized as the “Coat Lady” in the quilting community.

The collection has been featured in cities across the United States, including San Francisco, C.A.; San Jose, C.A.; Houston, T.X.; and now, Columbia, S.C.

Four of Montgomery’s coats will be on display during her second lecture, “Talk by Ms. Montgomery,” on Tues. Nov. 12 at 6 p.m. at the McKissick Museum. To find out more, go to http://civilrights.sc.edu/events/. 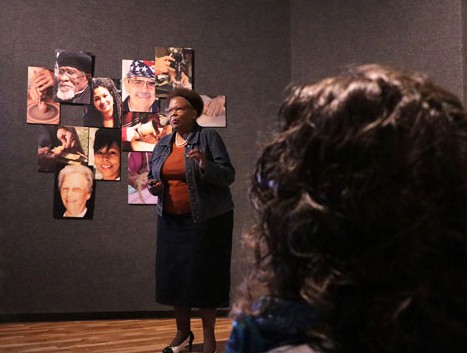 Patricia A. Montgomery will be continuing her “Talks by Ms. Montgomery” on Tuesday, Nov. 12 at 6 p.m. in the UofSC’s McKissick Museum. Her presentation is part of the series on Women in the Civil Rights Movement put on by the Civil Rights History and Research group. 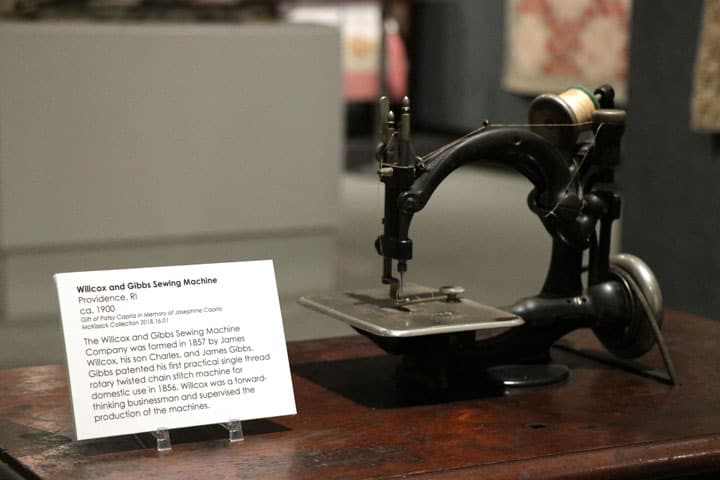 Along with the several quilts on display in the McKissick Museum is a Willcox and Gibbs sewing machine from the 1900s. Montgomery speaks fondly of purchasing her first sewing machine, saying it was like “Christmas for a month.” 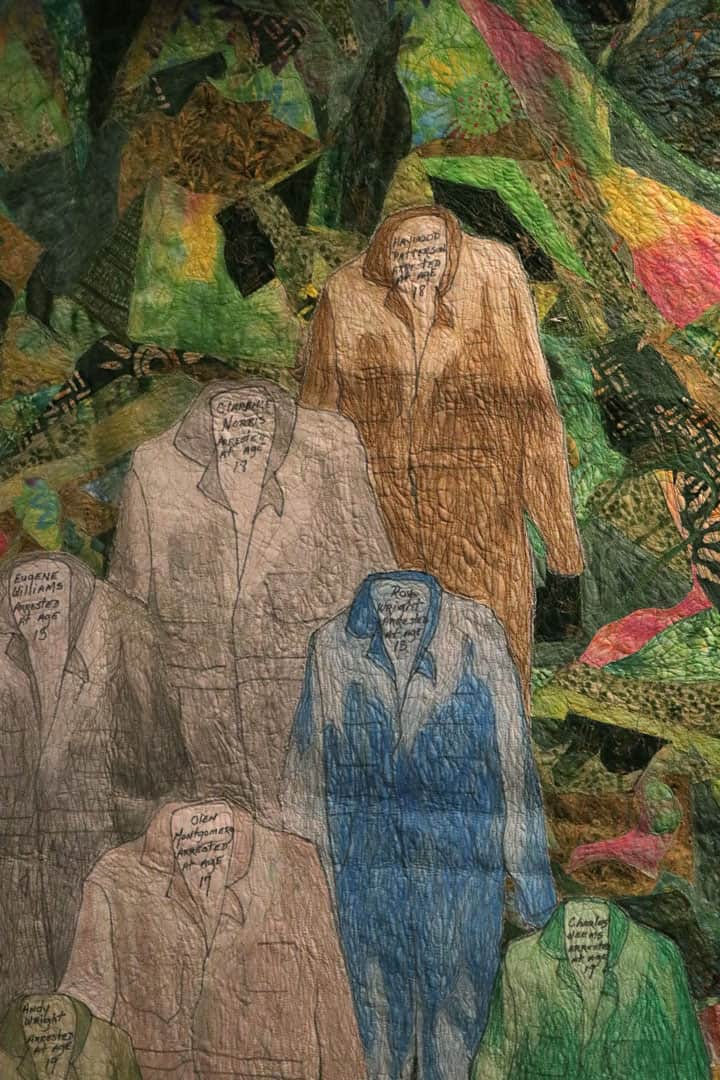 Montgomery’s quilt, based off of a black and white photo of the Scottsboro Boys, tells the story of the nine African-American teenagers falsely accused of raping two white women on a train in 1931. 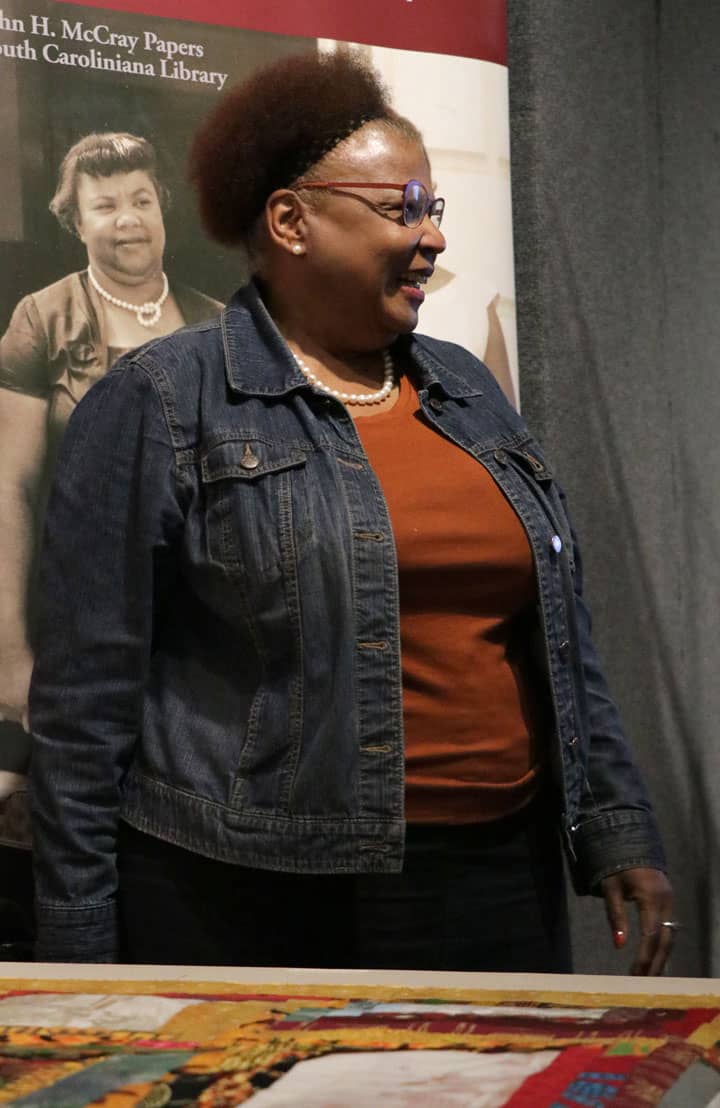 Montgomery laughs while greeting the fans of her work, many attributed her to being an inspiration for their own quilting.