Artists led the Vista’s resurgence, but worry about its future development 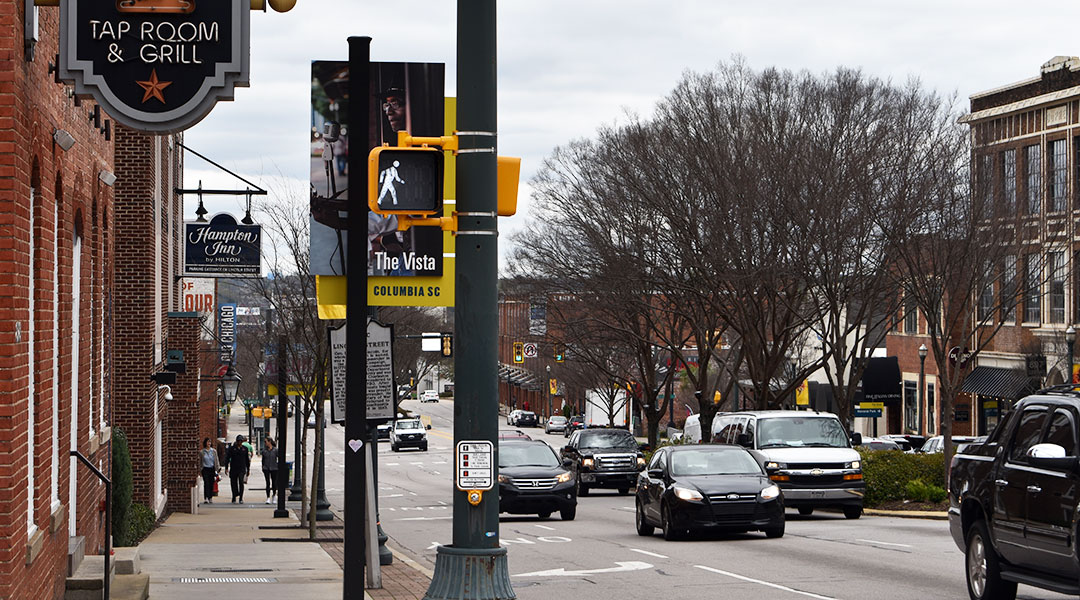 Since its revitalization in the late 90s, the Vista has become a center for economic and cultural activity among locals and tourists in Columbia. Photos by Carson Peaden.

The Congaree Vista, a hub for the arts in downtown Columbia, was recently recognized again as a cultural district by the South Carolina Arts Commission. But local artists say they are worried that arts and culture are being squeezed out to make way for more restaurants and bars.

Before the Vista gained its name and reputation as a thriving southern arts scene, it was an industrial district that included a flourishing textile mill and the rumble of trains loaded with goods and people, according to Historic Columbia.

Urban renewal projects in the mid 19th century pushed out a majority of the Black community known as Ward One, which was located between current day Pickens, Gervais, Heyward and Huger Streets. The displacement of Ward One stripped away the history and culture of Black families and businesses as the University of South Carolina expanded west toward the Congaree River.

By the late 1980s, the Vista had a reputation as “one of the worst urban environments in the nation,” according to National Geographic magazine.

“The Vista back then was like the wrong side of the tracks,” said Clark Ellefson, who opened Lewis + Clark Appliance Art more than 40 years ago. “It was old, abandoned warehouses, very rough neighborhood, and the space was cheap.”

Ellefson compared it to SoHo in New York City, a neighborhood where artists moved in waves in the 70s because of its low rents and their desire to live with a haven of like-minded people.

“It’s often the case in areas where artists go into a district, it’s abandoned,” Ellefson said. “And then they refresh it, renew it with their creative energy and then all of a sudden, people [are] putting money into it and fixing up the buildings… and then the artists have to leave.”

In the late 1990s and early 2000s, the area was revitalized with the introduction of art galleries, local shops and restaurants, paving the way for its modern-day look. Yet rising rent prices have placed a strain on some of the art venues.

“It becomes increasingly unaffordable for arts venues to remain,” said Wim Roefs, owner of If ART Gallery. “One of the big changes has been the number of art places in the core of the Vista. That’s gone down.”

Roefs started renting a space in Vista Studios in 2005, which used to be “the core hub of the art scene” in Columbia, he said. He eventually bought his own space in 2013 and created If Art Gallery, located in the heart of the Vista across from the old railroad station.

Roefs wished there existed more retail so people would shop and walk throughout the district.

“I think we have enough bars and restaurants here,” he said. “I don’t think anybody’s going to go hungry.”

While the Vista has brought in more chain restaurants and late-night bars, it has also increased the number of people visiting. In 2015, it officially became a cultural district, currently one of nine throughout the state.

“It’s fantastic for us being not only just a South Carolina cultural district, but also being the only one in the area,” said Abby Anderson, executive director at the Vista Guild, a non-profit, membership-based organization charged with overseeing the area. “I think we kind of have something for everybody.”

Tom Lockart, owner of One Eared Cow Glass, believes the location of his shop on Huger Street has contributed to its success.

“Being down in the Vista, with the school, with the ability for people to come from all over… it’s been huge,” said Lockart. “I couldn’t have done it anywhere else like this.”

The hand-blown glass gallery was created by graduates from the University of South Carolina in the early 1990s and has had three different locations in the district before settling on Huger Street.

Lockart is appreciative of how foot and auto traffic in the Vista has grown his business but thinks the area could do with “more heart and more quality” of the shops already there.

“We don’t need the big retailers that you can get somewhere else,” Lockart said. “We need more places like this, that is unusual, but has a longevity to it, that people are proud of. Locals can call it something that nobody else has to that degree, things like that.” 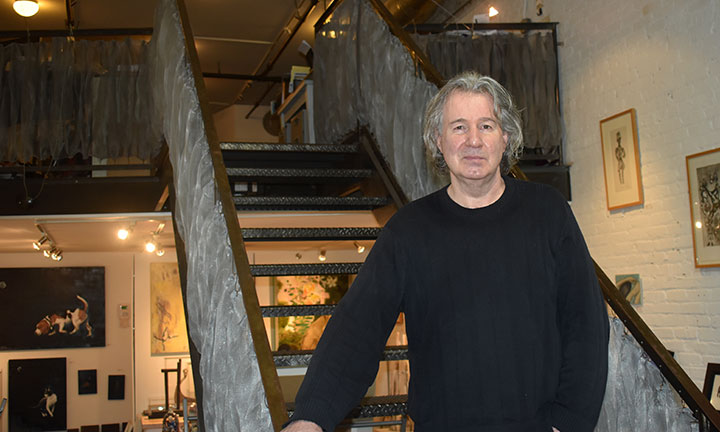 Wim Roefs, owner of If ART gallery, said there are “enough restaurants and bars” but a dwindling number of local shops and art galleries. 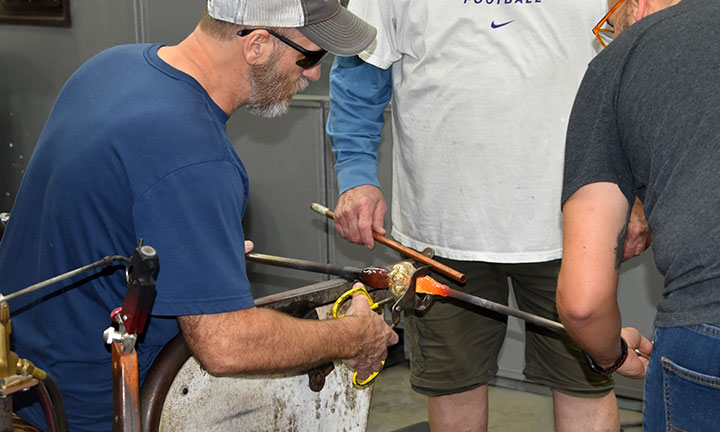 One Eared Cow Glass was opened in the early 90s by University of South Carolina graduate Tom Lockart. He said he couldn’t have opened the hand-blown glass gallery “anywhere else.” 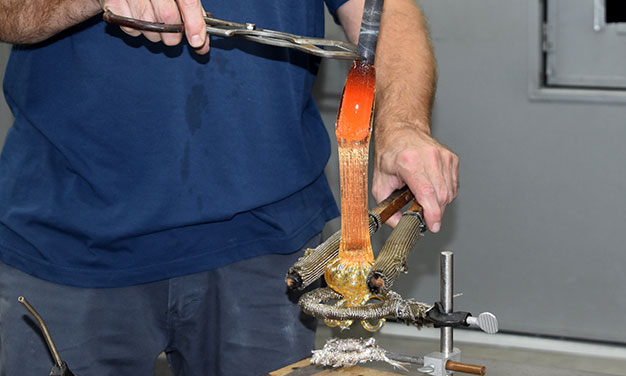 Tom Lockart and his coworkers are currently working on a commissioned, hand-blown glass chandelier.

Public art is integral to the Vista, such as the robot sculpture located near Stormwater Studios, Lewis + Clark Appliance Art, and One Eared Cow Glass.