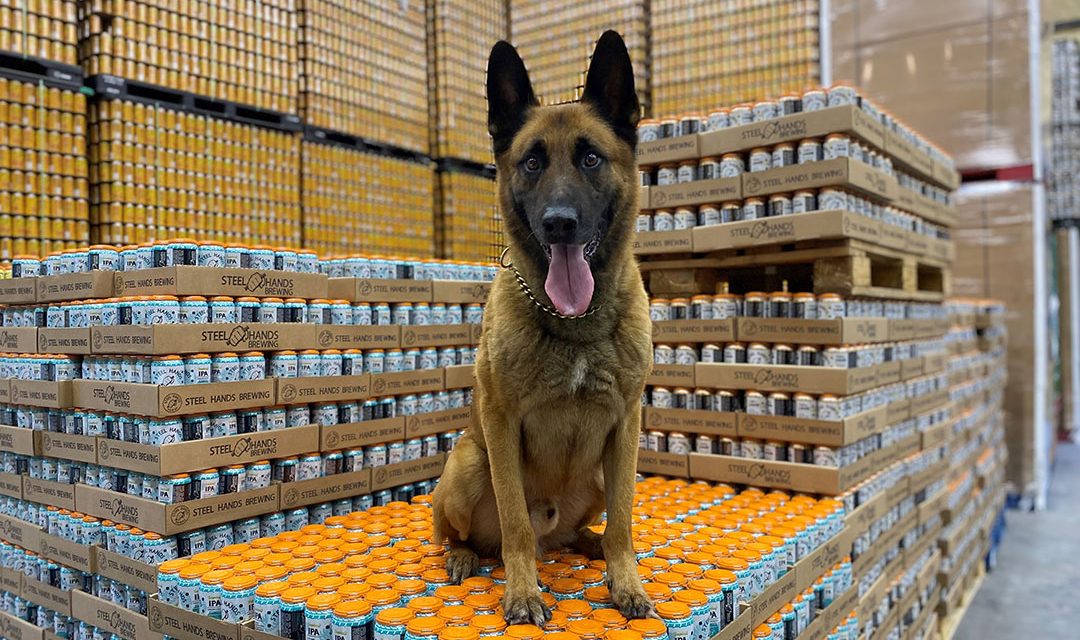 Steel Hands Brewing is sending “paws-itive” vibes into South Carolina this year, starting with a new beer release and kickoff event in April to benefit dogs across the midlands.

The first of four parts in the brewery’s newest charitable initiative, “Steel Paws,” begins April 30 at its location in Cayce. The event, which will include live music, dog demonstrations and beer, will be the first step in the launch of a new fundraising project by the brewery for dogs across the state, company officials said. This first mission will focus on public safety in partnership with police K-9 units.

“We wanted to bring awareness,” said Ashley Lambert, marketing director of Steel Hands Brewing. “We’re really excited to have this opportunity to partner with our community.”

Following the April benefit, Steel Paws will unveil a new can design for a wheat ale each quarter throughout the next year, benefiting four different dog-centered missions.

“A big part of our mission is to give back to the community,” Lambert said.

The company has been working to find opportunities to be more involved with the community and its safety for the last few months. At the same time, the Cayce Police Department under its new police chief, Chris Cowan, was looking for community partnerships that didn’t cost a lot of money.

“We’ve created a new structure, new mission, new vision, new direction for policing. Our focus is really trying to expand our services, and one of the ways to do that is to find non-traditional partnerships where we can go out and not negatively impact taxpayers,” said Cowan, who became chief in October.

The partnership seemed like a no-brainer for both parties.

“[Steel Hands] was wanting to be more active with the city, the community and safety. So we talked about several opportunities and I discussed with them some of the things we need,” Cowan said.

The police department told Steel Hands that one of its K-9 dogs, Rocco, a German shepherd, was set to retire this year and needed to be replaced.

“It takes a lot of money to deploy a dog,” said Cowan. “The dogs go home with their handler, so they have to be taken care of at home too. That means dog food, vet bills, maintenance training, leashes, bowls, kennels, it’s a whole host of things…it’s about $25,000 for one canine, not even including the car and kennels and everything.”

The Cayce department has five police dogs right now, but with Rocco’s retirement approaching, the department is looking toward the future expansion of their K-9 unit. Because of these expenses, the department is urging the community to get involved in the partnership with Steel Hands.

There will also be silent auctions and items for sales such as dog bandanas and stuffed animal replicas of current police dogs. Community members can also sponsor a K-9 unit dog, ballistics vest or other items for the dogs at department.

“This isn’t just about beer drinking. It’s about partnerships and relationships, and providing service” said Cowan. “It’s about education and awareness. It’s about people being involved. This really gives people the ability to learn about the community and about public service.” 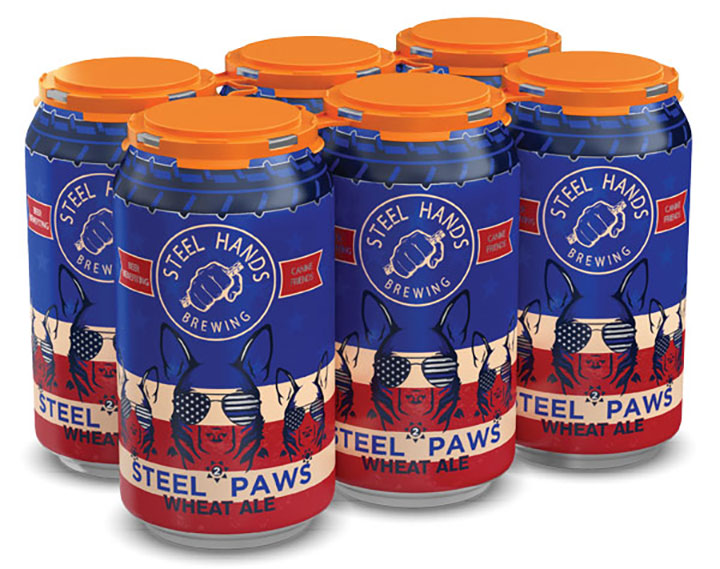 The first new brew Steel Paws announced includes this new can design for a wheat ale, which will be released in April to support Public Safety canine programs. 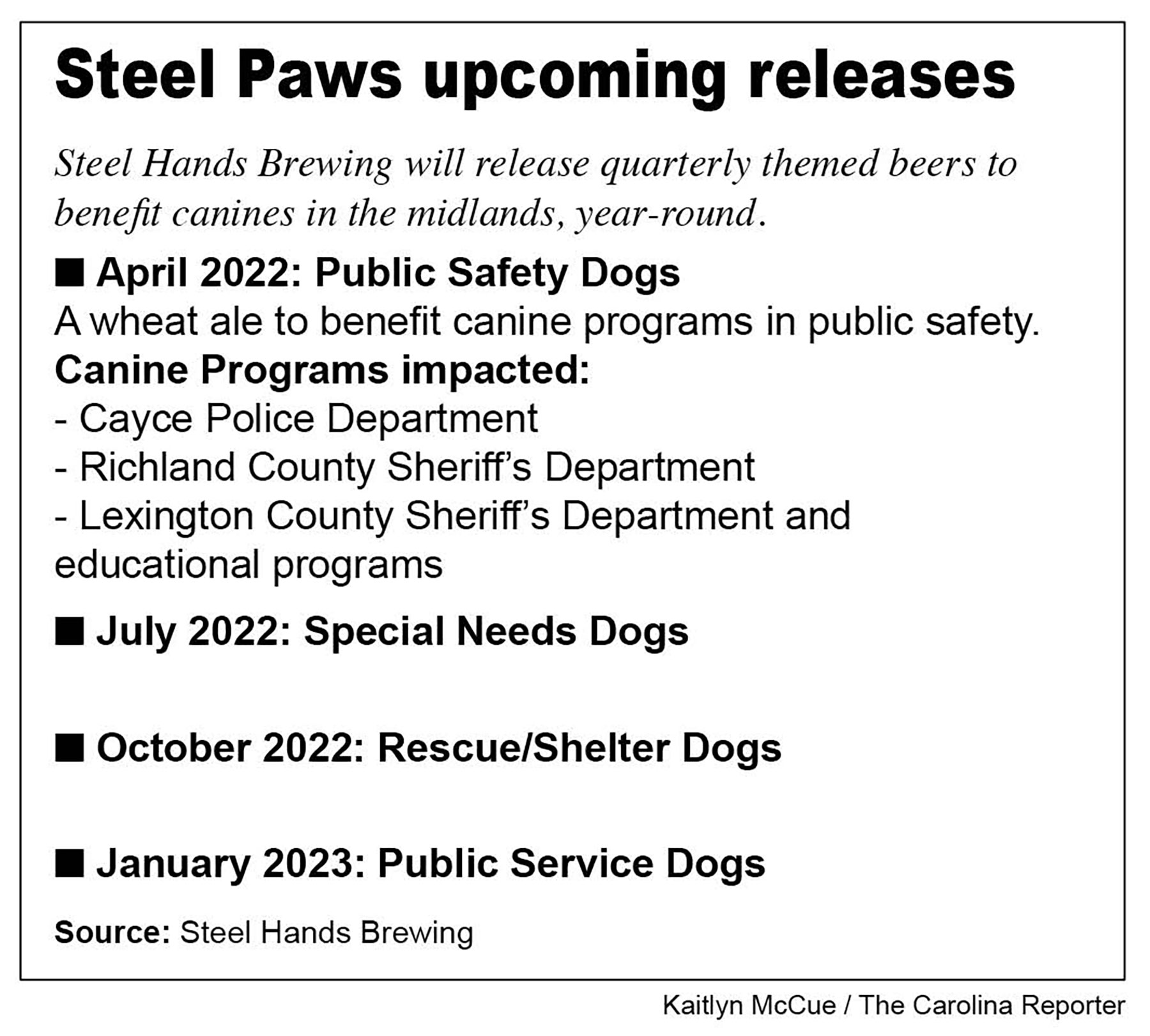