As Benjamin exits, his hope for Columbia continues to grow 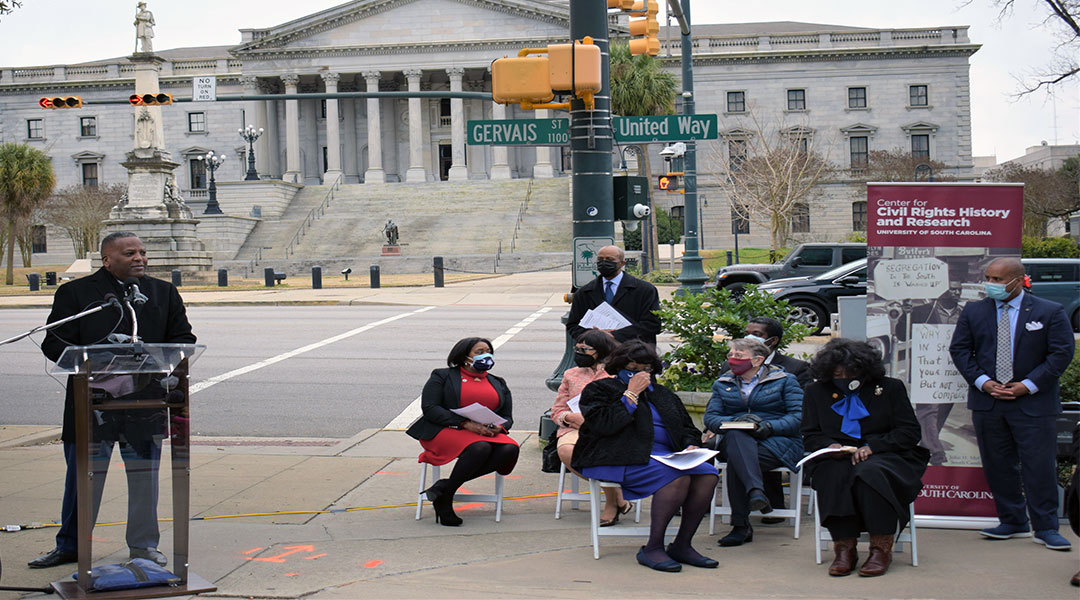 Since his election in 2010, outgoing Columbia Mayor Steve Benjamin has been a frequent visitor to Main Street, an area he helped revive throughout his tenure. Photos courtesy: Skot Garrick, City of Columbia.

From protesting as a political science student at the University of South Carolina to becoming the first African-American Mayor elected in the city’s history, Columbia Mayor Steve Benjamin said he has tried to shape the political arena around him.

As he prepares to leave office after three terms, Benjamin said he hopes he has helped transform Columbia into a city that could set an example for the American South.

“[My college education] taught me at a very young age, to work with different people, different backgrounds, different opinions,” Benjamin said in an interview last week. “And it certainly helped prepare me for what I hope would be a meaningful life of public service.”

Born and raised in New York City, Benjamin came from a very close family with roots in South Carolina whose members helped shaped his interaction with the world around him. He believes this helped him prepare to represent a city that has a racial history as complex as Columbia’s.

“I’ve been incredibly fortunate to to have the opportunity to do all the things I’m able to do in life because of not just two wonderful parents, but a whole lot of people I’ve never ever met, who lay down their lives to give me the opportunity that I’ve had as an African-American man in this great country,” Benjamin said.

The mayor, who chose not to seek re-election, will step off the stage as the rest of the country continues to endure racial tension and economic hardship. He was witness to that tension at an early age when he was being bussed to school in the Howard Beach neighborhood of New York City, a neighborhood known for racial strife.

“My dad didn’t really ever have to have ‘the talk’ with me, he was very clear as to what his expectations of me were. I was always dialed into not wanting to disappoint him,” Benjamin said. “I found myself staying out of trouble a lot better than some of my friends did.”

Benjamin said he was prepared for the challenges of the leading the public sector from growing up in this environment and then attending UofSC, where he was a student body president and graduate of the School of Law.

This motivated Benjamin to push the city hard when he assumed the role as mayor, stating that his life prior had been primarily defined by a sense of urgency. Benjamin said he took many “big steps” to thrust Columbia into the national conversation, sometimes drawing criticism from locals who believed there were other issues, such as high property taxes, that should be addressed sooner.

In 2017, Columbia became the first city in the U.S. to ban bump stock attachments on semi-automatic rifles following the Las Vegas shooting that left 61 dead. Benjamin’s opinion on gun control stems from his last fist fight in high school with “Big Mike,” a method he believes is being used less and less to settle differences.

“Big Mike got the better of me. I told him the fight was over and he reached down and pulled me up and the fight was over,” Benjamin said. “Now with easy access to firearms, that fight may never happen. People shoot first and ask questions later.”

In the wake of efforts by Georgia and Texas to enact restrictions on voting, Benjamin pushed back on comments made by U.S. Sen. Lindsay Graham and S.C. Gov. Henry McMaster, both of whom oppose federal voting rights legislation backed by the Biden administration.

“Hopefully our business leaders will have the strength of character to stand up and do the right thing as well. And if they don’t, hopefully those who seek to make sure that every citizen has access to the full franchise of American citizenship will then hold everyone accountable,” Benjamin said.

He believes some of his most notable achievements are rooted in the revitalization of Main Street and the Bull Street development that seeks to establish a new business district in a previously untouched area, drawing criticism from taxpayers for its long payoff that is not guaranteed.

“Sometimes you have to slow down, take a breath and make sure that as you lead, people are following you and that they can keep up with you,” Benjamin said.

Benjamin’s active role in the city’s economics is inspired by his two daughters, who were young children when he assumed office and are now teenagers. He recalled the city not being able to close its books in the years prior to his election and making him want to prove that he could handle the citizen’s business.

“I wanted Columbia to live up to its potential and wanted to play a role in helping build a city that when Bethany, our oldest [daughter], had the choice of where to live, she’d choose to live here,” Benjamin said.

His deepest regret? Not doing more regarding the workforce and affordable housing, which he says will get attention during his final months as Mayor.

“This widening income gap and wealth gap that we have in this country have shown real difficulty in income volatility and wealth creation with young people, younger families and hard working folks being able to invest in the American dream,” Benjamin said.

Benjamin determined he would not seek a fourth term as mayor to spend more time with his family, something he said was a silver lining of the COVID-19 pandemic.

Benjamin also wants to do business and practice law as a private citizen. He plans on staying involved in a number of public policy issues, particularly voter registration, voter engagement, redistricting and reapportionment.

As for the next Mayor, Benjamin hopes they will commit to both the spirit of innovation and inclusion. He also hopes that will be included in his own legacy, as he showcased a brand of leadership that sought to transform Columbia.

“We’re stronger when we’re truly together, we’re greater than the sum total of our parts,” Benjamin said. “In this incredibly vicious, mean and intolerant political culture in which we’re living in right now, I think that is probably more important than anything else we can do.” 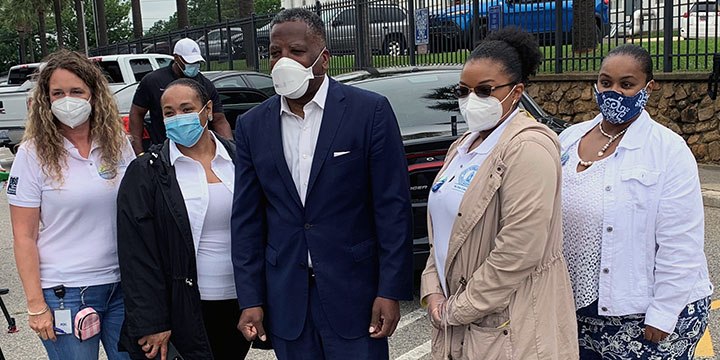 Amidst the COVID-19 pandemic, Benjamin advocated for the city of Columbia to enforce mask mandates and social distancing guidelines, going against the language being put out at the state government level. 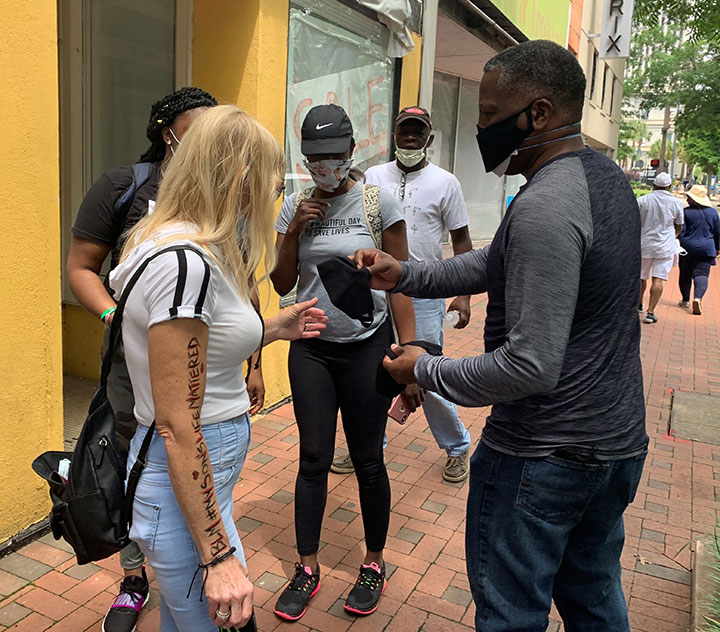 Benjamin plans to focus the next part of his life on his family and businesses but wants to continue to be a visible member in the Columbia community. 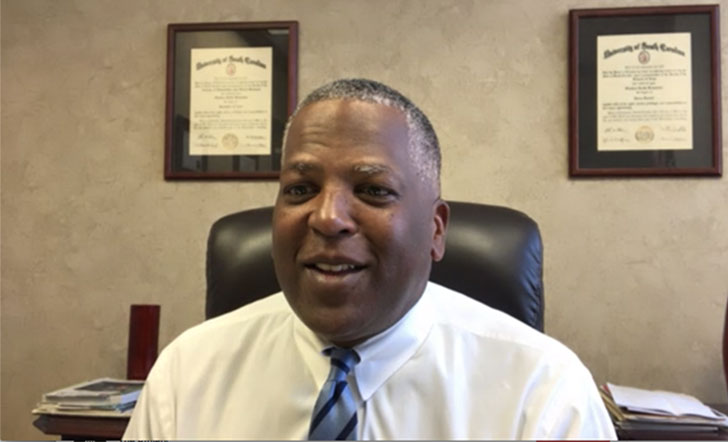 Benjamin has not endorsed any candidate, but hopes that the next mayor of Columbia will make unifying the citizens of Columbia a top priority. 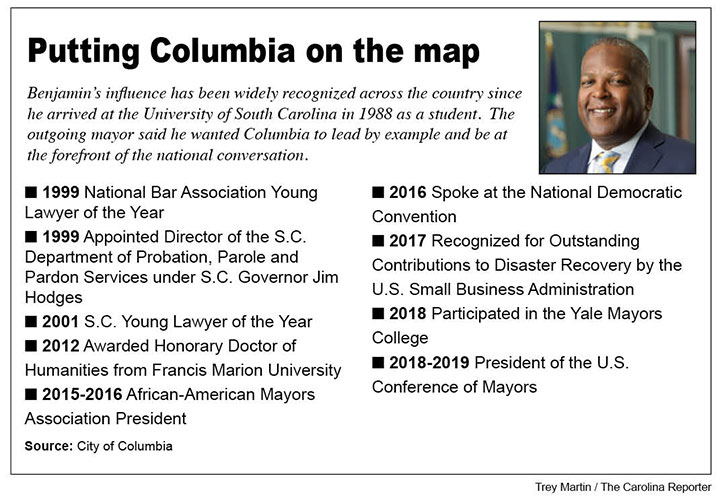