As pandemic diminishes, what about the kids? 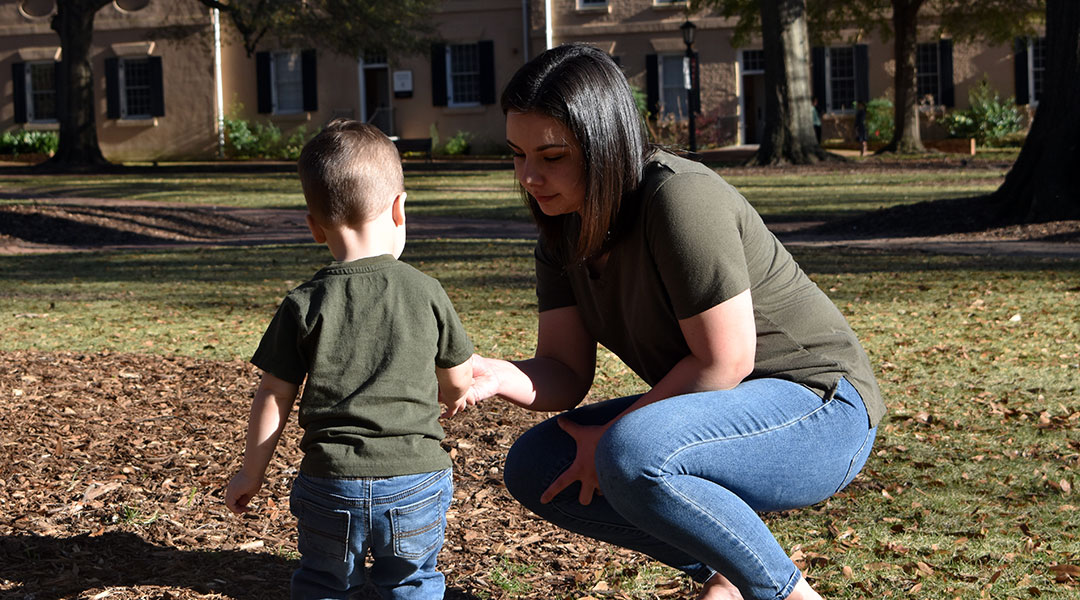 While Morgan Wangsness experienced anxieties about her son Colton getting COVID-19 at the height of the pandemic, she also thought it was important he interact with others. Photos by Carson Peaden.

Morgan Wangsness gave birth to her son Colton in April 2020 at the height of the COVID-19 pandemic. Only her husband Trevor could be present for the delivery.

When she was being discharged from the hospital, a nurse threw a blanket over her baby, escorted her through the halls, and told her to “not touch anything” and “go straight home.”

Wangsness, 23, of Lexington, said she was “so scared,” particularly about having her family visit her newborn. Before they came over, she made them take precautions, such as quarantining for two weeks and not stopping during their trip to limit contact with others.

Now the pandemic appears to be receding, and while Wangsness still takes some precautions, her family is trying to adjust to the new normal as they now chase a rambunctious almost 2-year-old.

“I don’t want him to be fearful of this world,” Wangsness said of her toddler. “I just don’t want to put that fear on him right now when it’s the time when he really discovers who he is the most right now.”

Still, she remembers those fearful early days. When they arrived at home with the new baby, she took a shower and made her husband do the same.  Later she realized it “probably wasn’t logical,” considering scientists now know the virus transmission is airborne, but she was trying to ensure the safety of her baby.

Pregnancy can be a challenging process to navigate for expecting parents. And a global pandemic only adds to those anxieties, especially since children under the age of five are still unable to get vaccinated against COVID-19. Parents with young children faced a difficult decision during the pandemic — should they have isolated their kids to prevent them from contracting the virus? Or should they have interacted with others in order to foster their social development?

“The biggest thing was that he did interact with other children,” Wangsness said. She and her husband put their son into daycare at the end of 2020. “I didn’t want him to be antisocial or scared or just behind in general. I wanted him to see how other kids act.”

When they first took their son to daycare, he was “in awe” of other children his age.

“And it took a couple months for him to honestly get used to that and to realize that you can play with children,” Wangsness said.

Research shows the importance of socialization in early childhood and how isolation can impact their mental health.

Sayward Harrison, a University of South professor with a Ph.D. in health psychology, said that children’s loneliness increases during times of social isolation, based on research from previous pandemics and natural disasters. As a result, it can affect feelings of anxiety and depression.

Their emotions often display themselves through their behavior. Increased tantrum throwing, irritability and losing interest in things they used to enjoy are all indications of depression in children, and Harrison stressed the importance of screening and early treatment.

Children are often sensitive to any disruption of regular routine. Plus, parents’ stress during the pandemic can have an effect on their anxiety.

“Even if it’s just a period of increased stress, things that parents are navigating – of course, that’s going to trickle down to the kids,” said Megan Munson, a licensed professional counselor in Florence.

Jordan Hilyer, a 21-year-old Columbia resident, also made an effort to have her daughter Emerson interact with other babies at least once a week once she deemed it a little safer. She plans to get her 16-month-old daughter vaccinated once the FDA approves it.

In a press release published on Feb. 11, the FDA announced that it needed “more time to evaluate additional data” before authorizing a vaccine for kids under the age of five. This means that it could be mid-April before one is approved.

“I think that if they’ve pushed it back…they’re trying to be more safe and more cautious as to what the vaccine would do to younger children,” Hilyer said.

Luckily, some infants can receive some protection through breastfeeding if their mothers were vaccinated during pregnancy. Through these antibodies in breast milk, mothers can “pass some of that immune response onto their infants,” Harrison said.

“We’ve got ways for our youngest ones right now to get some protection against COVID-19 and then ways for our school aged kids to get protected,” Harrison said. “But it really is this kind of 2-5-year-old range right now that we are just waiting and really desperate to get a vaccine approved.” 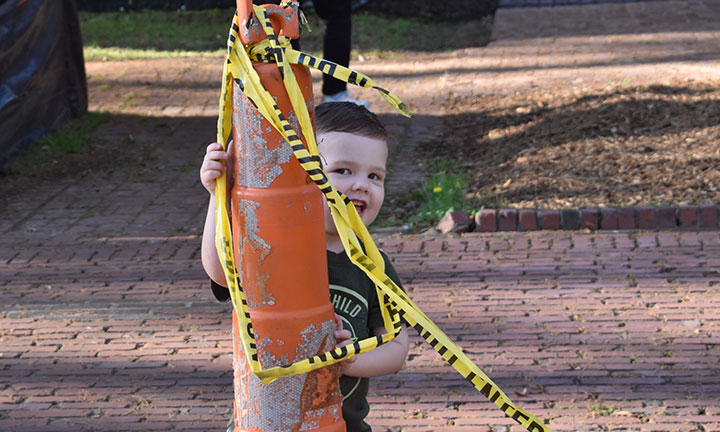 When Wangsness and her husband Trevor first took their son to daycare, she said he was “in awe” of the other children. She said it took him a while to get used to playing with kids his age. 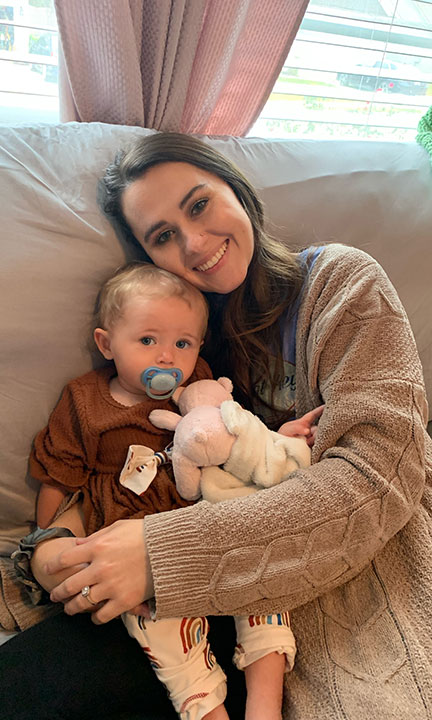 Jordan Hilyer, a 21-year-old Columbia resident, plans to get her daughter Emerson vaccinated once it’s been approved by the FDA. Photo provided by Jordan Hilyer.