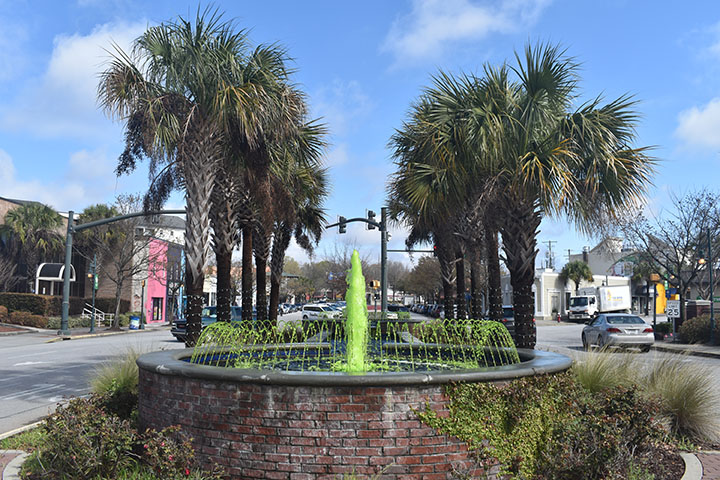 Thousands are expected to descend on Five Points Saturday for the annual St. Pat’s in Five Points festival to celebrate St. Patrick’s Day. The fountain in Five Points was dyed green this week. Photos by Katherine Kettell

After two years cooped up inside on Saint Patrick’s Day, Columbia residents and tourists on Saturday will once more stroll around Five Points to sip green beer and listen to music at the annual St. Pat’s in Five Points festival.

Five Points Association manager Katy Renfroe confirmed with the Post and Courier that she believes COVID-19 concerns are a thing of the past.

St. Pat’s in Five Points was established in 1983 to bring more attention and customers to the local businesses populating the district and raise money for local charities.

The festival, which is headlined by the bands Blues Travelers and Surfaces, brings in an estimated $7 million annually, but the amount of funds earned is not the only impressive statistic.

The festival also brings in approximately 45,000 people from around South Carolina and surrounding states.

One of the main attractions for festival goers is the lineup of live music, playing at five different stages spread across the district.

Little Bird, an indie band from Charleston, has played at the festival four previous years. The energy the city brings keeps them coming back, band members said.

“Our experiences at the festival have always been memorable,” said James Hurrt, lead vocalist. “Columbia doesn’t hold back, it’s like Vietnam down there.”

He said he’ll be scouting other band when he’s not playing.

“With festivals like this it’s funny because you’re a fan when you aren’t playing,” said Hurrt. “We are definitely catching Surfaces.”

Surfaces, one of the headliners for the event, has amassed over 730 million streams on Spotify since December 2021. Along with nationally popular bands, some local music artists have also joined the lineup, such as Fat Rat da Czar and DJ Prince Ice.

While festival goers enjoy the live music, they can also wander through Five Points restaurants, including some who are setting up for outside dining.

Jack Brown’s Beer and Burger Joint is one of these options, and according to regional manager Scott Krezmer, they’ll be going all out.

This restaurant has only been open for one month, but Krezmer said the restaurant staff has been gearing up for their first experience with St. Pat’s in Five Points.

“It’s our first one so we are going to control it as much as possible,” Krezmer said. “There’s not one person that I’ve met since we got here that hasn’t brought up how busy the festival gets.”

For those hoping to attend, tickets can be purchased here for $20. They can also be purchased for $25 at the event. 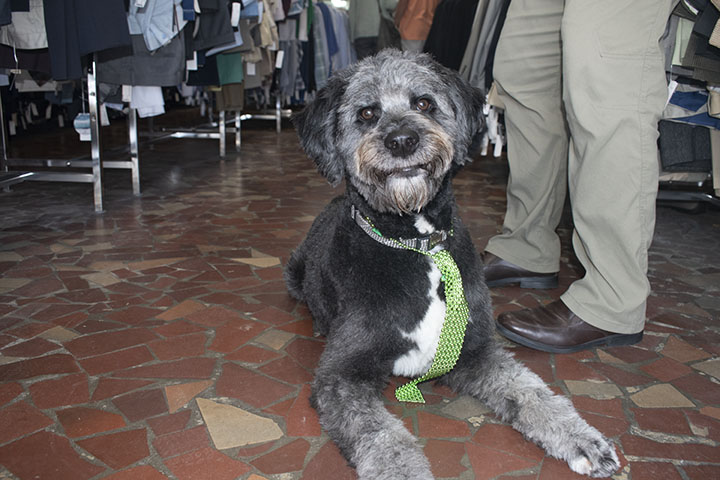 The employees of Gentlemen’s Closet dressed up their store dog, Quigley, in a green tie for the holiday. 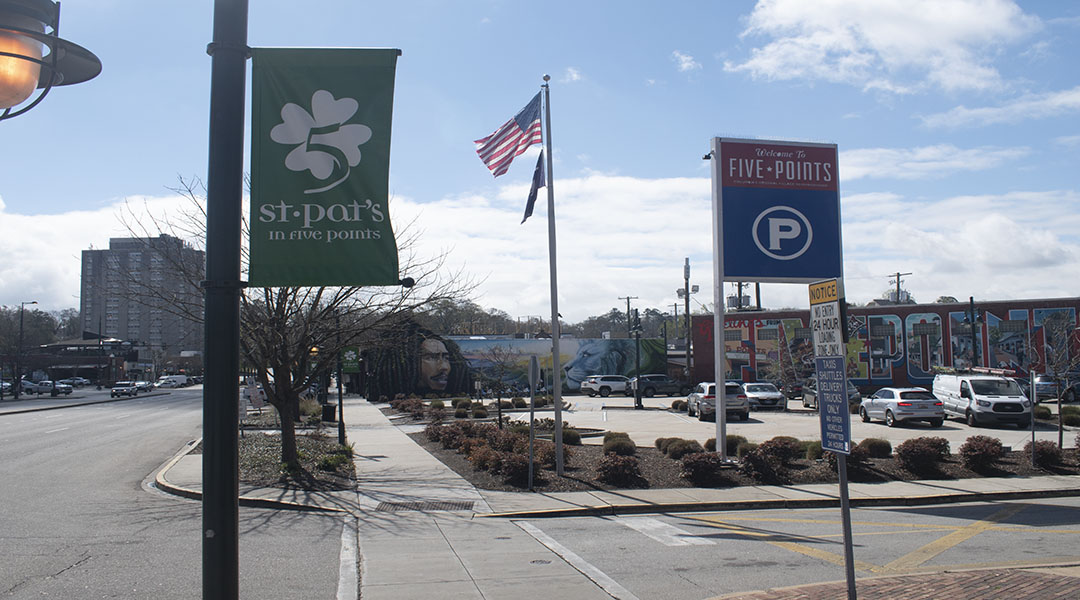 Five Points will come alive this Saturday for the annual St. Pat’s in Five Points festival. The festival kicks off at 7:30 a.m. with a 5K road race. 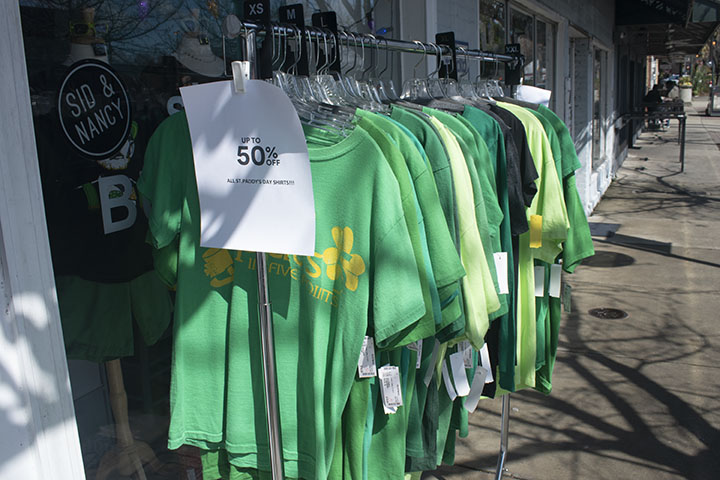 Syd & Nancy’s in Five Points  has been running sales on St. Pat’s apparel all week.