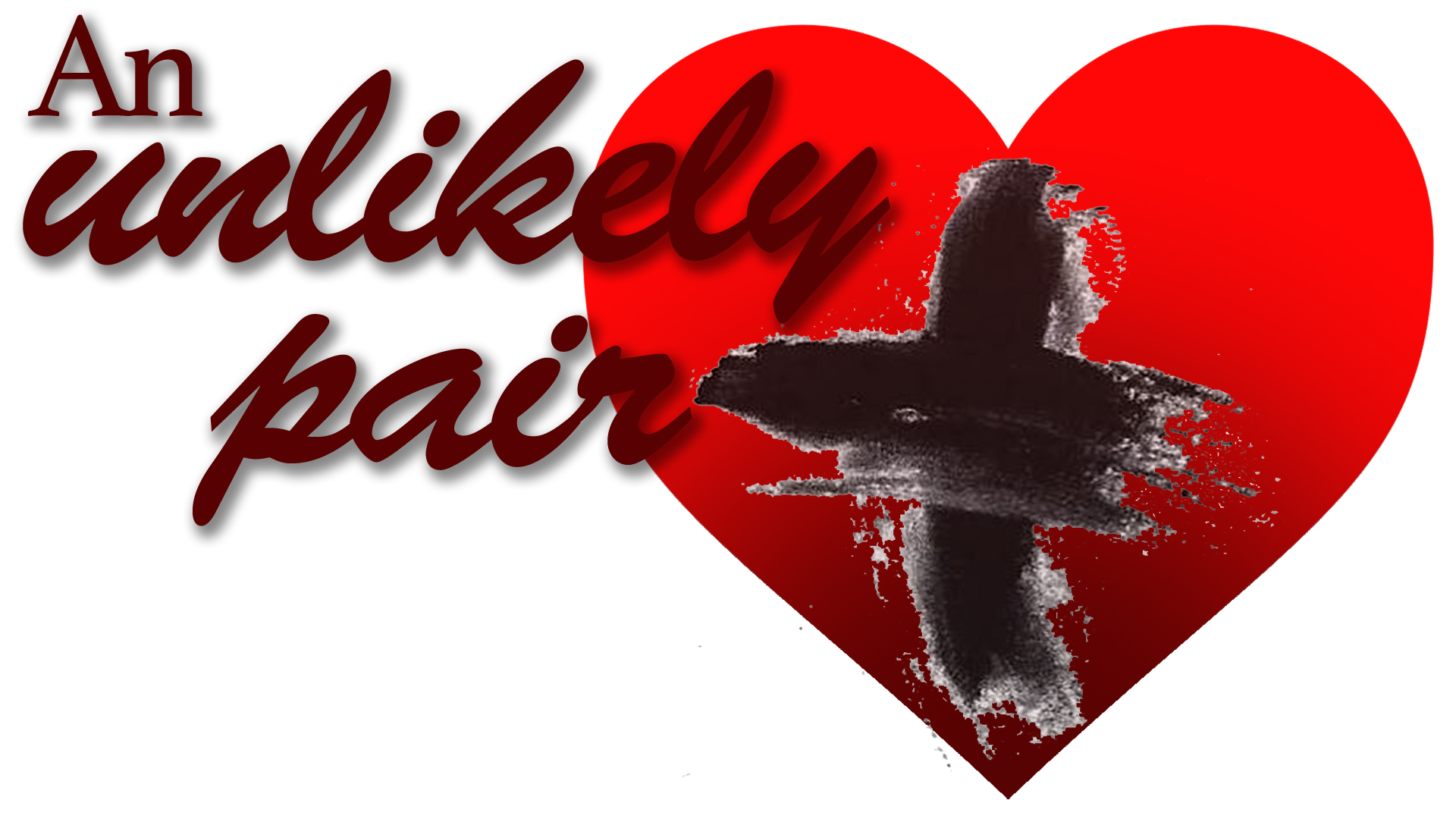 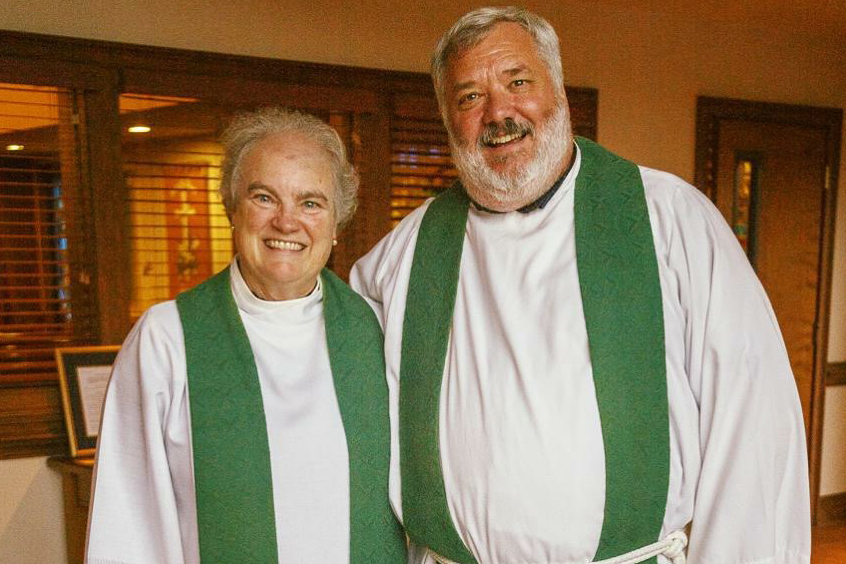 Both Lutheran pastors, Frank and Mary W. Anderson have been married for almost 40 years. 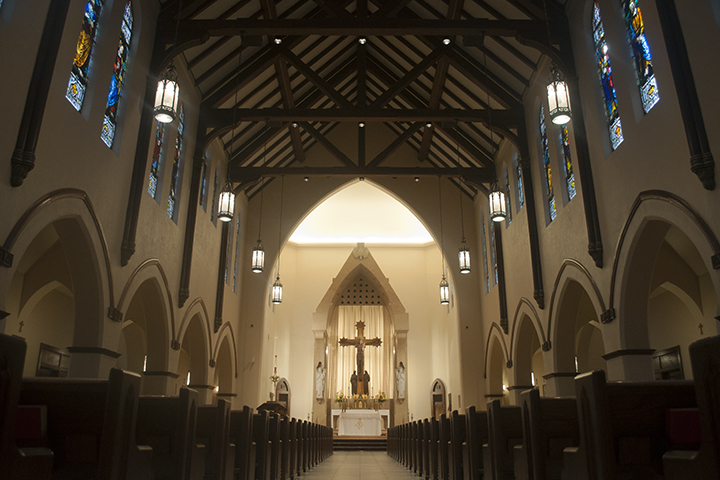 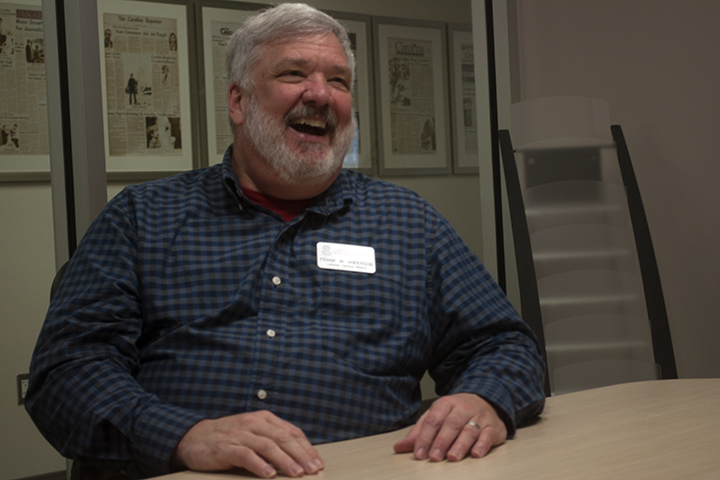 Pastor Frank W. Anderson works with the University of South Carolina campus Lutheran ministry and part-time with a congregation. 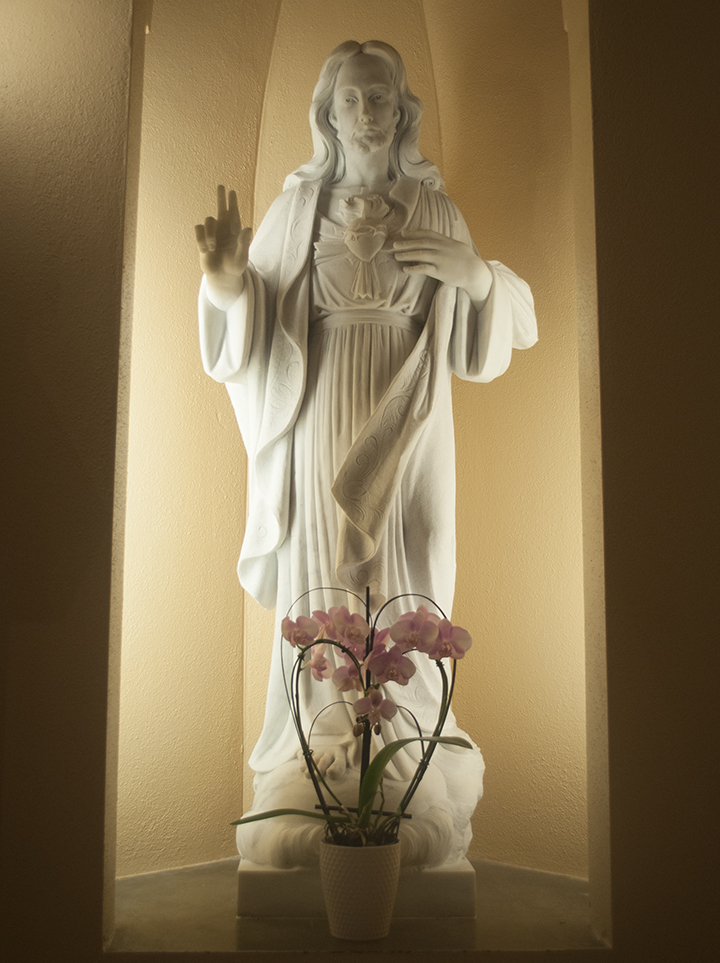 In St. Joseph’s, figures of Jesus like this one incorporate imagery of love. Many Columbians will be celebrating both the secular Valentine’s Day and Ash Wednesday this Feb. 14.

Forty-three years ago on Valentine’s Day, they went on their first date. This year, four days before Feb. 14, he gave her a brand new pair of diamond earrings. The Revs. Frank W. and Mary W. Anderson chose to celebrate on the Saturday before for an unusual reason — both of them are Lutheran pastors.

With Valentine’s Day falling on the same day as Ash Wednesday this year for the first time since 1945, religious couples around South Carolina are making special accommodations. The Andersons will barely see each other on Wednesday. They’ll be leading services at separate churches.

The special demands of the dual holiday can go beyond physical separation. Some Christians practice fasting and abstinence on Ash Wednesday, throwing a wrench into the typical Valentine’s dinner plans. Ash Wednesday begins the 40-day season of Lent in the Christian calendar, which focuses on piety and contemplation about the life and death of Jesus.

The Catholic Church doesn’t include Saint Valentine in the Vatican-issued calendar, although many churches still celebrate a Valentine’s feast.

But feasts can be moved around to accommodate more important holidays, such as the beginning of Lent. Harris suggested that Catholics celebrate Valentine’s Day on Tuesday — Mardi Gras — or Thursday.

For Lutherans and other Protestants, there’s nothing wrong with a Valentine’s dinner after an Ash Wednesday service, said Frank W. Anderson, who leads the University of South Carolina campus ministry. He suggested going for a simpler meal, though.

“In some ways, there’s kind of a connection that we are celebrating simplicity in Ash Wednesday, and I think in some ways, Valentine’s Day is celebrating the simple act of being in a relationship,” he said.

The Bible says that “God is love.” And yet there’s a stereotype that religious people are against relationships or romantic activity. Anderson says that simply isn’t true. And according to Harris, Saint Valentine was a Roman Catholic who fell in love with his jailer’s daughter before his beheading.

“Isn’t all of life about our mortality?” Frank W. Anderson said. “Isn’t every day a reminder that we are both immortal and mortal at the same time? I think any day is a good day to celebrate a good relationship.”

And the Andersons have a lot to celebrate. When Frank first asked Mary out on Valentine’s Day in 1975, they walked for hours on the grounds of Newberry College and picked daffodils. Coincidentally, they both already knew they wanted to be pastors.

“Dating at Newberry was basically carrying her books around,” he said.

Then she broke up with him — twice.

“I just thought he was immature,” she said. “But then, I realized I’d be better with him being dead than him walking around with us not together.”

At the time, Frank was part of the Missouri Synod, a Lutheran denomination that doesn’t allow female ministers. His pastor even told him that that God would end their relationship. Forty-three years in, they’re still going strong.

“When you do it for the long haul, there’s a lot of up and down,” said Mary W. Anderson, an interim pastor at Mt. Hermon Lutheran Church. The contrast of solemnity and sadness for Ash Wednesday with romance and love for Valentine’s Day is similar to relationships in everyday life, she said.

With a fried steak dinner and candles, Frank Anderson brought the romance Feb. 10. And the diamond earrings, of course.

“I got her the best present that I’ve ever gotten her in our 40 years of marriage,” Frank Anderson said. “It’s just really nice to be able to surprise somebody.”

While Ash Wednesday falls on Valentine’s, the end of Lent — Easter — also falls on a secular holiday: April Fool’s.